What am I thankful for? The chance to see Claudio Simonetti’s Goblin perform their iconic Suspiria (1977) score live, along with other giallo masterpieces. 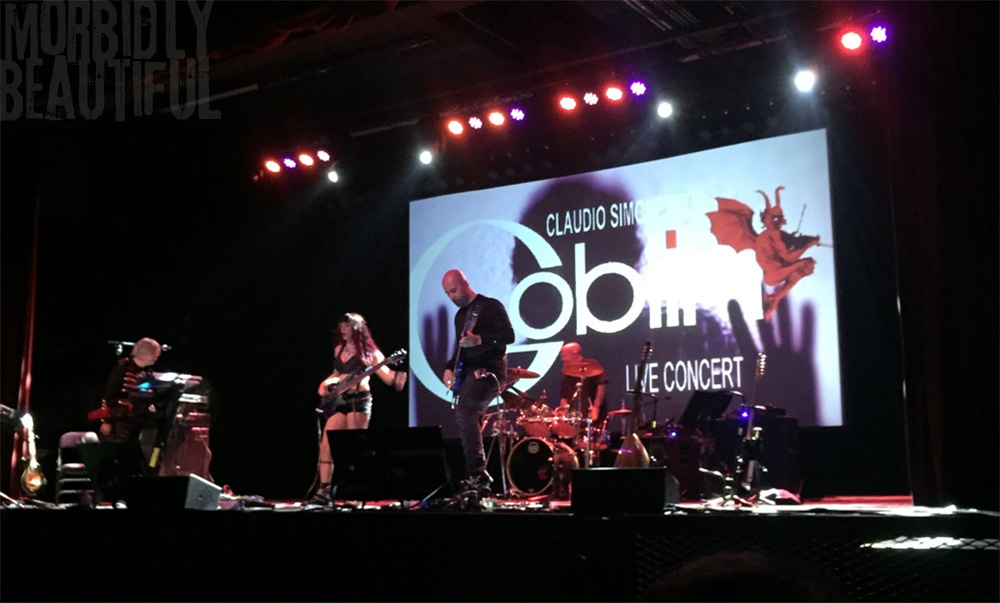 In this month’s edition of Monster’s Toy Box, we’re going to be covering the 2018 Goblin, Suspiria Tour. With Luca Guadagnino’s re-imagining of Dario Argento’s 1977 classic currently hitting theaters, the band that originally composed the score to the film, Goblin, launched their tour performing a live score during a screening of the original film.

Goblin is an Italian progressive rock band, known for producing the scores to some of the most beloved horror films from the 70s and 80s, along with other soundtrack work. The band has also notably worked alongside Dario Argento, scoring some of legendary directors most infamous Italian horror films. 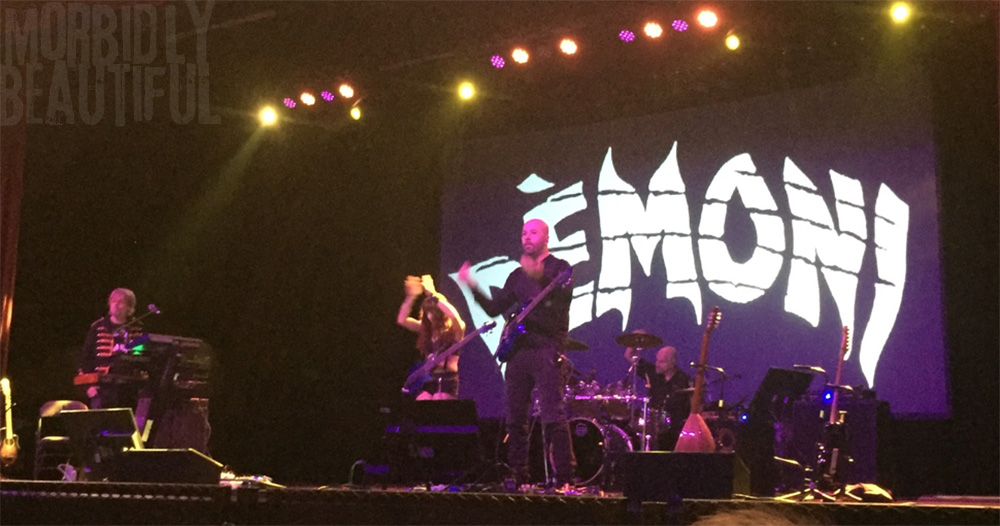 There have been many different versions of the progressive rock band throughout the years, as a number of members have come and gone since its inception. However, we were lucky enough to catch the modern day version of the group, starring original band member, the one and only maestro, Claudio Simonetti!

Claudio Simonetti’s Goblin (aka Daemonia), consists of Bruno Previtali on guitars, Cecilia Nappo on bass, Titta Tani on drums and the legendary Claudio Simonetti on keyboards. Bearing witness to the live scoring during the screening of the 1977 Argento classic is something you just can’t put into words. It’s essentially a concert for lovers of the macabre, and definitely unlike any other thing out there. It’s by far the best concert I’ve ever personally had the pleasure of attending. 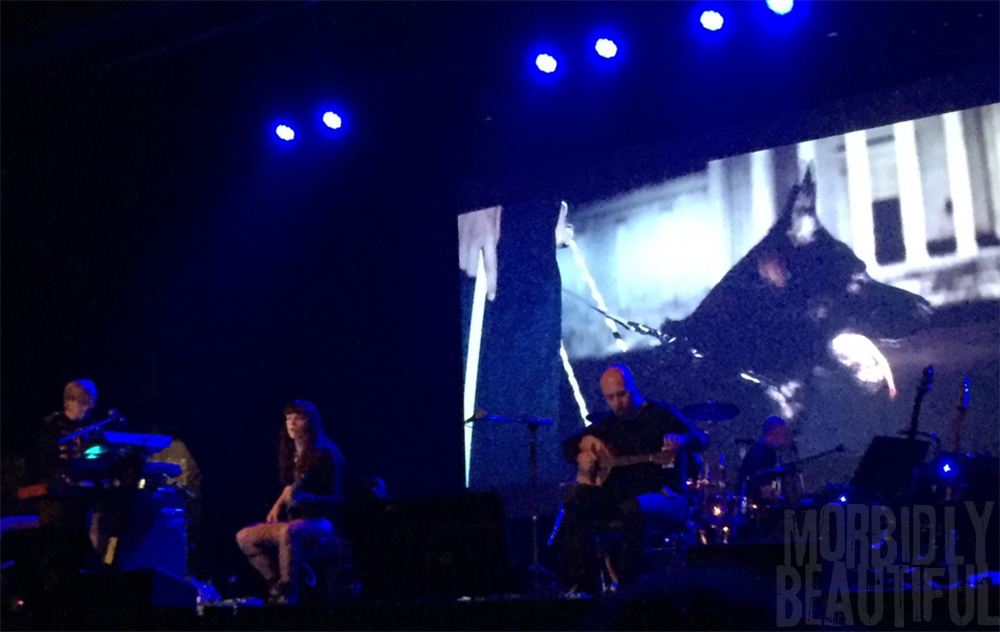 It was radical to not only watch the band perform a live scoring while the original 1977 Suspiria played on the big screen in the background, but when the parts of the film came on that required no music, fans were fortunate enough to watch the film with the band, as they all viewed monitors in order to know when to cue the music. Needless to say, they never missed a beat. Although I’m sure with as many times as they’ve performed the songs together, they’re sure to have it down pat. No matter the case, it was simply astonishing to behold.

After the film finished, the band played a second set, which was nearly equivalent to that of the first. The extra set contained a handful of songs from the band’s most adored soundtrack scoring. Films such as Lamberto Bava’s Demons, Dario Argento’s Deep Red, Phenomena and Tenebre. The band also played music from George A. Romero’s legendary 1978 classic, Dawn of the Dead — dedicating the performance to Romero beforehand.

Listening live to the music responsible for influencing an army of dedicated horror fans for over twenty-five years, was epically priceless. 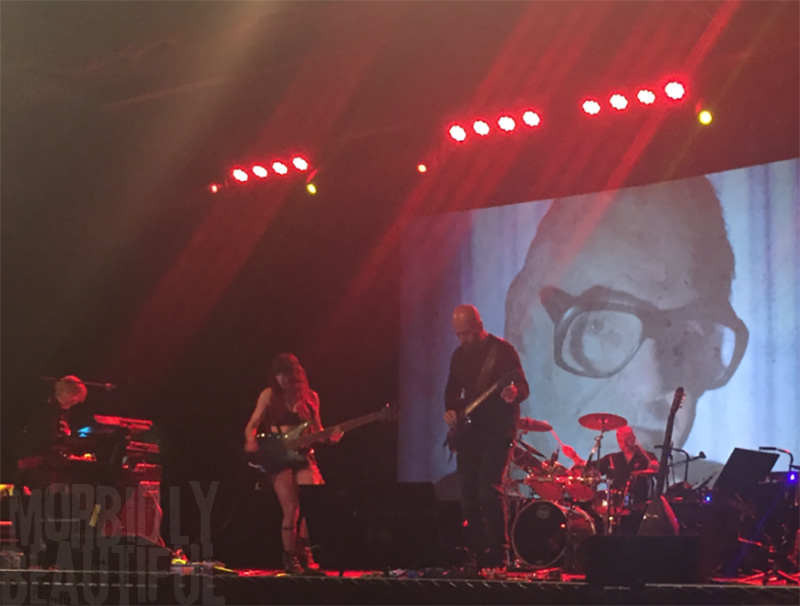 In the second set, the band had a chance to let loose and rock out, no longer confined to their seated positions like they were during the live scoring. They seemed to thoroughly enjoy themselves, as Cecilia Nappo and Bruno Previtali took turns jamming with each other, Tani and Simonetti. The fans were given a closer look at the band during the second set and were privileged enough to witness the camaraderie and closeness the group possessed. It was really something quite special to observe.

As a huge fan of Goblin’s soundtrack work, it was pure bliss to watch clips from some of the greatest horror films of all time, all the while listening to the music from those films. I seriously couldn’t get enough. Goblin really commanded the stage and everyone’s attention. We could have watched the group play into the wee witching hours. 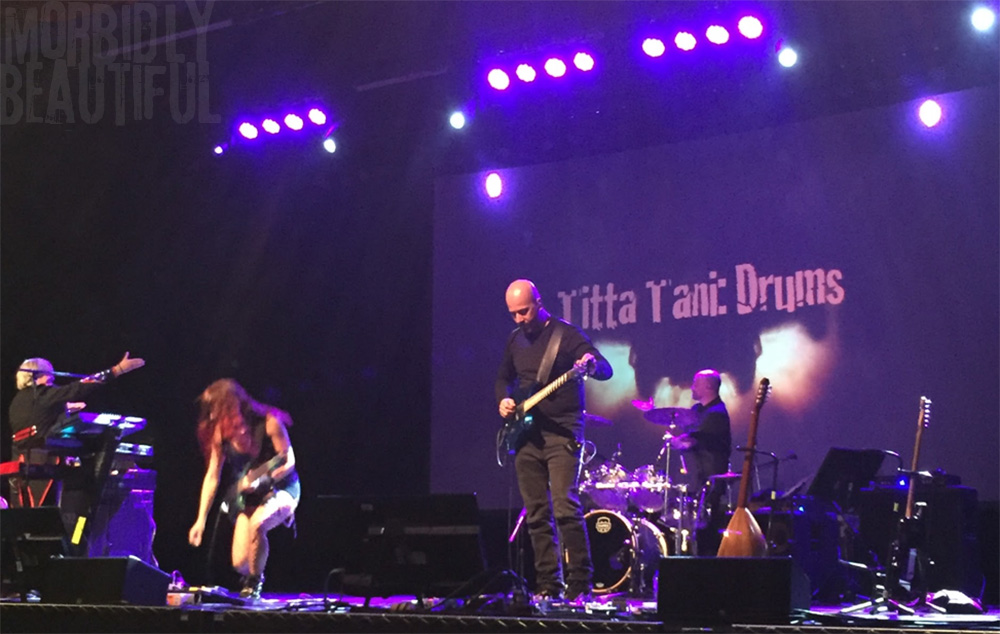 Claudio Simonetti’s keyboard work was absolutely phenomenal! The way the masters fingers gilded with ease and speed, is something you have to see to believe. It’s one thing to listen to the scores, but to see his work firsthand, it’ll leave you speechless. It’s truly and utterly unbelievable.

The Goblin concert is an event not to be missed. If you’re a fan of old school Italian horror films, or just a fan of awesome music in general, then this is a show for you. It’s definitely worth more than the price of admission. Spending a night with the band responsible for an onslaught of nightmares is utterly unforgettable. 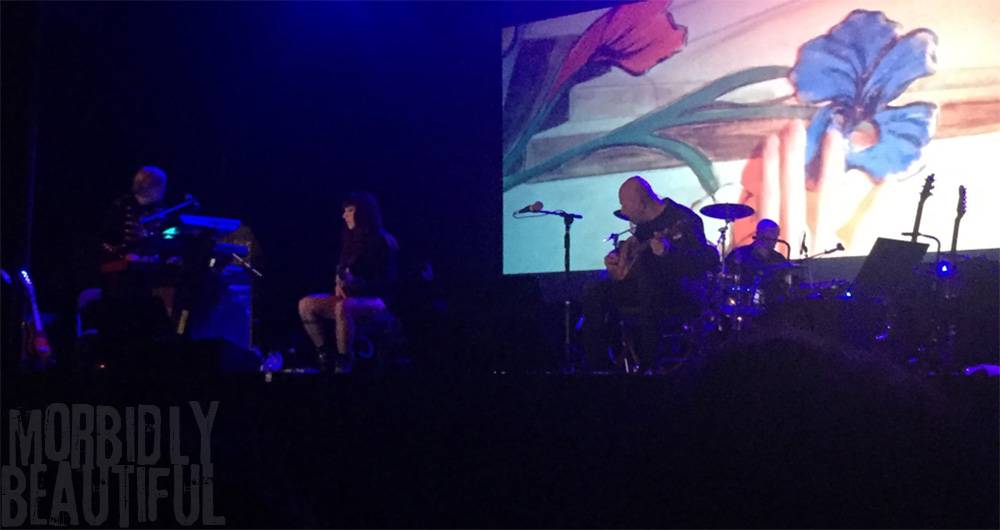 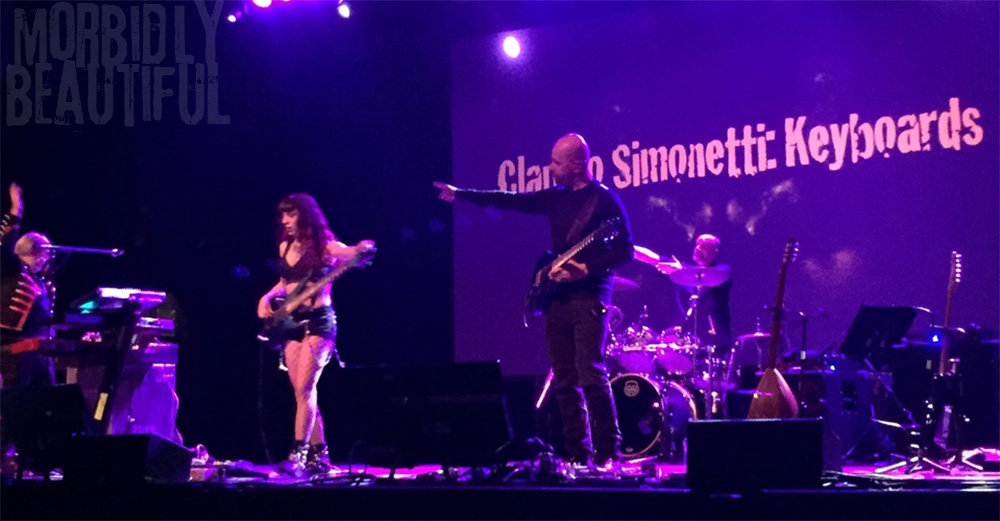 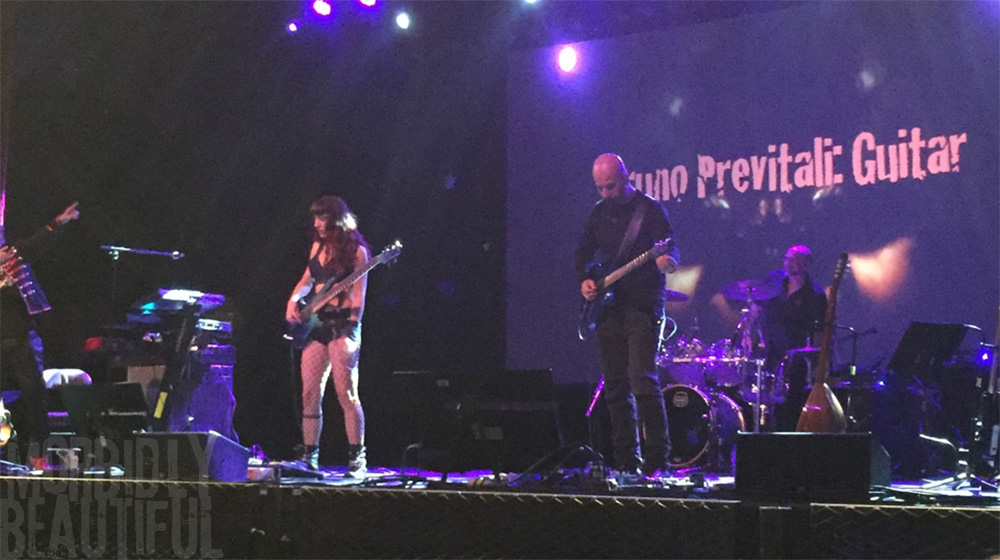 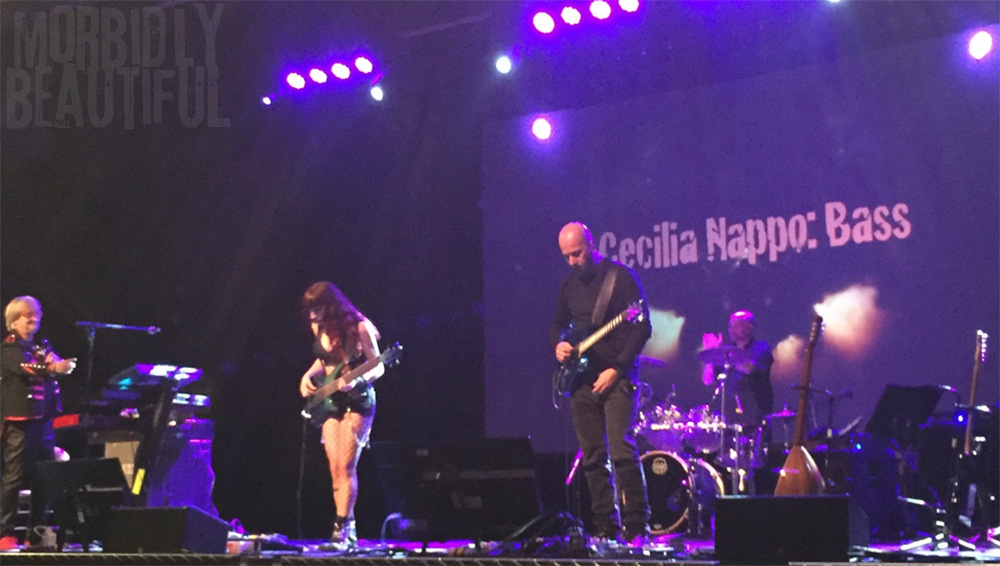 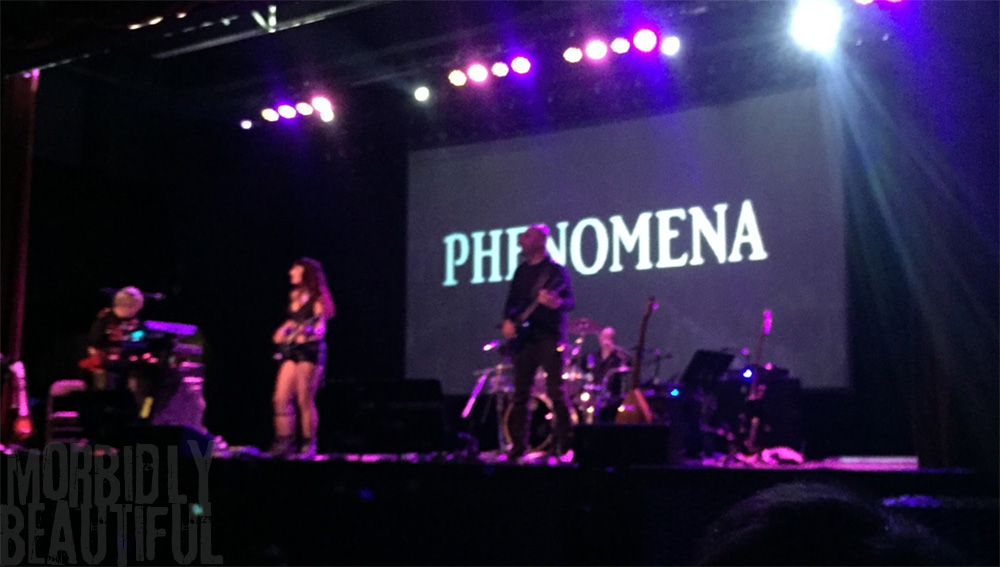 So, grab yourself a ticket while you still have the chance. The show is absolutely spectacular, and will surely put a smile on your face. Whether you’re a hardcore horror junkie or just someone looking for an exciting time, don’t miss out on this one of a kind experience.