Caroline Williams and the Rise of the Ageless Icon

From K-OKLA to WLST, Caroline Williams arrives on new airwaves in “Ten Minutes to Midnight”, proving the sun hasn’t set on her bright career.

I know that many of us are bonded by our love for the 1986 Texas Chainsaw Massacre 2’s leggy radio DJ. While Caroline Williams’ legendary role in that film inspired many of today’s Horror filmmakers, I’d like to now turn your attention to one of her newest roles in Erik Bloomquist’s Ten Minutes to Midnight.

Williams brings a one-of-a-kind life force to the character of DJ Amy Marlowe. But while this film once again finds the Horror icon playing a mistress of the airwaves, don’t expect to see just another rehash of her memorable role as Stretch.

Williams proves that her legendary status is well earned, far beyond just one iconic character, and she truly shines in Ten Minutes to Midnight.

In the film, Bloomquist takes us on a dark journey, following a DJ’s forced retirement from the workforce. 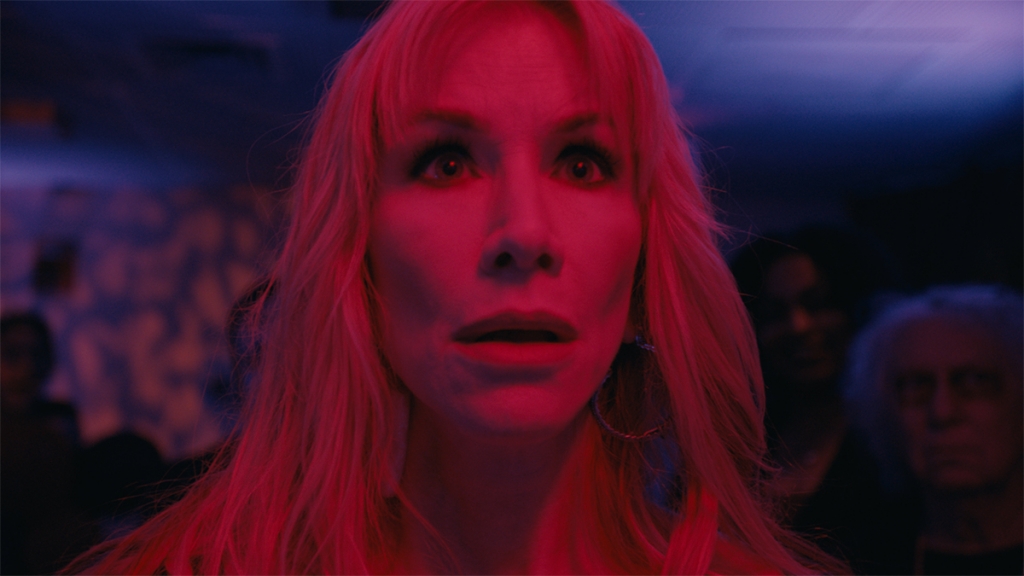 It’s not what I would call 100% horror but rather a poetic and dreamy infusion of both psychological horror and drama.

The interesting characters come to life thanks to an exceptional cast, led by a luminescent Williams as the veteran late-night radio host facing her last night on the air — and the strangest night of her life.

Williams is beautiful, radiant, instinctual, careful, aware, and extremely vulnerable. Give her any challenge, and she lays siege to it with such brilliance.

First, let us talk about nostalgia.

Caroline and The Saw 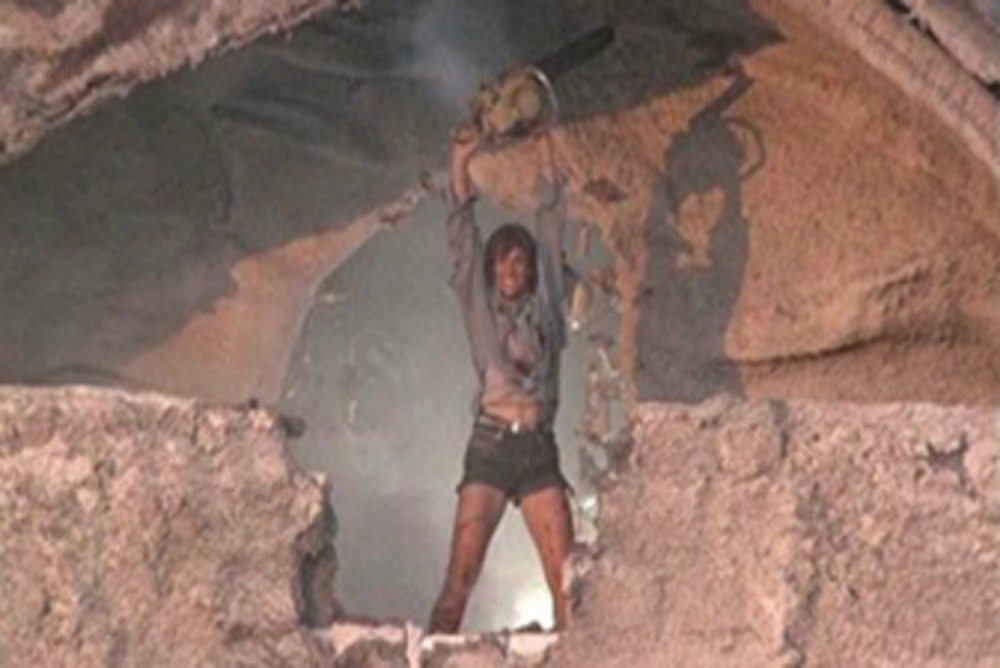 The scene indented in our minds forever: the fearless Stretch holding up high the yellow saw at the top of the slaughter compound.

She becomes the honoree final girl to follow Sally Hardesty in the franchise. Not only does she hold that saw with conviction, but she embodies its power as an actress. Throughout her career, she has represented the metaphor of the saw — a hefty tool that can cut through even the toughest and most inpenetrable of surfaces.

With piercing blue eyes and ravishing beauty draped in denim, Williams was made for this role as the heart and soul of K-OKLA.

Director Tobe Hooper understood he needed a force of nature to play opposite the legendary Dennis Hopper, and he found that force in Williams. Together, Williams and Hopper would allow us as viewers to face the skin-ripping terrors of life in the tunnels of Sawyer hell. A strong talent of Williams was to play on our senses in her encounters with Leatherface (Bill Johnson), throwing his advances back at him with, “Are you mad at me? You’re really mad at me? You’re not really mad at me?  How good are you?”  We believe she can survive or negotiate herself out of any quandary.

To hold the saw metaphorically, you have to be clever and manipulate the subject at hand.

As Stretch, Williams was truly vulnerable — the victim of Lefty’s (Hopper) agenda to draw in the Sawyer family. He tells her, “I had to do it, damn, I used you girl.”  But as Amanda, she’s in control. Just as Stretch was cornered into uncompromising positions at end of the blade from Leatherface, Amanda equally puts everyone in compromising settings.

She bails out Mary Beth (fellow Scream Queen, Danielle Harris), giving her justice from the family curse, yet setting her up as bait every step of the way. Her calculating attempt to prove Victor Crowley was more than mythology puts her in the path of the brutal killer of legend. As she faces her fate, she pleads, “I knew you were real. I came to save you!”

No one could have embodied the role of Amanda with the level of intelligence Williams did.

Her presence from the big screen was missing for far too long. But thanks to Green’s inspired casting choice (as well as her appearance in Rob Zombie’s Halloween II), her star was once again on the rise. She would later go on to star in BJ McDonnell’s Slayer, The Repentless Killogy.

The sun had not set on Williams’ impressive career, and her light was about to get brighter. 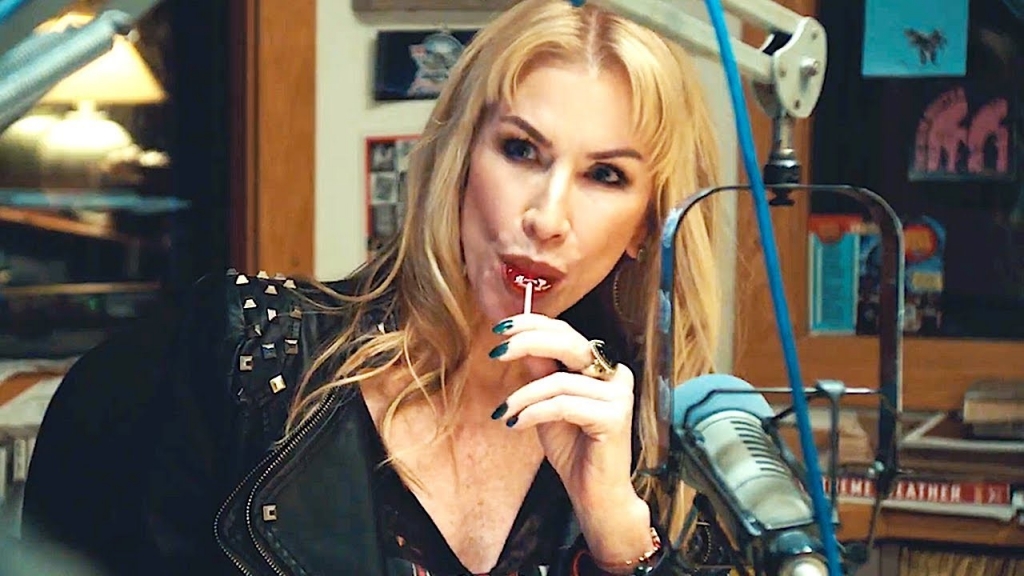 Adaptability is the greatest gift an actor has, and that is where Williams truly shines. She may be our beloved Queen of the Saw, but I am here to tell you that she is equally the Queen of Sundown.

Sundown is, of course, the time when the sun goes down and the night begins. However, in the Horror genre, when darkness falls is when the hidden becomes illuminated. Vampires, monsters, boogiemen, and ghosts — all these mysteries begin to unravel when the sun goes to sleep. That which we cannot see coming — the unseen terrors that hide in the darkness — forms the basis of our deepest fears.

Ten Minutes to Midnight capitalizes on those fears and uses the strength of its star to sell both the real and the allegorical horror.

The Bloomquist brothers, Erik and Carson, have written something unique, fresh, and introspective. On its surface, the film is about a punk rock disc jockey, Amy (Williams), who gets bitten by a rabid bat on the eve of her final graveyard shift broadcast. As the night unfolds, during a massive storm that traps Amy and her co-workers inside, she begins to fear she can’t trust her senses or anyone around her.

It works quite well as a classic horror tale, with plenty of blood and terror.

But there is a deeper layer of fear and sadness that permeates this character-driven tale, made all the more effective by Williams’ powerful performance.

The pressure society puts on us to stay young and vibrant, else we risk losing our perceived viability in the workforce, is a very real and pervasive horror.

That pressure is often magnified considerably for women, who often feel less valued as they age and become (in the eyes of others) less beautiful or desirable. Often, even if we feel just as capable as ever and just as passionate about our life’s calling, society insists we throw in the towel at a certain age: accept retirement, give up that which fuels and fulfills us, and fade into the background so the light can shine on someone younger.

In that way, Ten Minutes to Midnight also becomes a very honest and affecting film about aging; the desire to turn back the clock and the fight to keep a new day from dawning — a day we thought, or at least hoped, would never come. Often, it’s not literal physical death that scares us the most but rather the metaphorical death of who we were and who we wanted to be that truly terrifies us.

Not wanting to give you too many spoilers, my advice to you is to watch this film without any expectation of seeing a simple rehash of Williams as Stretch.

While Texas Chainsaw Massacre 2’s Stretch may have been the performance that made her a horror icon, Caroline Williams’ performance as Amy in Ten Minutes to Midnight proves she’s a star. 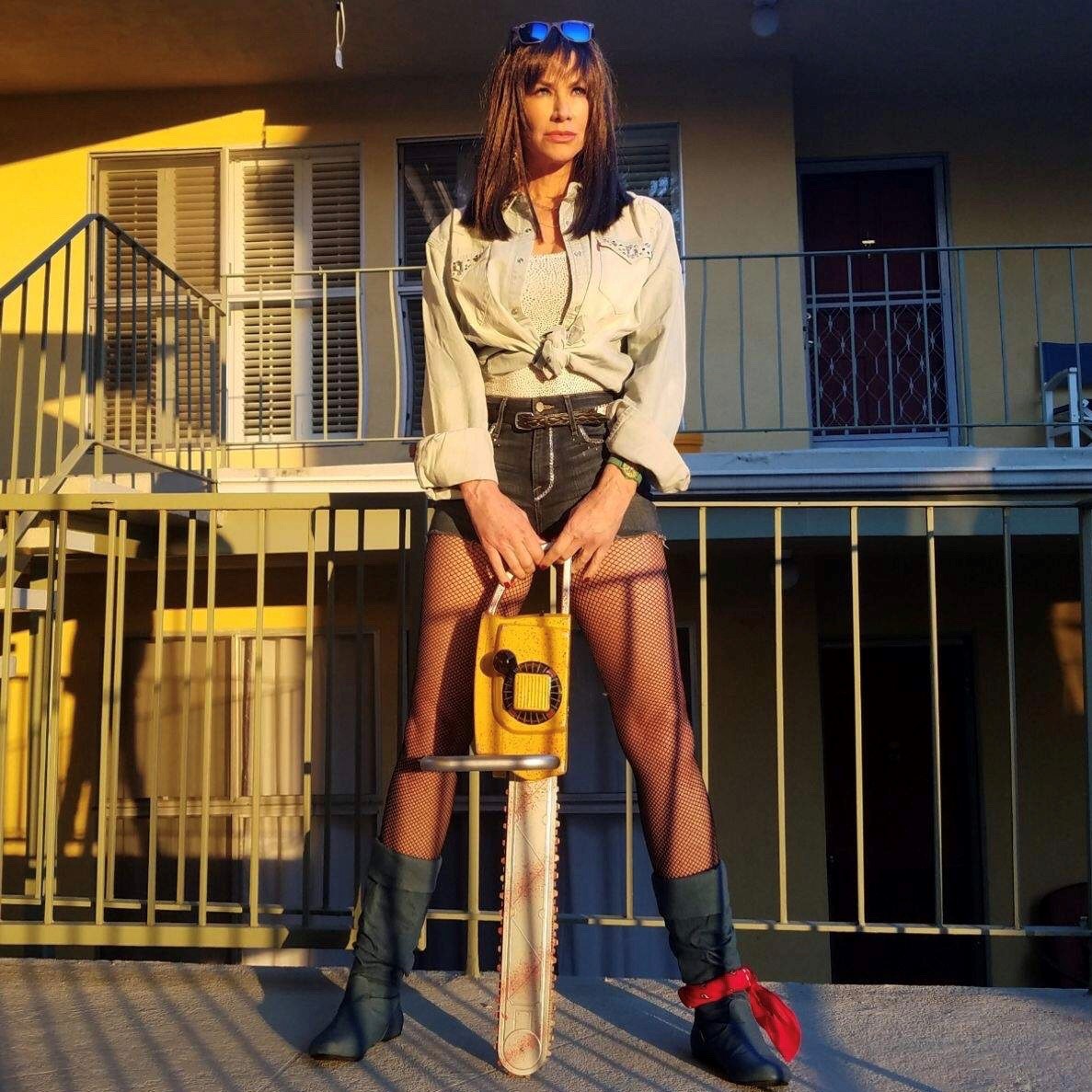 Unlike her character in this film, Williams’ star is far from dimming. She has been able to profoundly cut through typecasting and beautifully illuminate many diverse characters over the last few years, as she’s enjoyed a career renaissance.

Serving as a producer on Blind last year, she brought phenomenal realism to her character Sophia as a blind woman. In the cleverly written Greenlight (2019), she stars as Nancy, the producer’s ambitious wife and actress.  Finally, in the just-released Cold Blooded Killers (2021), she gets to kick butt alongside soul sister and fellow woman in horror icon Felissa Rose, playing Becky, the feisty and quick-witting strip bar owner.

Caroline is in her sixties now, and I am in disbelief. Like Rose, she defies age — and expectations about what older women in horror and Hollywood can and should be doing. 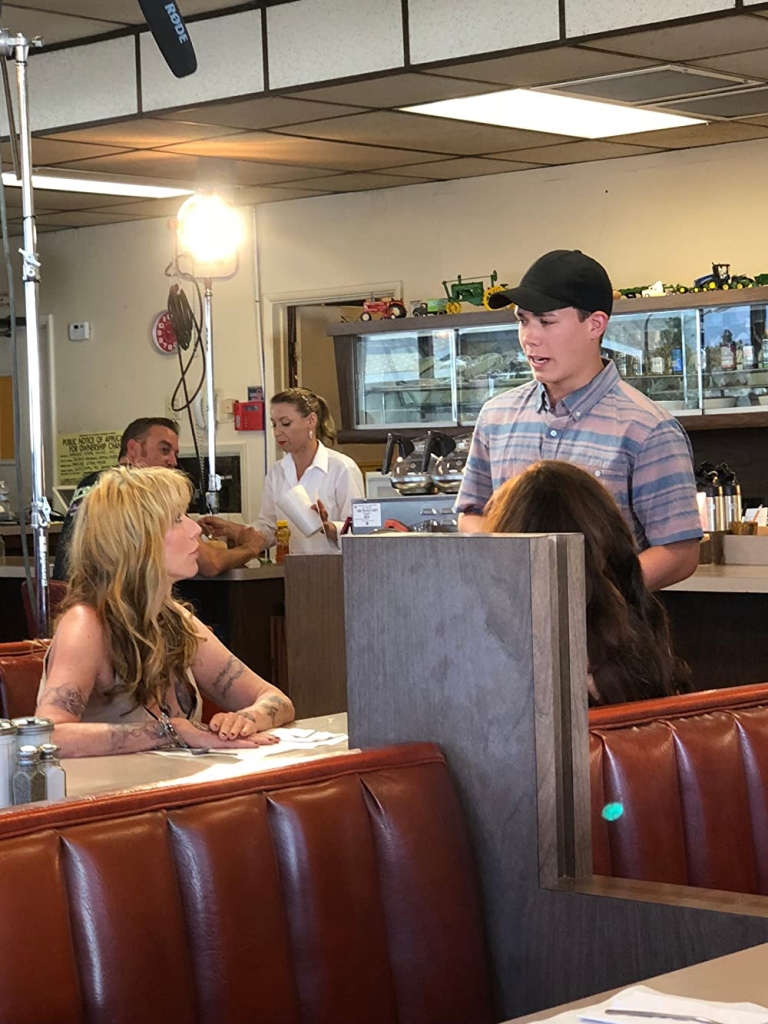 But far more meaningful than how great she looks is how she continues to hone her craft and proves that great talent doesn’t have an expiration date. Like a fine wine, it often just gets better with age.

With icons like her finding favor with so many directors and casting agents, not to mention those amazing screenwriters who continue to craft compelling roles for older actresses, there is so much hope for this genre to lead the charge when it comes to breaking age-old perceptions that everything worth having/doing/desiring is left behind in youth.

Horror is special in so many ways; I don’t need to tell you that. But perhaps the greatest gift of the genre is that it doesn’t turn its back on its aging stars but rather welcomes them freely, like a vampire embracing the night — or a chainsaw-wielding icon embracing the power of her unique voice.

Caroline is a true gift to the genre, and her outstanding performance as Amy Marlowe in Ten Minutes to Midnight will stay with me for a long time. She is a testament to the (thankfully) changing times.

Written by Laura Sloan, in collaboration with Stephanie Malone (Editor-in-Chief)