We unleash the beast with a welcome blast from the past and a heartbreaking modern monster movie: “The Slayer” and “The Monster”.

It was another light week of horror viewing, but I ended the month on a high note — checking out two great (but very different) monster movies. 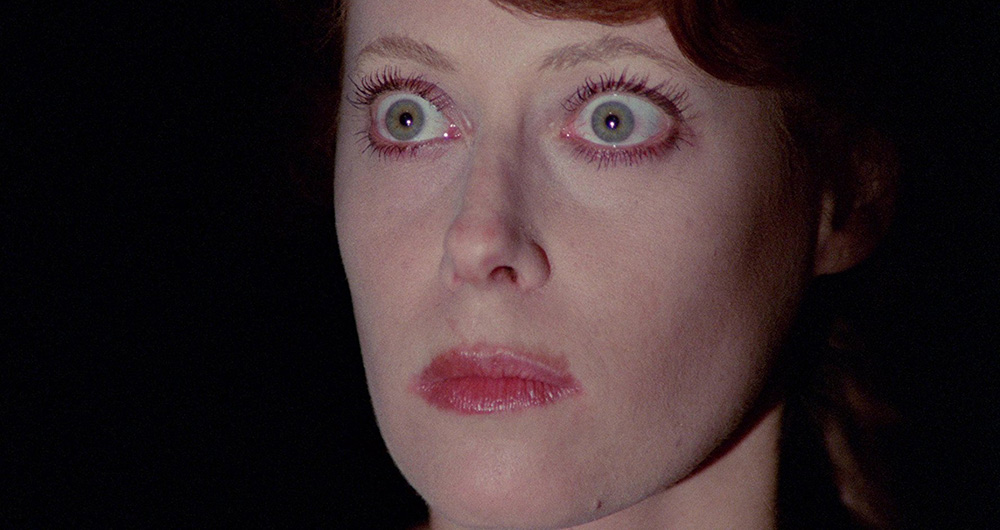 Several years ago, a so-called “VHS grindhouse/Video Nasty” nostalgia party started in the horror community. Thanks to wonderful niche labels like Arrow, Olive Films, Code Red, Severin, Scream Factory, and Synapse, movies that bled crimson horror messes from VHS “big boxes” in 1980s mom n’ pop stores have been given a second (or sometimes third, or fourth) chance to shine. Movies that were banned, or worse—just cast aside, ignored, and deemed pointless trash—were given the chance to capture our hearts and middle school mentalities all over again.

Arrow has remastered and re-issued a number of remarkable titles: the first two Re-Animator movies, Society, The Strange Case of Dr. Jekyll and Mrs. Osborne, The Mutilator, Island of Death, Microwave Massacre, and Evil Ed, just to name a few. I make a point to buy as many titles as I can. There’s something so luridly delightful about having grimy old VHS horror movies like these finally in my collection, but on Blu-ray, and in such snazzy packaging, no less. 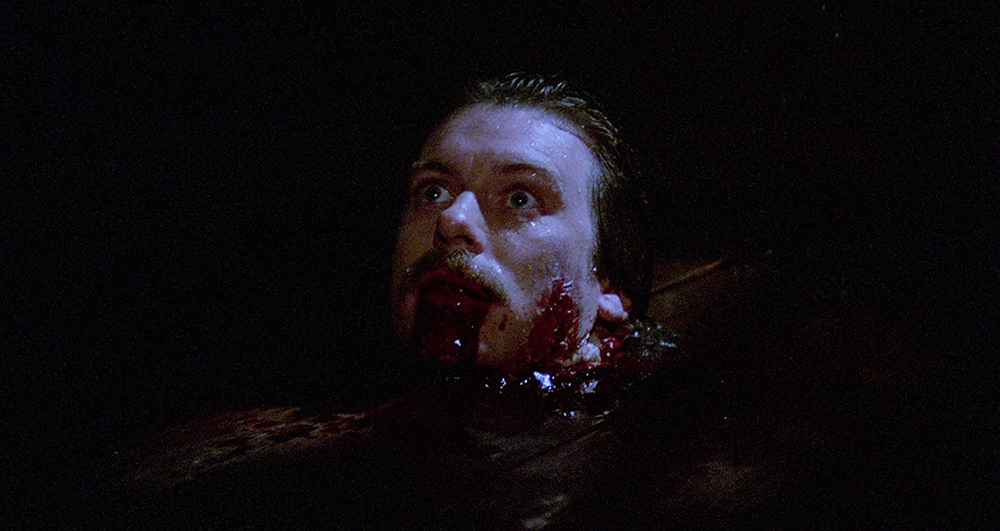 One of these titles is The Slayer, a film from the golden era of slasher horror. I have been so desperate to see it. And now, thanks to Arrow Video, I can. With The Slayer, we have a standard “attractive-twentysomethings-in-peril” setup, but with a few unique details. The main character, Kay, is a surrealist painter who dreams nightmarish and horrible images, and senses an impending doom that surrounds the vacation house she is sharing with her friends.

They blow off her paranoia, which ohhh deliciousness you know is a mistake. The first victim gets his head caught in twin attic doors, and basically just dangles from the ceiling until his body weight pulls him – body only – to the ground. Fucking sweet kill. 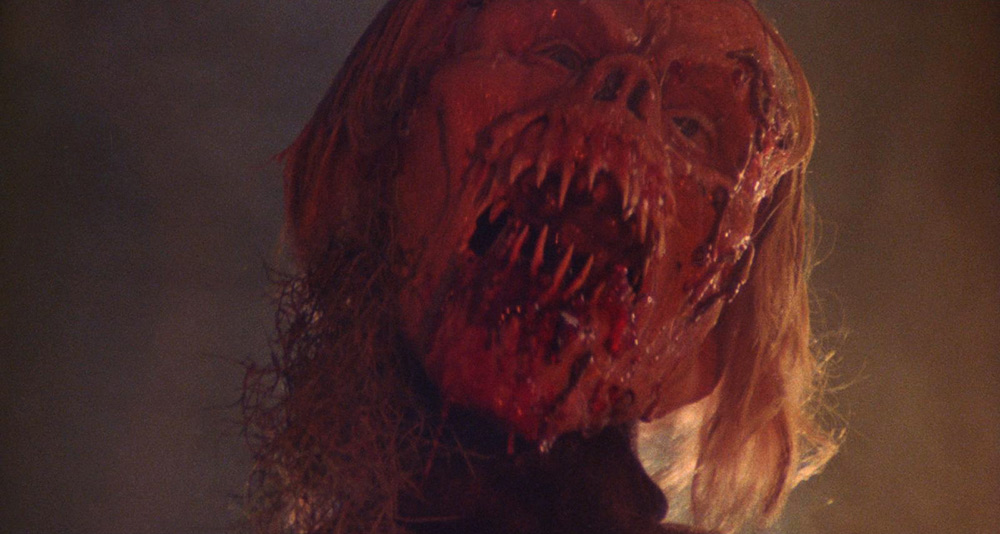 The bottom line is, it’s a great thing seeing this minor horror cheapie get better packaging and Blu-ray treatment than some of the current tentpole major studio blockbusters. Like many of Arrow’s releases, this was made with the dedicated collector in mind. There are a multitude of extras, including a brand new documentary that clocks in at around 52 minutes.

Arrow’s THE SLAYER is a fine trip down memory lane, and a proud addition to anybody’s collection.  When your friends come over and look at your discs, they’ll see THE SLAYER and say “Awesome, you have THAT movie!”

The Monster (2016, directed by Brian Bertino)

Such a tragically plain title for a movie. The Monster is a very simple and straightforward film, though, and the two lead actresses carry everything perfectly. Zoe Kazan (with her black lava Lauren Ashley Carter eyes) plays a young, single, and overwhelmed mother named Kathy. Her ‘tween daughter, Lizzy, is played by Ella Ballentine, and is even more overwhelmed.

She is actually the mother of the household, since Kathy spends literally all of her time drinking and partying. Lizzy is completely neglected and ignored, and appears to be raising herself. The movie spends some time showing us their heart-wrenchingly damaged and hostile relationship, which helps give the main action of the movie an impressively heavy impact. The beginning made me cry, actually. Twice. 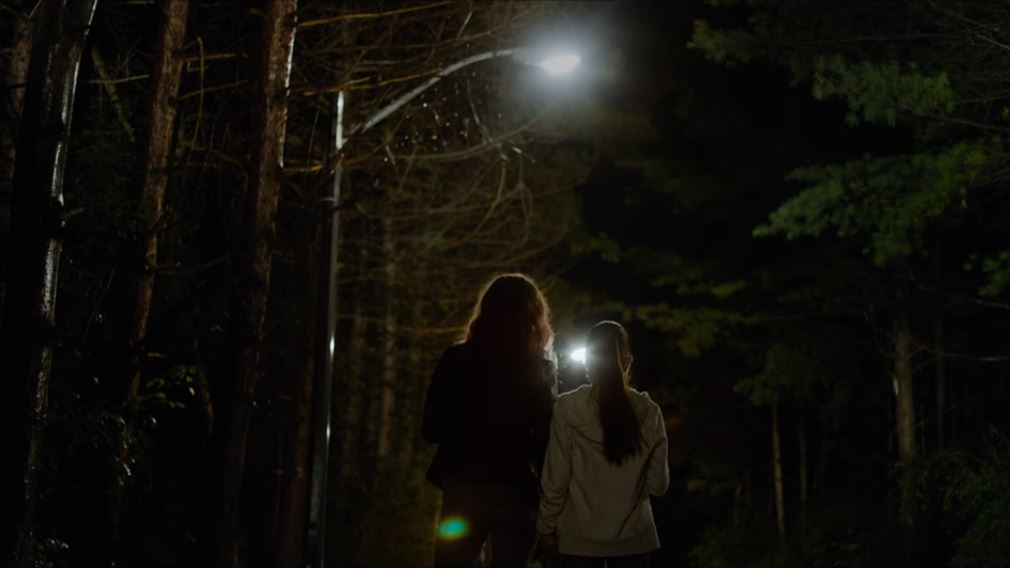 Lizzy decides she wants to live with her father permanently, and due to excessive partying, Zoe oversleeps on the day she is supposed to drive her to his house.  Therefore, they have no choice but to make the trip at night, in a rain storm. They snark and fight in the car, until Kathy accidentally runs over a wolf while on an isolated rural road. They take a closer look at the wolf, who appears to have been battling something before their car took it out.

What was it fighting? Well, of course, it was a monster! The monster, a slimy ball of muscle and teeth (not unlike the creatures in the Feast franchise), sets out to do absolutely everything in it’s power to munch on Kathy and Lizzy. They hide in the car, panic, bond, and share bittersweet words. The monster itself becomes a secondary element, although in general the gore and horror scenes did remind me of Penny Dreadful and Splinter, as far as atmosphere goes.