“The Mute” is a beautiful and captivating film from Poland which explores themes and concepts that have been debated by mankind for centuries. 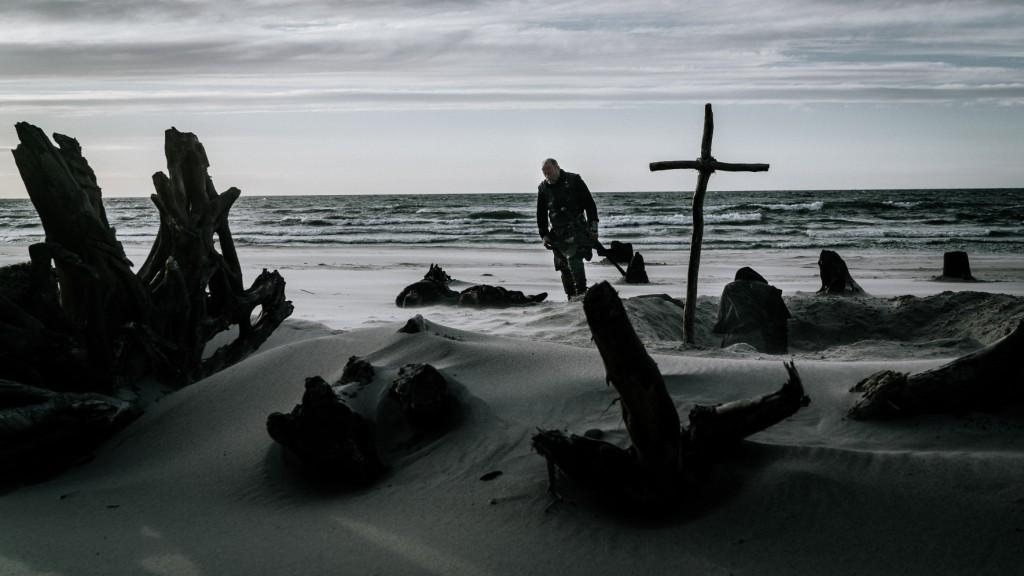 At this year’s Cinepocalypse, there will be tons of buzz and chatter about certain films slated for showing. When the talk is about the most beautiful film of the festival people, will most likely be talking about the 2018 Polish drama The Mute.

While the movie most certainly includes a mute, I much prefer the Polish title Krew Boga, which roughly translates to God’s Blood.  This is a more accurate representation of this movie — as it is certainly about God, and there most certainly is tons of blood. 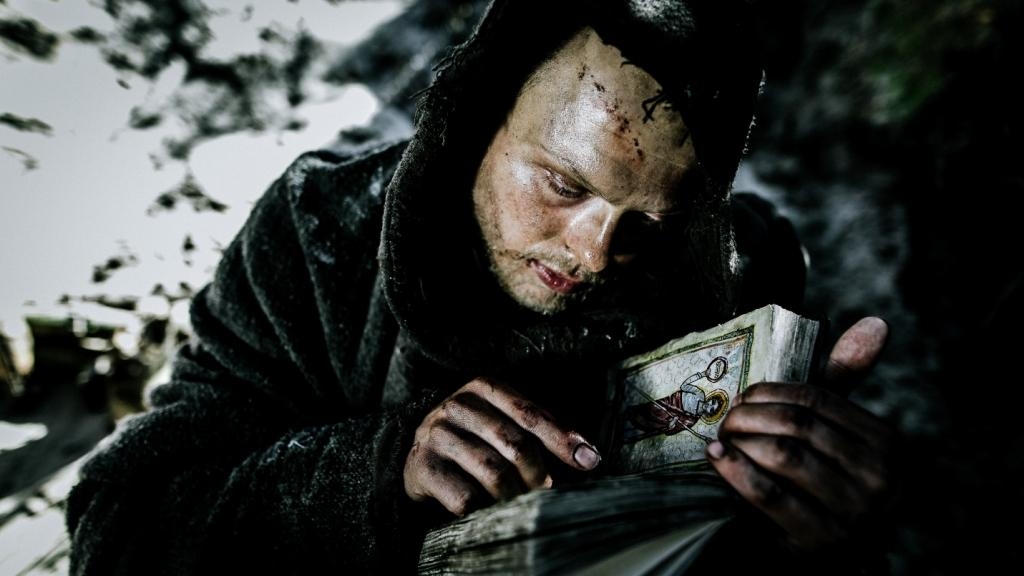 The movie is set in the Middle Ages and centers around two knights who are sent by the king to christen a pagan village of mud people in the mountains.

Now, when it comes to the horror element this, film is lacking. There are no ghosts, no demons, and no pagan monsters. And while the plot centers around a primitive tribe, there is no fear of cannibalism like so many movies about tribes include.

Instead, this movie focuses on the drama aspect of the ongoing battle for man’s soul. 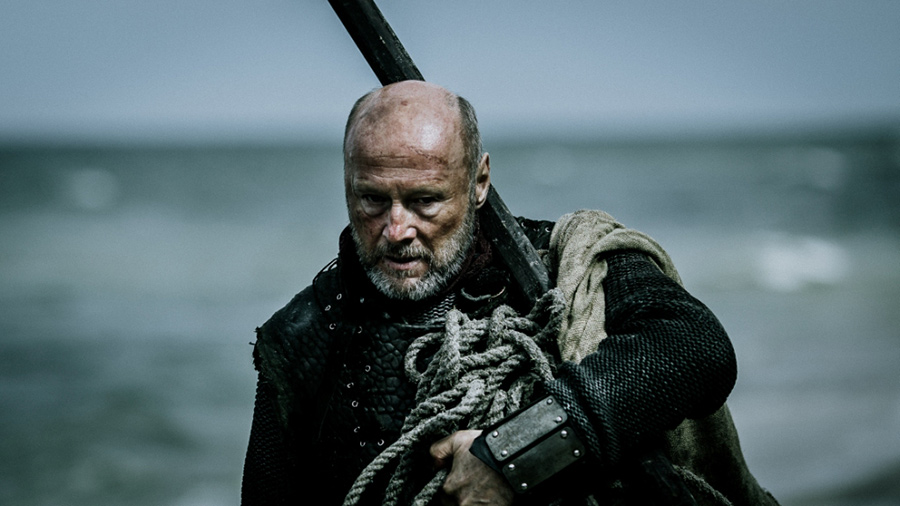 It’s about the eternal struggle between good and evil, hate and love, God and the various Devils which may emerge in the psyche of men.

One of the knights, Willibrord, uses strength to spread the word of the lord. He confronts the village shaman directly and openly during one of the tribe’s sacred ceremonies, challenging the validity of his god through a trial by fire. The other knight, who remains nameless throughout the film, disagrees with these tactics. Instead, he looks to spread the word and the gospel of salvation for all.

That is the central conflict of the two main characters.

Willibrord sees death of certain members of the tribe as sacrificial to God’s will and prays God lets them into his kingdom, while his counterpart feels salvation is for all mankind. It’s the classic Calvinism vs Wesleyan debate, which has been discussed ad nauseam for the better part of 400 years within the Christian religion. The non-religious will also recognize this as the great free will vs determinism debate that has raged for centuries since the early Greeks and Romans.

Philosophy aside, The Mute is a truly beautiful film that has tons of little details that expand upon its beauty. 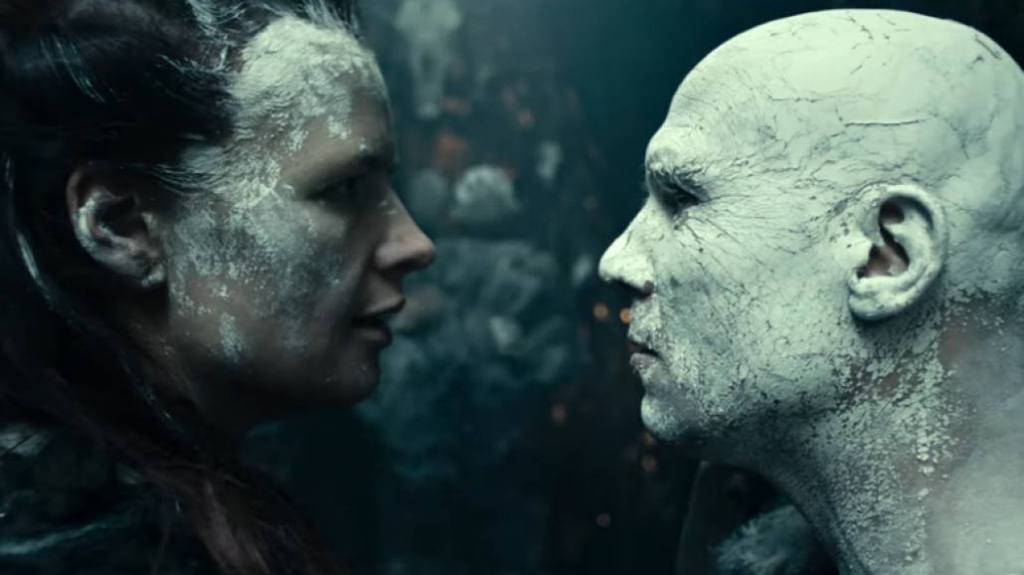 For instance, the entire film is in Polish, minus a few lines from the King towards the end. Of course subtitles are included. But for the people in the tribe who speak their own unique language, there are no subtitles. It leaves much to the imagination as to what is being discussed exactly. But the basic premise acted out through facial expressions, changes in tone and body language convey everything you need to know about what is said.

Also, the entirety of the movie is wet, muddy and in a dark blue hue which truly reflects the depressing and somber tone of the movie. Too often directors will add tinting to a film that’s just for style. The tinting in this film is for effect. 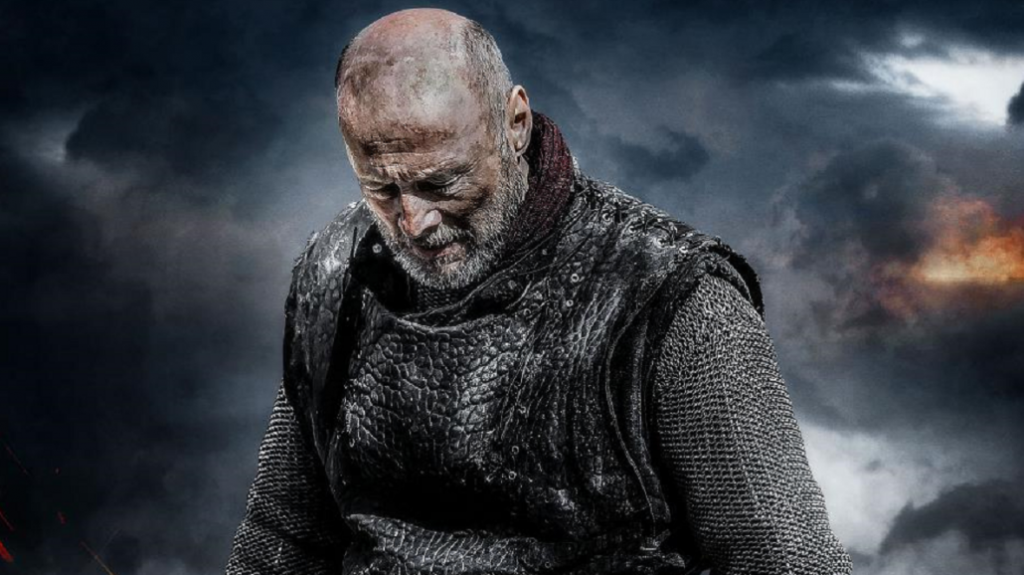 Pacing wise, the film is very slow. But it has to be. This isn’t a slam bang goblin movie with a creeping Satan lurking in the woods. It’s truly a visual representation of an ancient debate regarding the meaning of human existence. It needs tension, it needs dreariness, it needs long extended breaks in dialogue allowing only emotions to speak for it.

Overall, The Mute is a fantastic film, especially if you don’t wander in expecting a medieval horror film.