On the twenty fourth day of Christmas, Glass Eye Pix gave to me a peek into the Lair of Voltaire with a Christmas Eve treat, “Cookies for Candy Claws”. 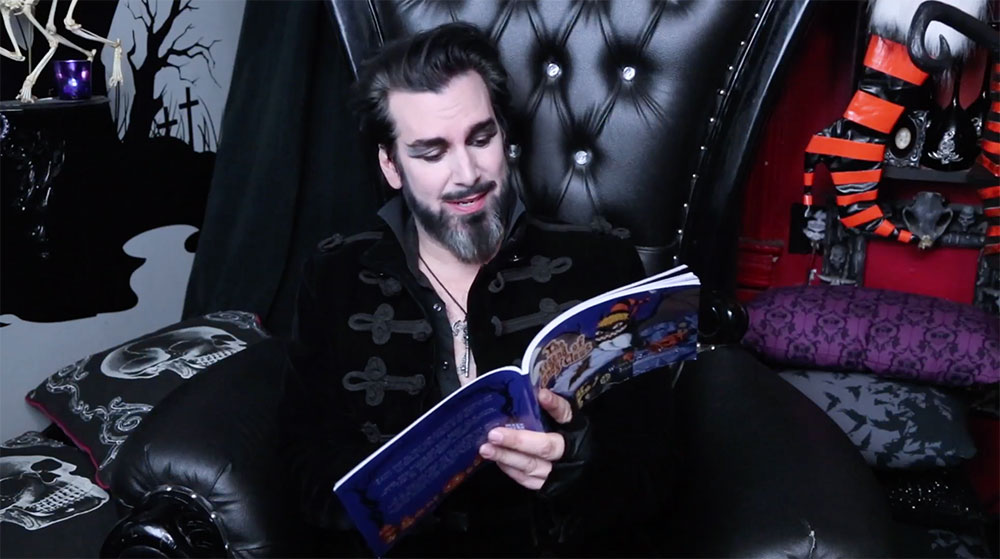 The 2018 Creepy Christmas Film Fest from Beck Underwood and NYC-based production company Glass Eye Pix serves up a very special episode of Gothic Homemaking with Aurelio Voltaire. Discover the legend of Candy Claws and meet a very naughty coffin imp with a sweet tooth in “Cookies for Candy Claws”. 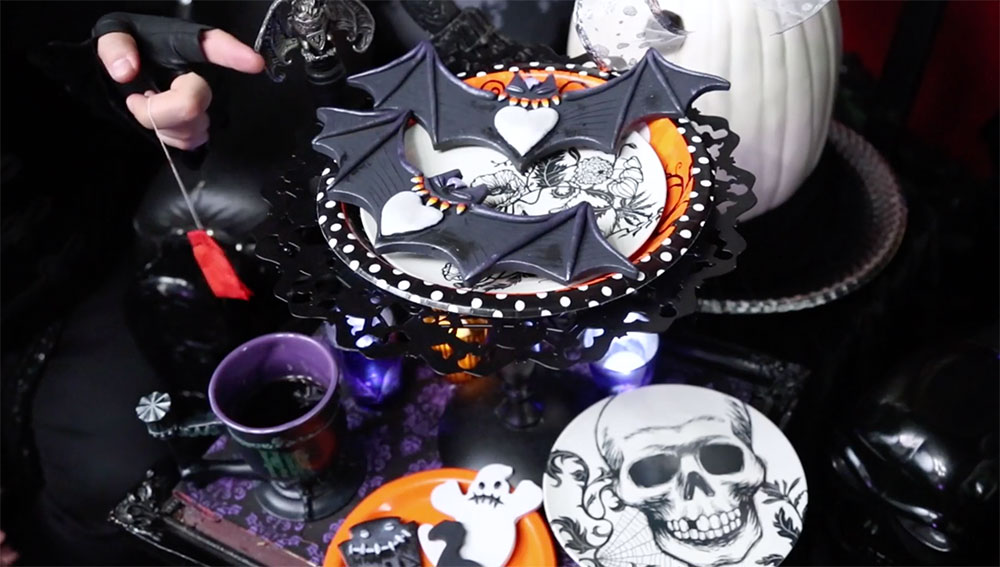 Prompted by the word COOKIES, Voltaire explains the inspiration for his Christmas Eve special:

“When the Creepy Christmas film festival folks gave me the word, COOKIES as a theme, I instantly knew what my piece had to be about. Christmas traditions on my Gothic Homemaking show include waiting at The Lair of Voltaire for the coming of Candy Claws, a giant gargoyle bat that steals back Halloween candy from bullies and delivers it to good little boys and girls on Christmas. And since we’d just done a Halloween special, it seemed to me that a Christmas episode called, “Cookies for Candy Claws”, was a natural fit.”

“The Gothic Homemaking show is pretty much what it sounds like.  Picture a younger Vincent Price and Crypt Keeper taking over for Martha Stewart and you have a sort of home decorating show for the damned.” 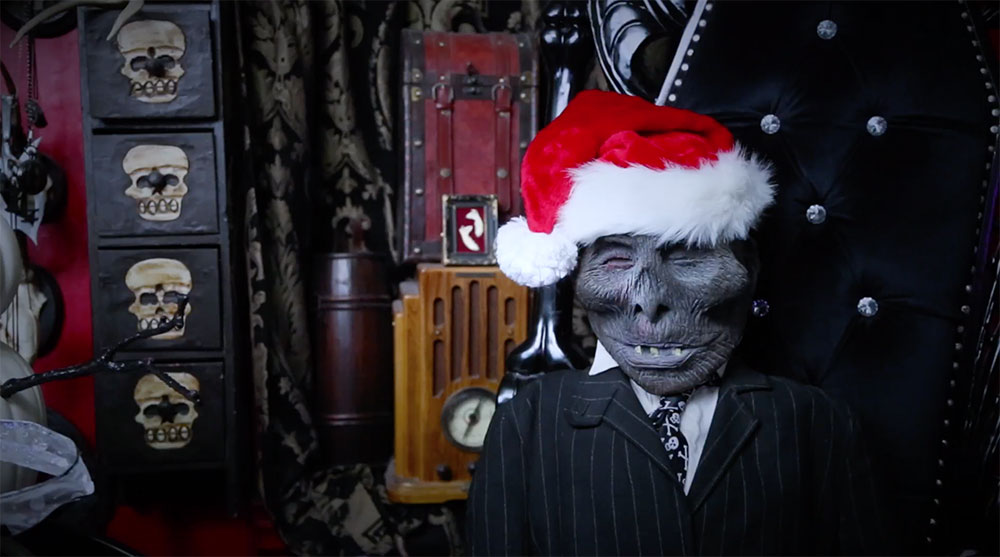 AURELIO VOLTAIRE is often described as a modern day renaissance man. A well-known personality and YouTuber in the Gothic, steampunk and geek circles, he is a singer, performer, filmmaker and creator of comic books and toys. Stop-motion was his first passion as a child and became his first career at the studio that created Pee Wee’s Playhouse, one of main inspirations for Gothic Homemaking.

He went on to direct some of the classic MTV station IDs in the 80s and his short animated film collaborations with Danny Elfman, Deborah Harry, Gerard Way and other musicians have won a combined 35 film festival awards. These days he spends most of his time recording new music, touring and filming his Gothic Homemaking YouTube show.  He hopes to end his days on Earth as a horror host surrounded by silly monsters and terrible puns.

Check out “Cookies for Candy Claws”, the entry for Day 24 of the Creepy Christmas Film Fest below.