On the second day of Christmas, Glass Eye Pix gave to me “Secret Santa”, a beautifully shot and captivating tale of a Santa with a secret of his own. 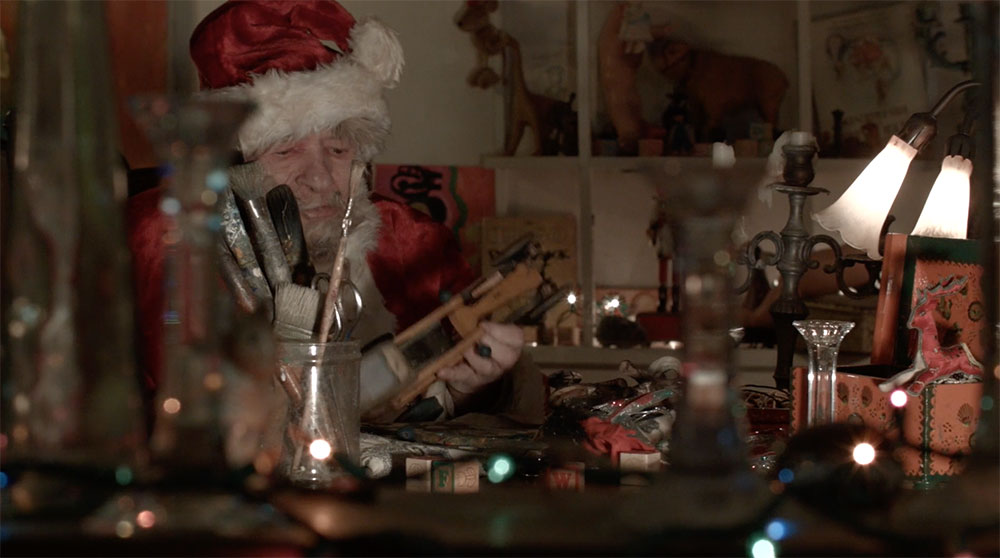 The 2018 Creepy Christmas Film Fest from Beck Underwood and NYC-based production company Glass Eye Pix delivers another dazzler for day two of the fest with “Secret Santa” from Ilya Chaiken.

With enormous attention to detail, the short has an undeniably festive feel, yet still manages to convey a palpable sense of dread.

Everything looks perfect…the stuff holiday dreams are made of. Yet, something feels not quite right from the get go. I was hooked from the first frame and on the edge of my seat — waiting to see how this seemingly innocent tale of an elderly Santa making quaint handmade toys would play out. Without ruining anything I’ll say that the conclusion packed a punch I was not expecting. 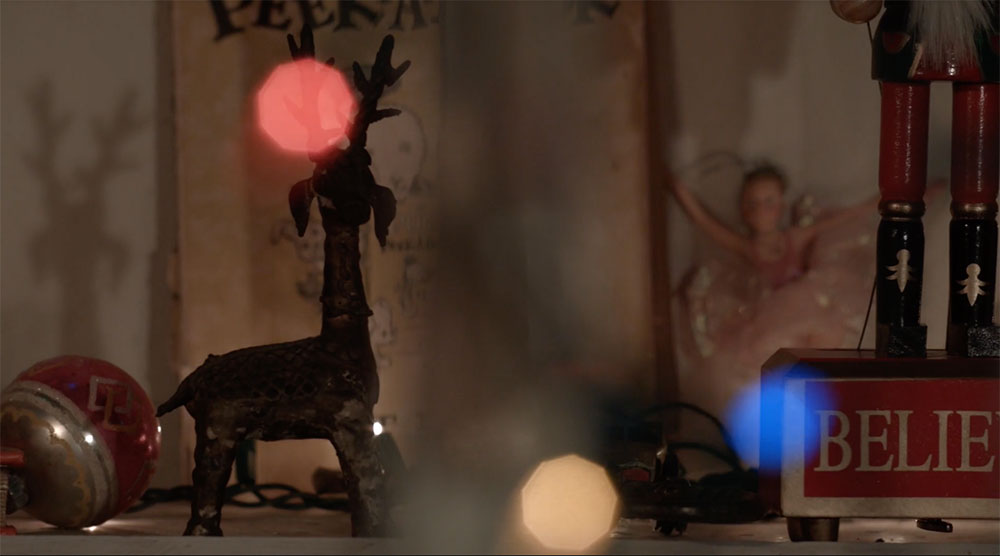 For her short, Chaiken was giving the prompt SANTA. She explains her creative process:

“My grab-bag word SANTA prompted myriad ideas for creepy short films, which I pondered month after month while stranded in my childhood home. But not many things are as creepy, dark, and unsettling as being stranded in your childhood home. So I made the movie here. I gathered up lots of old stuff and bullied my 98 year old dad to get into a Santa suit. He is the brilliant painter William Chaiken. But I had to pull his artwork off the walls, as well as his African mask collection, because I didn’t think they looked very Christmasy. I managed to pull off set-decorating, lighting, but I really could’ve used a make-up artist. I had to stick a lot of things to the elder Chaiken’s face with eye-lash glue, which didn’t hold very well. In any case, when trapped in my childhood home I get to catch up on my TV-watching and experience the terror of all the things going on outside, while feeling helplessly isolated. I think those things are reflected in this movie. Happy Holy Days!”

ILYA CHAIKEN is the award-winning writer and director of the acclaimed feature films “Margarita Happy Hour” and ‘Liberty Kid’. She has directed multiple shorts and episodics, including the dark comedic web series “The Unlovables” and is currently in production on her first documentary feature, “Pretty Ugly- The Story of the Lunachicks’, about NYC’s legendary all-female punk band. Learn more about Chaiken’s work at www.ilchickpictures.com.

​Check out “Secret Santa”, Ilya Chaiken’s submission for Day 2 of the Creepy Christmas Film Fest below.