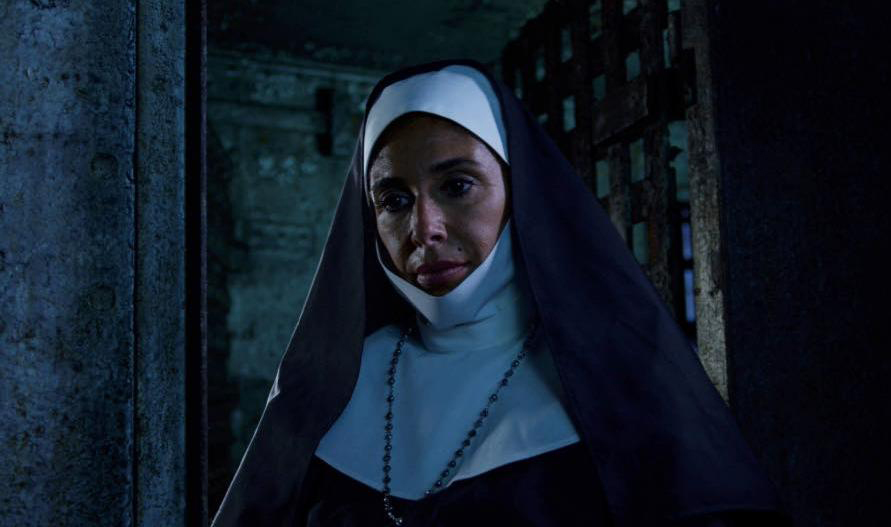 When it rains it pours. This is especially true if you’re a group of four friends on your way to a nice weekend getaway where you stop to take some pictures of an old church, lose the keys to the car, and have to take shelter when a rainstorm rolls in — in a nearby, old, abandoned jail that’s also haunted by the spirit of a murdering nun.

These are the cards dealt to the poor saps in Tommy Faircloth’s A Nun’s Curse, and the results are a fun midnight horror movie that is often very funny and saturated with a creepy, haunted house atmosphere.

Anthony is the perfect frat boy dick, and Damian Maffei (The Strangers: Prey at Night) is the perfect actor to play him. He’s so damn good here, from the way he whips off and flicks on his sunglasses, to his ‘hands-in-pockets, I’m-so-bored’ walk. His character is both fun to hate and fun to watch. The guy just wants to get the weekend started, while losing track of how many Keystone Lights he pounds and boning his girlfriend Gabby.

Played by Kristi Ray, Gabby is the perfect bitchy counterpart, annoyed by everything and anything, especially her sister Ashley-Kae, who just had to stop and take the pictures.

Ray is exceptional, showing just enough glimpses of actually caring underneath her monotone, eye-rolling boredom that she causes the viewer to unknowingly pay extra attention to her. 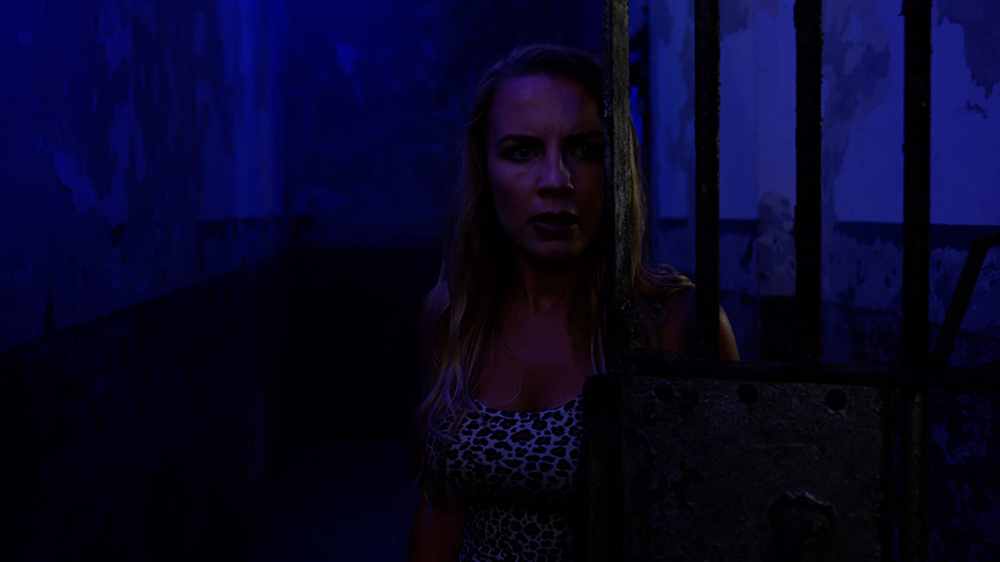 This ability to command the screen can also be seen in 2014’s Pieces of Talent.

Rounding out the group is Erika Edwards as Ashley-Kae and Gunner Willis as Michael, Ashley-Kae’s friend who wants to be more than friends. Both successfully sell the sincere nerdiness of their characters, making them really likable people. You can’t help but feel for Micheal when he tries to be smooth but naturally comes across as awkward, trying to make the best of this golden opportunity he has with Ashley-Kae.

And between her terrifying childhood secret that haunts her to this day and the sensitive delivery of every word that leaves her mouth, you can’t help but be drawn to Ashley-Kae. Edwards plays the character with genuine heart and excels at immediately getting the viewer on her side.

And then there’s Felissa Rose, who is having so much damn fun as the sinister nun known as Sister Monday. It would have been easy to go over the top playing a murderous nun, but Rose lets the chilling calmness in her voice and twitching of her unblinking eyes make the character scary, until the shit hits the fan of course.

Writer and director Tommy Faircloth infuses life into his characters through simple conversations. 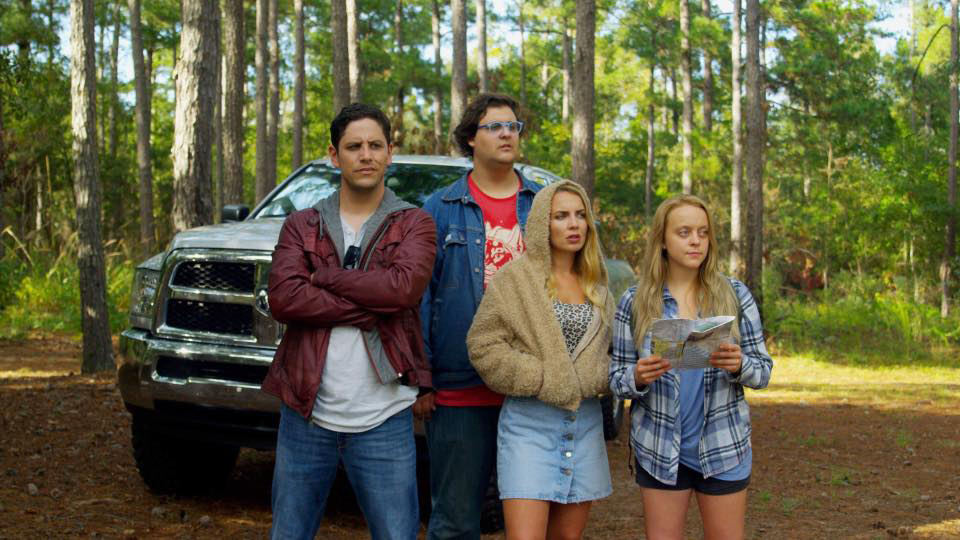 It’s impressive how naturally these conversations help to build character, in addition to progressing the story. A lot of this development is aided by convincing humor and wisecracks, creating much needed personalities for the group of characters largely responsible for pushing the action forward.

Dialogue has always been a strong point for Faircloth who displayed the same talent in 2016’s Family Possessions (also starring Felissa Rose, and also very good).

While it’s a relief not listening to flat characters speak flat dialogue, you wish they moved around the space a bit more while waiting out the storm, still unaware of Sister Monday. 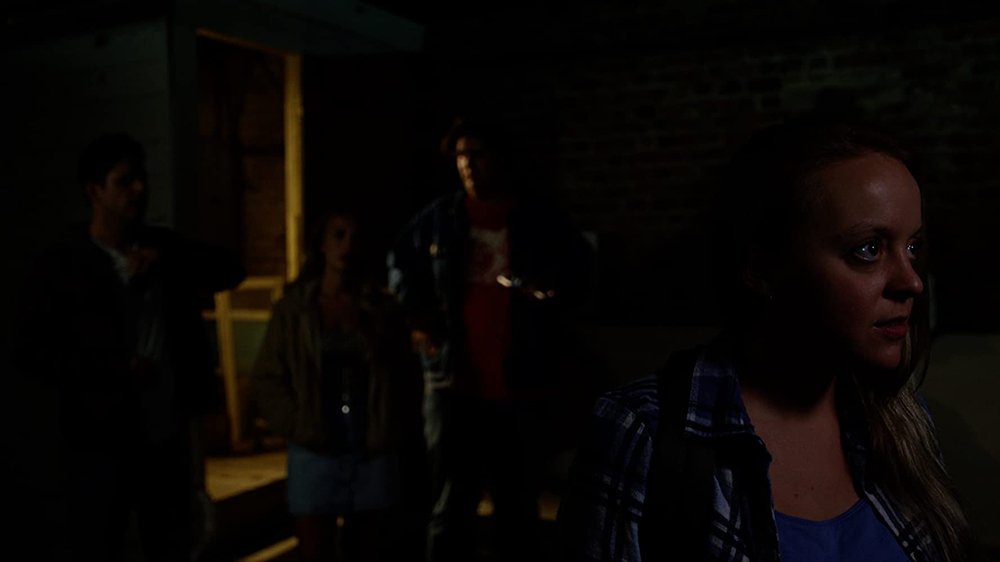 The middle lags just a bit. And if the camera captured more of the naturally spooky jail during these talking head sequences (there’s a somewhat redundant flashback sequence that attempts to mask this), the film would have moved quicker, something that felt necessary at this point.

Although it feels like a missed opportunity, these scenes don’t take up too much time, which brings us to the whole curse of the nun thing in the film’s title. After a few talky scenes, that shit mentioned earlier starts to hit the fan, and the ghostly curse of Sister Monday starts to wreak havoc one by one on our group of naive storm-avoiders.

This is when the atmosphere of the old prison adds frightening layers to the story as it unfolds more. 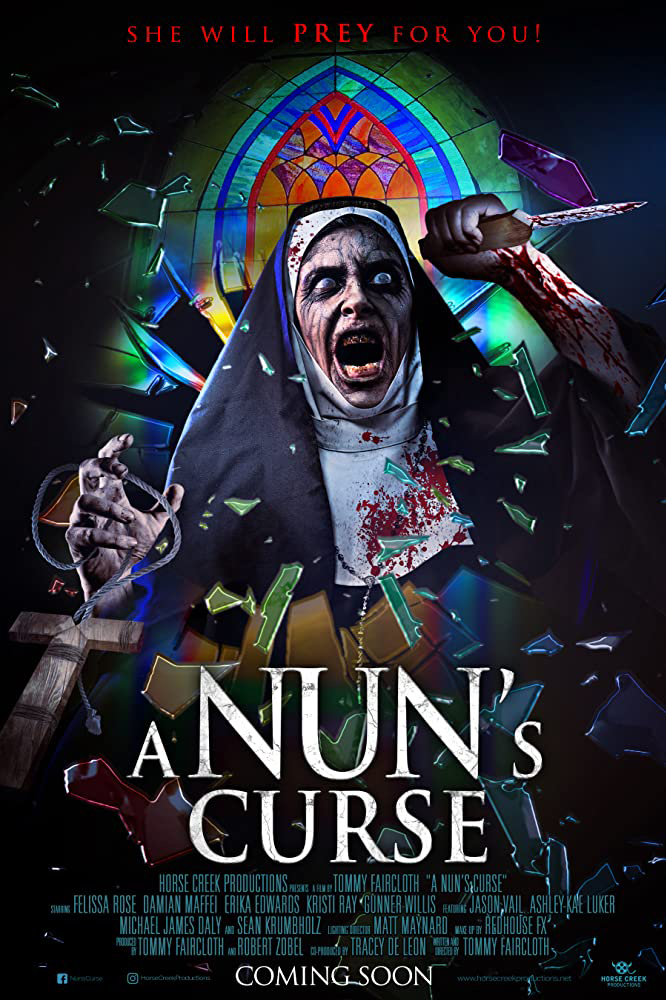 The laundry-detergent blue lighting looks great on the chipped up, grungy walls and thickly shining behind rusted bars and metal grate doors. Both the prison and the curse come roaring to life with fantastic bloody deaths and a few twisty surprises along the way.

A Nun’s Curse is a fun and scary flick to watch in the dark, but be aware of Felissa Rose who just might startle the popcorn out of your hands.

The Nun’s Curse premieres on DVD and Digital May 12 from Uncork’d Entertainment.