V/H/S 94 is a brutal and chilling addition to the franchise — a gory adrenaline rush from series veterans and exciting new blood. 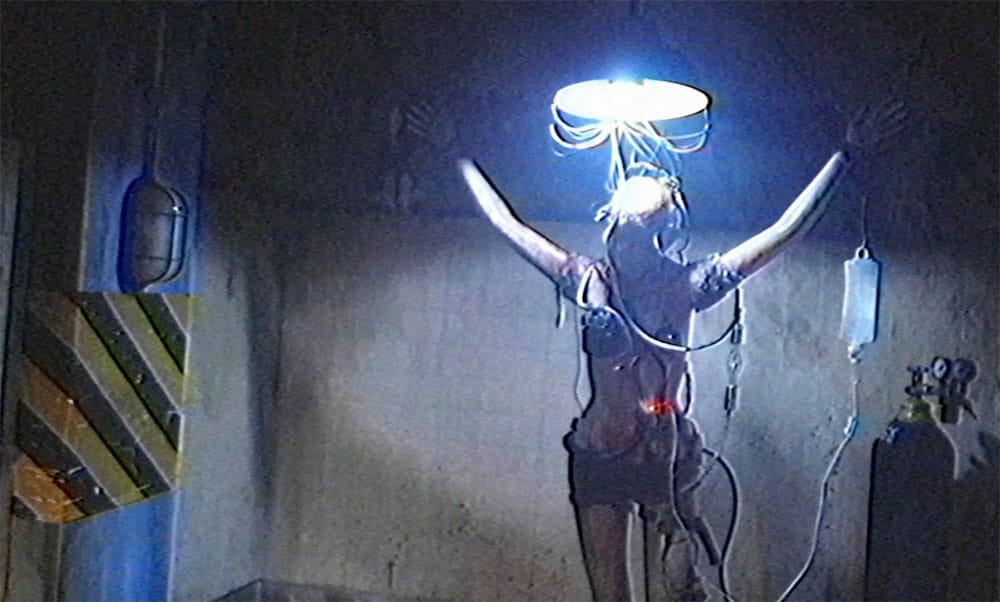 As a fan of found-footage horror, another V/H/S film was just what I needed.

V/H/S 94 is a horror anthology consisting of five individual stories by different writers/directors, each one entertaining, carnage-filled, and utterly insane. This includes Holy Hell, the wraparound that attempts to connect them all together.

In Holy Hell, director Jennifer Reeder (Knives and Skin) follows a SWAT team into what they think is a drug raid. Instead, what they find is room after room filled with TVs being “watched” by horribly mutilated dead bodies. The farther in they go, the crazier it gets. There seems to be a cult at work here; these tapes playing on the multitude of screens are part of a bigger plan, and the team members find themselves hypnotized by what they see.

This story pops up in between the other shorts, and we find out at the end what is really happening and how all these videos fit together.

Beginning the madness was Storm Drain from Chloe Okuna, and it happens to be my favorite one in the anthology. 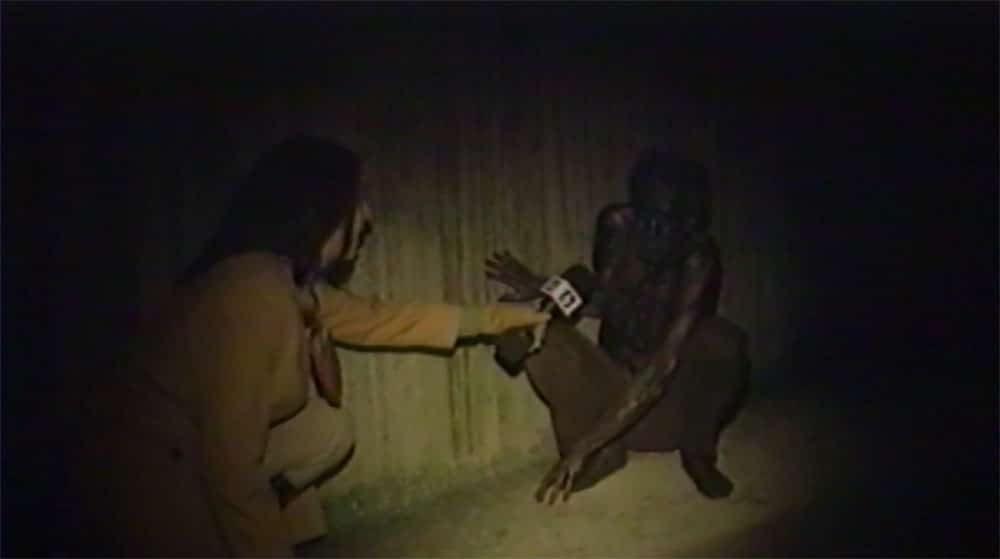 A news reporter and her cameraman, venture into a sewer drain to investigate an urban legend called Ratman, a creature that has been recently sighted by locals. Despite her disgust of the location, this opportunistic and haughty young lady hopes to make it her Pulitzer-winning story.

Watching a self-serving news reporter get what she deserves was very satisfying, and the gore was intense! Plus, the Ratman was such a cool creature effect!! What a great start!

Up second was The Empty Wake, by Simon Barrett.

A young funeral home employee is left alone to videotape a wake for the deceased, who was mangled in a fall. As the evening goes on, she gets more and more nervous, hearing noises coming from inside the coffin. But when a huge storm knocks the power out, she is left in the dark, and the employee finds out that being dead would be better than what she sees with the light on the video camera.

The gnarly character that she is confronted with, was made more terrifying because this reanimated corpse uses whatever parts it has available to get its prey.

For my runner-up to favorite, I admit I fell, severed-head-over-heels for Timo Tjahjanto’s demented mad scientist in The Subject. 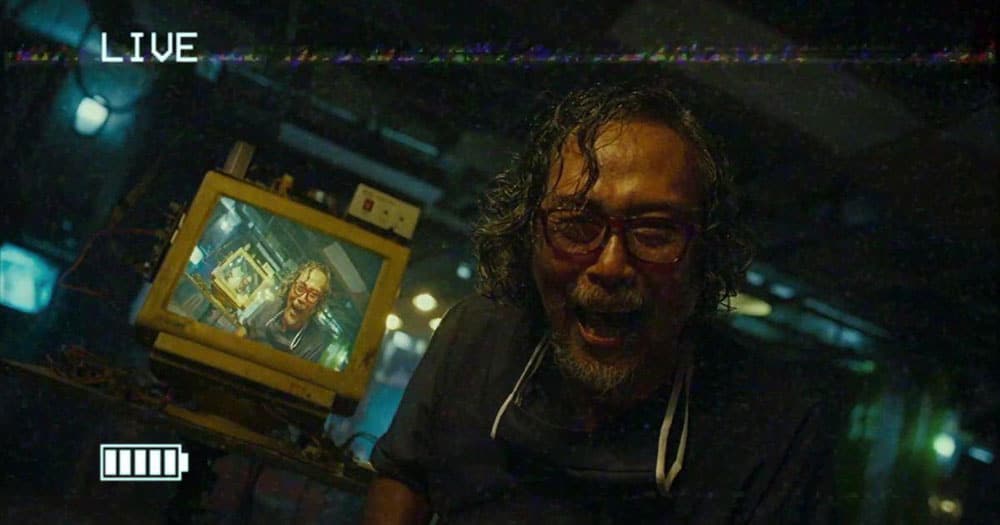 The creatures he put together by fusing technology and mutilated human bodies were beyond description. I almost thought I had stepped into the world’s most bloody video game where the POV of the monsters themselves show all the carnage.

I’m pretty sure I’ve never felt that strong of a horror adrenaline rush or seen so much blood and guts in that short of a time! The craziest roller coaster ride in the world couldn’t compare. There were so many great practical effects (and sadly, a lot of CGI, too), and it was glorious.

The best part was the victim becoming an assassin while attempting to save her own life.

THE SUBJECT barely looks like it fits in with the others, but what comes out of Tjahjanto’s brain is such lunacy that it was just perfect and a real highlight of this solid anthology.

The fourth segment was Terror, directed by Ryan Prows, and continues the insanity. 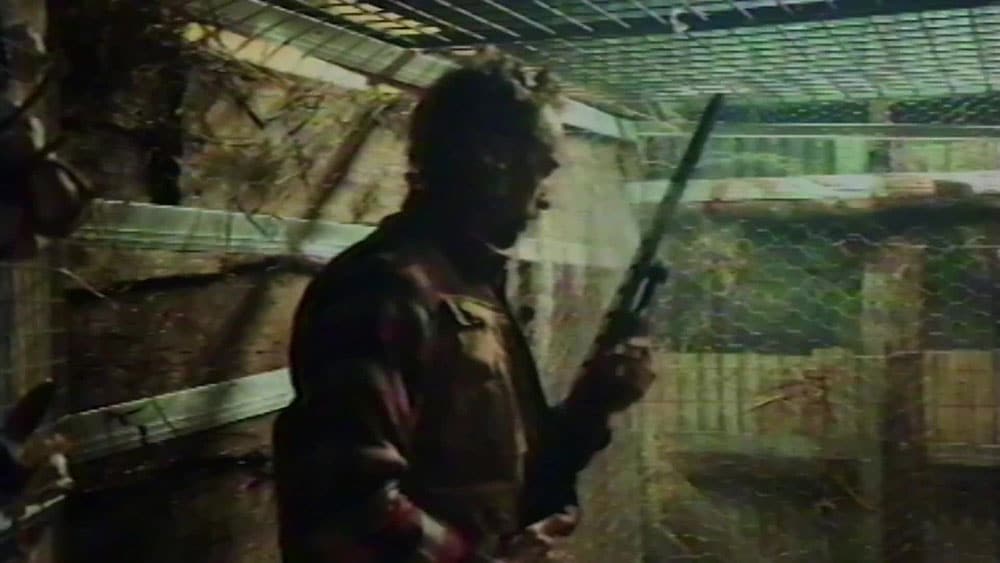 A nihilistic bunch of backwoods survivalist types are planning and training for some sort of domestic terrorism, but their secret weapon is of the supernatural type. They are led by a fanatical neo-Christian leader whose agenda they are following. Turns out, they have a person locked up underground and seem to be using the subject to create the ultimate bomb. What is odd is that they keep executing their captive over and over.

None of these “soldiers” in the death cult are very bright. And when they have a drunken night before the big day, some of the guys decide to play with their prisoner. No big surprise that things go bad fast. When the creature gets free, all hell breaks loose. Before they can cleanse the world of whatever they hate, their weapon gets revenge on them.

No less gore in this segment either; bloody explosions everywhere! And the creature was exceptional! 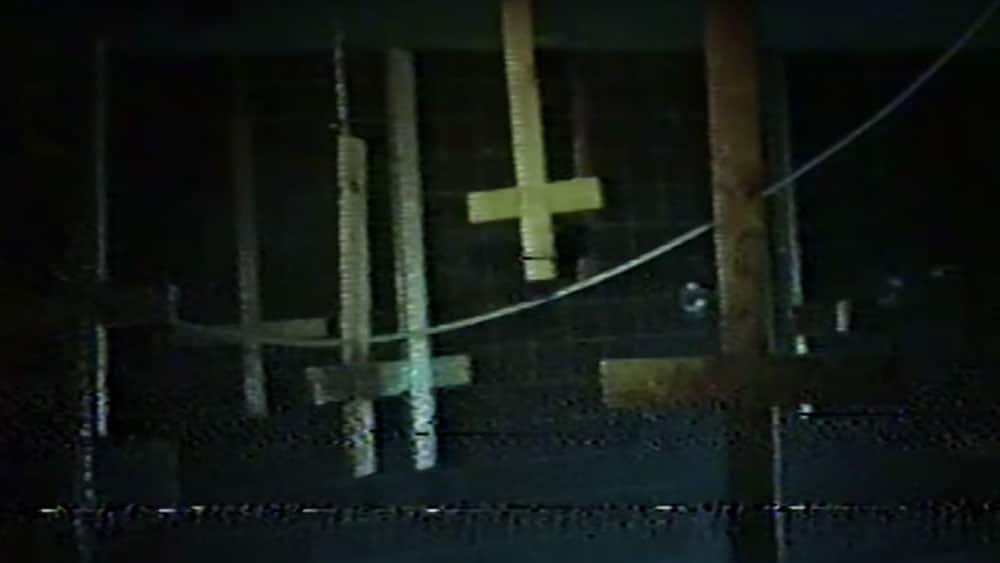 A victim who runs a video store has a name tag that is a VHS tape, reminding me of one of my first jobs as a clerk at Tower Records. Giant cordless phones, and the use of VHS tapes to record it all on continuing the ’90s vibe. Even though shot recently, they all have that shaky, out-of-focus homemade videotape look. Sometimes that got tiresome, but that is what found-footage films are all about.

So just to be clear if I didn’t get this across to you already, V/H/S 94 is a total bat-shit crazy gore-fest.

This video nightmare is not one to watch if you have a queasy stomach. I’m pretty sure I sat watching it with my mouth open in total shock and awe! An absolute crowd-pleaser among audiences at the film’s Fantastic Fest World Premiere in Austin, Texas, it’s sure to be a hit among found footage fans, midnight movie lovers, and gore hounds.