The epitome of “so bad it’s good”, this SUPER-natural bug blockbuster is oozing with hemolymph, cheese, sleaze, and absurdity. 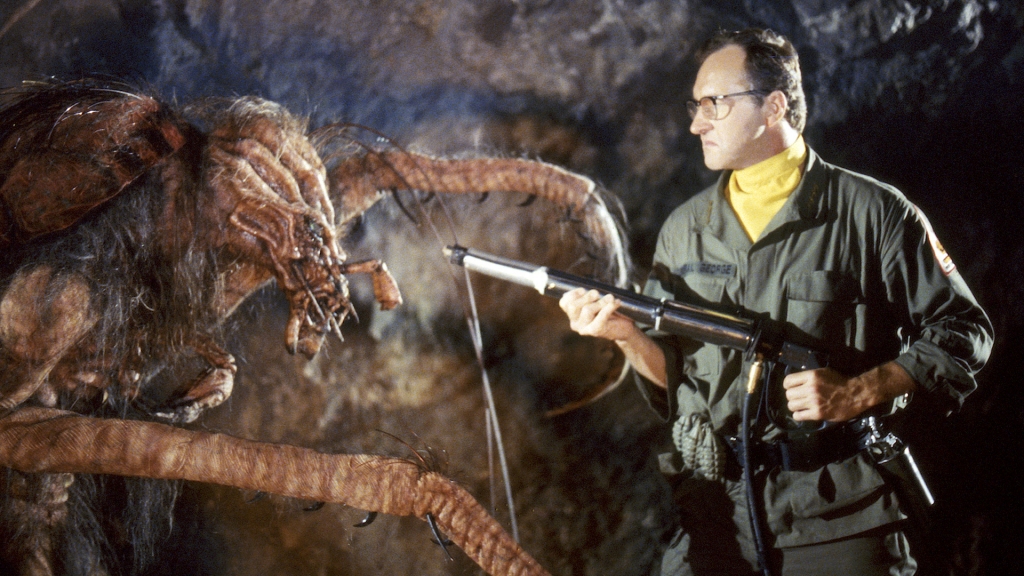 Murderous bugs engulf a lake town and eat everyone they can. Let’s dig into 1998’s “Bug Buster”, directed by Lorenzo Doumani!

Much like Toxic Zombies (a dig from earlier this week), this film uses a toxin sprayed over a community to unleash hell.

Whoever wrote this (Malick Khoury in his only credit) has an old sense of humor and used old-school phobias as gags. The dialogue is ridiculous in the best way possible. “Let’s get ready to bumble” is one example.

Katherine Heigl’s mixed reaction to General George’s (Randy Quaid) commercial is about as accurate a reaction to this movie as you could possibly imagine. A little laugh, a little cringe, an eye roll… but mostly laughing at the absurdity.

This one will be fun with friends. 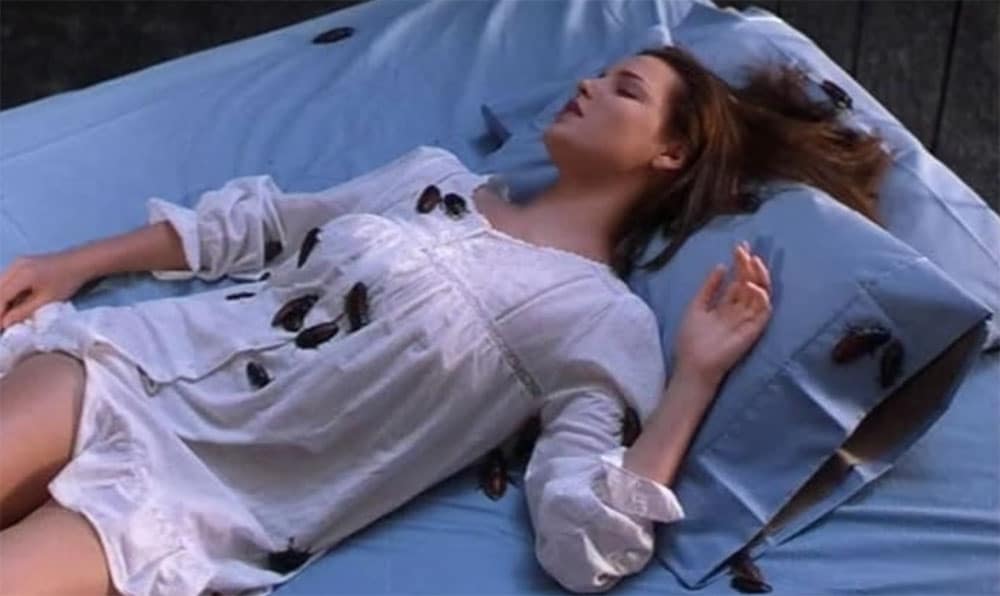 Katherine Heigl (Shannon) raised her star in Judd Apatow’s Knocked Up alongside Seth Rogen, but she also had a role in the maligned but fan-favorite Bride of Chucky which was released the same year as this masterpiece.

George Takei (Dr. Fujimoto) is the first of two Star Trek alum featured in this cheese classic. He endeared himself to a new and broader generation by becoming an open book on Howard Stern’s show and is deservedly revered.

Meredith Salenger (Veronica) has starred in a ton of genre and comic projects, from John Carpenter’s Village of the Damned to Star Wars: Clone Wars.

Before Randy Quaid (General George) was method acting unhinged, he destroyed aliens in Independence Day and was everyone’s favorite invading cousin Eddie in the Vacation series.

Dennis Fimple (Jedediah) played Grandpa (his final role) in Rob Zombie’s House of 1000 Corpses and unfortunately passed away before its release.

Ty O’Neal (Deputy Bo) played the skating cowboy in The Mighty Ducks 2 and 3 and is apparently a real-life cowboy and member of the Professional Rodeo Cowboy Association. Who knew?

They tried their best to get Katherine Heigl to do a nude scene it seems. We watched her take a bubbly bath and a nude diffused shower. Nice try producers, but she didn’t go for it. 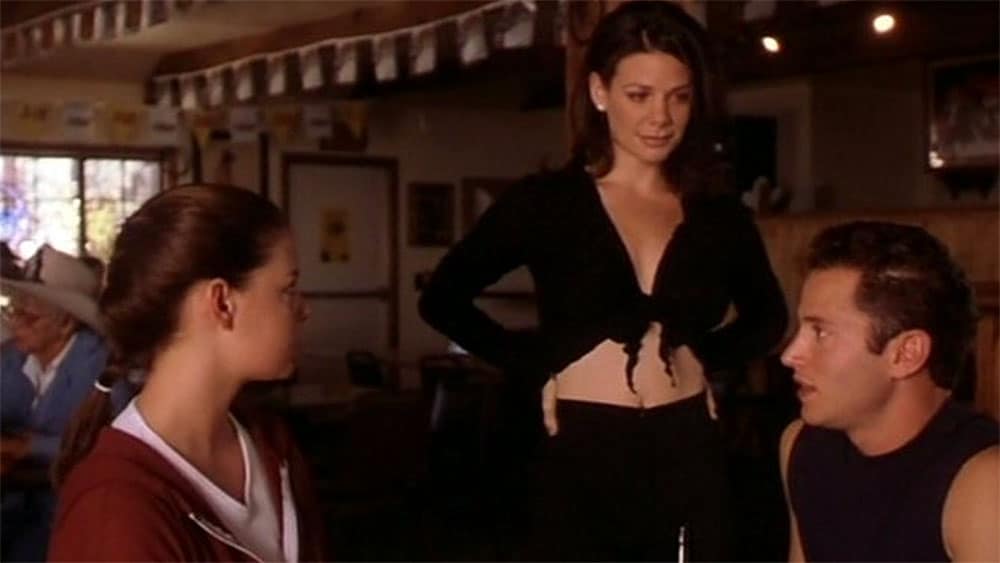 I’m not saying this film is the reason he fell for her, but Meredith Salenger — who is married to super-nerd and incomparable stand-up comedian Patton Oswalt — is gorgeous. Her lines are absurd and unintentionally funny, and I’m not sure they could have been delivered better than she did. Oswald and Salenger will star together in the upcoming M.O.D.O.K. Marvel animated series on Hulu.

Someone would try too hard to make it “so bad it’s good” and it would totally suck.

In Japan, it was released as Aberration 2, which claims to be a sequel to Aberration, a killer lizard flick. There is no connection otherwise.

Bug Buster has not yet been released on Blu-Ray but you can stream it on Tubi or IMDb TV.