A unique and quirky noir detective story with surprising gore and effects, “Cast A Deadly Spell” is an overlooked gem. 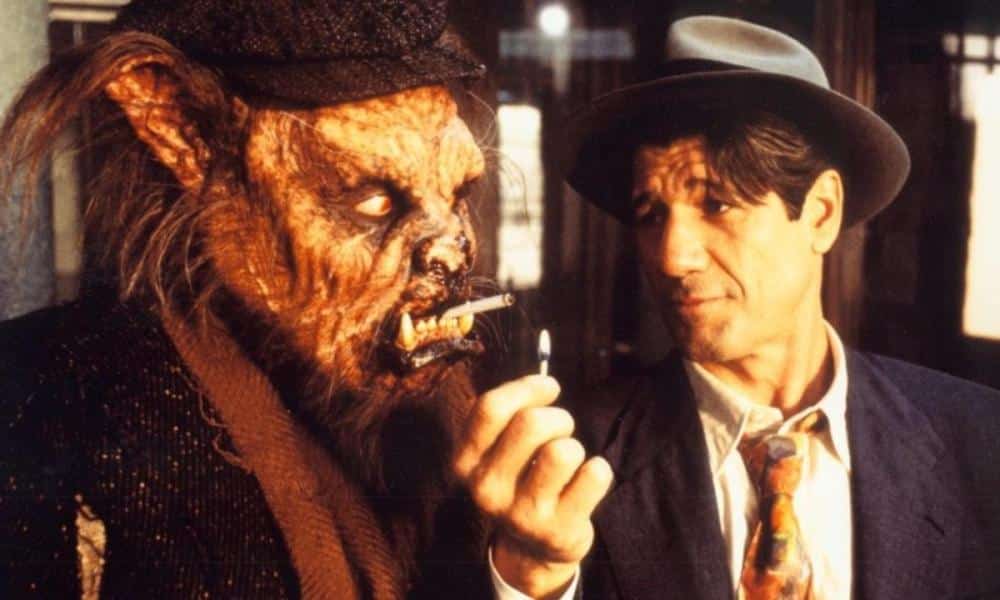 A private detective is hired to hunt down a stolen ancient book in an alternate 1940’s where everyone can perform magic and creatures and zombies walk around as if normal house pets. Lets dig into 1991’s “Cast A Deadly Spell”, directed by Martin Campbell!

With tidy and quick-witted dialogue, this Lovecraft homage treads in familiar lore in a fresh pair of wingtips. With characters like Lovecraft and Bradbury, and even Kropotkin (the Anarchist philosopher and revolutionary), there is no shortage of tribute to literary heroes (including a mostly unintentional nod to Lovecraft’s racism).

Packaging all this Lovecraftian mythology in a 1940’s detective story seems like a fresh approach, even thirty years on. A few nods to Cthulu and the other “Old ones”, keeps the story centered right where it belongs, a land of magic and terror.

Richly built characters and a constant sense of humor keep the motor running, but it’s the special effects and gore that steal the show. Especially the death by a million paper cuts. A world was built here that could have turned into a franchise or even a series.

Well worth a watch to see some risk-taking from HBO, even if some of the content will be problematic by today’s standards — and some by any standards. 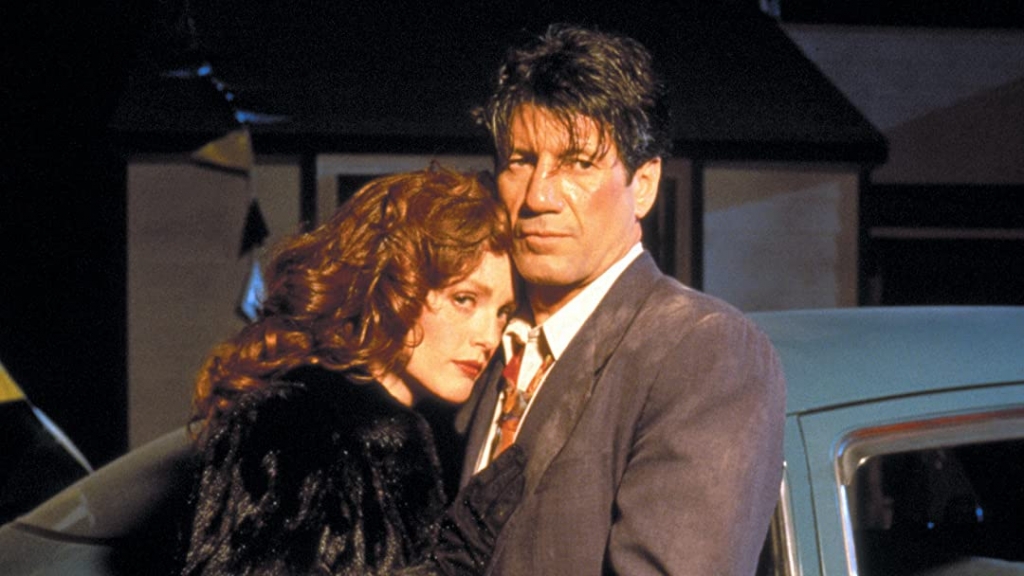 Julianne Moore (Connie) is as A-list as it comes for this column. She needs no introduction and has amassed an achieved career that keeps growing in quality and girth.

David Warner (Hackshaw) pops up in a lot of digs and, as stated time and again, he’s the professor from Teenage Mutant Ninja Turtles II.

For an HBO film, the content is rather timid and not what you would expect from the earlier days (or even current days) of the pay to watch service. One of the cops sleeping with a sixteen-year-old (talked about not shown) is sleazy but it is called as such within the dialogue.

Maybe I should call this section repugnant instead of gratuitous for this entry.

I wanted to love this film. It was so damn quirky and seemed like HBO took a chance with a legitimate genre film with a gimmicky angle. My brain didn’t register it at first until they showed a whole horde of Zombie “servants” building a house. And then it hit me — none of the zombies were white. If it was some statement or condemnation of slavery it did not come across that way.

I don’t know what the filmmakers’ intent was, and it’s easy to paint the past with criticism for their lack of tact, but it seems deliberate. 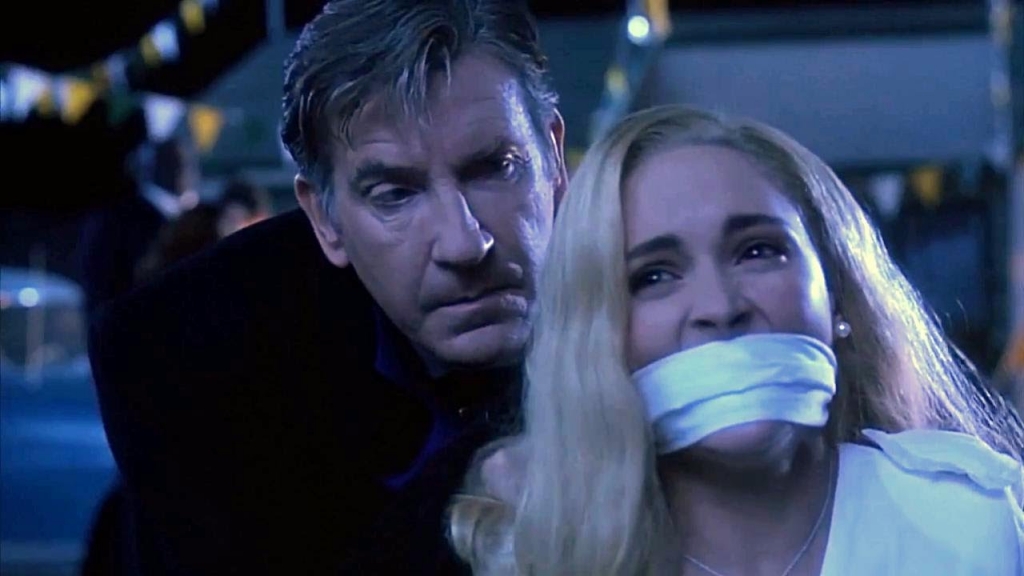 The rough and gruff Fred Ward looks young and fresh, and the uber-talented Julianne Moore looks like the real-life Jessica Rabbit.

You’d be surprised how many iterations of Lovecraft tales or inspired by stories have been produced over the years, and with the latest being Lovecraft Country, and I’m not sure I personally have an appetite for more.

Streaming on HBO Max. No proper Blu-ray release has been undertaken, but there are VHS and DVD copies floating around out there somewhere.