A before its time twisted family slasher that isn’t quite good enough to be a cult classic but holds a credit roll of Hall of Famers. 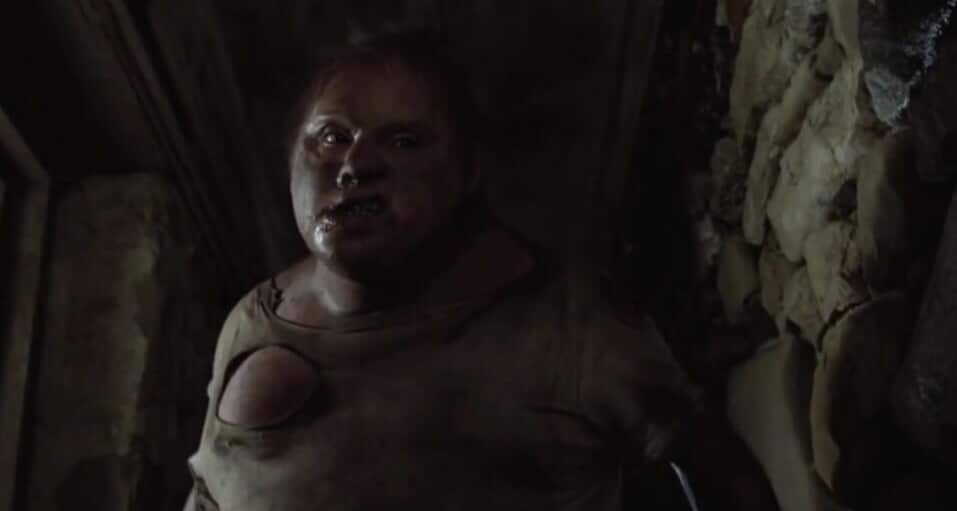 Three women are forced to accept an invitation to stay at an odd fellow’s house when all the hotels in town are booked up for the weekend. Let’s dig into 1980’s “The Unseen”, directed by Peter Foleg (aka Danny Steinman)!

There isn’t much of an attempt at concealment. It’s clear as soon as the women enter the quaint, Danish capital of America that the overly generous museum owner will be their doom. There’s hardly a setup as Ernest welcomes them into his sprawling home and introduces them to his clearly ornery wife.

The story takes a turn towards dispersion as the girls are off to complete tasks that are not related to each other, including Jennifer the protagonist who is a TV reporter covering the festival that is the cause for them ending up in the situation they are in.

What a shitty production that they didn’t even advance her travel arrangements. Now comes the reason for the title: the unseen refers to the killer… not being seen, at first. That could be just about every slasher honestly, but it’s a very literal production here. We mince no meat unless it’s blonde meat.

Let’s wrap this whole thing up with some incest and patricide, pseudo-infanticide, and some mental instability manifested as speaking to the corpse of one’s own murdered father, a la Psycho with genders reversed. Not the best, not the worst, but I should say it’s shot really well.

So, even though director Danny Steinmann successfully lobbied to have his name removed there is something to hang his hat on.

It’s possible the most famous people involved with this film were not in front of the camera.

The credits are a mess with IMDb not showing any involvement from the late master of effects Stan Winston, but the film itself lists him with a story credit.

Listed on IMDb but NOT in the film is Kim Henkel, the co-writer of the saw that changed the game: The Texas Chainsaw Massacre.

One face that may be a wee bit familiar is the overgrown baby, Junior, played by Stephen Furst — or as pop culture may know him, Flounder (aka Kent Dorfman) from National Lampoon’s Animal House.

There is little build-up to the reveal that Ernest is a creep. Not very creative having him peeping through a keyhole at one of the girls taking a bath.

Barbara Bach’s (Jennifer) eyes don’t look real. It’s as if they were specifically lit in every scene at every angle; radiant. The Queens, New York, native is a Bond girl after all (The Spy Who Loved Me).

There are elements of the story that popped up in other films. Specifically, Junior could have been an echo in American Gothic (a dig favorite) and even in the absurdist and underrated comedy Nothing But Trouble from Dan Aykroyd in the form of Bobo and Lil’ Debbull.

Kino Lorber released a new 2k scan from the original negatives on Blu-Ray.