Criminally underrated with a clear plot and expert practical effects from Steve Johnson, “Highway to Hell” is worth the price of admission. On the run to elope the would-be bride is kidnapped by a demon cop and brought to hell and now her fiance must chase and save her from the grips of evil. Let’s dig into 1991’s “Highway to Hell”, directed by Ate de Jong.

Filmed in 1989, this film didn’t see release until 1991 in the States, and it went straight to video. I’m not sure why it didn’t get love from its distributor and they held it up so long, as it is much better than a ton of other swill that was released promptly.

Charlie and his soon-to-be wife Rachel are on the run to elope, and they act as if they’ve robbed a bank. They flee from a diner because they believe a motorcycle cop is onto them, which leads them down back-roads and straight into the clutches of a Zombie cop with runes carved into his face and steampunk goggles reminiscent of Shock Waves.

Charlie doubles back to a gas station where he’s helped by a harbinger of sorts that lends him a magical vehicle that portals him to hell. Now the hunt is on.

Brilliant effects and creature design comes with the territory for any film Steve Johnson works on, and this one is no different. The Zombie hand handcuffs are especially fun.

There are a few moments that go full cheese, but not many. Overall it’s an enjoyable film that doesn’t rewrite the book but is unique enough to stand out. 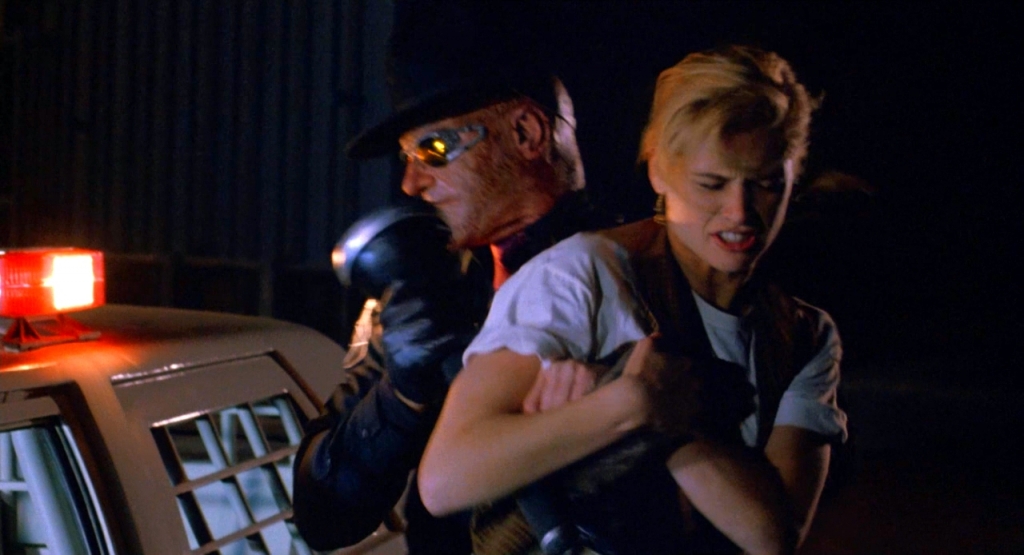 Don’t hold your breath reading through this one.

Chad Lowe (Charlie) is mostly known for his TV roles in shows like Melrose Place and 24, but he also had a role in the Entourage movie.

Kristy Swanson, pre-Buffy, gets the damsel in distress role but still plays it with power. She also featured in 1987’s Flowers in the Attic, based on the Virginia Andrews novel.

CJ Graham (Sgt. Bedlam aka Hellcop) played Jason Vorhees in Jason Lives and has been a regular favorite on the convention scene for years.

Kevin Peter Hall (Charon) — in a rare speaking role (and unfortunately his last) — wore the Predator suit in my often stated top 5 films. He was also Harry in Harry and the Hendersons. 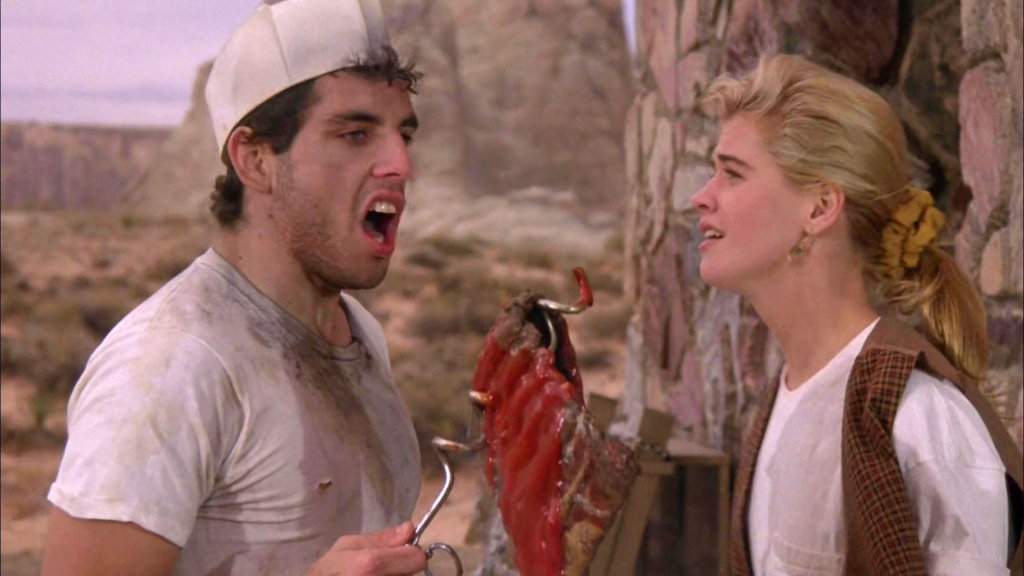 And now it gets sorta weird…

Gilbert Gottfried plays Hitler, the villain everyone expects to see in a hellscape. I hardly have to qualify Gilbert’s career, but here are some highlights: Iago (Aladdin), Mr. Peabody (Problem Child), and the original Aflac duck. He’s crass and brilliant — and a big horror fan.

Lita Ford (Hitchhiker) was the eighties metal shredder who had a hit with Ozzy and got her start in the seventies in The Runaways with Joan Jett.

The closest we come to gratuitousness is the naked go-go dancers in the Hoffa bar, but I mean it is Hell after all. It’s rather tame by the standards you would expect. 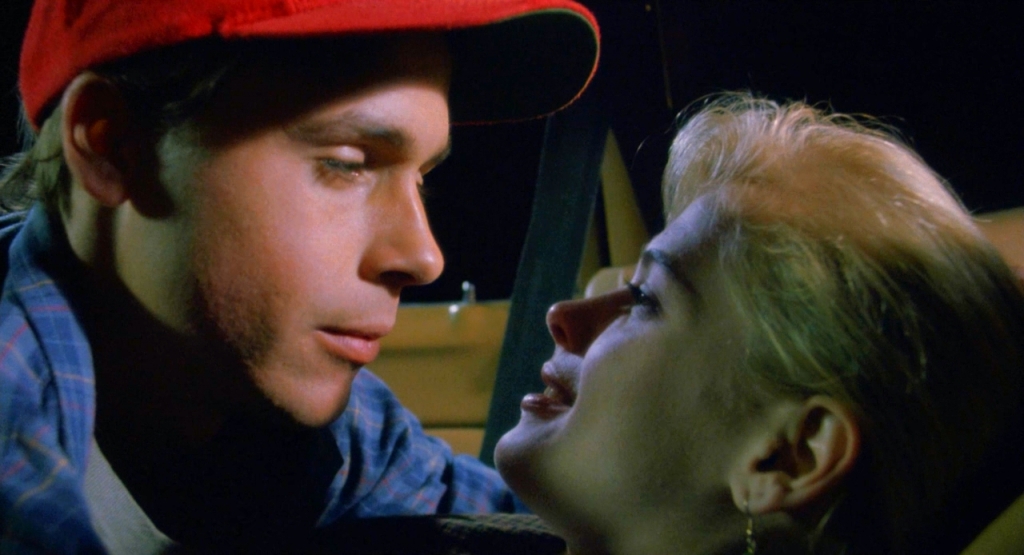 Those Lowe boys don’t age, do they? Rob’s younger, blonder brother is anything but a downgrade. The dudes are just handsome, perpetually.

Another example of catching the tiger by the tail, I’m not sure you could achieve the same charm that was present here — especially with Steve Johnson’s effects.

Those wonderful genre lovers at Kino Lorber released a Blu-ray. You can also stream from Tubi.