A Nunsploitation slasher with a mean streak and dizzying imagery, “The Killer Nun” flirts with poignancy but ultimately aims low. 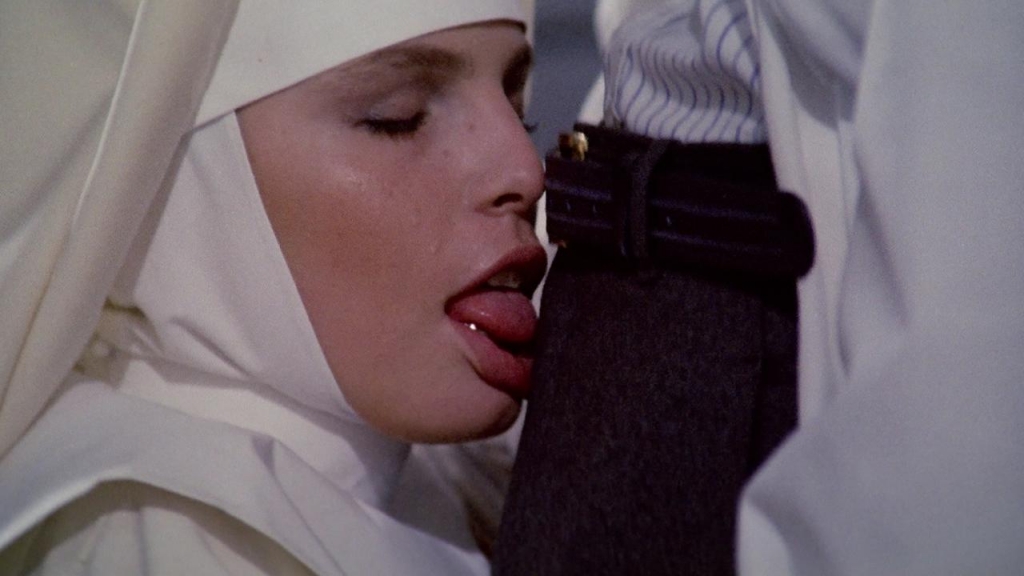 A Nun slips into psychosis after brain surgery to remove a tumor. When patients at the hospital begin dying by mysterious accidents, she fears she may be responsible, though she doesn’t remember causing their deaths. Let’s dig into 1979’s “The Killer Nun”, directed by Giulio Berruti!

Watching with subtitles automatically splits your attention and focus from the image. Religious iconography always makes for great horror fodder, which this film started off utilizing, but it quickly faded for me. Perhaps the culprit was reading along.

The opening has a Nun confessing to a priest that she doesn’t forgive a man for what he’s done to her. She can never forgive him. It’s impossible to not read this as anything except that she’s been raped, but we quickly learn this is not what she speaks of.

Sister Gertrude, played by Anita Ekberg, believes herself stricken with cancer despite having a benign tumor removed from her brain. She blames the Doctor for misdiagnosing her and pleads with him, to no avail, that she is losing her mind. 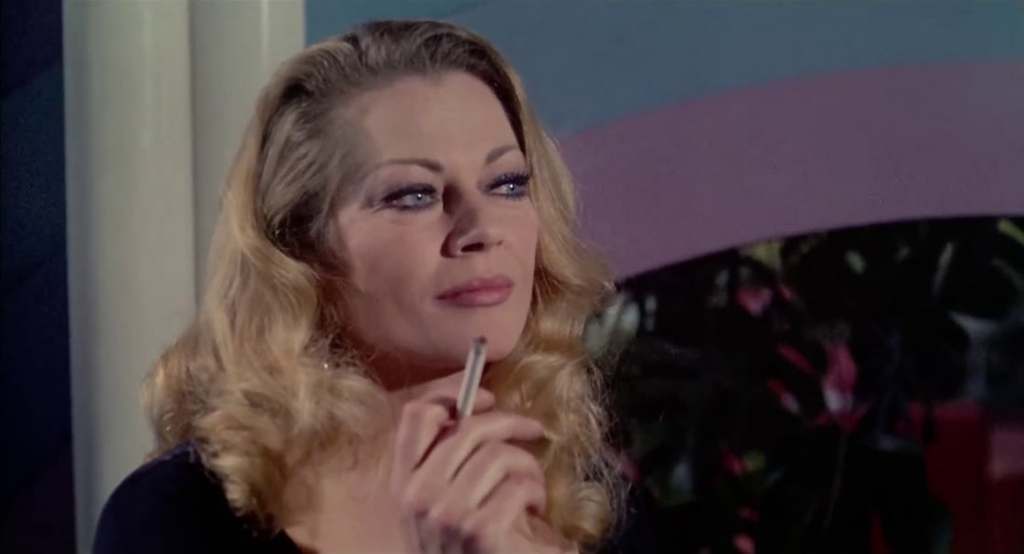 While the entire film is played to make us and Gertrude believe she is in fact responsible for the carnage that plays out, there is one undeniable plot unfolding; Gertrude is breaking habit. Addicted to morphine and jonesing for a fix, she heads out for a night of booze, cigarettes, and sex. Not very holy of her. Her release of inhibition leads her to believe that the “accidental” deaths of some of the patients were at her own hand. She even seduces another Nun, Sister Mathieu, who is openly in love with her.

Many scenes create a hypnotizing effect with quick cuts, and close ups, and a blaring score, a la a Ken Russell film. Though I’m sure the mix of sex and religion is what landed this on the Video Nasty’s list, I may be desensitized because it never feels quite sacrilegious to me.

The middle section feels quite lost, skirting the responsibility to write something poignant by filling in the blanks with blood.

Former Miss Sweden 1950, Anita Ekberg, stars as Sister Gertrude. She starred in over 60 productions, including Fellini’s La Dolce Vita (1960), before passing in 2015. 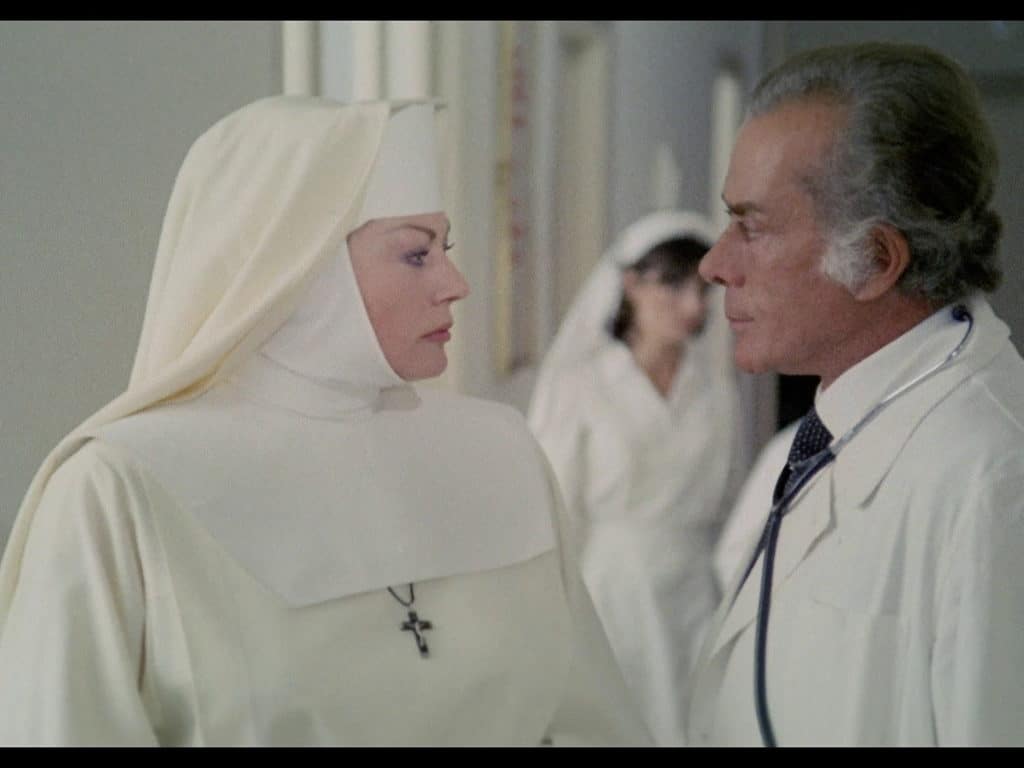 Quite a bit of sex and nudity. A woman having sex with an elderly patient in a wheelchair, just before he turns up murdered. Seductive Nuns. Male nudity. It all feels fitting for the time and story, but some may not agree.

Doctor Roland, played by Joe Dallesandro, was cut from stone and has the jaw line of a Greek god.

There have been quite a few killer nuns in the theaters in recent years, and I’m not sure this type of film could compete with The Conjuring universe.

No unholy progeny to report.

Arrow Video released a Blu-ray, or you can stream for free on Tubi or Flix Fling.