“Keeping Company” is a fast-paced, consistently funny, and often surprising exploration of the familiar ‘work is hell’ trope — with a twist. 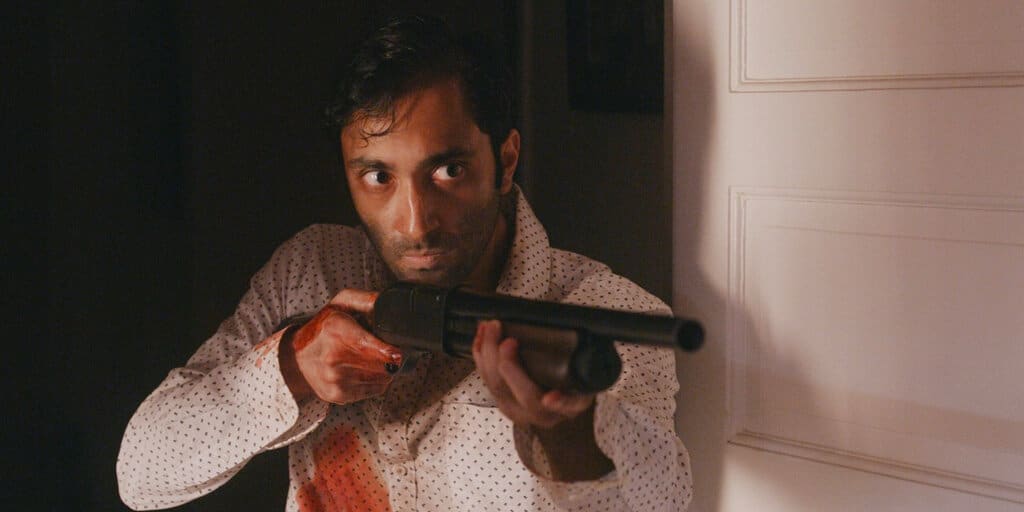 Red is one of the more all-consuming colors in the wheel of hues. And for many, it evokes overwhelming feelings of emotional intensity. Thusly, it enjoys a welcome presence in the horror genre.

However, not often is it used as appropriately as in Josh Wallace’s 2021 outrageous blood riot that is Keeping Company, a charming and sleek commentary on society’s conflicted relationship with the finite nature of life.

The film explores mankind’s propensity to turn a blind eye to the ticking clock of fate — and those ready and waiting to take advantage of those unwilling to confront the harsh reality that death can occur at any moment.

No other faction of society is unable to engage in this ‘ignorance is bliss’ mentality quite like the insurance agents at the center of this story, a duo of characters named Sonny and Noah (portrayed with a welcomingly lived-in quality by actors Devin Das & Ahmed Bharoocha).

Keeping Company does not take long in establishing our protagonists as a genuine and likable tag-team of idiosyncrasies. 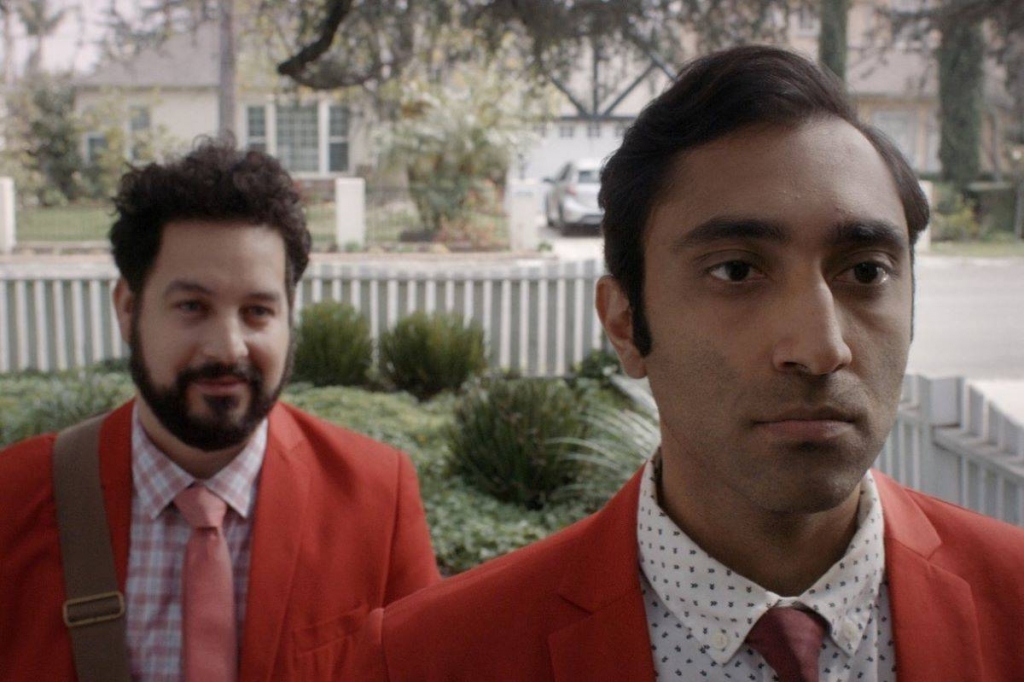 The office dynamics of where they work, Caste Insurance, as well as their day-to-day slough, provide the entryway to a darkly hilarious twisting of everyday circumstances (in this case, a car accident) that corrals our protagonists into a dangerously dicey situation.

At the heart of the proceedings is the ambivalence Sonny has in regards to working with Noah (who prefers to refer to his coworker by the unprofessional title of ‘best friend’ in front of potential clients).

A rousing discussion with his boss Paula (played with acidic aplomb by Gillian Vigman) outlines with no uncertainty that Sonny will need to leave behind his best friend should he hope to advance. This disillusionment further aids in giving the events a relative theme, one where best friends must eventually acknowledge the cold hard reality that their life trajectories might not always be simpatico.

A mid-film surprise, however, comes dangerously close to draining the life from the story. 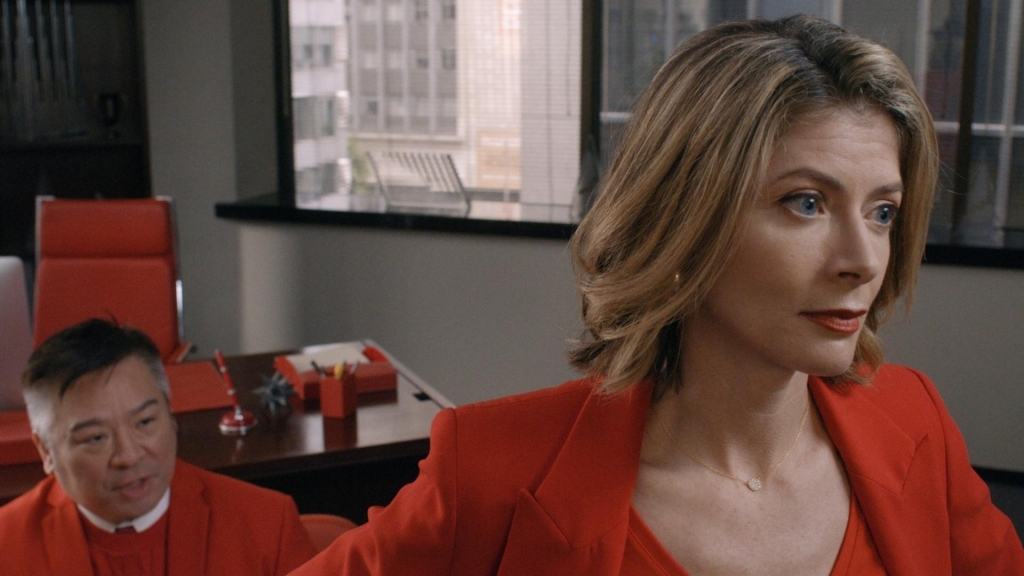 If not for a very game cast, some viewers might be turned off.

Within this company of actors, Vigman receives some of the best lines, getting to say such things as, “I’m a CEO, CEOs have boats,” and, “This is me laughing for genuine!”

It is also worth noting that Jacob Grodnik and Suzanne Savoy make decent impressions as the main antagonists (and Bernard White has a hilarious & unforgettable bulldozing turn as Sonny’s father).

Smaller roles are filled by recognizable genre faces like Andy Buckley, Rex Lee, and Mary Holland, who do a lot with limited screen time.

Overall, Keeping Company is a decent addition to the ‘soulless corporation as evil allegory’ subgenre.

The cast is selected perfectly, and visually it shows some crisp restraint in the color-neutral set dressings, making the crimson shades throughout pop that much more.

The brisk runtime, though, is both a blessing and a curse, as the film never truly outstays its welcome, but certain developments or themes are introduced or resolved a bit too quickly.

It is easy to overlook these minor issues when laughing or gasping so consistently, and Josh Wallace certainly succeeds in delivering both a cold and warm (yet always funny) dissection of greed, family ties, and interpersonal conflict.