A natural horror that steps across the line into the supernatural with the Yeti myth but fails to deliver much fur. 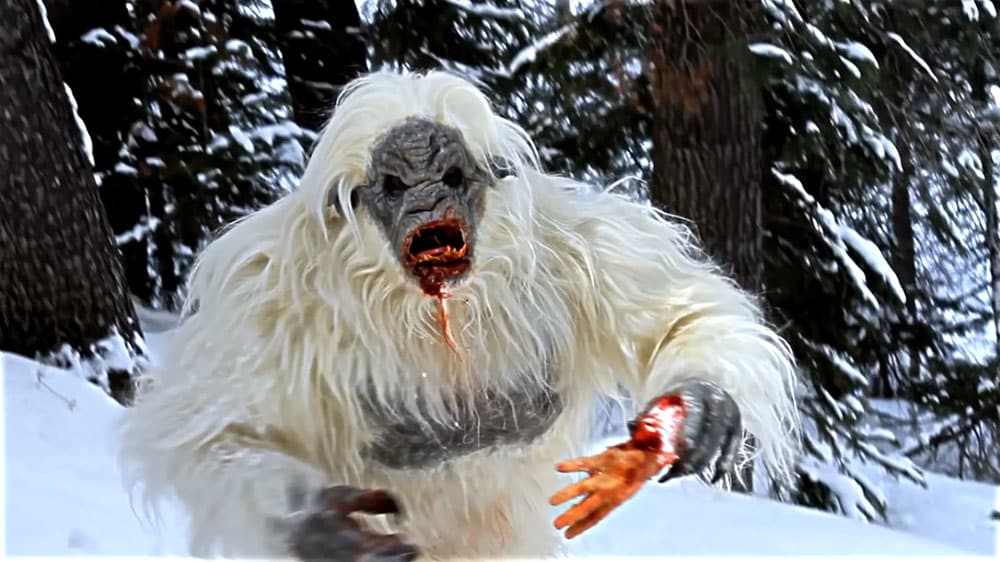 A mysterious beast is murdering skiers at a Colorado resort. Let’s dig into 1977’s “Snowbeast”, directed by Herb Wallerstein!

I always knew Bigfoot was a snowboarder. Such is the eternal battle between two planked bombers and the shredders.

This made-for-TV film tried to take the formula of Jaws and relocate it. That’s the problem with all these coattail riders; they’re never as good as Spielberg. He built tons of suspense (some of it forced by the difficulty of working with Bruce the shark) by not showing the “monster” too soon.

Snowbeast tries the same but they wait too long, and when we do finally see the titular beast, it is mostly in shadows and white blurs.

I do understand their reluctance to show more. 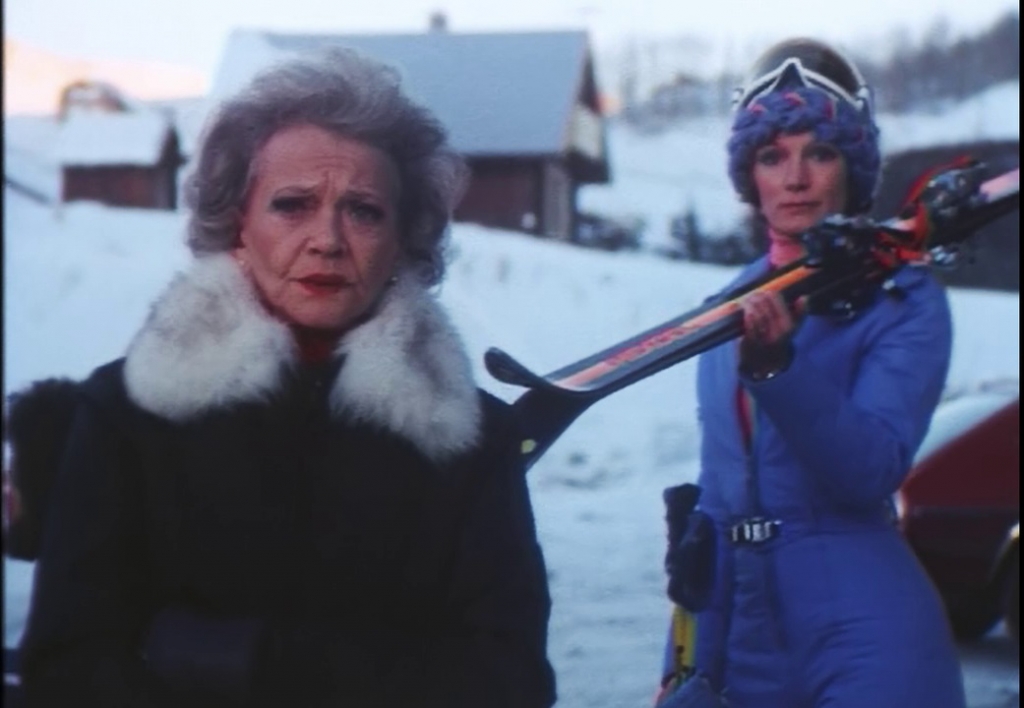 It’s pretty goofy looking, and I can only imagine how laughable it would be if they had given it some proper lighting and a long shot.

The cast is likable and the location is a thrill to see, but I can’t quite figure out why they remade this film, of all the properties out there. It must have been really cheap if not free to acquire.

The ending is abrupt and the final battle impotent. Surely a mythological creature such as this takes more than one poke from a ski pole to be vanquished?

Bo Svenson must have caught the eye of Quentin Tarantino somewhere along the way of QT’s journey through film and TV land history because he used him in both Kill Bill Vol. 2 and his magnum opus Inglorious Basterds. He also was in one of my favorite Digs, Primal Rage.

Sylvia Sidney is back after her appearance in last week’s Dig, Larry Cohen’s God Told Me To. She is unmistakably Juno, the ghost guidance counselor, in Tim Burton’s Beetlejuice.

It’s hard to find something to fit within this section with a made-for-TV movie. Stealing some plot points from Jaws may be considered gratuitous, but they were hardly the only game in town to try and bilk success and profits from the giant blockbuster.

Specifically, when the sheriff kills a bear and claims it to be the killer beast, Gar suggests they cut it open to verify its identity. 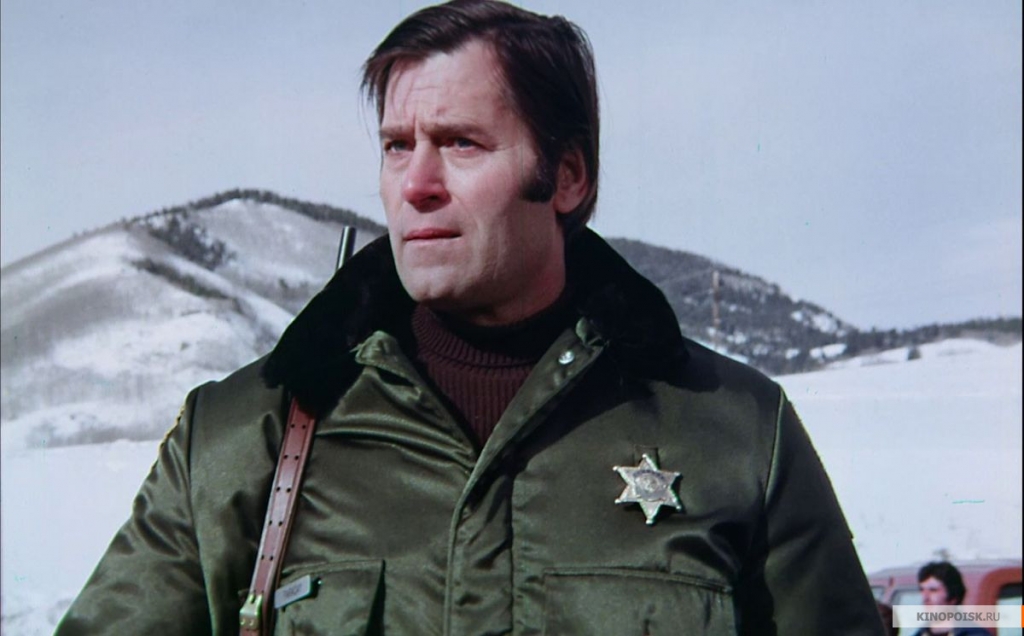 The tall, Swedish-born Bo Svenson is very believable as an Olympic athlete, especially since he is not only a black belt in both Judo and Karate but competed in Olympic trials for yachting. He has a Ph.D., is a writer, a retired US Marine, and has been married to the same woman since 1966. This is the smallest accolade of his career, ending up in the heartthrob section of this little column, but he deserves it.

The contrast of clean, untouched snow with blood and carnage is hard to hate, though being a made-for-TV movie, there wasn’t much of the latter. Films like Dead Snow used it so well. I’m sure you could come up with a new idea that would be more fruitful than this property, though.

Retromedia put out a Blu-Ray which features both the original TV version as well as an extended 88-minute version (which I watched). It also features a commentary track with DIY horror legend Fred Olen Ray and historian David DeCoteau. You can also stream on Amazon Prime, Paramount +, Epix, Tubi, Dark Matter TV, Freevee, Fandor, and Cultpix.