“Geretta Geretta, a multi-faceted woman, has worked the globe, from Northern Ireland to South Africa, from Rome to New York City, as a writer/director/actress. Born and raised in Portland, Oregon, Geretta became interested in acting during her school years. Although she relocated to Los Angeles, she began her career as an actress in New York’s “off-off Broadway” theater scene at Theatre For The New City and the improv comedy group Rusty Nails before she traveled to Italy, where she lived for over 10 years, appearing in over 20 feature films, including Smithereens (1982), Rats: Night of Terror (1984) and Demons (1985), directed by Lamberto Bava and produced by horror legend Dario Argento–the father of Asia Argento–before graduating from The American Film Institute MFA Screenwritng Program.

Her work in front of the camera sparked her desire to go behind it, to make movies instead of being in them. She relocated again to Los Angeles, where she graduated from AFI. During this time she wrote and directed a number of shorts such as “When Fish Fly” and “Love To Share”, as well as making PSA (Public Service Announcements) commercials for California water conservation and spots on spec for Levis. After being impressed by the films coming out of Ireland, such as like Circle of Friends (1995), Waking Ned Devine (1998) and The Secret of Roan Inish (1994), Geretta moved to Ireland in the early 1990s. Originally planning to stay in Belfast, Northern Ireland, for three weeks, her love of their culture and arts movement led her to stay for two years. She interned for six months with the award-winning film collective Northern Visions, where she taught a number of cross-community writing seminars for first-time and professional writers from both the Protestant and Catholic communities.

During her years in Belfast, Geretta was the recipient of a number of film grants, including a Northern Ireland Film Council Study Grant (the first American to receive one). She was also the first American to receive a grant to attend University College of Dublin’s Writing the Screenplay course, where she completed the screenplay for her feature-length film Sweetiecakes (2001). Geretta worked as a television producer for Ulster Television, appearing on camera with her segment series “Geretta Geretta Looks At . . . ” Belfast’s first experiment in lite news and later directed the short film “Homesick”, produced with generous materials grants from the BBC.

Geretta has built on her experiences of having lived within different cultures. Her fluency in Italian, which she learned to speak during her years in Italy, was vital to writing, directing and producing “100 Voices Against Apartheid” a collection of one hundred filmed anti-segregation testimonials from Odessa, Billy Bragg, Miriam Makeba, Roberto Benigni, Run-D.M.C., Public Enemy and many others for the United Nations Special Committee Against Apartheid and UNICEF. Geretta premiered “Homesick” at the Tribeca Film Center and shortly thereafter produced staged readings of “Sweetiecakes”‘ across Manhattan to raise the initial budget. Once Swiss producers picked up the project, Geretta adapted the screenplay into German, rewriting the story to take place in Winterthur, “Switzerland’s biggest little city”. The film was shot and completed in Switzerland in the summer of 2001, and won for Best Female Director-Melbourne Underground Festival-2002 and was her first feature film.”* 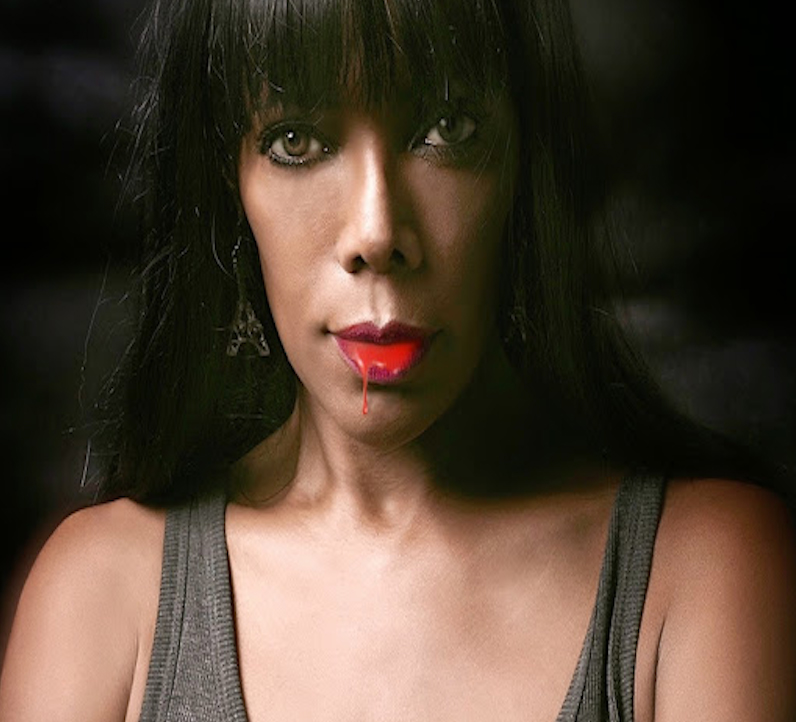 I was young and I needed money! Bajajajajaj!  I saw a line forming  for extras and I got into it. Seriously. NYC, about 1980.

Jamie Lee Curtis in “The Fog”. 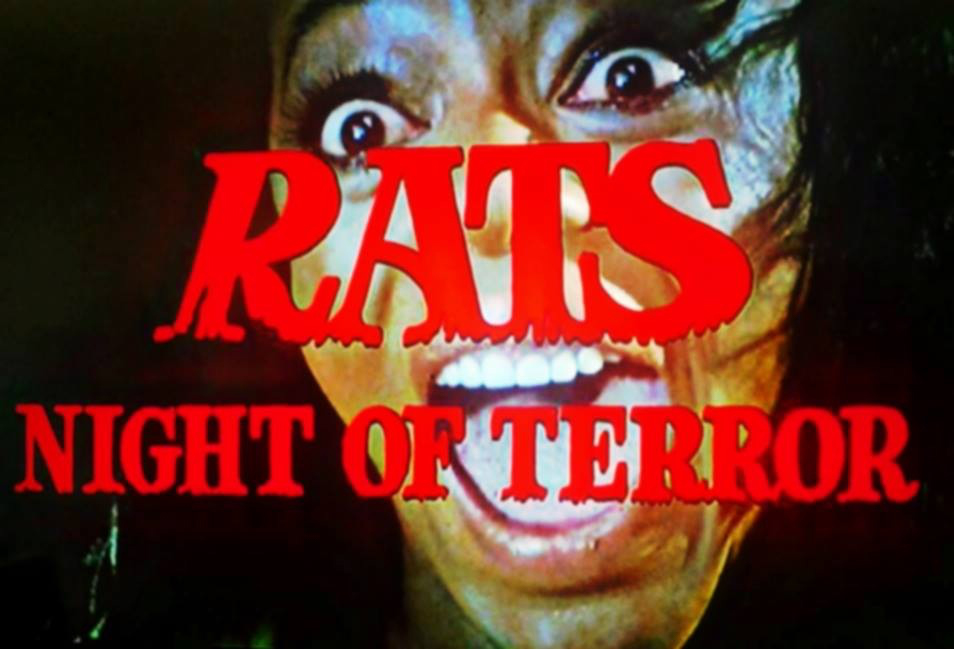 “King Kong” (www.imdb.com/title/tt0024216) the original. My mom and I started crying when he got shot down off the Empire State Building.

She said; “He just wanted love.” From then on, in my head  too..are questions about  my past relationships.

If I am supposed to Be a Black woman, I look to see (read) that I sound like a “real Black woman.” 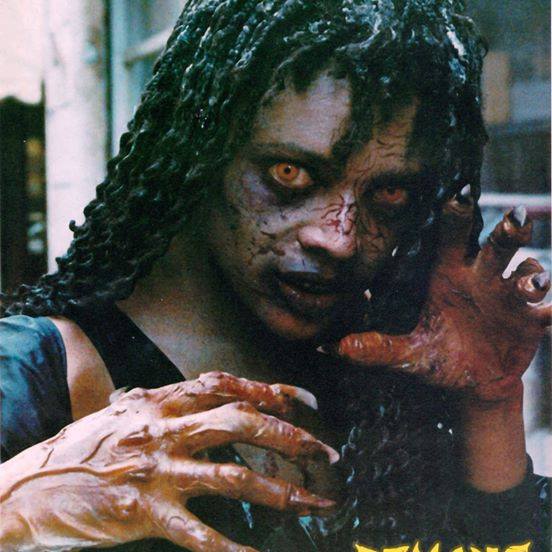 I like horror to be scary and be good versus evil in some kinda way… you know, put some of the “spooky” stuff back in and not just the “horrific death” that is  so big right now — especially perpetrated against women and, well, women’s bodies.

I am going to be like the Ambassador of Horror for The New Orleans Horror Film Festival. Sort of the “FACE OF HORROR. How sick is that?! It’s something I am very, very proud of! My New Orleans creative pal, Cari Roy, and I were featured in a new book about the people of New Orleans by Michael Murphy. He’s done a whole series of books, and I am very honored to be featured.  I am hoping to maybe find away to do some collaboration with a dear pal, Kacie Hansen. She does that whole horror and food series, The Homicidal Homemaker, on YouTube. Most people don’t know it, but I’m a BIG foodie! Ten years in Italy will do that to a ghoul! Plus, I am back on the conventions and festivals circuit, so look for me all across the country!