“Susan M. Martin is an actress and producer living on a small farm in Delaware, OH with her husband, brother, 4 cats, 2 chickens and 2 horses. A graduate with a BA in Theatre from Kent State University and a MA in Somatics from The Ohio State Univrsity.  She started her career after graduating from Kent State, working as an actor for ArtReach Touring Children’s Theatre, along with commercial gigs. She founded an experimental theatre company in Columbus.  Discovering a knack for being extremely scary as an actress in films, she followed the path into horror and is best known for her portrayal of Granny in Bandit Motion Pictures feature Plank Face. She went on to produce her own shorts, notably Willow Falls and The Sewing Circle: A Tale From Willow Falls, in which she co-stars as the chilling Helen.” 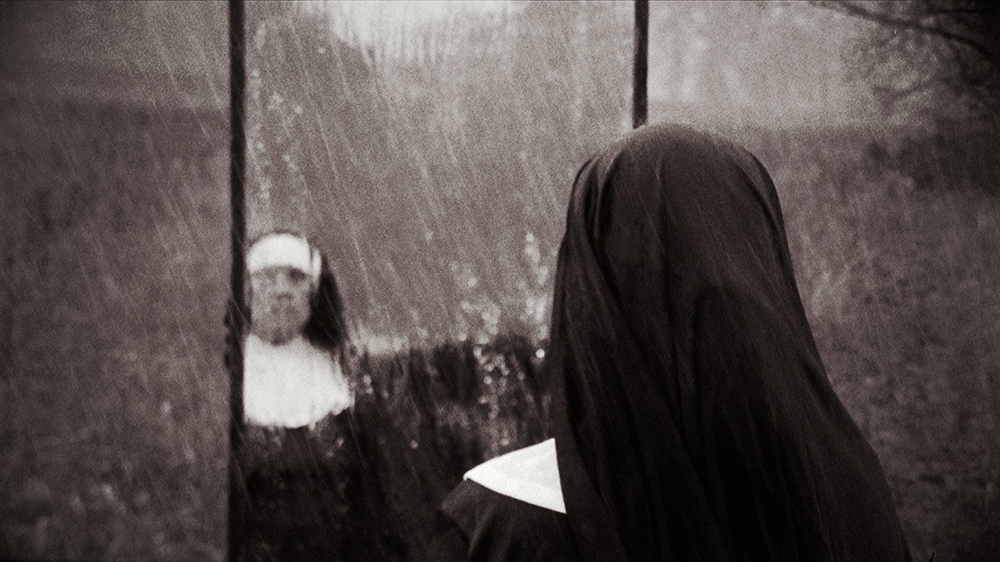 I have been acting since I was a kid.  It was all stage work.  My first role was Dorothy in The Wizard of Oz!  Which is so ironic because if you heard me sing now you would cringe (I have a dead-on impersonation of the great Louie Armstrong!).  I went to college for theatre.  I really loved acting and thought I could break into that industry.  Well, I found out that it wasn’t that easy and really my heart was broken to pieces several times.  I still love the stage.  Nothing like the energy in a live performance!  I kept acting my heart out and not really getting anywhere, doing dinner theatre mostly. 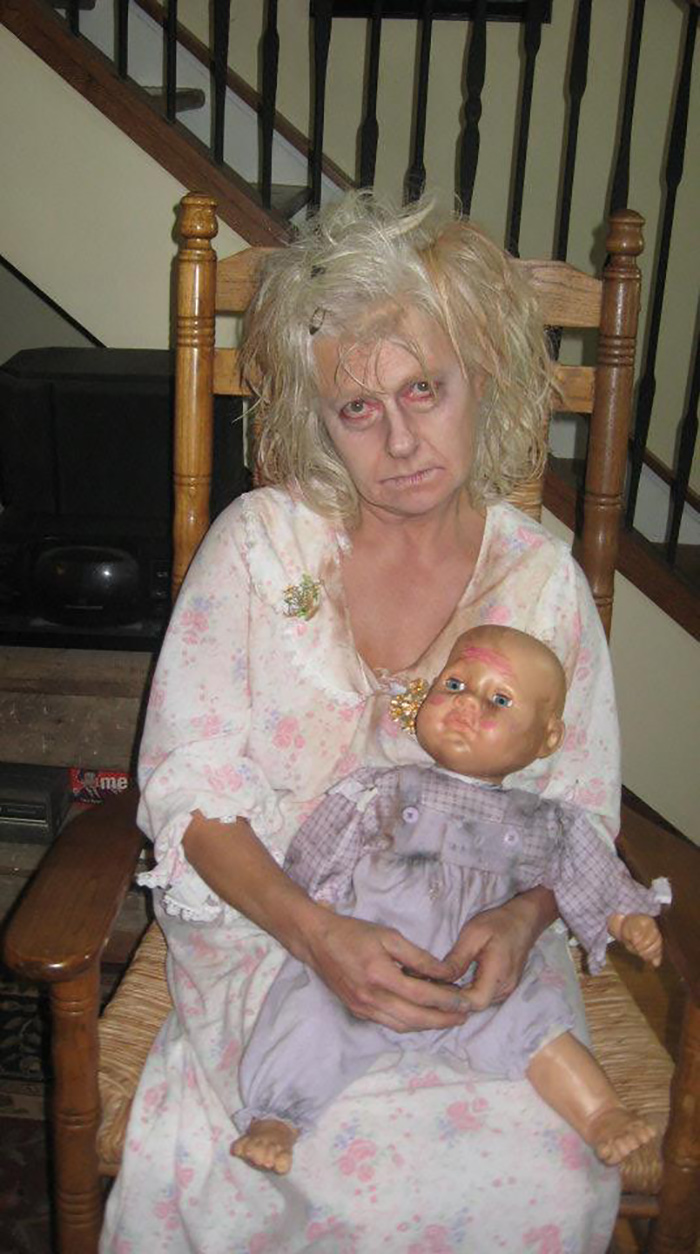 Quite by accident I ended up in Horror.  I never really gave it a chance but when I did I found out where I truly belonged.  With filmmaking becoming more accessible there were lots more opportunities to find work, especially in Ohio.  I ended up working with some awesome people in the genre, Ellie Church, Brian K. Williams, Scott Schirmer to name a few.  I was bit so severely by the bug I started producing my own horror shorts.

My all time favorite woman in classic horror and film in general is Bette Davis.  I have used her so many times as a muse.  She’s my “go to girl”.  I have tons of respect for Dee Wallace.  She is a continual inspiration!  I certainly am not a “scream queen”, quite the opposite!  I like to make you scream, however! 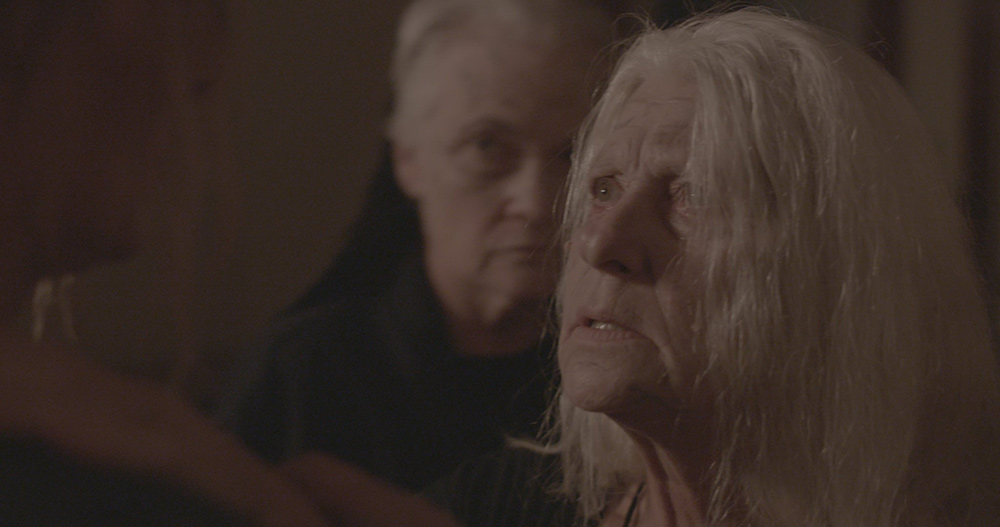 That’s a tough one.  I am a product of The Outer Limits and Twilight Zone.  That kind of creepy stuff really gets me charged up!  One of the first scary movies I saw as a kid was the creepiest of all, The Bad Seed.  That little girl still haunts me.  That’s the kind of stuff I love though.

I really love working with people that I’ve worked with before.  The comfort level is high and when you do what we do, putting ourselves in ridiculously vulnerable situations, it helps to be with people you know and trust.  Of course, I like to make sure that they have a good track record.  I walked down that path of working hard, committing to a project, spending your own money (sometimes to help get the project made) to never have the film see the light of day. 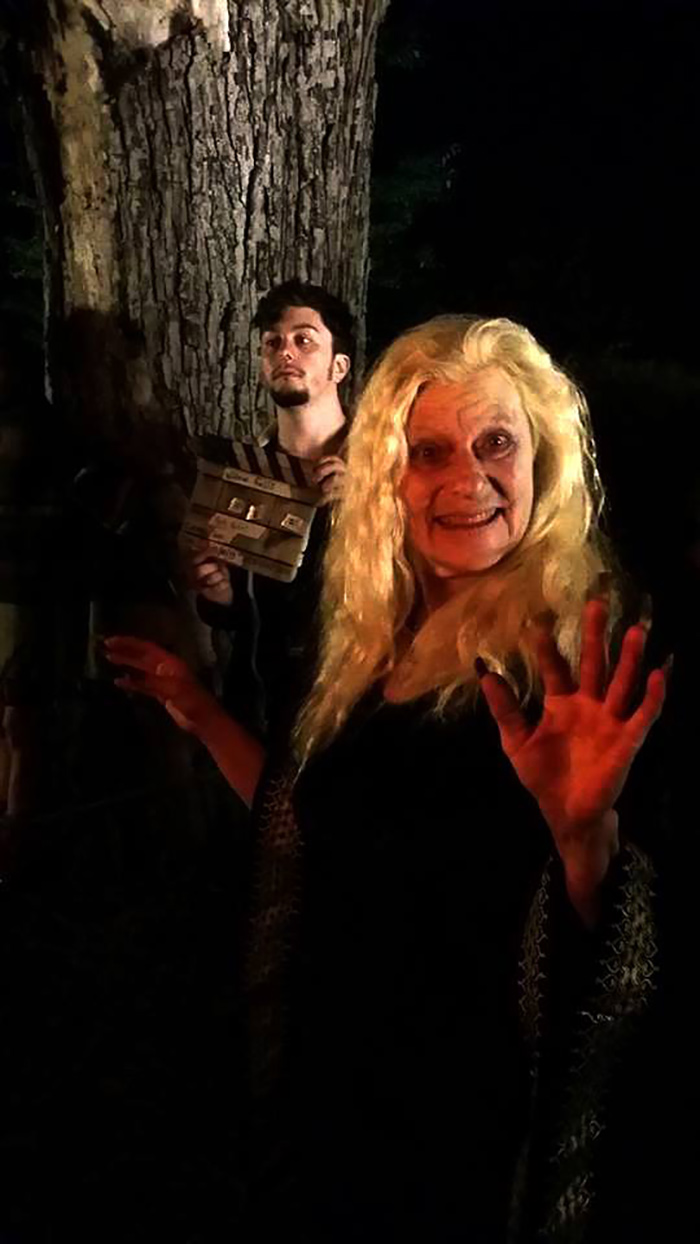 So, yes, to me it’s critical to work with people who are professional.  What draws me to a script aside from that, in a perfect world, are the characters.  Is there heart?  Is there a story there that hasn’t been heard, does it have the creep factor?  Can this be realistically done.

I hear often about the “boys club” in film and how hard it is for women to break into this industry.  Honestly, I guess I have been lucky because most of the men I have worked with and hired for my films have not had that attitude.  Look, I know it’s happening and has through-out history, but I personally have never had the unfortunate experience of being dissed or disrespected by men in the independent film community.  It may have something to do with my age.  I don’t have time for that! 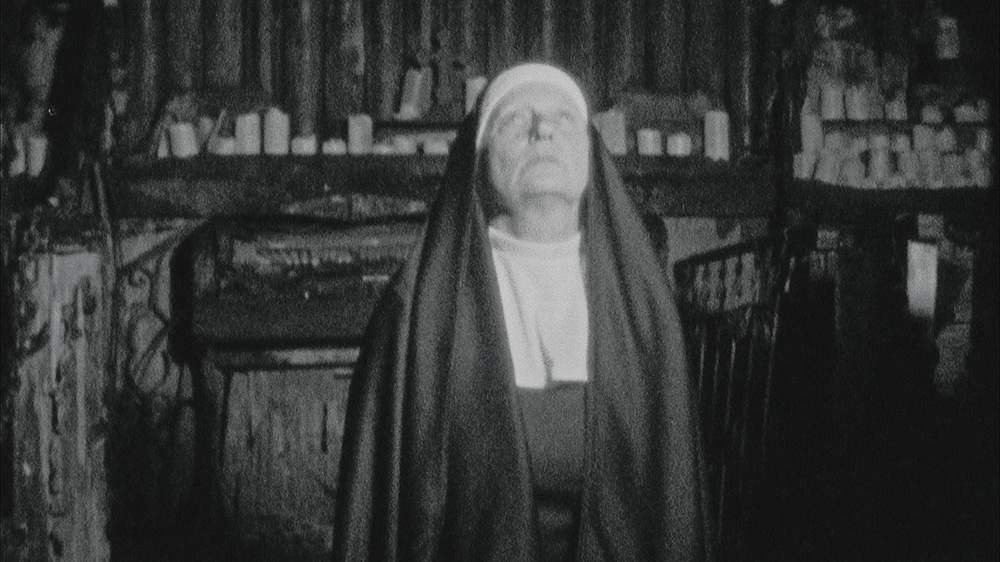 I just finished a short that I am executive producer on and also co-star in, The Sewing Circle: A Tale From Willow Falls.  It is another episode of my Willow Falls films.  I am super proud of it!  Scott Schirmer directs, which is awesome, and my writing team of Cheyne Curry and Chris Westfield work so beautifully together.  Cheyne wrote Willow Falls for me.  She’s incredible!  That will have it’s premiere next month, but I can’t reveal where yet.  I will say that it’s at a major film fest!  I plan on filming later this year for another Willow Falls episode.  I am working on ideas for that.  I’m going to take a beautiful, relaxing ocean-side vacation to mull over some creepy ideas. 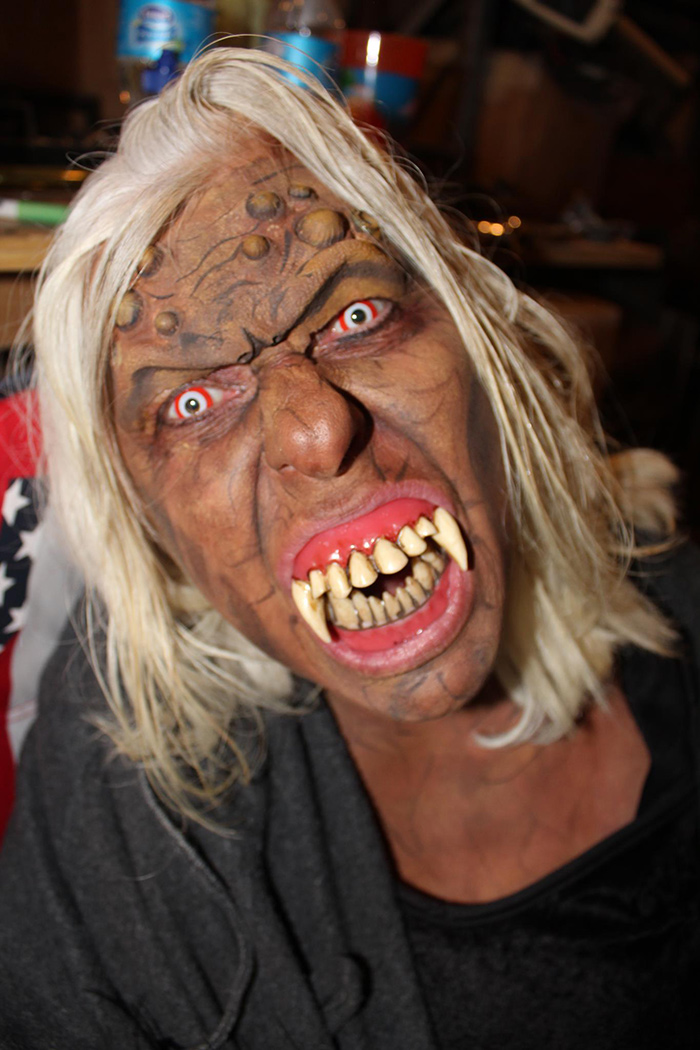