Down the Video Aisle: December 2018

A lot of us remember what it was like spending time wandering up and down the video aisles in rental stores. Whether it was a mom and pop shop, your local supermarket, or a chain like Blockbuster or Video King, looking through all the movies searching for the perfect one (or four) to take home that night was an experience as magical as the movies themselves. It was these moments where so many of us found the little horror gems that we fell in love with and still cherish to this day.

The times may have changed since then, but we still have new horror gems waiting for us to find and watch them.

Countless indie horror films are released on digital platforms every month, and with so much content, many get lost in the shuffle. The purpose of this monthly article is to bring a handful of these films to your attention with hopes of  helping you find some great new indie horror content. If I’ve seen a film, I’ll briefly mention why I liked it. If I haven’t seen one, I’ll mention why I think it’s worth checking out.

While clicking on a digital poster to read a synopsis doesn’t have the same charm as the sound of a plastic tape rattling inside a hard shell rental case, experiencing a great, unexpected horror film feels just as good now as it did back then. So let’s take a look at some movies that are available to watch now as we walk down the video aisle! 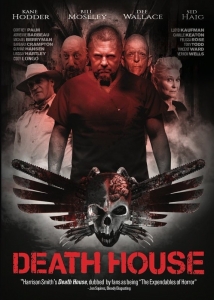 (Available now on digital and DVD/Blu-ray)

The lengthy cast of horror legends has been the talk of this film: Kane Hodder, Bill Moseley, Tony Todd, Barbara Crampton, Sid Haig, Dee Wallace, and many more. But there is a lot more to be excited about here. The film has an unmistakable 1980’s sci-fi/action look to it, very Escape From New York, and the score is total 1980’s jumpy synth sounding goodness. I found the low budget, midnight movie feel to be fun and never knew where the story was headed.

“During an exclusive tour, a power breakdown inside a secret prison known as the Death House sends two agents fighting through a labyrinth of horrors while being pursued by a ruthless army of roaming inmates. As they fight to escape, the agents push toward the lowest depths of the facility where they learn a supernatural group of evil beings are their only chance for survival.” 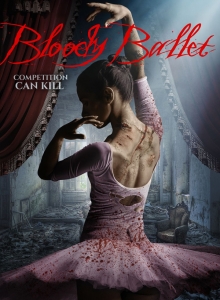 With undeniable influence from Suspiria, Bloody Ballet features indie horror icons Debbie Rochon and Caroline Williams with death scenes that are blood soaked with grisly practical effects showing every detail of the kill. One scene in particular that takes place in a bathroom is one of the most inventive transformation/plot twist scenes I’ve ever seen! And the fantastic performance from Kendra Carelli in the lead role pulls everything beautifully together.

“When a ballerina dancer named Adriana lands the lead role in the upcoming performance of The Nutcracker, she is excited for the role of a lifetime. When the stress of the pending performance begins to weigh on her, Adriana begins to have vivid nightmares while jealousy and tension among the dancers provoke supernatural elements. As a result the ballerinas begin to die one by one.” 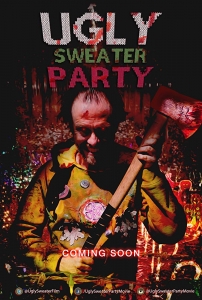 The story line is based in the supernatural, and the characters are based in pure comedy, resulting in a lot of crude humor and a lot of blood. The end result is an absolute blast! The chemistry between real life friends Charles Chudabala and Hunter Johnson create effortless humor. Adding to the fun are familiar horror faces Sean Whalen as an evil spirit and Felissa Rose in performance that will leave you in hysterics. Light the tree and grab some beers, Ugly Sweater Party is wonderful, mindless fun.

“An ugly sweater party turns into a bloodbath when an evil Christmas sweater possesses one of the partygoers.” 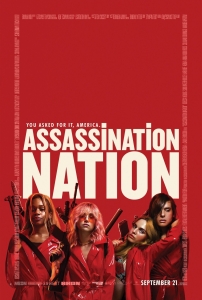 (Available now on digital and DVD/Blu-ray)

I don’t know why audiences didn’t turn out in droves for this film while it was in theaters. But if there’s one audience that should see Assassination Nation, it’s the horror loving, midnight movie audience. There’s so much to love about this film if you’re a fan of smart, socially aware horror. And make no mistake about it: Assassination Nation is a horror movie. It’s a loud, stylish, in your face warning. And it’s fucking awesome. Check it out, you’ll love it.

“After a malicious data hack exposes the secrets of the perpetually American town of Salem, chaos descends and four girls must fight to survive, while coping with the hack themselves.” 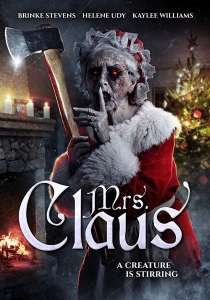 Mrs. Claus is loaded with festive atmosphere, it’s a very warm and appropriate looking slasher that is drenched in Christmas and blood. The effects are top notch, and I love the creativity of the kills; a number of them cleverly incorporate holiday decorations. Mrs. Claus is a love letter to the slasher hey day and such holiday horrors as Black Christmas and Silent Night, Deadly Night. This one was on our watch list for the 25 Days of Holiday Horror. But if you missed it then, this is still a great time to check it out. You don’t want to miss it.

“A group of college students attending a Christmas party at a sorority house that has a sinister past are stalked by a bloodthirsty killer disguised as Mrs. Claus.”

All the Creatures Were Stirring 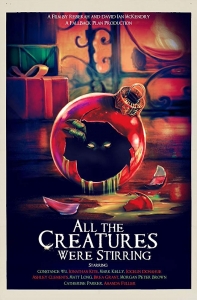 A horror themed Christmas anthology, what’s not to like? Featuring indie horror favorites Maria Olsen, Graham Skipper, Brea Grant, and Jocelin Donahue. This was another of our holiday horror recommendations, but it’s a perfect watch even after Christmas. You can also click here to read our interview with filmmaker Rebekah McKendry.

“When an awkward date on Christmas Eve leads a couple into a strange theater, they’re treated to a bizarre and frightening collection of Christmas stories, featuring a wide ensemble of characters doing their best to avoid the horrors of the holidays. From boring office parties and last-minute shopping, to vengeful stalkers and immortal demons, there’s plenty out there to fear this holiday season.” 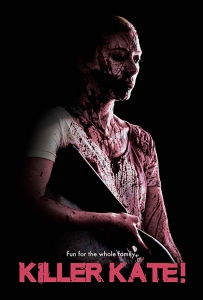 This looks like a film that doesn’t take itself too seriously and won’t hold back on the blood. Did I mention Tiffany Shepis? I’m sold.

“Kate attends her estranged sister’s bachelorette party at the request of their dying father. The weekend, held at a remote cabin booked on a home sharing app, turns into a savage life-or-death struggle that pits family against family, and past against present.” 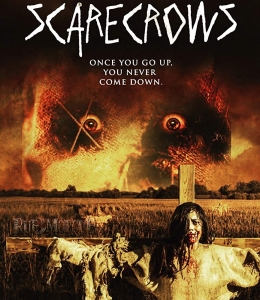 Classic slasher premise that promises gruesome deaths and a Texas Chain Saw Massacre meets Jeepers Creepers vibe make this one worth checking out. Click here to check out an early review of this film from one of our other writers, Vicki Woods.

“Teenagers are kidnapped and made into scarecrows that are left to die in the crop fields.” 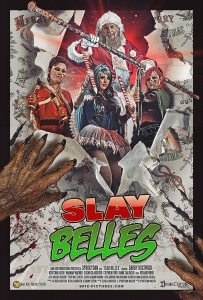 There looks to be not one dull moment in this fun and colorful looking Christmas romp! Featuring Barry Bostwick and Kristina Klebe.

“It’s Christmas Eve, and three cosplaying women come across the malevolent Christmas demon Krampus. The girls must team up with Santa Claus himself to battle the creature and save the world.” 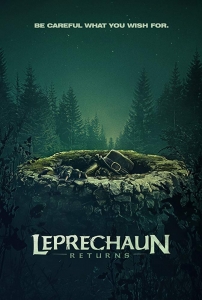 Us horror fans love our horror icons from yesteryear, and Leprechaun is no exception. It appears as if this new installment goes back to the semi-serious roots of the original.

“The Leprechaun returns once again, when a group of girls unwillingly awaken him, when they tear down a cabin so that they can build a new sorority house.”