Down the Video Aisle: February 2019

If you’re anything like me, you see February as the cold and snowy doldrums of Winter that merely bridges the gap between the new year and the beginnings of hope for Spring in March. I like to spend the month hibernating as much as possible until it’s over, and this month features plenty of new digital and physical indie horror releases to help you pass the time.

So while I’m not braving the elements as I sneak out on Valentine’s Day to see Happy Death Day 2U, I’ll be checking out the following films with a blanket and bucket of microwave popcorn. Let’s start our February walk down the video aisle and see what the month has in store! 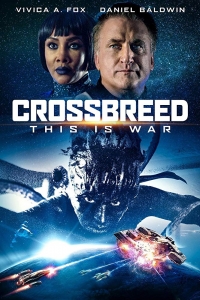 Crossbreed is the stuff of weekend watching, USA Network/TBS SuperStation legend; those films you’d catch again and again as a kid on cable TV and watch every time. A simple set up leads to an extremely fun and ambitious sci-fi ride showcasing some very impressive world building. There’s so much enjoyment to be had with the macho laden comradery among the 5 mercenaries hunting the alien: a sleek creature design made frightening by the mesmerizing, unbreakable gaze of Devanny Pinn who shines in the role. Crossbreed is fast paced cartoonish fun like the sci-fi/action movies of the early 1990s that warrants a sequel or two.

“In the near future, the President of the New United States of America hires a team of military veterans to retrieve an alien bio-weapon from a top secret research facility orbiting the Earth.” 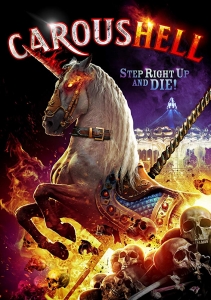 CarousHELL is the kind of movie you can throw on late at night after a long day and just enjoy how ridiculous it is. It’s entertaining, funny as hell, and even has a unicorn/girl sex scene for the Beauty and the Beast loving crowd. And when the end credits start to roll do yourself a favor and stick around for a couple extra minutes, the film manages to top its own ridiculousness end on a high note. Hop on and give CarousHELL a ride, you’ll be cracking up and happy you did.

“Duke, a carousel unicorn, hates his job. He has to let kids climb on his back and ride him for hours every day. But one kid has finally pushed him too far. Duke breaks free of his carnival hell and embarks on a bloody rampage of revenge on humanity.” The events of the film are set in motion when Betsy is attacked in a dark alley and severely bitten on her neck. From here Betsy plays out like a small town mystery fused with character driven drama. The slow, tension building transition as Betsy succumbs to the werewolf inside of her is well paced with a fragile yet ferocious performance from Kelci C. Magel. Writer and director Shawn Burkett took the time to populate his film with characters who feel real and presents the viewer with a slice of life look at a small town being terrorized by a werewolf.

“After surviving a vicious assault in the city, Betsy moves to the country in hopes of starting over, but as she begins to recover, something begins clawing its way into the moonlight.” 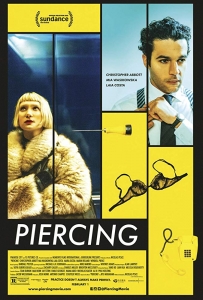 (Limited theatrical, digital and DVD on 2/1)

Piercing looks to be the most promising release this month with a very stylish trailer that looks like a cat and mouse game of twisted madness. The tone bounces from jokey to eerie in the same beat and the presence of Mia Wasikowska is always intriguing. (Read a review from our editor here).

“A man kisses his wife and baby goodbye and seemingly heads away on business, with a plan to check into a hotel, call an escort service, and kill an unsuspecting prostitute.” 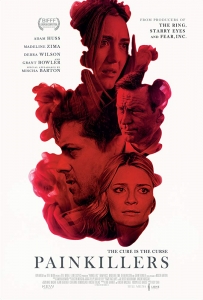 From the producers of Starry Eyes (ok, you have my attention), comes this tense looking thriller that looks twisty and dark in all the right ways. ‘The cure is the curse’, how cool sounding is that?

“Plagued by guilt following the death of his son in a car crash, John Clarke Huss, a brilliant surgeon comes to realize that the only thing that can ease his pain is the taste of human blood.” 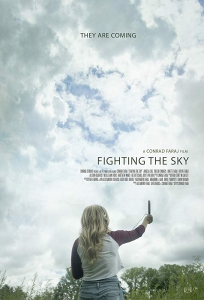 (Available on digital and DVD 2/5)

You can’t go wrong with a good, ‘ol fashioned alien invasion story! There’s always built in anxiety and fear when unknown visitors come to Earth and Fighting the Sky looks like it also packs in plenty of human drama and a lot of action.

“Strange other-worldly sounds are echoing around the world. A group of researchers, led by expert ufologist Lorraine Gardner, begin an expedition to track down the point of origin from which the sounds emerge. Yet as their journey deepens, they begin to discover more than they bargained for.” 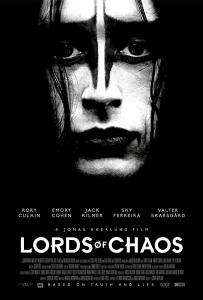 Based on true events, Lords of Chaos looks like a pitch black downward spiral into complete disorder. The performances look solid, and the story is intriguing to say the least. This one is definitely worth a watch!

“A teenager’s quest to launch Norwegian Black Metal in Oslo in the early 1990s results in a very violent outcome.” 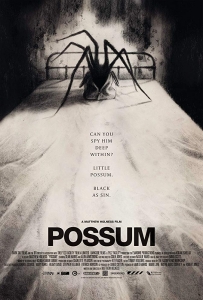 Possum looks to be one of those films that keeps you tense without realizing it, constantly gripping the arm or pillow of the chair you’re sitting in as your body prepares to be frightened. This one looks creepy indeed, and also looks like a must watch.

“After returning to his childhood home, a disgraced children’s puppeteer is forced to confront his wicked stepfather and the secrets that have tortured his entire life.” 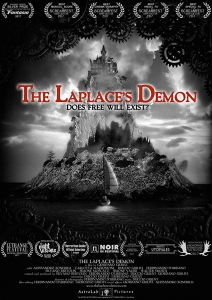 To say The Laplace’s Demon looks like Agatha Christie meets Alfred Hitchcock is an understatement; the film seems to have their fingerprints all over it. That combined with the beautiful, fairy tale-like set designs and crisp, black and white cinematography has absolutely grabbed my attention.

“A glass in free fall. Have you ever thought if it is possible to calculate into how many pieces it can break into? After numerous experiments, a team of researchers succeeds in doing just this apparently impossible task. A mysterious professor invites the scientists in his isolated mansion to know more about their studies. However, when they arrive, the researchers will soon understand to be involved in a new experiment in which they’ll have to play a very different role than usual: that of the glass in free fall.”