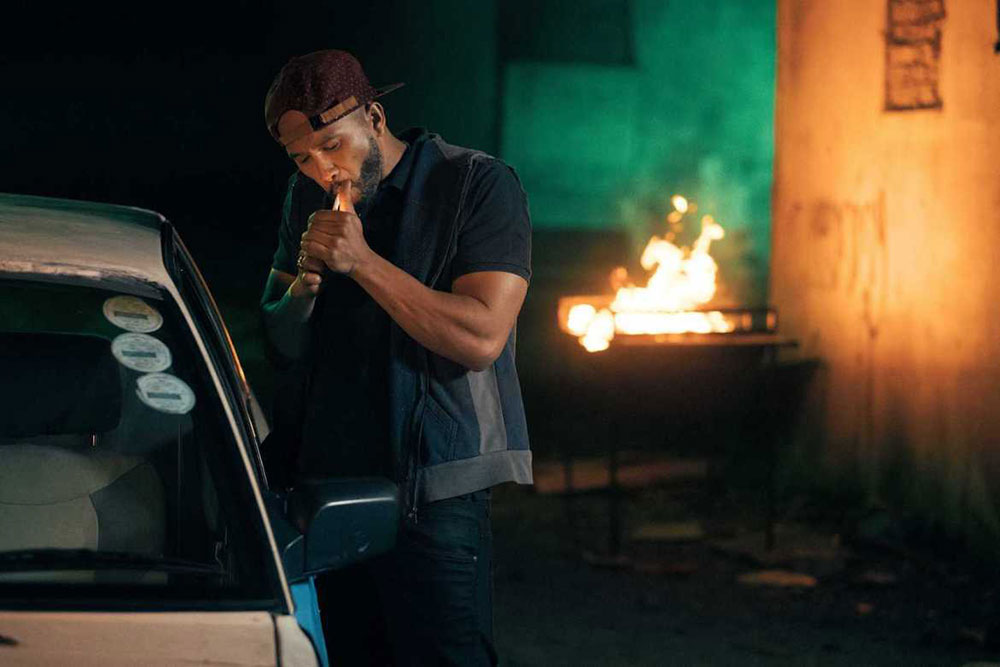 Small-time crook, Randal (Irshaad Ally), tries to get one last big deal so that he can escape the slums. Borrowing money from a violent loan shark named Emmie (Danny Ross), Randal plans on buying drugs from a local trafficker to resell at a higher price. The drug deal goes bad, and Randal finds himself paralyzed from the waist down, confined to a wheelchair, and still in debt to Emmie.

With his loyal girlfriend Pam (Monique Rockman) caring for him, Randal spends his days spying on his neighbors from his apartment window with a pair of binoculars gifted to him by Pam.

Randal witnesses a drug-related murder involving a dirty cop and enough money to pay back Emmie and allow Randal and Pam to move to a better neighborhood. As Randal continues to watch his criminal neighbors’ activities, he begins to hatch a plan to steal the money from the very dangerous crime lord, Lawyer (David Manuel).

Nosipho Dumisa has managed to create a kind of REAR WINDOW remake, and instill the recognizable story elements with energy, rawness, and a sense of newness.

Unlike Jimmy Stewart’s character in REAR WINDOW, who used his binoculars to pass the time until his leg healed, Randal is looking for his next big score. Even though his criminal plans never work out, and Pam begs him to start living a straight life, Randal cannot resist the big score— no matter the consequences to those around him. 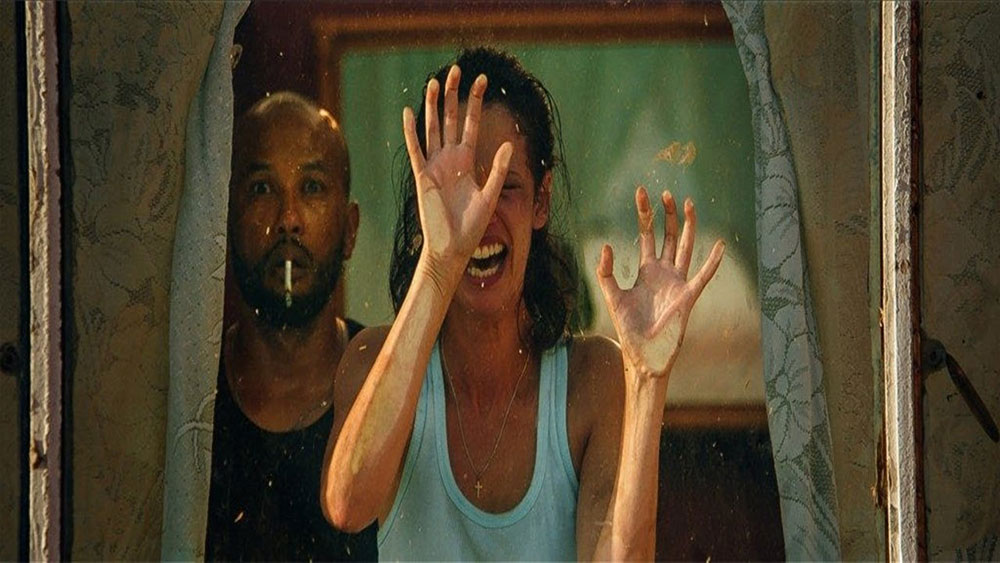 NUMBER 37 is a gritty, gripping, thrilling movie. This is a movie where you find yourself yelling at the screen:  “look out,” “don’t go there,” or “he’s right behind you!”

With NUMBER 37, Nosipho Dumisa (who is only 23 years old) announces herself as an important, exciting, new voice in cinema. Her career deserves our rapt attention, and I can’t wait to see what’s next from Dumisa.