Fantasia announces the first wave of programming for this year’s fest – bringing a stacked lined up of virtual screenings and events to Canadian film fans. 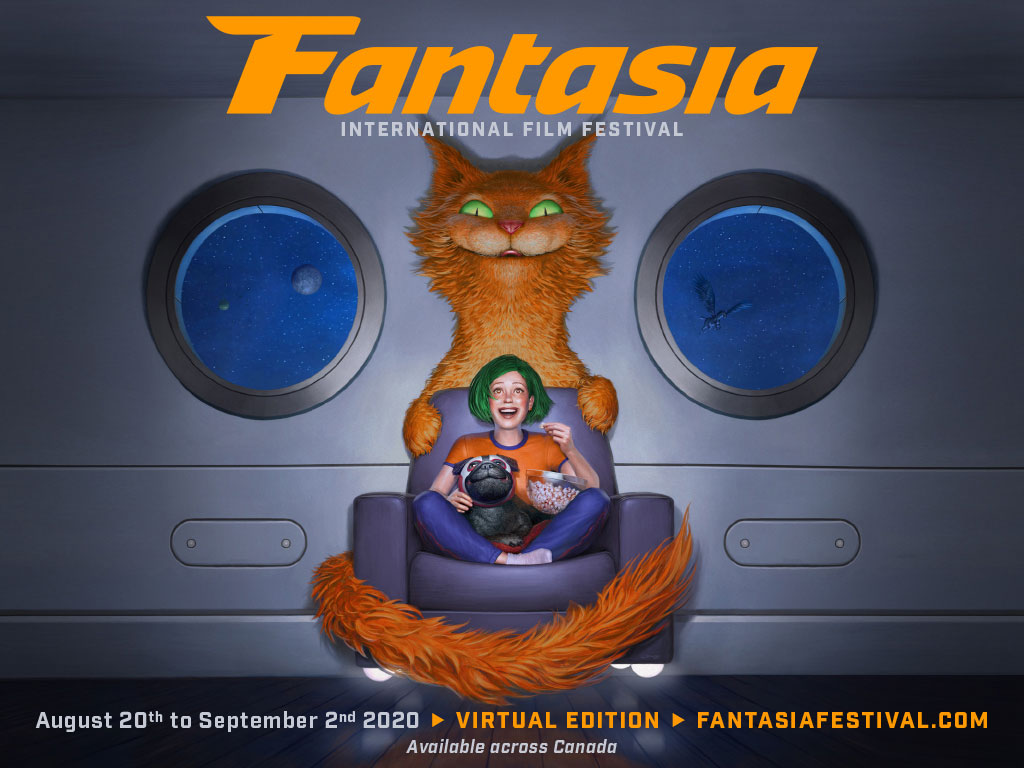 One of our favorite film festivals, The Fantasia International Film Festival, will be celebrating its 24th edition this year. Due to COVID-related health and safety concerns, this influential fest will be an entirely virtual event accessible to movie lovers across Canada.

Taking place online from August 30th through September 2nd, 2020, the jam-packed event will include screenings of daring new genre entertainment, as well as panels and workshops.

While the festival’s full lineup will not be announced until early August, the incredible first wave of titles has just been released.

A poignant and horrific period thriller set in 1665 against the backdrop of the Great Plague and the subsequent witch hunts in England, The Reckoning is a vivid, compelling and confrontational film whose themes are frighteningly pertinent to today’s concerns.

This will mark the second time that a work from the esteemed British filmmaker has opened Fantasia, The Descent having been the festival’s official Opening Film in 2005. The sole other filmmaker Fantasia has done this with to date is Takashi Miike.

The Fest will also be home to several world premieres, including:

Chino Moya’s UNDERGODS, is a collection of aesthetically astonishing, darkly humorous fantasy tales about a series of men whose worlds fall apart through a visit from an unexpected stranger.

New Delhi filmmaker Sidharth Srinivasan’s first horror work, the transgressive and darkly humorous KRIYA, is about a DJ who encounters a beautiful woman at a club, goes back to her home, and finds himself thrust into a nightmare odyssey of ritual magic, patriarchal death customs, and family conflict most unusual.

Canadian filmmaker Thomas Robert Lee’s freakishly nightmarish THE CURSE OF AUDREY EARNSHAW, follows a mother and daughter who are suspected of witchcraft by their devout rural community. It’s being hailed as one of the most unsettling and surprising occult horror films since HEREDITARY. 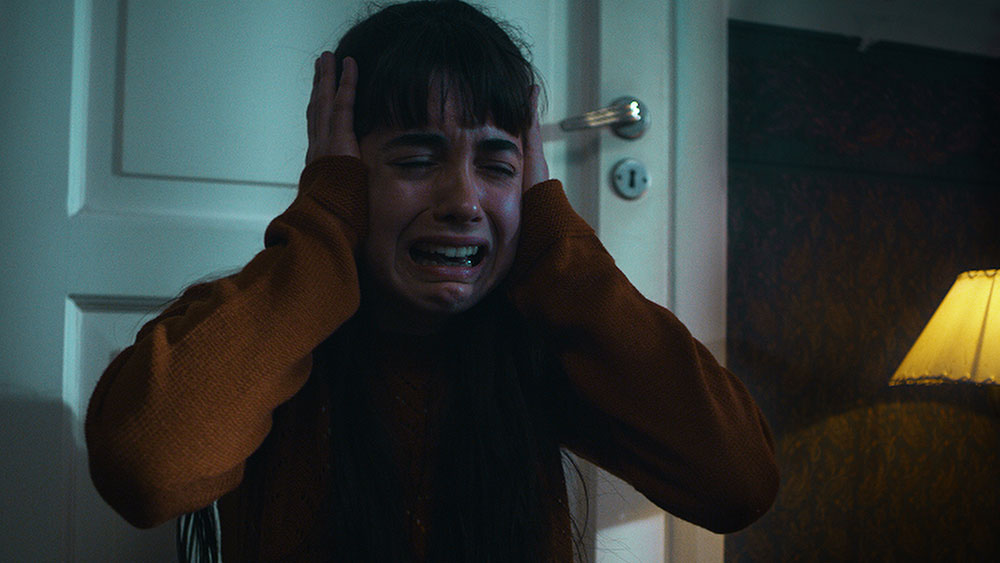 Argentinean writer/director Mauro Iván Ojeda’s chilling first feature, THE UNDERTAKER’S HOME, is about an undertaker who runs his mortuary business in the same house where he resides. He shares a home peacefully with mischievous but nonviolent ghosts, until a malevolent entity enters the scene and starts wreaking havoc on the already fractured household.

The sophomore feature by Canadian Writer/Director/Cinematographer/Composer Anthony Scott Burns, COME TRUE is a distinctive and compelling work of dark science-fiction that haunts the space between wakefulness and sleep. Plagued by disturbing dreams and unable to go home, rebellious teenager Sarah enrolls in a sleep study to get rid of her nightmares, but she unwittingly becomes the channel to a horrifying new discovery.

Lloyd Kaufman celebrates Troma’s 45th – and his 50th – year of making movies by taking on Big Pharma, addiction, and an intolerance of social media with all the sex, mutants, musical numbers, and violence that Shakespeare always wanted but never had. #SHAKESPEARESSHITSTORM marks the most ambitious project in Troma’s 45-year history.

A film by John C. Lyons and Dorota Swies, UNEARTH is a fracking horror story that follows two neighboring farm families whose relationships are strained when one of them chooses to lease their land to a gas company. In the midst of growing tension, the land is drilled, and something — long dormant and terrifying, deep beneath the earth’s surface — is released.

The story of Tiny Tim’s improbable rise to stardom is the ultimate fairytale — and so is that of his downfall. Swedish filmmaker Johan Von Sydow’s eight-years-in-the-making TINY TIM: KING FOR A DAY, like its subject, is unlike anything else out there. Through Tiny´s intense diaries (read by “Weird Al” Yankovic performing Tim’s inner voice with genuinely dramatic results), archival footage, and interviews with family, friends, and contemporaries, the film paints an intimate portrait of one of the oddest careers in showbiz.

One night, a famous novelist encounters a young, seemingly homeless woman in an overpass tunnel. He brings her home, which sets him on a path of increasingly bizarre encounters. TEZUKA’S BARBARA is the abrasively jazzy adaptation of Osamu Tezuka’s adult manga of the same name.

Shinichiro Ueda (ONE CUT OF THE DEAD) is back with his highly anticipated sophomore film SPECIAL ACTORS! A delirious meta-comedy, doubling down on the performative antics of his previous making-of/zom-com hybrid, Ueda now turns the entire world into a stage – to our utmost delight!

Tormented by vivid nightmares and the belief they are real, Marlene suffers a nervous breakdown in a remote German village. As her 19-year-old daughter heads there to join her, she encounters a well-kept family secret and an old curse that will make her life a never-ending nightmare. Michael Venus’ SLEEP is a supremely confident debut – smartly examining the continuing roots of totalitarianism through the prism of a dreamy haunted hotel film and the horror of our current, waking moment.

The sophomore feature from Natasha Kermani (IMITATION GIRL), LUCKY tells the tale of May (Brea Grant, who also scripted), a self-help author who suddenly finds herself stalked by a threatening but elusive masked man that mysteriously reappears every night. A visceral and smart exploration of gaslighting through the prism of horror storytelling, LUCKY was originally slated to launch at this year’s SXSW.

Writer / Director Brea Grant (who also scripted and stars in this year’s LUCKY) delivers a gripping real-time, hospital-set thriller / black comedy taking place in the late ’90s at the onset of the opioid crisis. 12 HOUR SHIFT follows a junkie nurse through an ascension of grisly criminal happenings as she funds her habit through organ harvesting side work on the job. Fronted by a career-best performance from Angela Bettis (MAY), playing a ferociously uncommon kind of anti-hero, and infused with inspired directorial details.

An alien takes over the body of a middle-aged drug addict (Gary Green) and goes on a delirious joyride across Cape Town in Ryan Kruger’s FRIED BARRY, an acid trip of a road movie. It’s a tale that’s alternately depraved and oddly sweet — featuring over 100 actors and some seriously bonkers FX.

A second wave of Fantasia 2020 titles will be announced in July and its full lineup will be revealed in early August, with ticket sales commencing shortly afterwards. Fantasia is proud to partner with Festival Scope and Shift72’s virtual screening platform to make this year possible.

For more information, visit us on the web at www.fantasiafestival.com.