Fantastic Fest is back with Festival Opener “TITANE”, along with “BINGO HELL”, “LAMB”, and dozens of other Highly-Anticipated Mind-Benders. 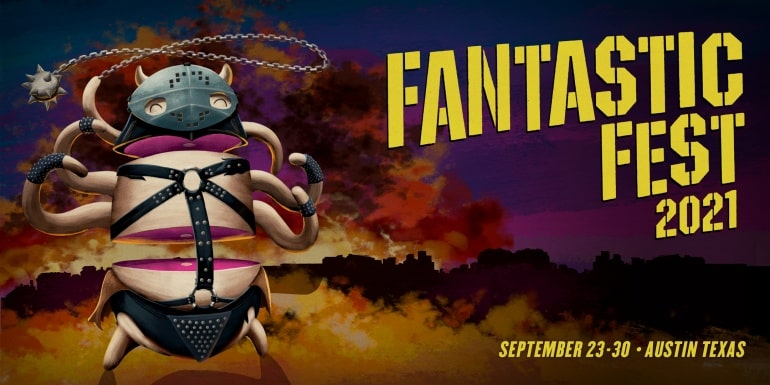 After 18 months of isolation and uncertainty, things may not be completely back to normal; I’m not sure any of us even know what “normal” really means anymore. But there are welcome signs of life to remind us what the world was like before the apocalypse — back when we had movie theaters, festivals, the joy of communal celebration, and the chance to connect in a real way with others who share our passion and love for the genre.

Out of all those beautiful signs that a new day has dawned, none have thrilled and electrified me as much as the announcement that my beloved Fantastic Fest is returning in person this year.

This year’s festival theme is, appropriately enough, Post-Apocalyptic, and it promises to be a reminder of the joy of cinema, community, and weird and wonderful movies. I feel overwhelmed with emotion just writing this.

Not only did we just learn that Fantastic Fest is back, taking place September 23rd-30th in Austin, Texas, but we also got news of the festival’s first wave of films. And as to be expected, the lineup is completely killer.

The festival will be headlined by the truly extraordinary 2021 Palme D’Or winner TITANE from PARASITE distributor NEON. 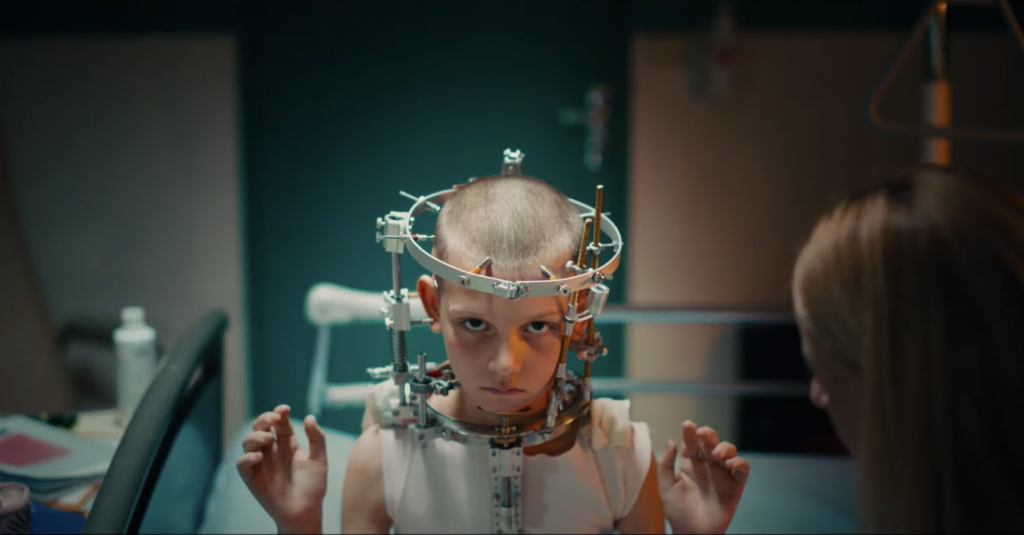 It might not have seemed possible to top her staggering debut RAW (Fantastic Fest 2016), but Julia Ducournau has somehow done just that. A poignant study on loneliness, isolation, and gender identity wrapped in a constantly surprising world of body horror, muscle cars, violence, and disco-dancing firemen.

Fantastic Fest 2021’s opening night party will be dedicated to the instantly iconic visuals of TITANE. Muscle cars will be on hand, and metallic-themed or “French firefighter” costumes are highly encouraged. TITANE opens in US cinemas on October 1st.

Mondo Records, a company I am beyond obsessed with, is also celebrating its 10 year anniversary at Fantastic Fest this year and will be on-hand with a very special TITANE soundtrack giveaway ahead of the official Mondo vinyl release later this year. Additionally, on opening night there will also be a Mondo Records pop-up featuring rarities from the vault.

Additional studio premieres include A24’s hotly-anticipated LAMB, winner of the Un Certain Regard Prize of Originality at Cannes (opening in theaters on October 8); BINGO HELL, part of the Amazon Studios and Blumhouse Television “Welcome to the Blumhouse” series; and Netflix’s THE TRIP, starring Noomi Rapace in a delightfully twisted Norwegian mind-bender.

“We’re thrilled at how the program is coming together,” says Fantastic Fest Director of Programming Annick Mahnert.

“For this Post-Apocalyptic edition, we’ve scoured the four corners of the globe to find weird, silly, terrifying, entertaining, and fantastic movies directed by established and emerging filmmakers. This first wave is but the tip of the iceberg and we cannot wait to unveil the rest of the program to y’all!”

FAN Badges, 2ND HALF Badges, and MIDNIGHT Badges for Fantastic Fest 2021 are available for purchase here. As to be expected from the amazing team behind Alama Drafthouse and Fantastic Fest, safety is the number one priority during this festival. Thus, attendees should take note of the following important precautions being taken:

For those unable to attend the festival in person, there is more great news: the return of FANTASTIC FEST @ HOME!

In an effort to build a more accessible festival for everyone, the festival organizers are making sure you can enjoy a virtual Fantastic Fest experience. Hot on the heels of the in-person Fest, the virtual Fest will run from Thursday, September 30th, through Monday, October 11th. A selection of titles from this year’s Fest will be dropping in waves every morning from Thursday through Sunday. The fest is also scouring the globe for underseen favorites and crowd-pleasing hits from Fantastic Fests of yore and will have those available to virtual badge holders throughout the entire festival.

Badges for the virtual Fest will also be available as an add-on for anyone who rolled over their badge from last year or anyone who buys a new badge for the in-person festival. SUPERFAN and FAN badge holders will get a virtual badge ABS