“4×4” is a ninety-minute exercise in claustrophobic terror that quickly and successfully delivers audiences into a nightmare on four wheels. 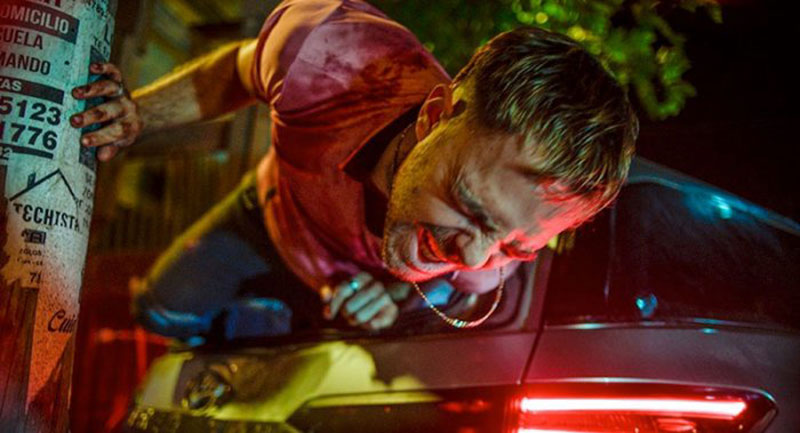 Co-written by Mariano Cohn and Gaston Duprat, whom have teamed up previously on films such as El Artista (2008), The Distinguished Citizen (2016) and The Man Next Door (2009), the pair have kept the premise simple for 4×4.

Somewhere in Argentina, a car thief named Ciro (Peter Lanzani) comes across a shiny, new SUV and couldn’t resist the opportunity. But once inside the 4×4, and demonstrating what kind of person he is, the thief quickly realizes he is trapped and at the mercy of an unknown man.

What isn’t simple though, is the incredible performances and excruciating pace this well presented flick beholds. 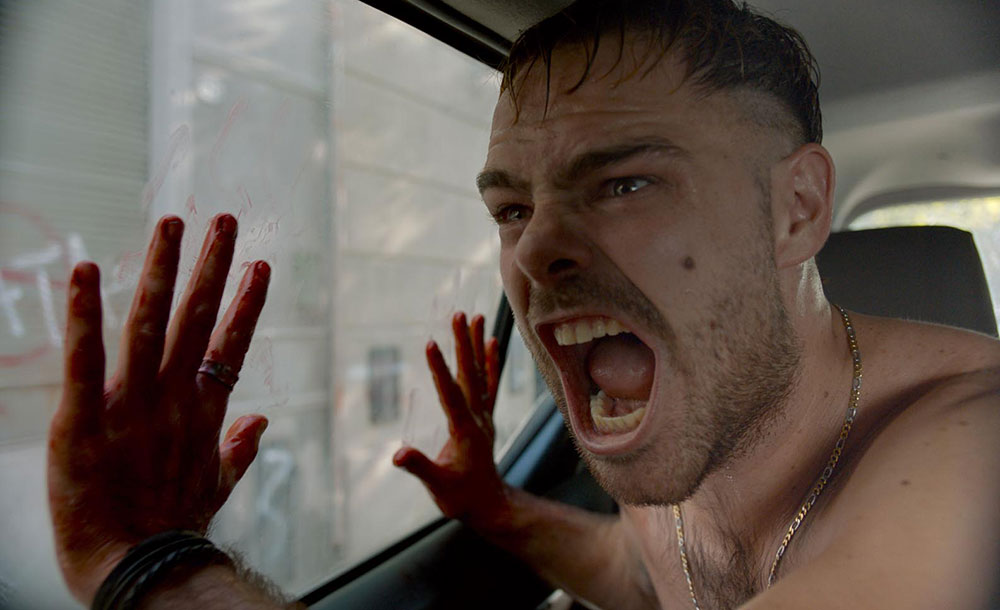 We are so swiftly thrust into Ciro’s diabolical dilemma. And we become exhausted watching him try to kick, claw, and break his way out of the vehicle, which he now realizes is modified to keep him prisoner. Literally ten minutes into the movie, and homeboy is seriously fucked.

Ciro’s heat and stress levels increase tremendously. And as the hours pass, so do his thirst and hunger. The imprisoned young man’s anxieties peak as the individual responsible for the formidable trap contacts him through the hands-free car phone and initiates some cruel added hardships. 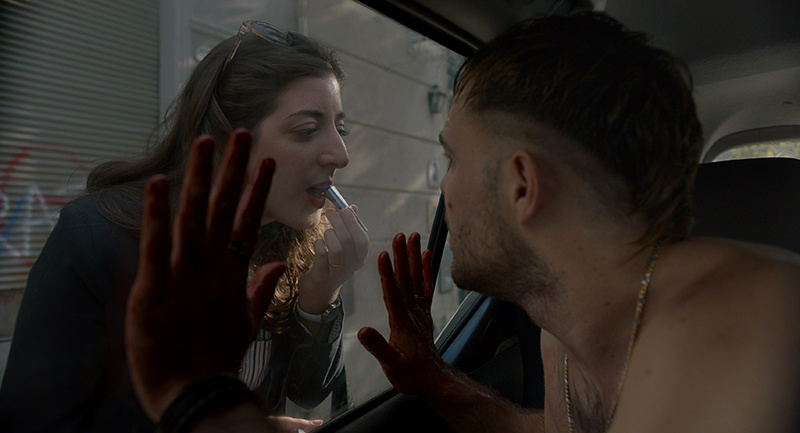 Ciro is also forced to watch through the windows as citizens go about their daily lives, oblivious he is trapped inside.

Every escape the wayward youth attempts has already been accounted for and therefore thwarted by the vengeful mystery man (Dady Brieva). Eventually, Ciro’s captor introduces himself. And his personal perspective is brought to light, allowing for possible shifts in sympathy.

4×4 boldly highlights the issues of crime, vigilante justice, and victimization.

These all play out in unexpected fashion in the third act, which could be chalked up to one hell of a conceptualized morality tale.

Cohn and company made it look easy to be able to develop a highly engaging feature where the bulk of the narrative is confined to the interior of a vehicle. And to say I was in awe of Lanzani’s performance in an understatement. He is absolutely brilliant in this film, successfully conveying immense fear, anger, and vulnerability.

4×4 is unique and exceptionally well crafted. It elicited a feeling of anxiety I haven’t experienced with a movie in some time. And I fucking loved it.

4×4 made its North American premiere at Fantastic Fest on Thursday, September 19, 2019, in Austin, Texas.