We continue our recap of the Riverdale series with episodes 5 and 6 of the second season, “When a Stranger Calls” and “Death Proof”.

Season 2 Recaps:
Episodes 1 and 2: A Kiss Before Dying and Nighthawks
Episodes 3 and 4: The Watcher in the Woods and The Town That Dreaded Sundown

Episode 5: “When a Stranger Calls” Synopsis 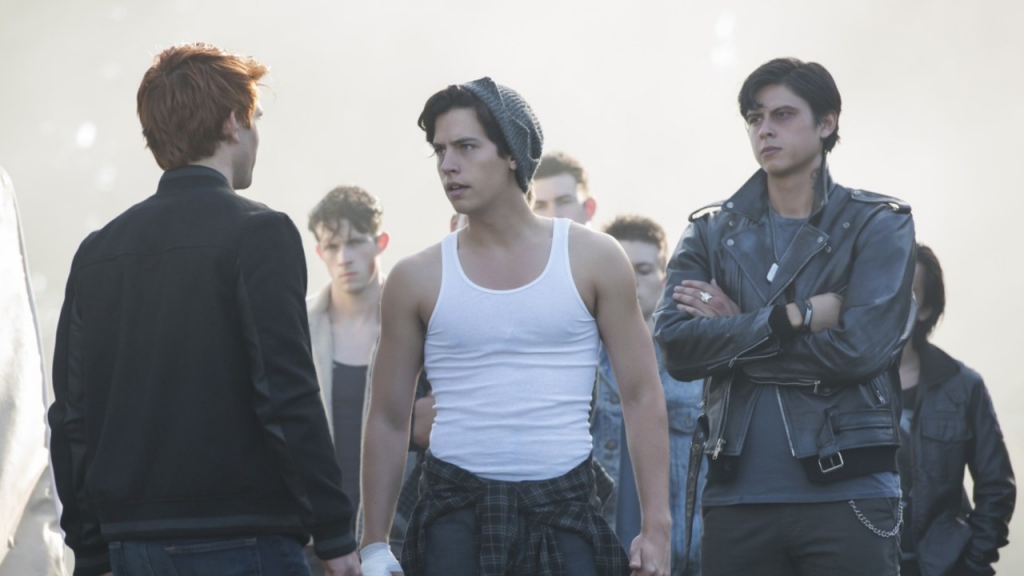 Betty is pushed by the Black Hood to break ties with Veronica and Jughead, and she does so while keeping her ties with Archie. She tells him about the Black Hood calling and threatening her, and he tries to help by becoming her go-between and breaking up with Jughead for her. Jughead breaking up with her inspires him to go through the trials to become a Serpent, which include babysitting ‘The Beast’ aka Hot Dog and being beaten up by the entire gang. The episode — for him at least — ends with him having a new Serpent tattoo and kissing Toni. All of this happens while Sweet Pea thinks about blowing up the Riverdale Register.

It’s also uncovered that Alice used to be a Southsider and was arrested at one point. After having talked down the Serpents so much, she finally embraces that part of herself at a gala the Lodges hold.

Veronica’s friend Nick St. Clair comes to visit, her family wanting to make deals with his, only to attempt to have sex with her, get rejected, and then drug and attempt to rape Cheryl and get beaten up by the Pussycats. His name is given to the Black Hood by Betty in an attempt to save her sister. 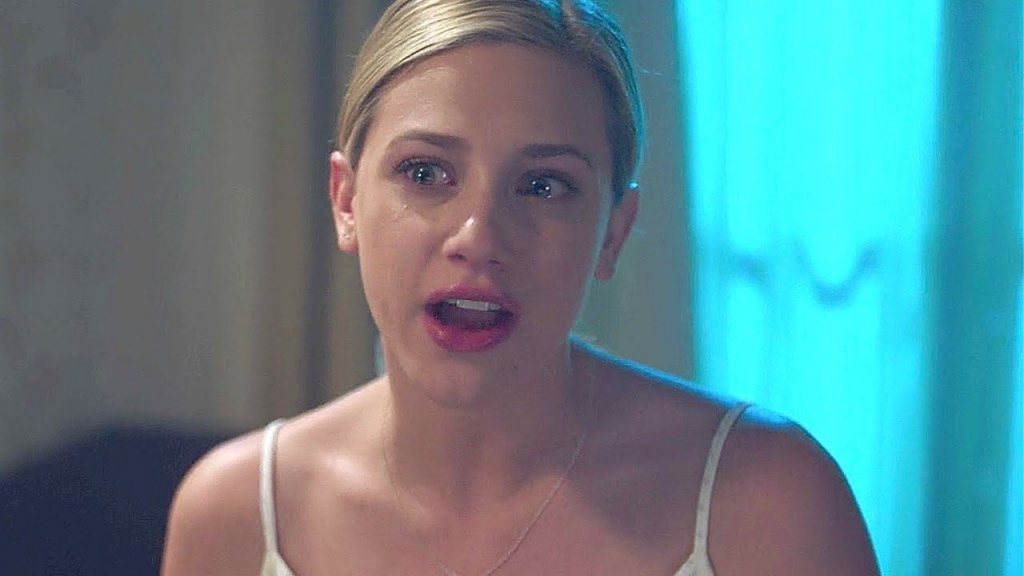 — My money’s absolutely on Hal being the Black Hood. How the hell else would he know if Betty told Polly if he wasn’t in the house and able to listen to her if she calls Polly or read if she tries to send her a letter about it (don’t tell me she wouldn’t try that).

— Honestly, I wouldn’t be upset if Nick St. Clair died. Let him rot. Good on the Pussycats and Veronica for beating the living hell out of him. Did the Black Hood make a mistake attacking Fred, Moose, and Midge? Yes. But Nick St. Clair going down is absolutely the right call.

— Can this show just leave Cheryl alone? Her brother died, her father killed her brother and then died, her mother sucks (and is probably also back in commission or will be soon after the fire at Thornhill), and she tried to kill herself. Can’t we just lay off of her for a little while?

— Good to see Fred’s back in action and Archie’s no longer trying to be a vigilante!

— Betty wasn’t at her smartest during the episode. Immediately telling Archie about the Black Hood was a bad idea, considering that the boy can barely keep a secret. Sad to see her cut out Veronica and Jughead though. It does give more credence to my theory about Hal since he appeared to dislike Veronica and Jughead as much as Alice did. 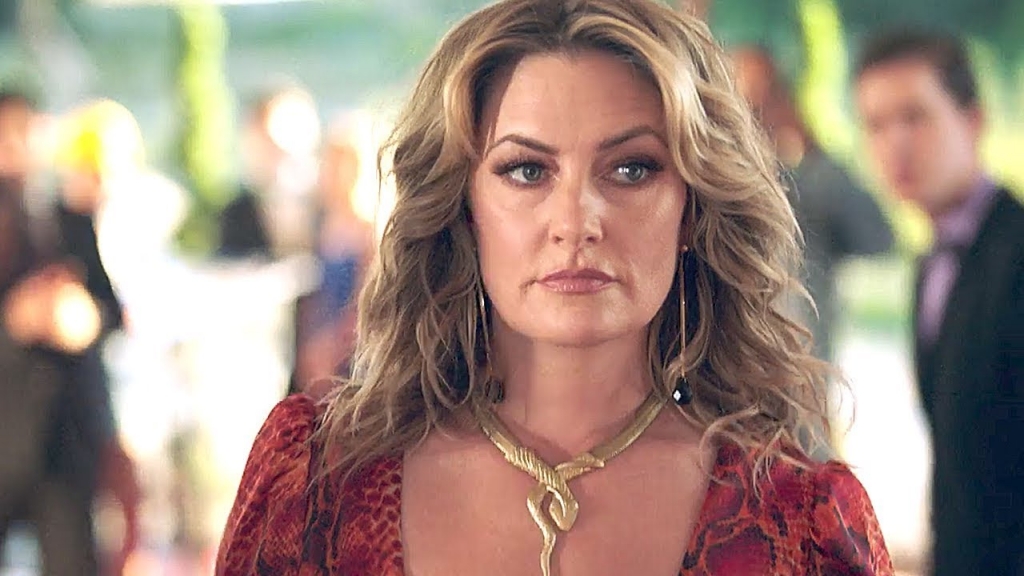 — I loved Alice’s entrance to the gala. She’s still kind of an asshole, but I love a dramatic entrance as much as anybody. Also, we finally get to see a little bit of her embracing her Serpent past! Maybe that means she’ll start becoming a better person! Probably not, but a gal can hope!

— I don’t know why Jughead getting beaten up made me so happy, but it did. It was just a really good sequence and good respite from what was happening with Cheryl which made me almost throw up! Thanks for that, Roberto!

— I still love Hot Dog so much. Every time a dog shows up in this series it makes me so happy.

— The usage of ‘Thunder’ by Imagine Dragons for Alice’s entrance was silly. At least use ‘Believer’, that song has more of a dramatic punch. I loved the Jill Barber track and the Pussycats covering ‘Out Tonight’.

— Are they legitimately trying to make Lollipop by the Chordettes scary? News flash, it’s never going to be scary. Stop trying to make fetch happen, Roberto.

“The Southside as we know it will be gone, replaced with a new Eden.” – Hiram (This just seemed supervillain levels of cheesy.) 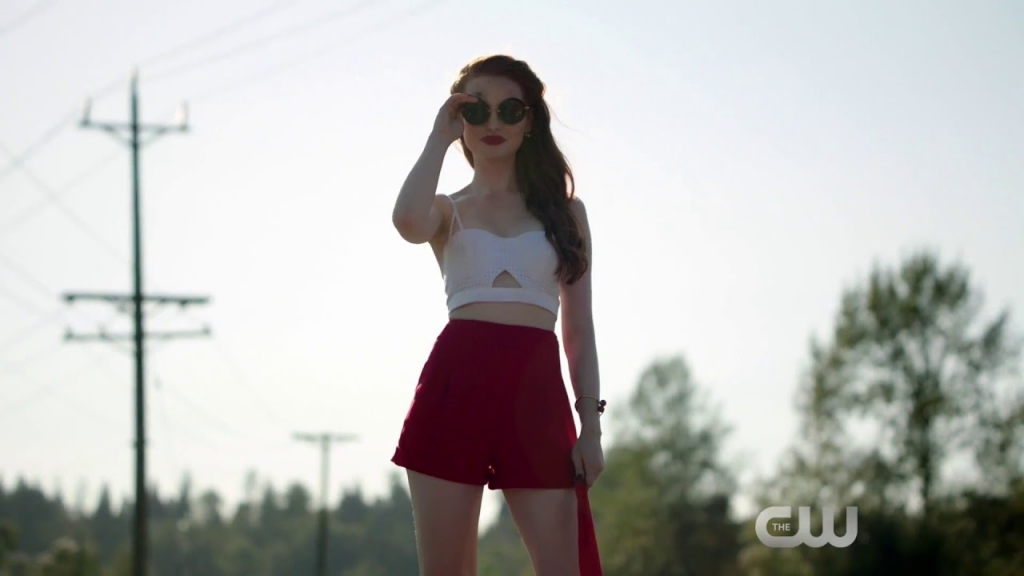 The Black Hood doesn’t kill Nick St. Clair because he’s not a member of the town, but makes a deal with Betty: if she finds out who the Sugarman is, the man supplying the town with Jingle Jangle and other sundry drugs, he’ll stop killing people. Nick proceeds to slutshame Cheryl at Pops, attempts to gaslight her, and then reveal that her mother made a deal with his parents for hush money. His family then gets into a car crash that leaves him injured and his parents unaccounted for while Penelope finally burns the hush money and the Lodges cut ties after finding out that Veronica was almost assaulted.

Betty, meanwhile, tells Veronica the truth about the Black Hood and reconciles with her (and apparently does the same with Jughead off screen although it’s unseen whether they’re together again or not), and discovers the true identity of the Sugarman after asking for and getting help from Cheryl (who had to wrangle the answer from her mother): it’s Robert Phillips, the teacher Jughead had befriended. He ends up at the point of the Black Hood’s gun at the end of the episode, the same Black Hood Betty finally stands up to.

The Ghoulies and the Serpents also drag race, only for the cops to come and arrest the Ghoulies just as they had raided Southside High on Mayor McCoy’s heed earlier in the episode. — First of all, love the title of this episode since the sequence of the Pussycats beating Nick St. Clair up last episode was inspired by Death Proof.

— The Black Hood disappoints by not killing off St. Clair. What an absolute shame, although the car crash did make me feel a little bit better. I hate him so much, and every time I see him on screen I get the same waves of nausea I got from seeing Grundy.

— We have our fourth confirmed non-straight character, and our second that’s actually going to be recurring, now that Toni’s stated that she’s more into girls! Also, the Jughead and Toni pairing has been shot in the foot, so I give it two more episodes before Jughead and Betty are back together. She did at least tell him about the Black Hood though.

— I have a feeling that some really bad things are going to come out of the raid on Southside High. Seriously, what’s with almost everyone’s absolute hatred of that side of town? Bad things are going on all over this town, the only difference is that there’s apparently no law except for Serpent law in the South. We had a literal murderer come from the Northside and one of the richest families in town for goodness’s sakes! 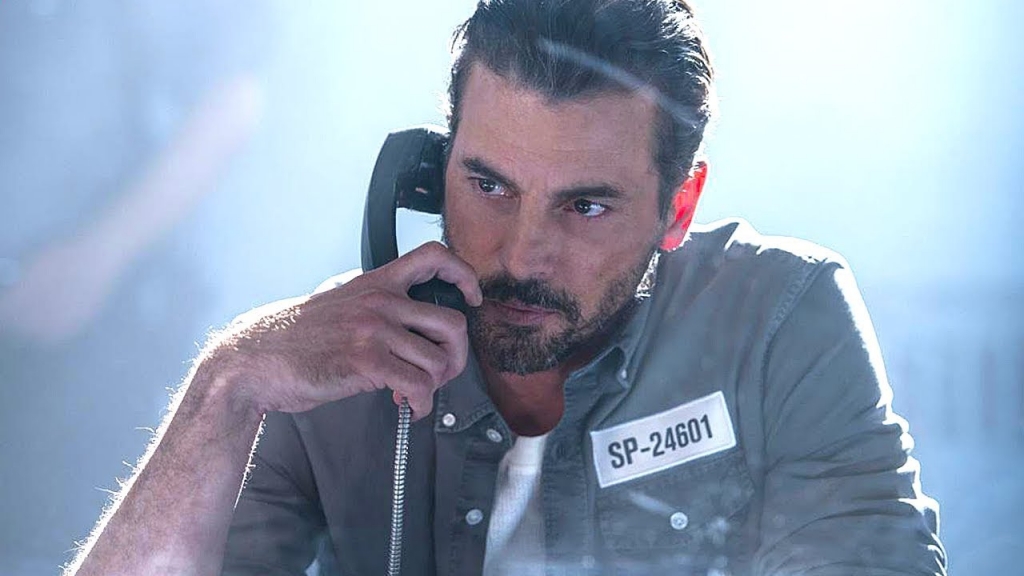 — The Black Hood’s not gonna stop killing even though the Sugarman’s been captured. The man’s so full of crap that it’s coming out of the holes in that ski mask of his. Still absolutely sure that it’s Hal.

— I’m glad that Veronica and Betty are friends again. I didn’t suspect them being enemies would last more than an episode or two (because nothing like that ever lasts very long on this show), but still! It’s nice.

— Why isn’t there any real Ghoulies merch? Seriously, they have such a better aesthetic than the Serpents. I’m a sucker for glam metal and skulls, and I would love to have a Ghoulie jacket. Also, the ‘House of the Dead’ is a way cooler name than the ‘White Wyrm’. 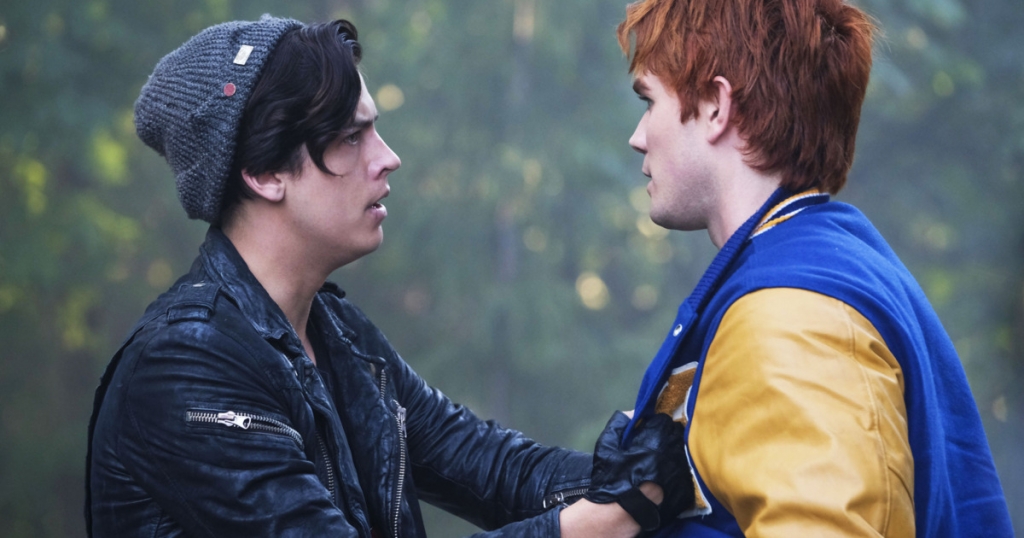 — Also, why did Reggie let Jughead use his car for the drag race? Is it just because he and Archie are friends?

— Loved the Rupaul’s Drag Race reference though. Maybe we could see about getting a recap series going for the Boulet Brothers’ Dragula, the horror-themed cousin of Drag Race.

— Despite the good deed of dumping the hush money, Penelope’s still the worst parent on this show so far. Even a broken clock can be right twice.

— Also, I sincerely hope that the Lodges did something to orchestrate that car crash.

— No matter how many times it’s used, Lollipop by the Chordettes is not and will never be scary. Also the Marilyn Manson song during the drag race was extremely unimpressive.

— Can someone please get these teens some therapy?

“When I heard what happened at Nick’s party, I decided that we should come together to deal with this motley crew of liars, dope-fiends, and fornicators. Except for my Betty, who was smart enough to leave the party before it descended into a bacchanalian free for all.” – Alice (Why are you talking like this is Reefer Madness?)