The ‘Social Ills” short block from Final Girls Berlin proves why horror is such a powerful vehicle for exploring real and meaningful social issues. 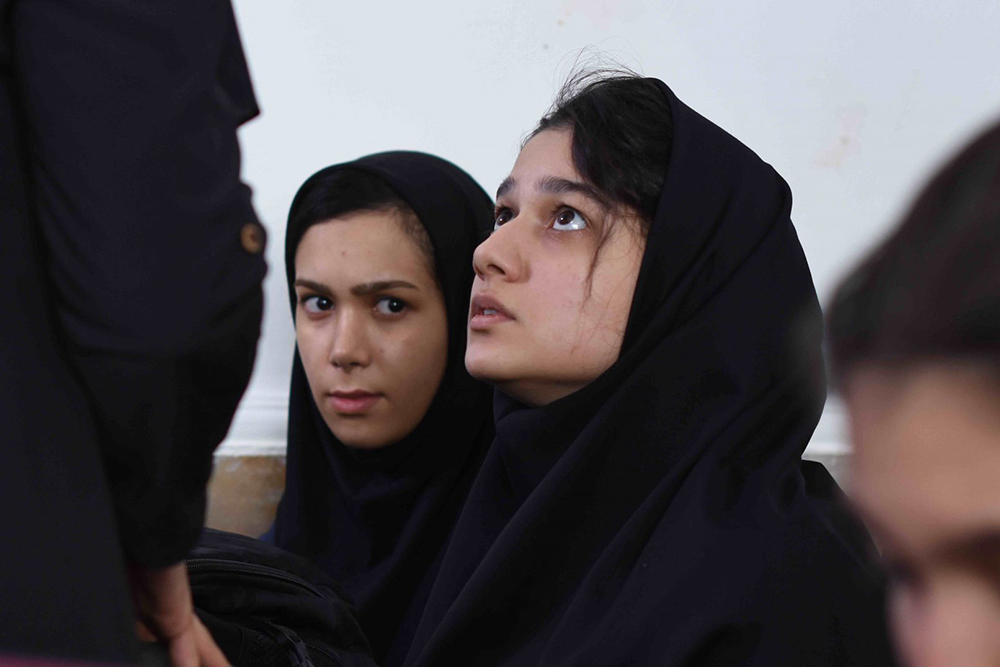 The Final Girls Berlin Film Festival is committed to creating space for female voices and visions in the horror genre. In addition to showcasing great features helmed by women and female-identifying filmmakers, the fest is famous for its exceptional short horror programming blocks. Each block is built around a theme.

I had the pleasure of screening films from this year’s “Social Ills” film block, featuring short films that address the various social issues that plague our society today. Each remarkable film reflected the vision of an extremely talented and passionate female filmmaker offering a unique and sometimes heartbreaking perspective on the world’s most divisive social issues, with a strong focus on the dangers of disrespecting and demonizing those considered as “other”. 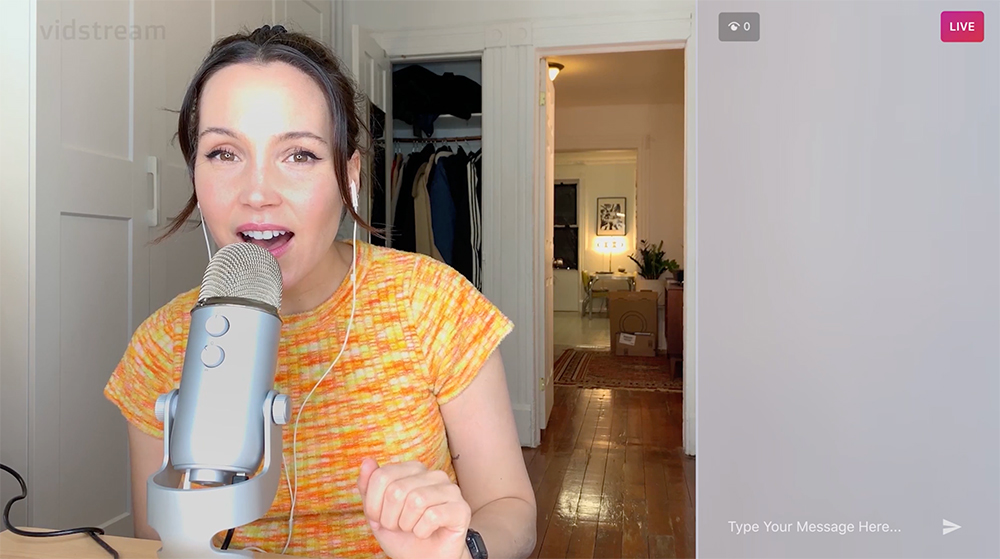 Written, directed and starring, Alexandra Serio, Tingle Monster takes the word ‘chilling’ to a whole new level. The film follows the live stream of an ASMR influencer as she returns to social media after a bad break up and a move. However, much like real-life you never know what’s really going on in a person’s life.

The film explores the hostility and aggression women on the internet face with issues such as unwanted sexual comments, emotional gaslighting, victim-blaming and more all unearthed. As comments such as “where do you live?”, “nice ass”, “why so angry?”, “she deserves this”, “wanna participate” and “staged” coming up in the chat, it’s easy to feel disgusted, and if you’re a woman, relate to similar horrid behavior.

Overall, that combined with the great use of limited camera angles and tension, this film manages to address and point out these issues but make it apparent how horrendous and damaging they are.

Written and directed by Sonia K. Hadad, Exam follows a young Iranian girl on a day of a very important exam. However, due to unforeseen circumstances, her morning does not go as planned.

Hadad produced the film in reference to her own life experience, hoping to relate the restrictive and distressing situation that was her own education. What the protagonist in the film is willing to do in order to avoid trouble with her stern and unforgiving teacher is terrifying in itself. The acting is superb, as we are able to sympathize with the teenager’s vulnerability and motives. And the film in itself holds a powerful message and story. 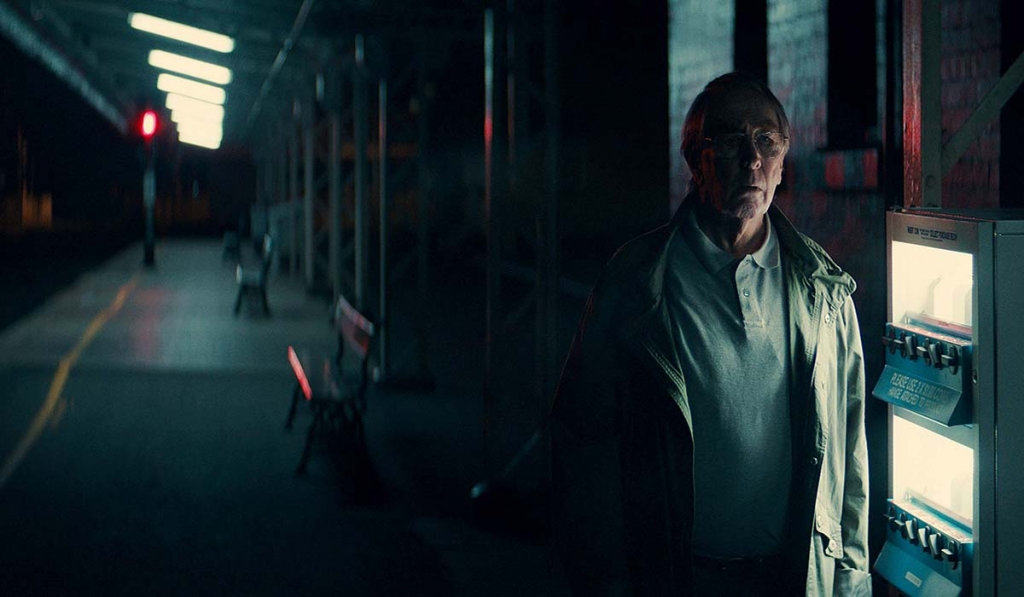 Written and directed by Samantha Timms, Reformed follows a freshly released prisoner and his attempt to keep true to his newfound religious faith. Yet he cannot run from the mystery behind his original crime and the temptation that comes with freedom.

This film is a strange but beautiful mix of contrasts, the imagery is bloody at times yet the amazing cinematography gives it such a beautiful look. We feel sympathetic towards the elderly man as he has a heart-warming but bittersweet interaction with a child and his mother, yet as we are slowly exposed to his horrid crime, we are horrified. On top of this, the tight tension and gradual reveal are exquisite, all leading to a truly brutal ending.

Set in an apocalyptic near future with extreme poverty, Rehome follows a desperate young Hispanic mother who looks to a rich white couple for help. From the get-go, we know something is off with the perfect housewife Maria is greeted by being too sweet for comfort. As the night progresses, the horrifying nature behind their generosity is revealed.

This film touches mostly on the issue of race and class with a direct nod to the ongoing tragedy of the rich benefiting and ‘feeding’ off the poor, as well as the issue of racist and classist stereotypes that allows for further injustice. It also makes a bold but calculated guess on what would happen if America ever did build a wall. With vivid cinematography and raw acting, this film is well-built with an important message and a frightening narrative.

Faye Jackson’s Snowflakes follows two women, Miriam and Esther, both of whom are about to be falsely deported from the UK. However, their horrifying captivity is short-lived as a strange anomaly takes over the white staff and security. The film not only addresses prejudice regarding race but also the unjust and horrific state of deportation, doing so with a bold and blunt vision that leaves no room for excuses or ‘buts’.

Snowflakes is simply bursting with narrative and character, as well as an almost morbid humor amongst the vividly upsetting scenes. The acting by Sharon Duncan-Brewster and Cherrelle Skeete is spot on, heavily emotionally provoking and at times, heartbreaking. Snowflakes is a short that I hope will be made into a feature or mini-series so that we can explore even more of these characters and their stories.

Based on Margret Atwood’s short story, Torching The Dusties follows an elderly couple in a lavish nursing home. They live a comfort, restful life until protestors arrive at the gates with the intention of burning the nursing home to the ground.

The film focuses on a variety of issues including ageism and the consequences of adopting a binary “Us” and “Them” perspective. The film certainly has an important message, humorous characters and some mild tension. Yet, I would not call it a horror film, although the concept of burning down nursing homes and