Another year of outstanding Final Girls Berlin Film Fest programming is underway, and day one dazzled with the Social Ills short horror block.

The incredible Final Girls Berlin Film Fest kicked off with a bang on Thursday, February 3rd, as audiences were treated to three stellar short horror blocks along with the Berlin Premiere of the hotly anticipated feature We’re All Going to the World’s Fair. Each of the powerful short horror blocks featured films centered around a unifying theme. The first 78-minute block featured films about social horror — films that explore some very meaningful real-world issues through a blend of humor, horror, and shared humanity.

From fears of motherhood and the ways in which becoming a mom — or being unwilling or unable to — can so often define a woman’s identity, to issues of racism, misogyny, depression, and abuse, this block packed a powerful punch and set the stage for another show-stopping lineup of festival programming.

An adopted woman is forced to confront her darkest fear about motherhood at her sister’s baby shower.

Motherhood can be one of the most beautiful and positively transformative times in a woman’s life. But there’s another side of this life-changing experience that we rarely talk about. The truth is, for many women, this can also be a time fraught with fear, anxiety, and insecurity. It’s natural to question, worry, and agonize over the decision to become a mother — even if it’s one you’ve been planning for. But many women are forced to keep their worries private, even from their loved ones, which can be lonely and isolating — and only serves to further amplify anxieties.

There’s often a shame or stigma associated with women who don’t fit the societal expectation when it comes to bringing life into the world. Anything that deviates from the happy, glowing mother-to-be stereotype is met with judgment and even scorn.

In The Goldfish, a beautiful short film from writer/director Ashley Brim, we’re invited to explore the world of motherhood from the lens of a transracial adoptee named Olivia (Diarra Kilpatrick). She and her husband have decided they are ready to start trying to start a family. But her excitement is tempered by her fears she won’t be able to bond with the child, given her own birth mother’s decision to give her up when she was a couple of weeks old. Her fears are exasperated when she attends her sister’s baby shower.

The Goldfish is Ashley’s third short film and one she cites as her most personal. In an interview with The Drill Magazine, she explains:

“I am adopted but I didn’t ever think I would make a film about it. I was honestly surprised when I realized that was what I was writing about. And now I can’t stop. I’m actually in the process of developing THE GOLDFISH into a half-hour drama series now and writing a feature about another adoptee and a birth mother.”

Beyond explorations of motherhood and societal expectations on women, Ashley asks us to consider ideas about identity, race, and adoption in this moving 17-minute short. 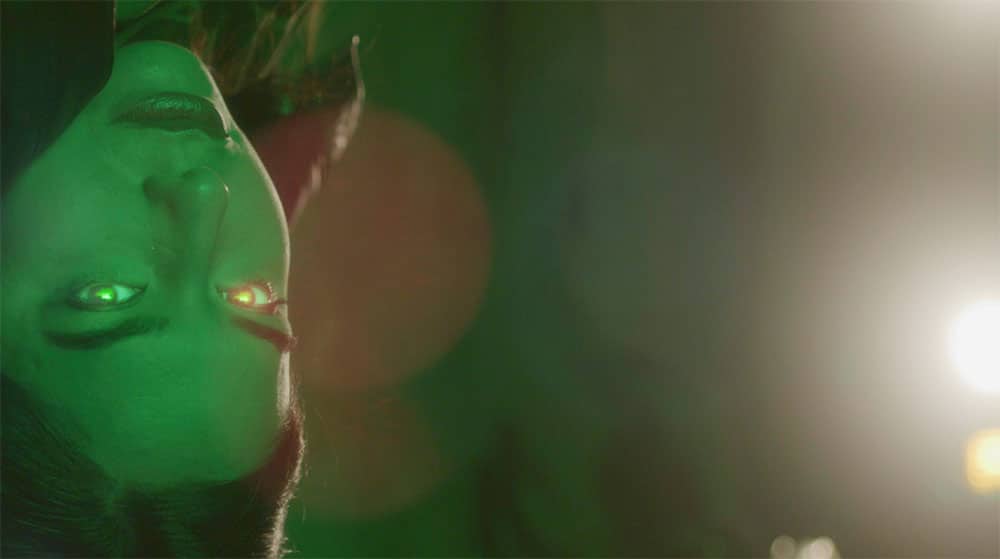 En route to her girlfriend’s place on a night when the Northern Lights are out, an Indigenous woman is assaulted by her cab driver. Amidst the struggle, she discovers a deadly supernatural power that may help her solve the mystery of her mother’s disappearance.

Indigenous filmmaker Thirza Cuthand delivers a haunting tale based on the horrific true stories of missing and murdered Indigenous women in Canada. It is based on a feature script by Cuthand which is currently in development.

She Whistles (Kwêskosîw) begins with a young 2-Spirit nêhiyaw (Plains, Cree) woman named Stephanie (Sera-Lys McArthur) as she exits a club and is drawn to the Northern Lights shining in the night sky. The lights remind her of her mom who has gone missing, and she is overcome with sadness.

She hails a cab to go see her girlfriend. But her creepy cab driver (a chilling performance from Aidan Devine) immediately begins interrogating with increasingly invasive questions. The ride takes a dangerous turn when he suddenly speeds out of the city and takes her to a secluded area outside of town. As she faces a horrible fate at the hands of her attacker, Stephanie calls to the spirit of her ancestors to deliver karmic justice.

A deeply unsettling and powerfully acted short, She Whistles uses the prism of the genre to call attention to unspeakable real-life horror while illuminating the terror many women face when vulnerable and threatened. 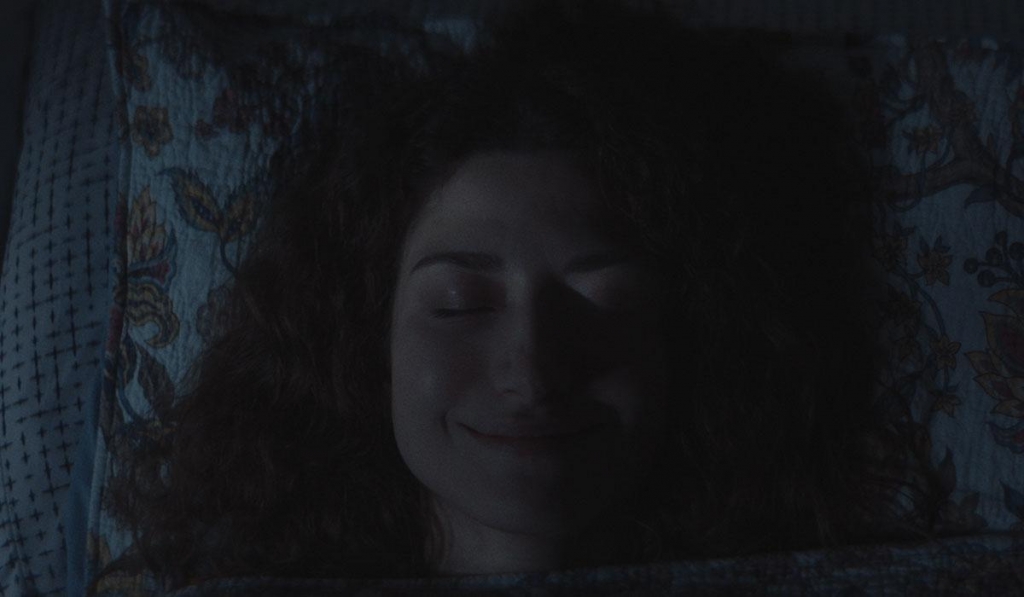 When a young woman struggles to smile, her depression becomes something truly monstrous.

Joanna Tsanis is quickly becoming one of my favorite genre filmmakers.

I first fell in love with her clever and frightfully fun short Imagine a World, which is now available on ALTER (and I strongly encourage you to check it out). And her follow-up, Mourn (starring Lynne Griffin of 1987 horror classic Black Christmas), was absolutely riveting. Thus, I was thrilled to check out her latest film Smile, which had its World Premiere at Fantastic Fest (2021).

The film stars the incredible Konstantina Mantelos, who I loved in Anything for Jackson. It also features the iconic voice of Ashley Laurence (Clive Barker’s Hellraiser).

A woman struggling with crippling depression is burdened with the weight, not just of her own pain but of the guilt in knowing how her mental state is affecting her well-meaning loved ones. She desperately wants to be able to put on a brave face and hide her suffering from others — to just smile and pretend it’s