Always the highlight of any fest’s short horror programming, the midnight block of the Final Girls Berlin Film Fest did not disappoint.

Always an absolute crowd-pleaser, no celebration of the art of horror shorts is complete without the midnight program — a block dedicated to the things horror fans crave most. Chock full of the gross, gory, strange, and surreal, these are shorts that truly embody that genre badge of honor and proudly proclaim, “We are the weirdos, mister.”

Below are five standouts from the exceptional midnight block at this year’s Final Girls Berlin Film Festival. 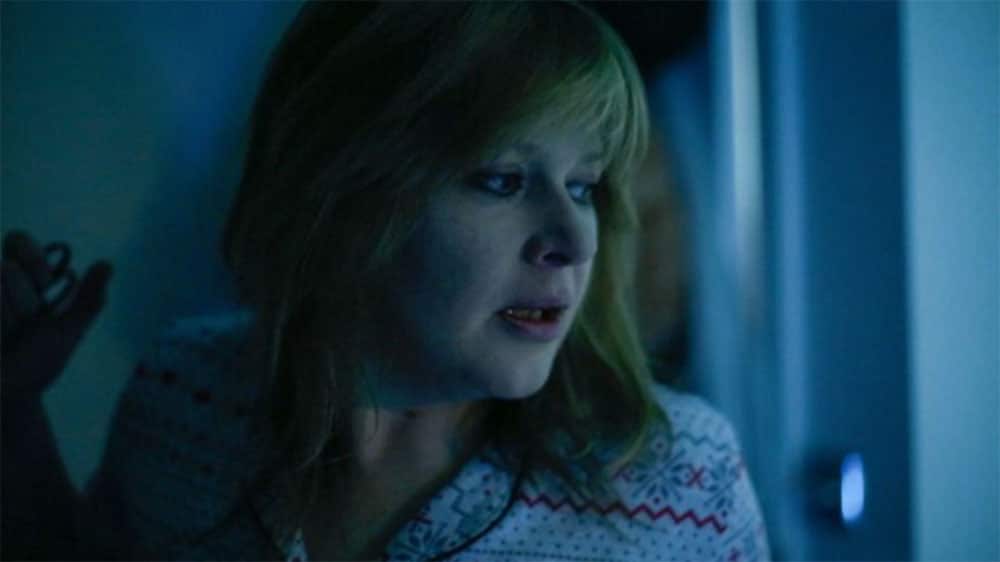 In a moment of pandemic isolation madness, a woman makes an impulse purchase she could soon regret.

Directed by Jill Worsely, Arm wryly taps into the loneliness, isolation, and near-madness many of us felt during the pandemic lockdown.

Being alone can make us feel disconnected and downtrodden during the best of times. But add in the very real sense of confinement and solitude brought on by not being able to leave the house — nor go to the office, visit friends, or do any number of activities that we typically use to fill the void and distract ourselves — and that loneliness starts to feel crippling.

Arm focuses on a woman (Katharine Markwick) living alone and beginning to unravel after a month of quarantine. There’s nothing she craves more than a warm embrace. In a moment of desperation, she orders a “boyfriend” body pillow that resembles half a man’s chest and arm. It’s designed to help you sleep by recreating the contentment and reassurance of someone snuggled up next to you in bed. Unfortunately, even this supposed source of comfort transforms into a nightmarish fight for survival — and sanity.

Worsley’s film manages to tackle the all-too-relatable stress and relentless loneliness of isolation during these challenging times in a way that is charming, hilarious, and highly cathartic. 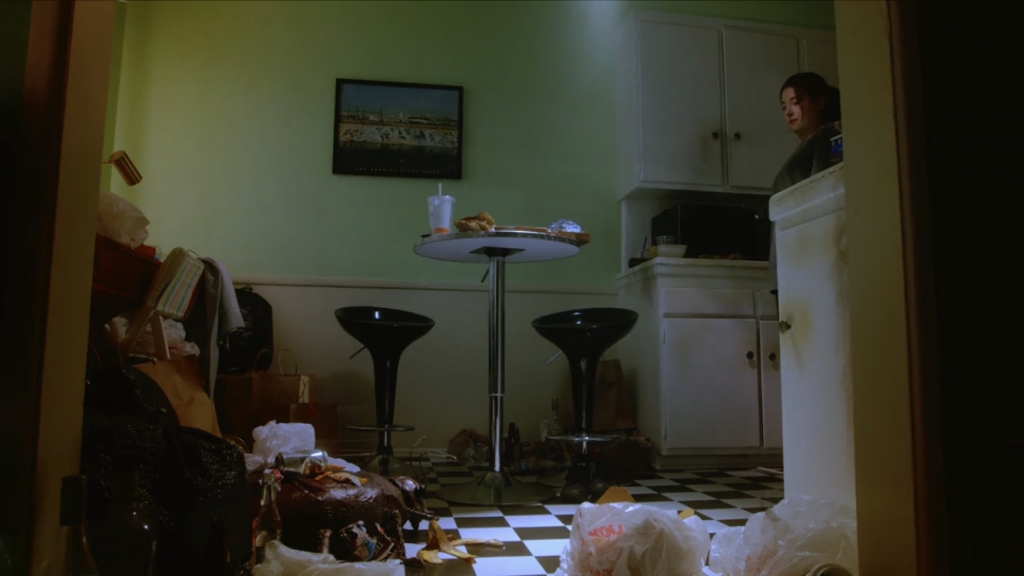 A depressed young woman avoids the mess in her apartment until her takeout order arrives without utensils, forcing her to face the horrifying mess in her kitchen.

Jessica Salgado is an independent writer and director out of California. She has made several short films, mostly dealing with themes of the negative, yet humorous effects of overthinking, the obsessiveness brought on by constant access to social media, and the absolute drudgery of work.

Her delightfully campy creature feature It Came From The Kitchen pays homage to the ridiculous sci-fi b-movies of the ’60s while illuminating some very real modern horrors.

Jackie (Savannah Zito) is struggling under the weight of her responsibilities and her feelings of failure and inadequacy. Her life is a mess, in more ways than one, and that mess has taken on a physical manifestation. While the disheveled state of her apartment mirrors Jackie’s mental state, she can’t bring herself to do anything about it — that is, not until some supersized creepy crawlies invade her personal space and force her to take action.

Salgado brilliantly nails the crippling nature of depression, while still delivering a light-hearted and whimsical short. Ultimately, she reminds us that — as bleak and overwhelming as life can be — there’s a strange kind of peace and hope to be found in hitting rock bottom.

It Came From The Kitchen is stylish, original, visually captivating, and entertaining as well. 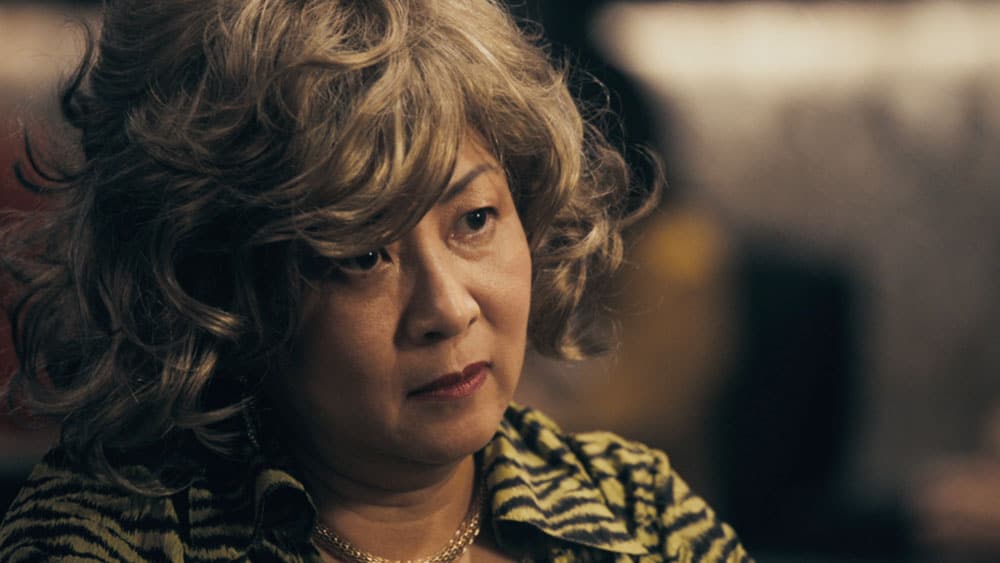 A Korean entrepreneur living in Los Angeles is entangled in a pyramid scheme that goes far beyond beauty product endorsement.

Directed by Stevie Szerlip, Young Forever follows the dark tale, inspired by true events, of a Korean entrepreneur (Young Lee) living in Los Angeles who becomes obsessed with having it all.

Lee is riveting as an older woman whose gambling addiction has led her to a multi-level-marketing beauty company. The relentless focus on beauty and money has driven her to extremes. Beauty routines become something much more sinister, reflecting a desperate need to be perfect and scrub away everything authentic and real. It’s heartbreaking as we watch her recruit a new salesperson, mournfully lamenting that there’s “never enough money”. Whatever you think is enough simply is not.

There’s no such thing as enough in a society that prizes excess and reminds us there is always someone younger, prettier, richer, more successful, more desirable than us. Our value is based on superficial standards, and beauty — like everything else — becomes just another commodity to trade-in. It’s currency. And like money, there’s never enough of it.

Made in part with a grant from The Future of Film is Female, Young Forever is the latest film from Szerlip, who is a Creative Producer with Woman and Film and most recently developed FFFest, an all-female festival celebrating women in the industry. She is part of a collective, Smudge Films, dedicated to highlighting work from unconventional auteurs.

Young Forever is a moving short, simmering with pain and sincerity, about the high costs of success when the goal post is constantly moving. 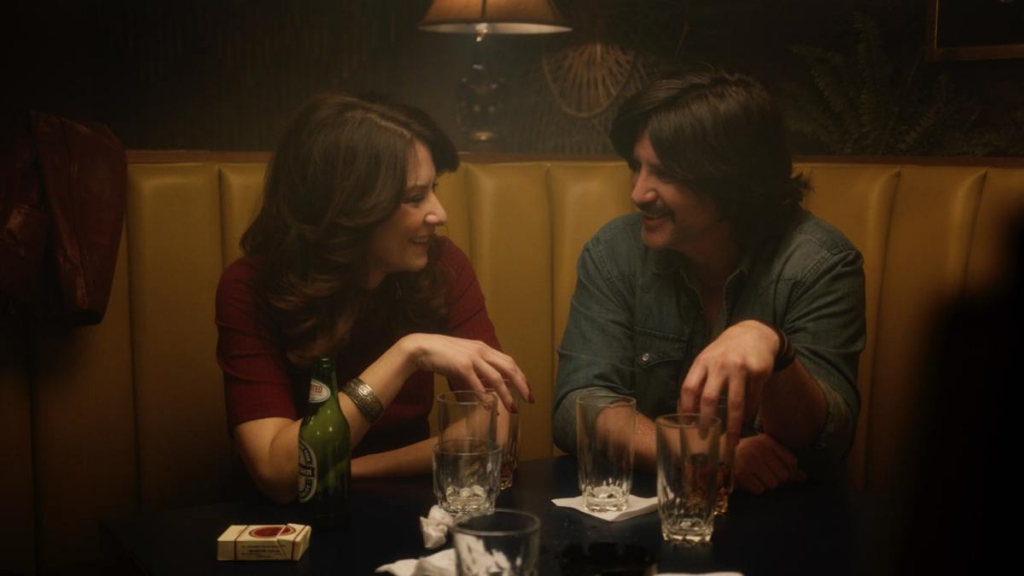 In 1975 New York City, a fun-loving woman at her local bar invites a handsome stranger back to her place, despite knowing there’s a serial killer on the loose.

Nancy Menagh’s Victim No. 6 is a smart, surprising, mischievous mystery thriller that’s all about challenging and subverting expectations.

Taking place in 1975 New York City, the short perfectly captures the mood and atmosphere of the time, giving it a sophisticated style and pastiche. Menagh builds tension as two co-workers go out for a drink at a bar, despite terrifying headlines about a serial killer on the loose. Judy (Rachel Farrar) is visibly shaken by news of the latest victim splashed across the front page of every newspaper. Her instinct is to cancel plans and stay home where it’s safe. But Donna (Heather Brittain O’Scanlon) convinces her she’ll be ok and plays on Judy’s need to unwind after a stressful week.

Almost immediately, Judy goes off to chat up a man she’s been seeing. Donna is left to fend off advances from an aggressively creepy man named Bruce (Craig Mungavin). She then ends up hitting it off with another man named Mark (Russ Russo) who swoops in to save her from Bruce’s unwanted attention. She seems charmed by his “chivalrous” act. Despite the oppressive air of danger, she invites Mark home. The tension boils over until the perfectly twisted climax and deeply satisfying conclusion.

This subversive serial killer film is sinister and sexy, delivering chills and thrills while cleverly exploring gender roles and stereotypes — evocative of the past but scarily relevant to modern times. 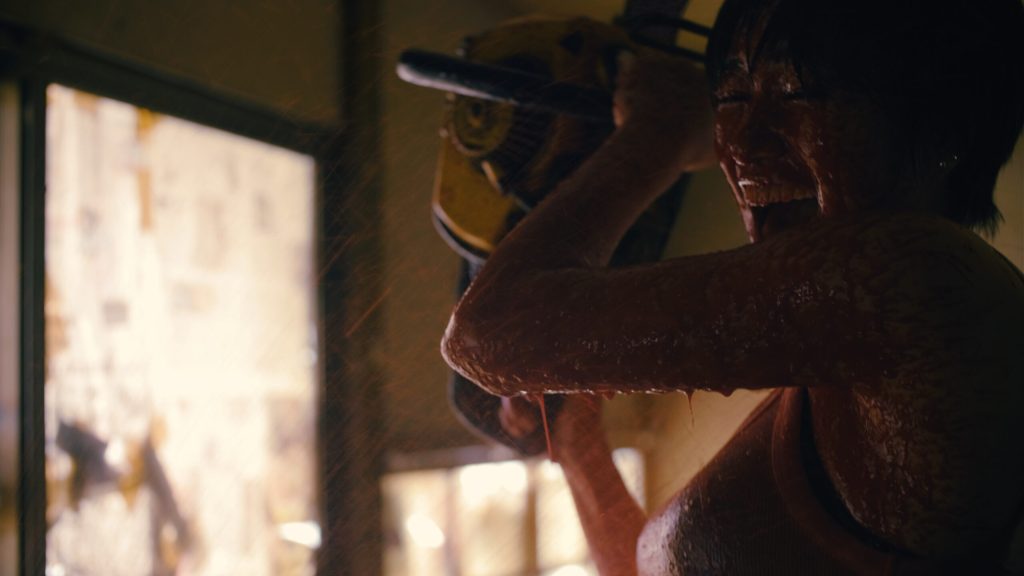 Three friends visit the home of their band member who’s cut contact with them, and find him behaving strangely.

Apparently, Japanese filmmaker Kenichi Ugana has a reputation for making some truly messed up films, which makes me disappointed I’m only just now discovering his work. Visitors is the latest film from Ugana, and it’s a gory and wickedly funny tribute to films like The Evil Dead that is at once referential and highly original.

The film follows three friends as they go to visit a fourth friend who has stopped communicating with them. Worried something may be wrong, they knock on his door, only to discover that something is, in fact, very wrong indeed. Though he’s alive and well, much to their relief, he’s definitely not himself. Both he and his apartment are in total dishevel, and he shuffles about in an eerily calm and almost disassociative state making pleasantries like offering his friends tea.

Meanwhile, there’s a heavy and ominous atmosphere all around, a feeling like they are being watched, and a mysterious green goo on the floor that one of the girls steps in.

Shortly after, she begins hearing strange whispers and guttural sounds in another room that compel her to go investigate. She seems hypnotized as the power goes out, and her friends begin hearing a loud banging noise coming from the room she’s in. When they go to check on the source of the disturbing sounds, they find that their friend has been transformed into a cackling and unkillable demon. And that’s just the beginning of their troubles.

Visitors leans heavily into its stellar practical effects, delivering a hefty dose of both horror and humor that works perfectly. This surprising short, an absolute standout of the fest, has me eager to check out much more of Ugana’s work.

With an insane ending, a badass final girl, and buckets of blood, Visitors is everything you want in a horror film — exceedingly gory, creepy as hell, and wildly entertaining.