Films From Beyond: Harbinger Down (2015)

Born from the computer-generated corpse of a horror legacy, “Harbinger Down”’s history is filled with drama. But is the plot?

“The thing screamed a feral hate, a lashing tentacle wiping at blinded eyes. For a moment it crawled on the floor, savage tentacles lashing out, the body twitching. Then it staggered up again, blinded eyes working, boiling hideously, the crushed flesh sloughing away in sodden gobbets…” – John Campbell, “Who Goes There?”

After the success of the Dawn of the Dead (2004), producers Marc Abraham and Eric Newman received the green light from Universal Pictures to produce a modern-day revamp of The Thing (1982). Pre-production troubles and issues with the screenplay plagued the early team, but, eventually, production slowly moved forward.

The best part of the new film were the amazing and horrifying effects, created by Tom Woodruff Jr. and Alex Gillis through their company Amalgamated Dynamics (or ADI for short). While not as goopy as the prequel’s predecessor, ADI’s work was undoubtedly the best thing to happen to the film. Then they got fired without being told, and everything they’d done had been replaced. 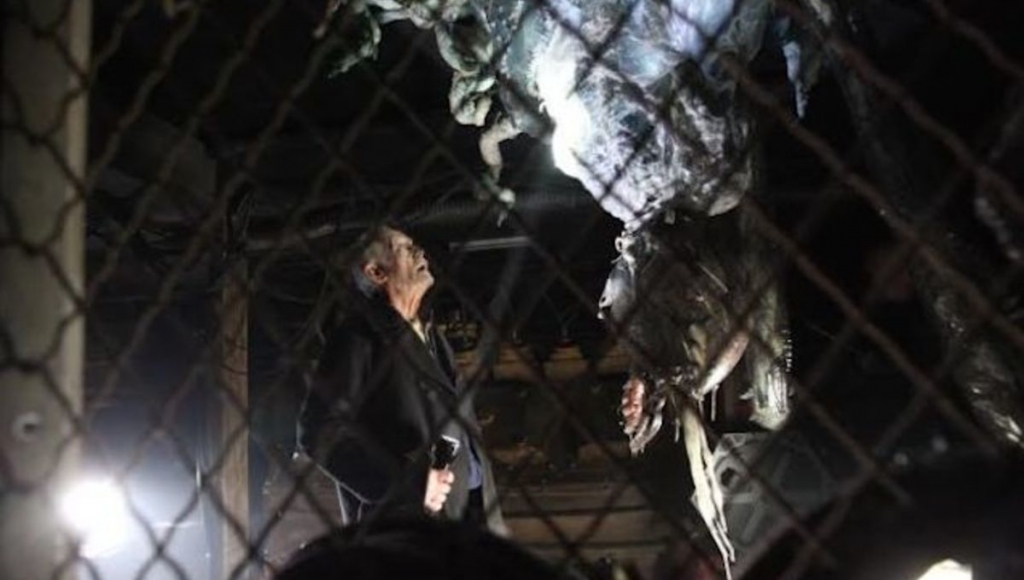 With what could only be called a complete lack of self-awareness, the executives at Universal had told the production team that the effects felt, quote, “too 80s.”

The result was a mess; a complete ending rewrite, probably millions spent flushed down the drain, ADI’s work being pushed aside, and rushed CGI work in order to meet an October deadline.

The Thing prequel (2011) tanked, critics panned it, millions of dollars were lost, and that was that.

Or, at least, people thought it was. In 2013, ADI released videos of their unused effects to YouTube and received a massive response to their work. The question on everyone’s mind, though, was that if these practical effects were there, on set, why had it all been CGI? Woodruff and Gillis had the answer, and people were pissed. 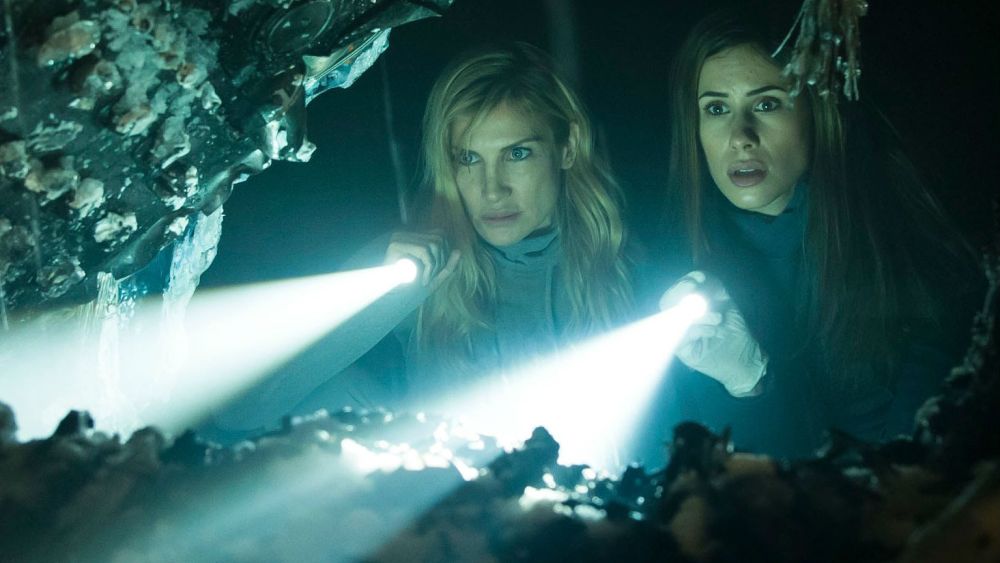 That’s when they had a little idea.

From that little spark, Harbinger Down (2015) was born, produced thanks to the most successful Kickstarter for a horror film ever and a partnership with Dark Dune Productions. It’s a movie I have a pretty intense relationship with, knowing people who worked on it, people who gave money to it, and trying over the years to review it.

Now that I have that opportunity, what do I think?

Harbinger Down is the story of a group of scientists and fishermen who are trapped in the Bering Strait with an organism that can infect and mutate them. Sound familiar? That’s because it is.

Harbinger Down is The Thing merged with Alien, and the creators have said as much.

Some things are cute little references, like the Chess Master hidden in a shot or the flamethrower design of the weapon they use. Some things are clearly inspired design choices, like certain creature designs or the fact the main character is a woman, like in Alien. Some things, though, are completely ripped right out of the source material, like the rest of the movie.

Unlike The Thing, which had a simple, concise plot, Harbinger Down is a movie filled with plot holes, contrivances, and unnecessary complexities while somehow managing to move at a snail’s pace.

In both Harbinger Down and The Thing, the monster appears at the thirty-minute mark. In The Thing, our lead up to that point is a gunfight, an investigation of a destroyed research facility, and a pretty intense and graphic autopsy of an alien. In Harbinger Down? Force fed exposition, an explanation of a tardigrade, arguments about salvage law, and poorly constructed character drama. 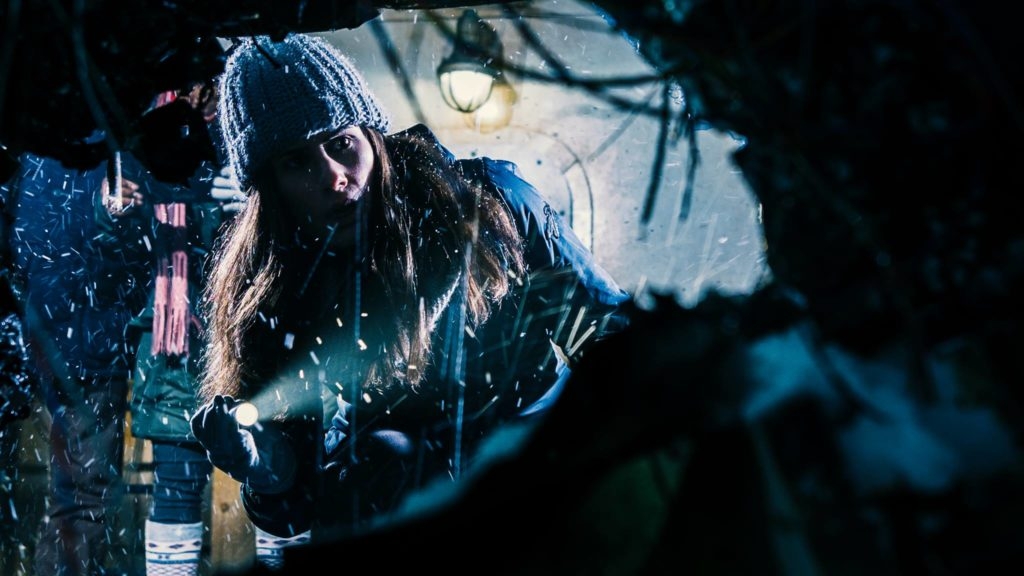 Say what you will about The Thing and its characters, I know I have issues with them. What you can’t say is that Carpenter didn’t know what he was doing.

The film was, obviously, never fixated with the intense, deep dramatic connection between MacReady and Blair (Wilford Brimley). It was a monster flick, through and through. It didn’t need in-depth character arcs because that’s not what it was trying to do.

In Harbinger Down, we have our main character, Sadie (Camille Balsamo), and her grandfather, Graff (Lance Henriksen), who have a strained relationship. We also have Svet (Milla Björn), a Russian woman with a dark past, and Guillaume (Winston James Francis), a tough guy with a sweet spot for Svet. Then we have the tension between Sadie and her professor, Stephen (Matt Winston, son of Stan Winston), but also the sexual tension between Sadie and Bowman, the first mate.

There’s a lot happening between characters. And that would be fine if, A, the relationships influenced the plot into moving forward or, B, were written well.

What I mean by ‘influencing the plot’ is exactly that.

These relationships have to have narrative purpose, otherwise they’re tacked on. In The Thing, the only noticeable relationship dynamic is between MacReady and Childs (Keith David) – specifically a power dynamic. MacReady takes on the leader role, but Childs sees himself as the logical leader and doesn’t trust MacReady. This tension leads to mistrust, which culminates in the final scen