“We’re Not Here to Fuck Spiders” is every bit as unconventional and captivating as its attention-getting title would have you believe. 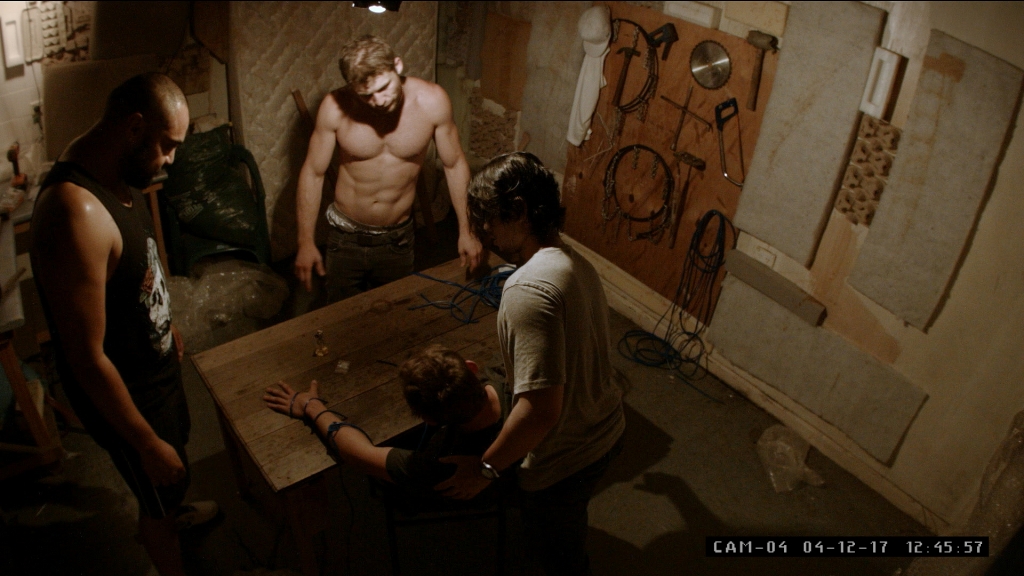 A title card sets up the premise. In early 2018, thousands of hours of hidden camera footage documenting life in a rundown house in South Sydney over a three-week period was anonymously dumped on the internet. That footage was compiled to make this film.

It begins deceptively droll. Drug dealer Anton Berger (Lindsay Farris) and his crew go about their daily lives, filled with inconsequential banter, distasteful behavior, and trifling hours. We discover early on that someone has secretly planted multiple hidden cameras throughout the drug den, but it’s not clear until much later why.

The film derives its title from Australian slang that means “not here to fuck around”. Despite that, there is, in fact, quite a bit of fucking around for a good chunk of the film where nothing of consequence really happens.

However, there is something oddly compulsory about the voyeuristic nature of the film. 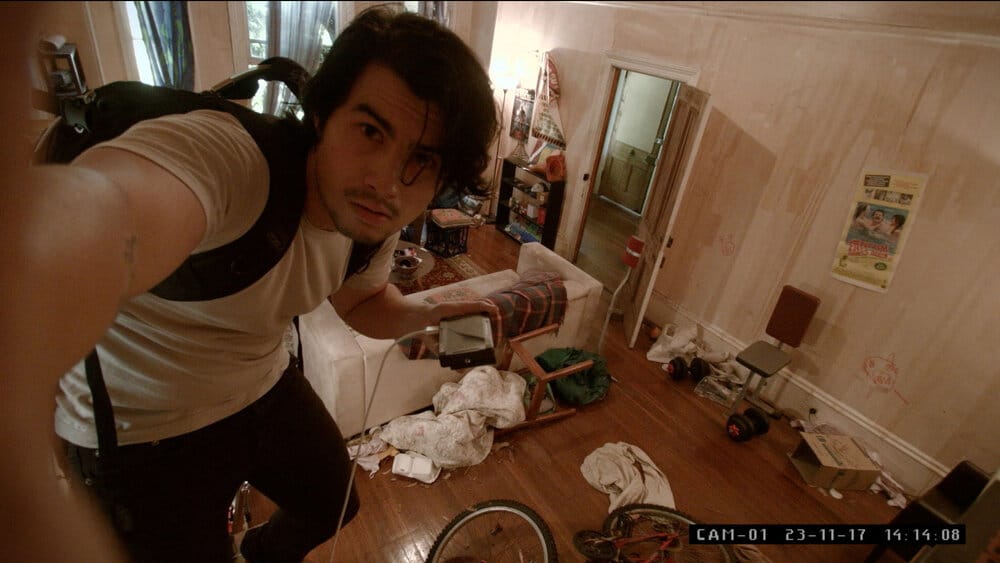 It’s a gritty, grimy, filth-covered world that feels so oppressively real we need a shower after watching. The characters feel lived in; the dialogue unscripted; the bleak hopelessness palpable.

There is such an authenticity tucked into every crook and crevice of We’re Not Here to Fuck Spiders that it’s impossible to look away, even when you’d rather do anything but spend another minute dwelling in squalor with such terrible people doing terrible things.

Like Anton’s beleaguered girlfriend, Effs (Stephanie King), we are held hostage — unable to escape the horror of the world we’re immersed in. 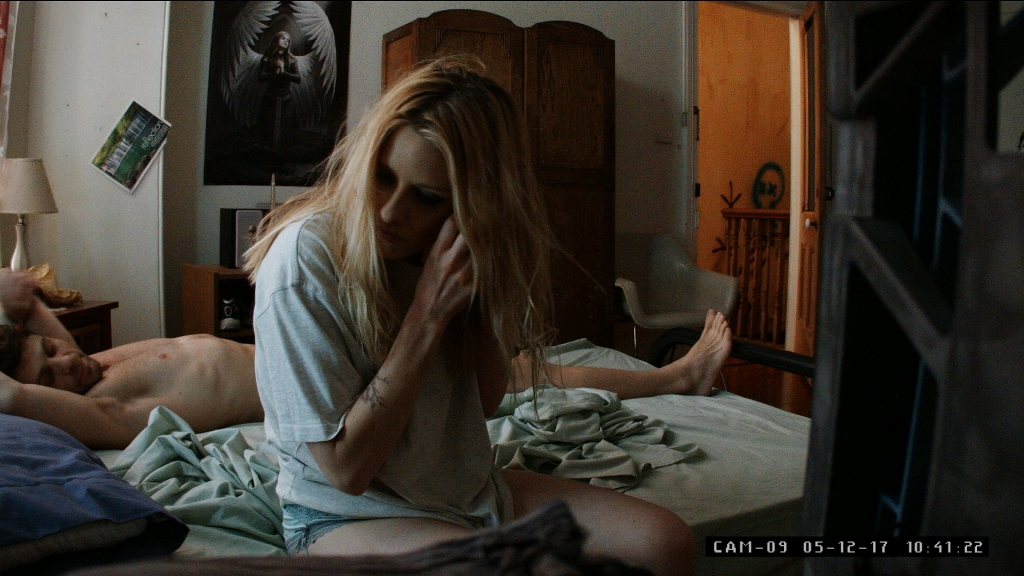 While Effs is a literal prisoner of the sadistic brute, Anton, we the viewer are held captive by the extraordinary performances and brilliant, guerilla-style filmmaking that make every moment of tedium and tension feel utterly convincing and compelling.

Nine cameras hidden throughout the home skillfully capture every disruptive moment — from the hard-to-watch domestic abuse to the run-ins with corrupt detectives and the unscrupulous bikers who force Anton to set up a meth lab in his kitchen while a young child cooks the ice — without a single onscreen moment feeling forced or fabricated.

Outstanding audio production, including the pervasive house music that seems to echo a racing heartbeat as the tension mounts, makes the whole thing feel immersive — like a sort of demented escape room where we are forced to not only observe our surroundings but truly experience them in all their stomach-turning terror.

As fascinating as what Reed has managed to create onscreen, what’s even more impressive is how he managed to pull off such an engrossing production. 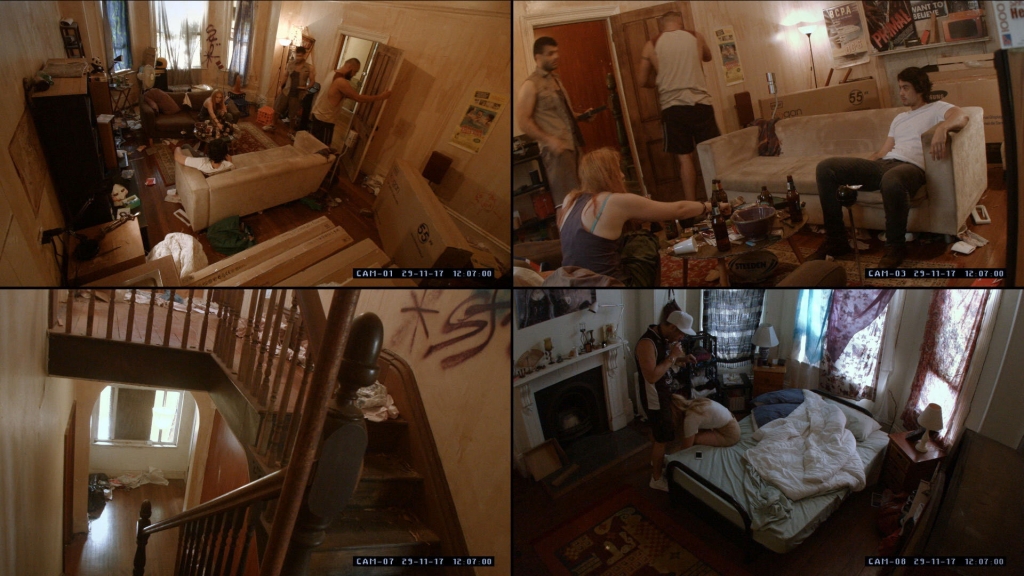 Filmed in a single week in a Sydney squat, there was no script — only an outline of what was supposed to happen. The actors were kept in the dark about the story going into filming. Reed simply briefed them on their characters, the camera locations, and the goal of each scene before shooting. The actors only knew exactly what their characters would know at each point in the film.

With such a bold approach that relied heavily on actor improvisation, it’s hard to imagine we’d end up with such a polished piece of cinema that manages to feel both authentically observational and entirely purposeful.

The performances are spellbinding, with actors so good they never appear to be acting at all. Lindsay Farris (Ash vs. Evil Dead, Primal) is terrifying as Anton, the repugnant head of the clan who rules with an iron fist. Stephanie King (Observance, The Code) is extraordinary as his reluctant partner Effs who longs to escape her life of severity and subjugation.

The abuse against Effs is hard to watch and should come with a trigger warning to those sensitive to onscreen depictions of violence and sexual assault against women.

At no point does it feel like Reed is glorifying said violence, which is integral to the plot and character development. But it’s genuinely unsettling, aided in no small part by the believability of King’s emotionally raw and investing performance in such a taxing role.

As the mystery of what is happening slowly unfolds over the course of the film’s 90-minute runtime, building to a brutal and explosive finale that handsomely rewards the viewer’s patience, it becomes abundantly clear why Reed utilizes such a slow but sure-handed approach — taking his time to get to the meat of the story.

By immersing the viewer in a world that feels lived in and, true to real life, predominantly uneventful, Reed manages to considerably amplify the tension and anxiety.