These are five of the most memorable, innovative, affecting films from GenreBlast 2021 — from the sublimely weird to the darkly hilarious.

I was fortunate enough to attend this year’s outstanding GenreBlast film festival over Labor Day weekend, and it was a feature-packed program boasting three days of spectacular shorts and feature films.

But even with that depth of coverage, we’ve only just begun to scratch the surface of the GenreBlast bounty of genre goodness. And there was just too much impressive work that demands to be celebrated. Thus, I’m sharing five of my absolute favorites from the fest. 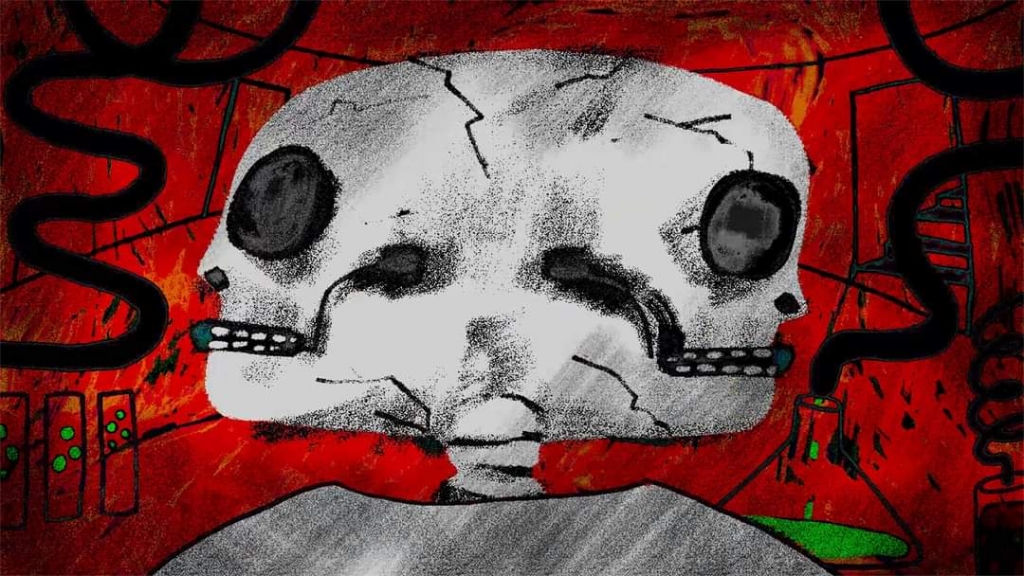 This year’s winner of the coveted GenreBlast Forever Award for a film that truly encapsulates the spirit of the fest — fiercely independent, highly original, and spectacularly innovative — was The Transformations of the Transformations of the Drs. Jenkins. That’s quite a mouthful; an unusual title for an exceedingly unusual, and unforgettable, film.

When you watch as many movies as I do, it’s easy to convince yourself that everything under the sun has been done. Being truly surprised by a film is no easy feat.

But Jenkins surprised me with its truly inspired, “why didn’t I think of that” idea that is so simple yet so brilliant.

This is a masterclass in no-budget filmmaking that doesn’t just make the most of its resources; it capitalizes on its limitations in the most ingenious way.

It’s cliché to say, but the less you know about this film before watching it, the more you’ll be delighted at every turn. It took some time for me to fully understand what was happening and the sheer brilliance of it all. At times incomprehensibly strange and even a bit vexing, there is an unmistakable method to the madness that reveals itself slowly, like peeling layers of an onion, until you’re crying tears of absolute joy.

I’ll give you the basic premise, with the caveat that it doesn’t even begin to prepare you for the experience of watching this film.

Determined to create the ultimate pandemic film, Stephen Stull brings a team of filmmakers together over Zoom, believing he has created a brand new genre of filmmaking — a meta-commentary that will transform moviemaking itself. His idea is to write a brilliant script and have 20 different filmmakers each shoot a different scene of the film. The trick is, nobody — not even Stephen or any members of his team — can know what scene has been assigned to each filmmaker.

Together with his producers — Kate McCoid, Bob Rose, and Michael J. Epstein — they begin an ambitious project that ends in disaster and hilarity.

Michael convinces the team he can program an AI better than Amazon. Bob wasn’t invited. Kate has regrets. For Steve, the ringleader of this calamitous circus, he faces a fate worse than death: “I’m gonna have to leave Facebook!”

Despite everything going wrong that possibly can, somehow, for us the viewers, it couldn’t be more right. 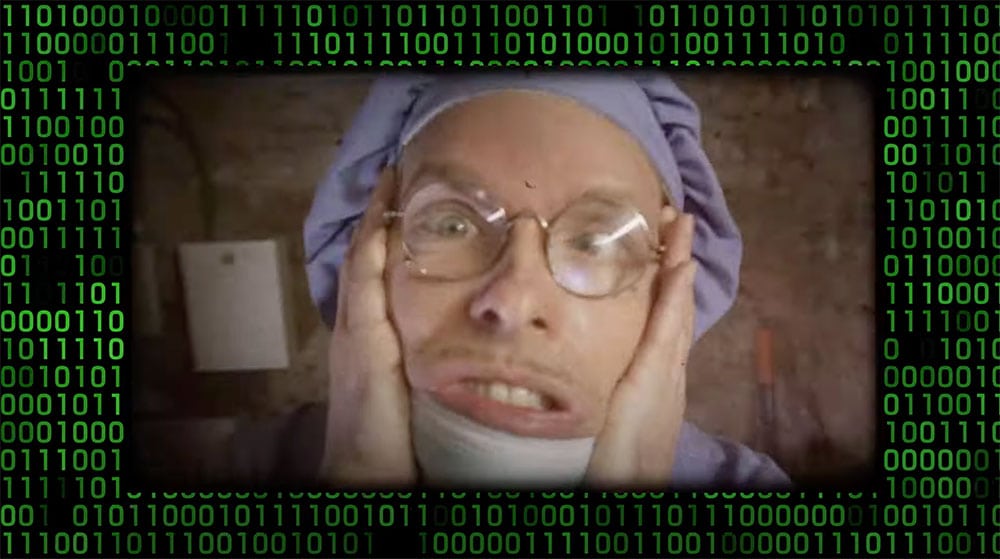 The segments are all wildly different — ranging from campy and sci-fi b-movie inspired to funny and irreverent to truly inventive and off-the-wall. Some even feature spectacular no-budget visual effects, memorable props, and cool animation.

From the stylish to the silly, it’s an absolute blast seeing such a smorgasbord of visual styles, filming techniques, sub-genres, and singular interpretations of the subject matter.

Creating a unique kind of anthology film showcasing the creativity of 20 different filmmakers (each given no direction and only one rule: use only what you have on hand), combined with an engaging and side-splittingly funny wraparound about the making of the film, the end result is an enormously entertaining midnight movie that doubles as a highlight reel for some of the best indie talent working in the genre.

It also ends with quite a bang, including one of the most entertaining and illustrious credit sequences I’ve ever witnessed.