Shudder brings fans back to The Abaddon Hotel one last time to see what horror awaits in the “Lake of Fire” from writer/director Stephen Cognetti. 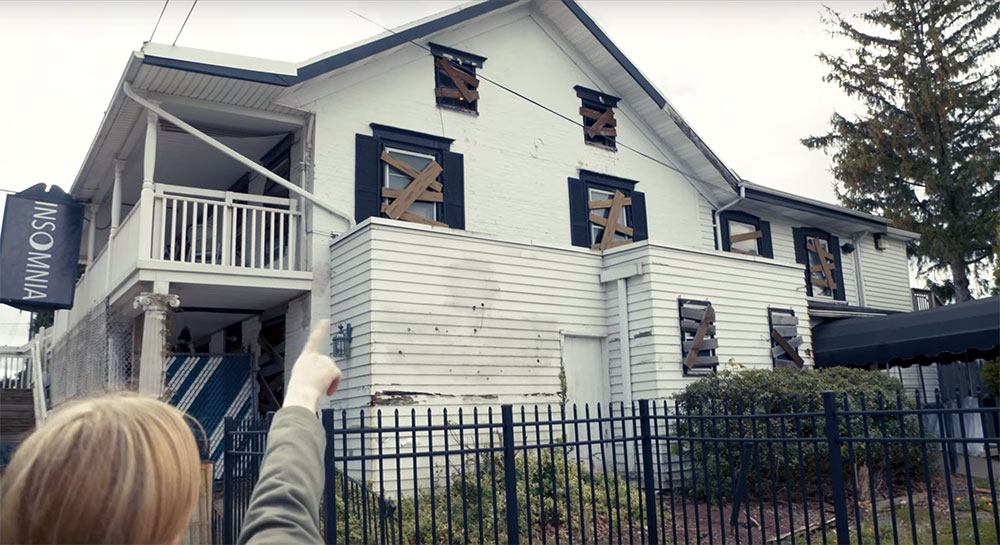 A few years ago, I co-hosted a podcast, and one of our episodes focused on found-footage horror movies. Personally, I hadn’t been a fan of found-footage movies. But in researching for the episode, I found that I was enjoying more of these types of movies than I thought I would. One movie that stood out was HELL HOUSE, LLC, from writer/director Stephen Cognetti. The movie was genuinely creepy with good scares throughout and used the hand-held and security camera POV to great effect.

Now, four years after the release of HELL HOUSE, LLC, Cognetti returns to the Abaddon Hotel with his second, and final, sequel — HELL HOUSE, LLC III: LAKE OF FIRE. 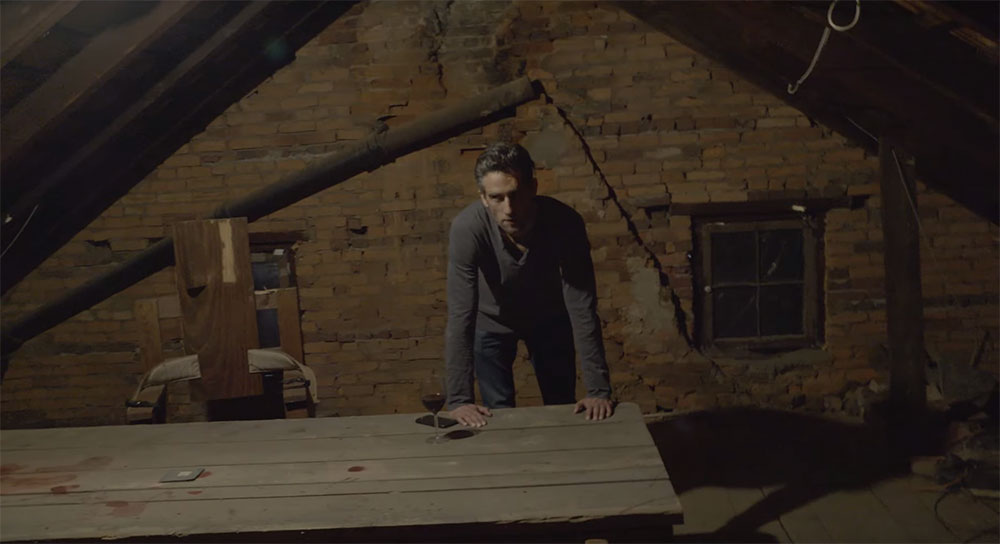 Wynn is moving his audience interactive play “Insomnia” to the Abaddon Hotel which, despite all the disappearances and evidence of foul play, remains standing.

To document the creation and opening night performance of “Insomnia,” Wynn hires Vanessa Shepherd (Elizabeth Vermilyea) and her crew to film the documentary. The question is, will Wynn’s production of “Insomnia” be used as a trap to bring more souls to the true owner of the Abaddon Hotel, Andrew Tully (Brian David Tracy), so he can see his vision of bringing a lake of fire to our plane of existence, or does Wynn have other plans for the supernatural beings locked within the hotel?

Cognetti walks a fine line with the final installment of the HELL HOUSE trilogy, attempting to close out the story in a satisfying way for fans of the films, while deepening the mythology surrounding the Abaddon Hotel and Andrew Tully. 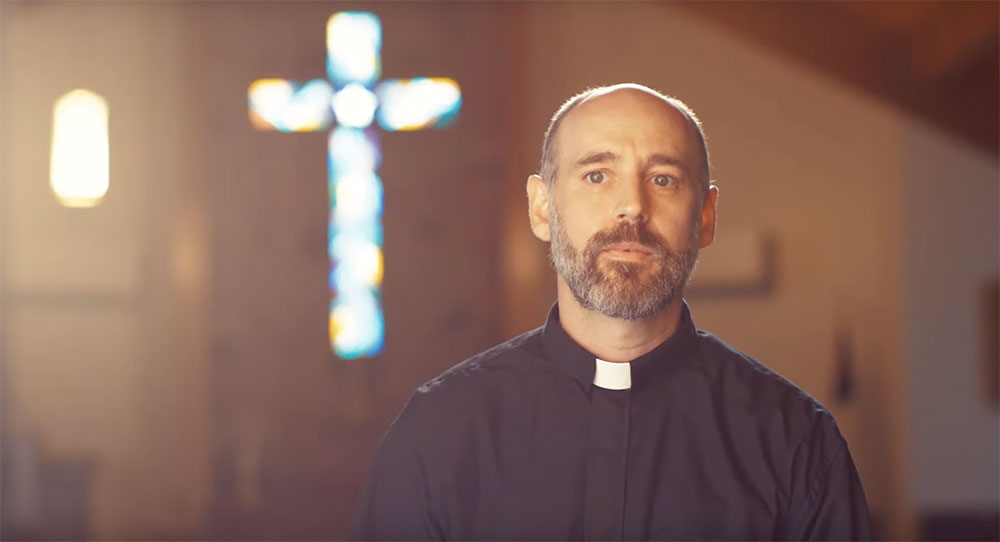 In both cases, Cognetti succeeds.

LAKE OF FIRE brings a satisfying close to the story of the hotel and its undead, Satan-worshipping owner Andrew Tully. What Cognetti does so successfully in these three movies is subtly layer the story to build the mythology without trapping himself in an overly complicated mythology that drags the story down.

Over complication is a problem that plagued the hit movie franchise PARANORMAL ACTIVITY and the classic television series “The X-Files,” which lead to poor storytelling choices. Cognetti, in LAKE OF FIRE, avoids many of the mistakes those franchises made.

Most importantly, Cognetti is making a horror film, and he succeeds wildly in bringing the scares. 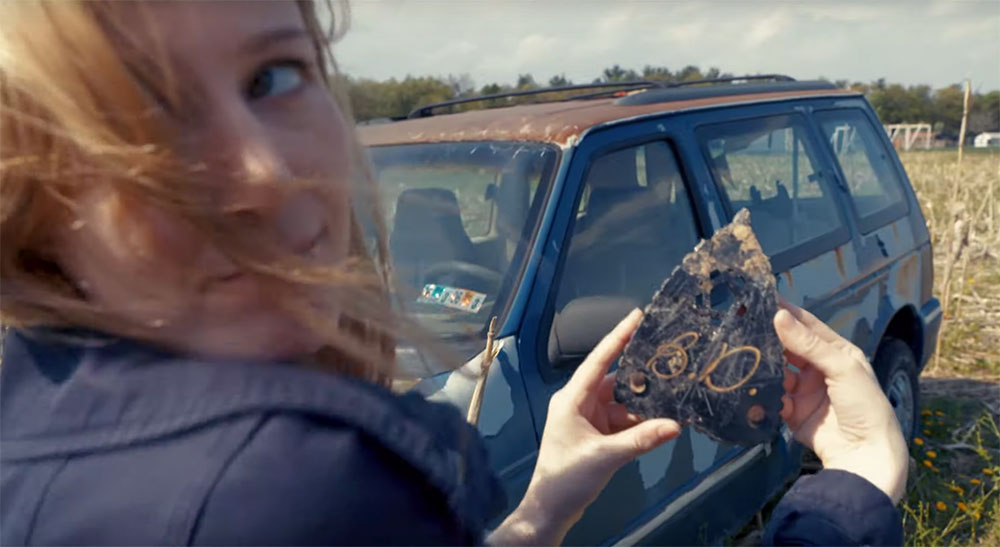 The film is filled with images and action in the background or corner of the scene, and Cognetti knows we’re on the lookout for those kinds of scary images. LAKE OF FIRE is a hair-raising, creepy, and at times very scary movie. It doesn’t quite reach the level of the first two movies, but it would be difficult to surpass the previous films. However, the end of LAKE OF FIRE feels more satisfying.

LAKE OF FIRE is a movie that will reward viewers after repeated viewings. The first viewing will bring the scares, and with repeated viewings you’ll find many scares and clues that you missed during the first go around.

LAKE OF FIRE, and the entire HELL HOUSE LLC trilogy, reward viewers who return to watch these films again and again. 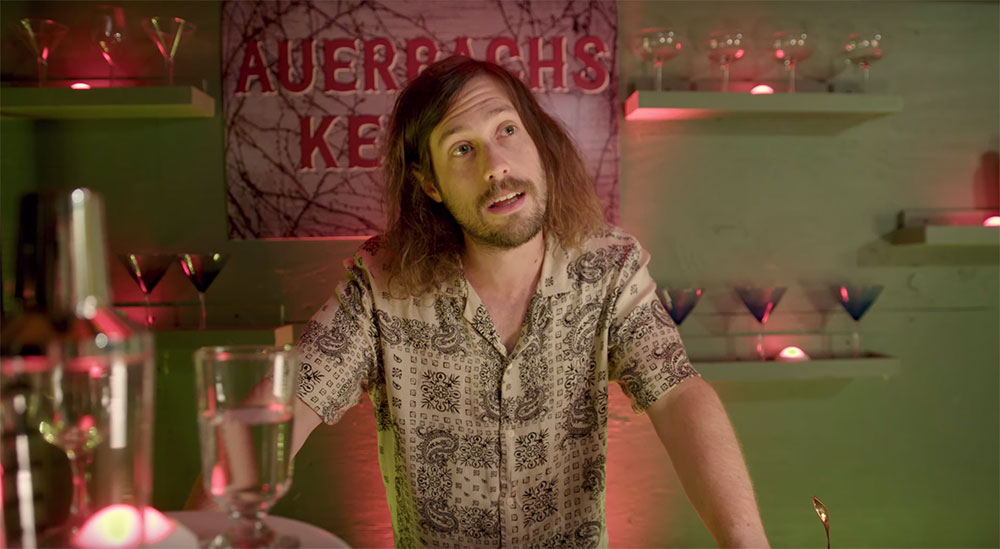 LAKE OF FIRE is a satisfying conclusion to one of the best horror/found-footage franchises that I have seen. I consider the HELL HOUSE, LLC franchise to be mandatory viewing for horror fans. And even though Halloween may be over, you can keep that spooky spirit alive by watching this frightening trilogy.

Check in to the Abaddon Hotel one last time where you are certain to be a satisfied, and terrified, guest.