Hope for the Future: Interview With Teen Filmmaker Hope Muehlbauer 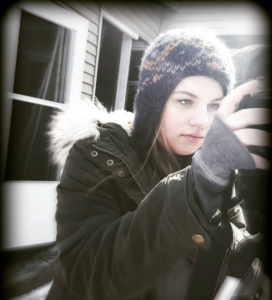 I recently had the opportunity to speak with the incredible young talent Hope Muehlbauer about her upcoming feature film debut I Dare You to Open Your Eyes. At just sixteen, this talented teen has already made one short film, Zombie Kids, which she wrote at the age of 11 and directed and starred in when she was 13. She also runs her own production company, Hopeless Pictures, and is finishing her first feature with a 2017 target release date.

Read my interview with Hope below, and expect to hear a lot more about this up-and-coming female filmmaker.

Hello, Hope! Thanks so much for taking time to talk with me. Please tell me a bit about your new film, I Dare You to Open Your Eyes.

I Dare You to Open Your Eyes is an anti-bullying slasher film, mixed with elements of giallo and dark drama. It tells the story of a high school student named Max Adams who recently lost his mother to cancer and is also dealing with being bullied. It also explores the strained relationship with Max and his father as they both deal with grief.

What was the inspiration for the film?

Well, I knew for my next movie that I wanted to do a slasher with a masked killer, and with me being in high school I wanted to incorporate a relevant issue for my age group. It all really started with the title that I came up with before I even had the story. I wanted to also create a story that was much darker and more intense than Zombie Kids. 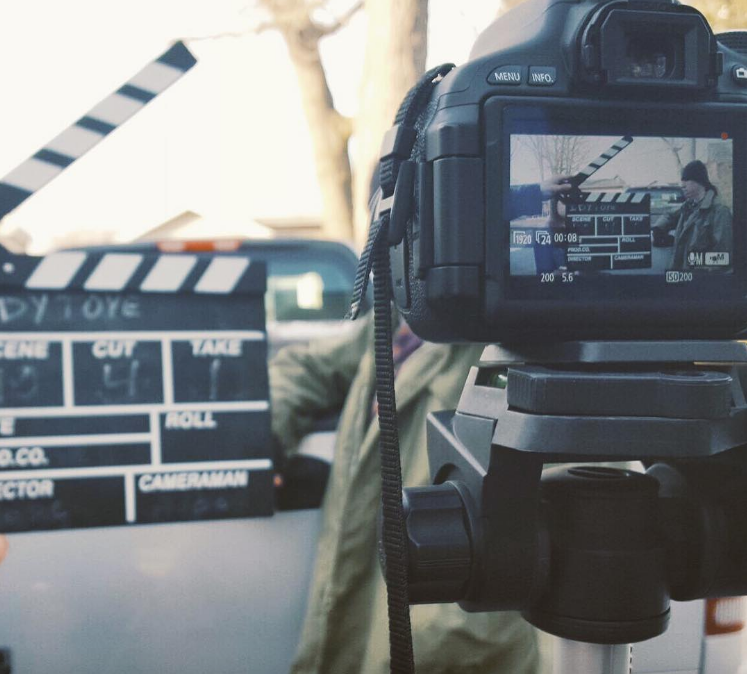 You’re directing your dad in this film as one of the lead actors. What has that been like?

My dad actually has really been surprising me with his acting abilities. I always knew that he could act, but I wasn’t expecting him to be so good!

I know your dad is a huge horror fan and active member of the horror community (Horrors Ball on YouTube). Have you always been a horror fan… and how much has your dad’s love of the genre inspired your own?

I pretty much grew up on horror films. My parents always tell me about the time when I was 3 years old and laughed when a character got decapitated in Sleepy Hollow… I would have been worried if I were my parents. The great thing about having parents who love the genre is that I have immediate access to hundreds of great horror movies. My dad always makes sure to show me the best ones. It’s like I live in a horror movie library and my dad’s the librarian.

What was the first horror film that turned you on to the genre?

There wasn’t really one movie in particular. But some that stood out to me are Halloween, Dawn of the Dead, Suspiria, and The Blair Witch Project.

All great films! What are your top five favorite horror films of all time?

I change my top five on a daily basis! My current favorites are Frankenstein, Suspiria, The Shining, Halloween and Stage Fright. 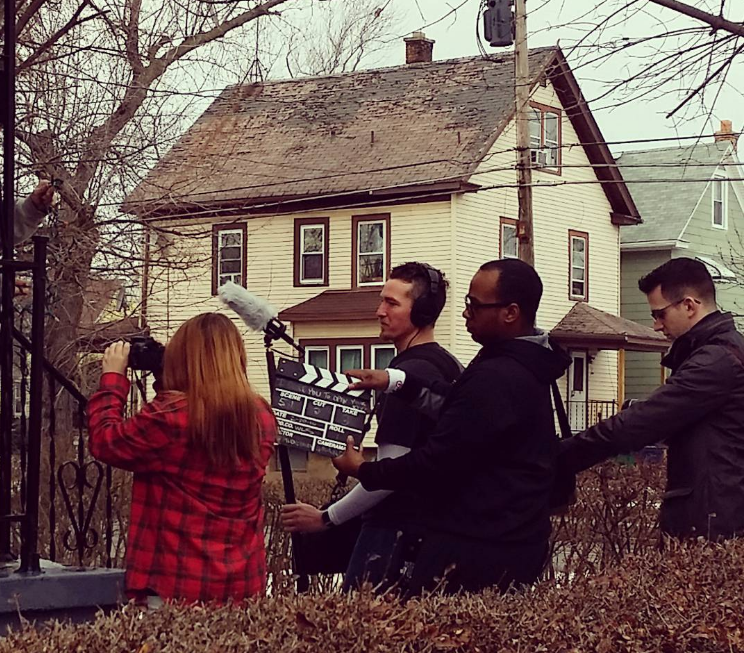 As an aspiring filmmaker, which directors have inspired you the most (in or out of the genre)?

Definitely Dario Argento. I love his aesthetic and there hasn’t been an Argento movie that I’ve seen and disliked. For my first movie it was George Romero, and the creators of The Walking Dead. Over the last couple of years I’ve really come to respect Ed Wood and his passion for filmmaking. Therefore, Tim Burton’s Ed Wood has become my favorite movie of all time. No matter what the budget or reaction is, it’s important to make something that you’re proud of.

When did you first know you wanted to be a filmmaker, and how did you get started making your own films? How old were you when you produced your first short film…and what was that process like?

The Walking Dead’s comic and the show definitely inspired and pushed me to write a story.  I was 11 when I wrote Zombie Kids and 13 when I directed it. It was definitely a difficult process. With the entire cast being all kids, I was dealing with some of them quitting and not taking the project seriously, which is the reason it took almost three years to complete. But I wouldn’t change anything because if it went smoothly I wouldn’t have learned a thing.

What was the biggest thing you learned from your first short film that you’re able to use to your advantage during the production of “I Dare You to Open Your Eyes”?

I learned to surround myself with trustworthy and dedicated people who share the same passion as me. I also learned not to give up no matter how long it takes. 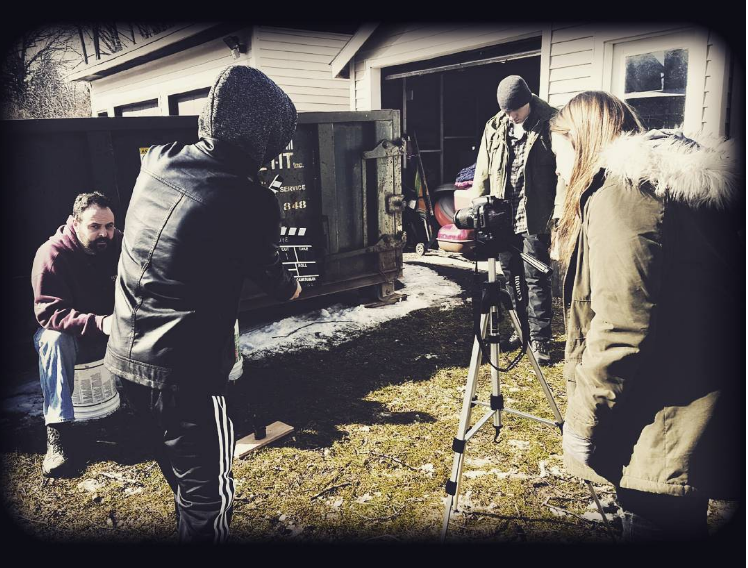 What’s been your biggest challenge trying to get this film made… and what’s been the most rewarding part so far?

The biggest challenge has been the time and money. Balancing my school work and movie work has been very tough. The most rewarding part so far is seeing my visions coming to life. We have an amazing cast and crew. I’m so proud of this story and I can’t wait for other people to see it.

Has anyone been skeptical of you (being so young) and your ability to make a feature film on your own, or have you found people to be very supportive of your dreams?

There are probably people who are skeptical but they haven’t said it to my face, haha. One thing I’ve learned since Zombie Kids is that the horror genre is very supportive and welcoming. I’m not so sure it would be the same situation in another genre. 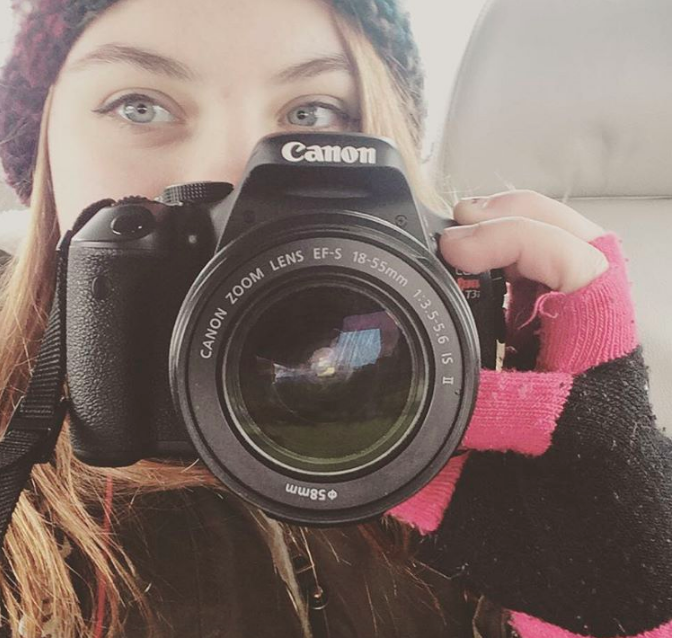 Do you see yourself specifically as a horror filmmaker or do you envision branching out to other genres?

Unlike other genres, horror has so many sub-genres. So, if I wanted to make a dramatic film, it could still be horror. The same is true if I wanted to do a comedy or an action movie. That’s what I love so much about the genre. I want to be one of the greatest female directors in horror, and I don’t plan on stopping making movies.

Tell me about your production company, Hopeless Pictures.

While I get experience with my first few features, I figure it would be easiest to do it on my own label. I would also love to release films from other young aspiring directors. 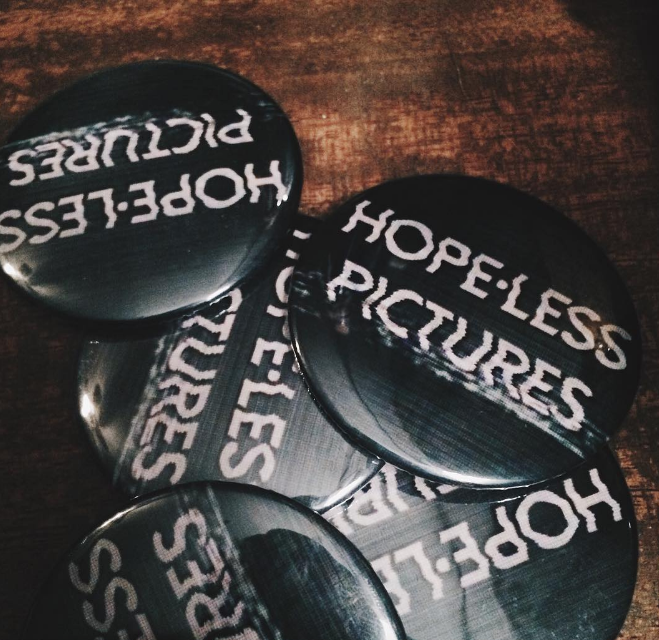 Being such a young and driven filmmaker, you’re an inspiration to other aspiring filmmakers trying to make it in the genre. What advice do you have for these future filmmakers?

Just don’t give up. It sounds simple but it’s true. Also to surround yourself with other talented people and a good support system.