Sneak Peek: I Dare You to Open Your Eyes

“I Dare You to Open Your Eyes” is both a powerful dark drama about isolation and the cycle of abuse, as well as an effectively chilling horror film. 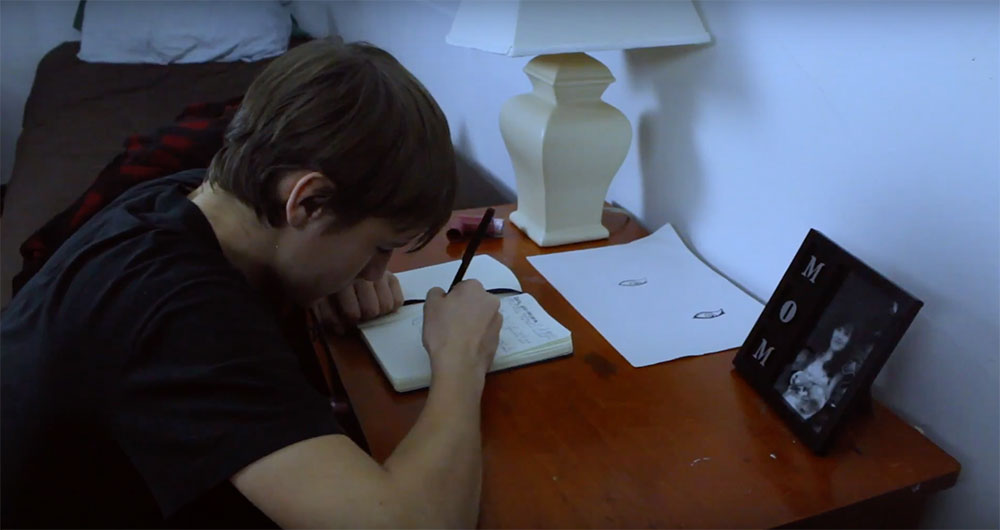 It’s my first film review of the year, and I wanted it to be a special one. Fortunately, I was sent an early screener for a film I’ve been anticipating for quite some time, from a young and up-and-coming filmmaker on the verge of truly extraordinary things.

In June of 2016, I had the chance to interview then sixteen-year-old Hope Muehlbauer about her upcoming feature film debut I Dare You to Open Your Eyes. She had already made one short film, Zombie Kids, which she wrote at the tender age of 11 and directed and starred in when she was just 13. The ambitious young filmmaker had also established her own production company called Hopeless Pictures, and she was well on her way to pursuing her dream of being the next great genre filmmaker. 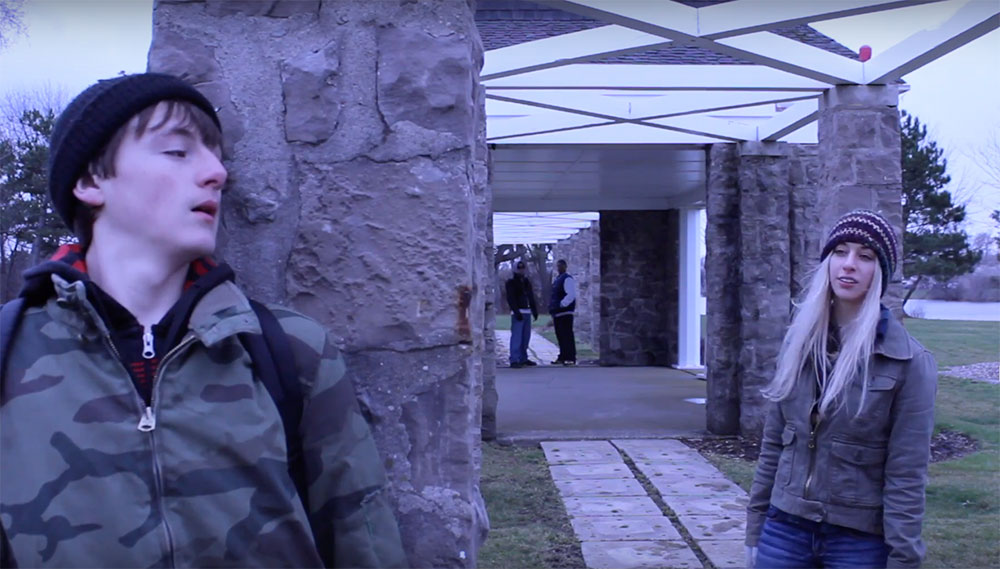 Hope was kind enough to send me the pre-release version of the film before it hits the festival circuit, hopefully followed by a Blu Ray/DVD release. Having eagerly followed her progress the past couple of years, I was anxious to see her vision finally brought to life.

Hope describes I Dare You to Open Your Eyes as an anti-bullying slasher film, mixed with elements of giallo and dark drama.

The film tells the story of a troubled high school student named Max Adams who recently lost his mother to cancer and is also dealing with being viciously bullied at school. His dad, who is struggling with severe depression following the loss of his wife, had to take a second job to make ends meet. Thus, Max spends almost every night alone, with no one to talk to about his grief or troubles.

To make matters worse, Max has asthma, keeps a journal, and his only real friend is a pet snake named Stanley that his mom gave him before she passed. 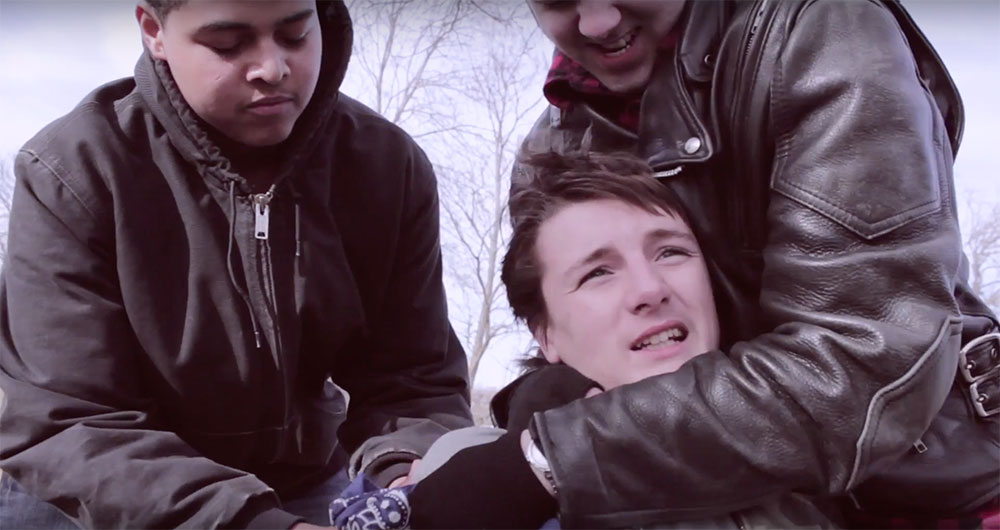 Nick Ribbeck as Max delivers a very believable and heart-wrenching performance as an adolescent struggling to find his way and dealing with a very bleak reality. His father Nick, played by Hope’s dad Tom Muehlbauer (in yet another compelling performance), tries to console his son by offering some uncomfortable life advice: Life is a vulture, and it will destroy you.

This becomes an overarching theme for I Dare You to Open Your Eyes, as Max picks out a rather disturbing vulture mask at the Halloween store, and then begins to have dark dreams about brutally murdering his bullies while wearing the mask. Having been wronged by life, Max fantasizes about becoming the source of wrongdoing — becoming the abuser rather than the abused. 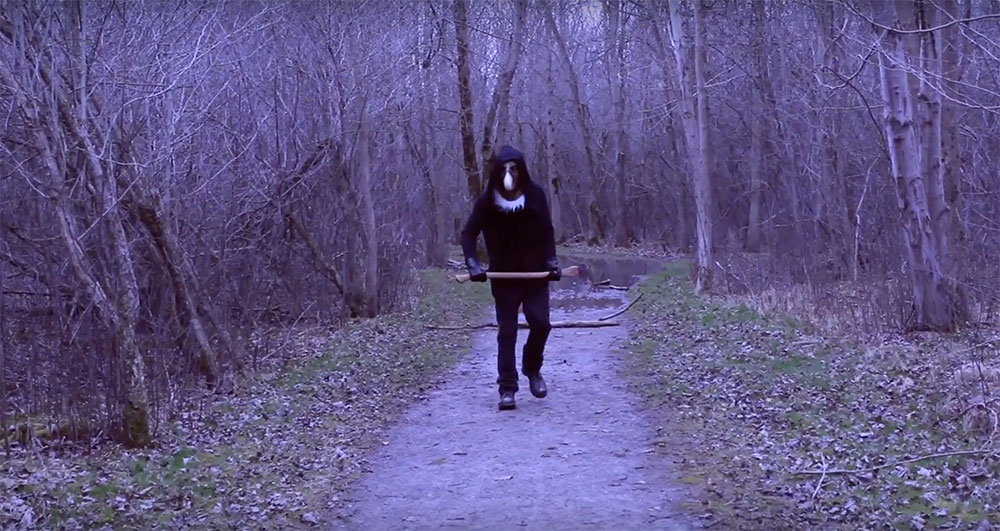 The film effectively balances elements of an intense family drama, a psychological thriller, a traditional horror film, and even a bit of a black comedy.

Despite how dark and upsetting the film is for the most part, there are elements of dark humor that break up the scenes of horror and heartbreak. There’s one scene in particular where the bullies are talking about their favorite Friday the 13th film in the franchise, and one of the boys says it would have to be Jason X. And, if you don’t already hate the hoodlum by this point, you certainly will after! 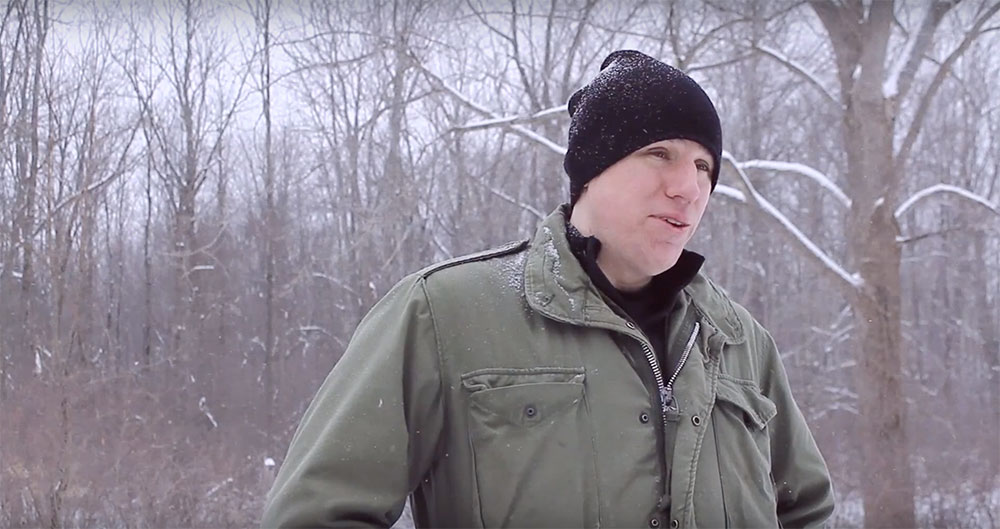 This, of course, is just one of many examples throughout the film where Hope, who grew up on horror films, pays tribute to her love of the genre, especially the golden age of slashers. In fact, while there is some impressive filmmaking on display throughout, Hope’s talent is most apparent when she directs the truly creepy and horrific scenes. That’s when she seems the most at home behind the camera, and she shows enormous potential as a future fear maker.

At its heart, however, this is a film about the horrors we can’t escape — the horrors of loss, despair, disillusionment, and loneliness. In a script written by Hope in collaboration with her father, this movie is as heartbreaking as it is horrifying. 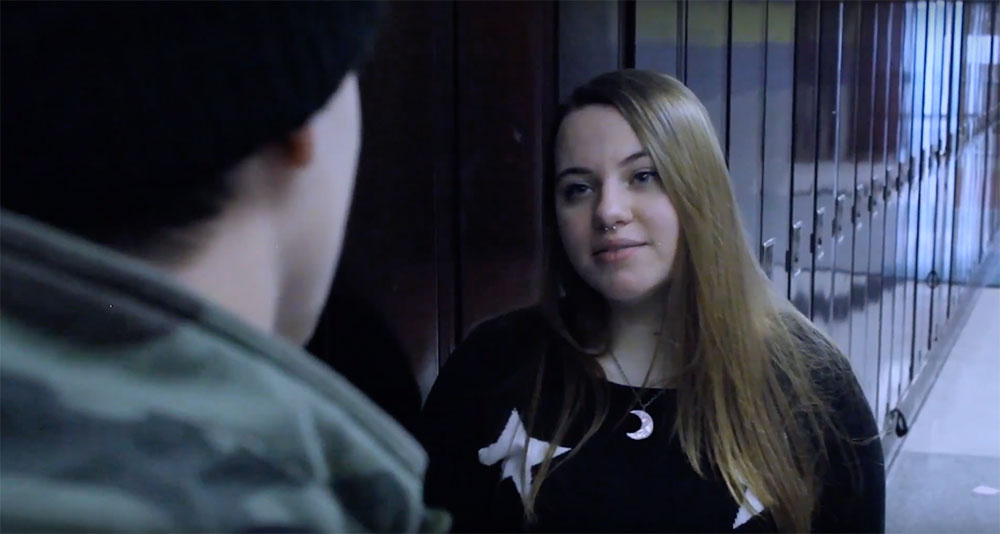 Hope also convincingly acts in the film, playing a young girl named Charlie who befriends Max and becomes one of the only bright spots in his otherwise miserable life. For a while, his spirits seem buoyed by her presence in his life, and she seems to offer a beacon of light and hope. However, as things go from bad to worse, he pushes her away, letting the grief and anger consume him as he embraces his inner darkness. It’s tragic to watch, as Max is really a sweet kid who just desperately wants to be loved and have his family back.

The ending of the film is dark and deeply unsettling, and Hope doesn’t pull any punches or hold back from making you truly feel the horror of it all. 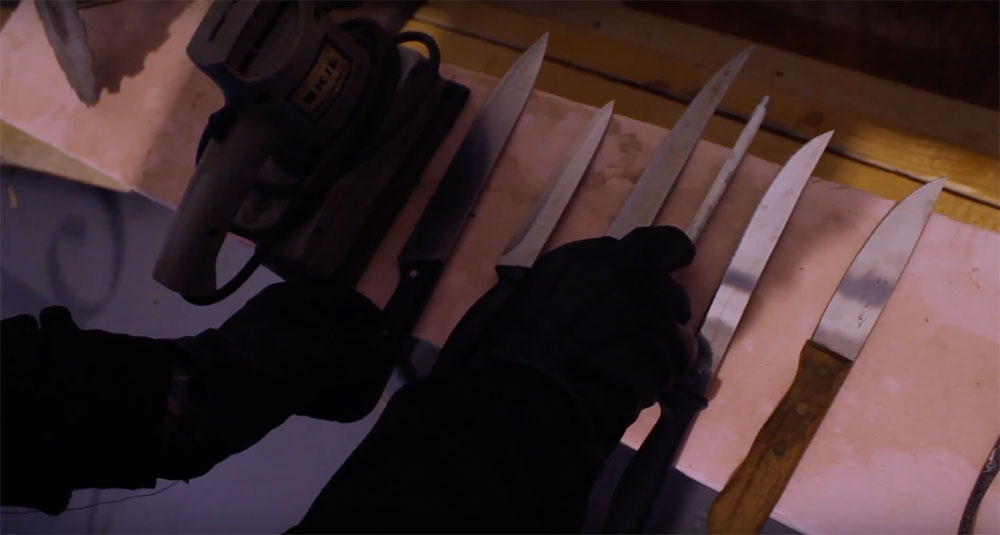 Technically, the film has some flaws, but nothing that detracts too much from the impact of the story. In fact, the film looks and sounds far better than one might expect for a first time filmmaker on a shoestring budget. Especially breathtaking are the outdoor scenic shots, with a stunning wintery backdrop effectively contrasting the beauty of nature with the ugliness of man.

While clearly made on a microbudget, there are many artfully directed scenes that show tremendous expertise and point to Hope’s future as a rising talent.

I for one am thoroughly impressed by Hope’s feature film debut, and I can’t wait to see what she does next. If you’re able to catch this film on the festival circuit sometime this year, I highly recommend you check it out. And be sure to stay tuned for the upcoming digital release of I