“Shaky Shivers” has a ton of heart, great FX, and more laughs than two years’ worth of horror comedies combined.

As a reviewer of horror movies, I’d say I’ve been averaging a few horror comedies a month for the past two years. Sadly, most of them are not even funny despite themselves, let alone in general.

I had thought it might just be the generation gap; after all, I’m pushing 50, so I’m near twice the age of the target demographic of a lot of these stinkers. But I realized that wasn’t true at all when I was pleasantly surprised by a very modern, very funny horror comedy at HorrorHound in Cincinnati.

SHAKY SHIVERS (2022) is what horror comedy fans like me have been waiting for: Smart, goofy fun with a decent production value, excellent acting, above-par special effects, an outstanding soundtrack, and brilliant direction.

The title comes from a girl named Karen (VyVy Nguyen, Dawning) inventing a new frozen drink in her capacity as an ice cream shop worker where she and her best friend and coworker Lucy (Brooke Markham, Friend Request) meet a customer — also named Karen (veteran TV actress Skyler Day) — who proceeds to demand free ice cream with an outdated coupon. 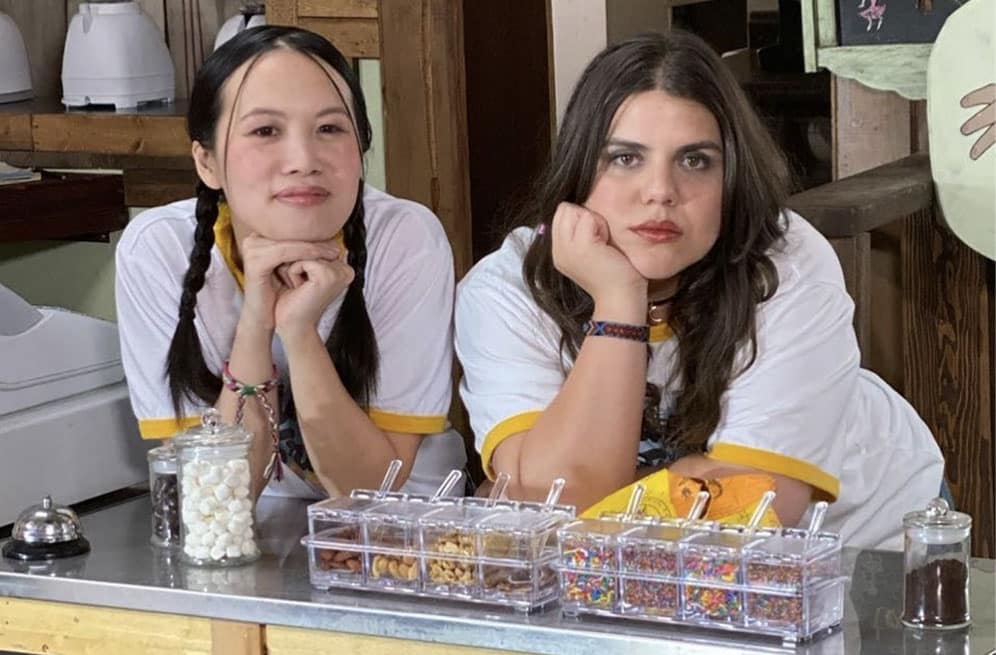 After the kindly, pushover owner (Herschel Sparber, Lucky Stiff) gives a free banana split to Karen the Karen, the pair don’t learn their lesson in grace.

A mysterious woman (Erin Daniels, Animal Among Us, House of 1000 Corpses) appears who wants to trade a pinecone for free ice cream.

When Lucy stands her ground, the woman bites her on the arm with a bizarre wolf puppet and curses her. Rut roh, Raggy.

The next thing we know, the two friends are parked in a car in an isolated area, waiting to see if Lucy will turn into a werewolf. When their occult-loving friend Eric (Jimmy Bellinger, A Comedy of Horrors) sneaks up on them in a werewolf mask, the fun is just beginning.

Featuring zombies, werewolves, witches, cultists, a Necronomicon-esque binder full of spells, and even Sasquatch, the laughs and scares are non-stop.

Korean American actor Sung Kang (The Fast and the Furious) wows in his directorial debut, which is scary, charming, thrilling, hilarious, and surprisingly tender.

I literally couldn’t believe my eyes when I found myself crying during a particular scene.

The chemistry between the two leads is so natural you’d think they’d been friends forever. I could easily see them going on to do sequels if Shaky Shivers takes off like it deserves to.

Their comic timing is impeccable, and the script they have to work with by Disney’s Andrew McCallister and cult movie maestro Aaron Strongoni (Gingerdead Man 2: Passion of the Crust, Return of the Living Dead: Rave to the Grave, Return of the Living Dead: Necropolis) gives the two leads plenty of comedy gold to sink their teeth into (as well as brains, pun intended). 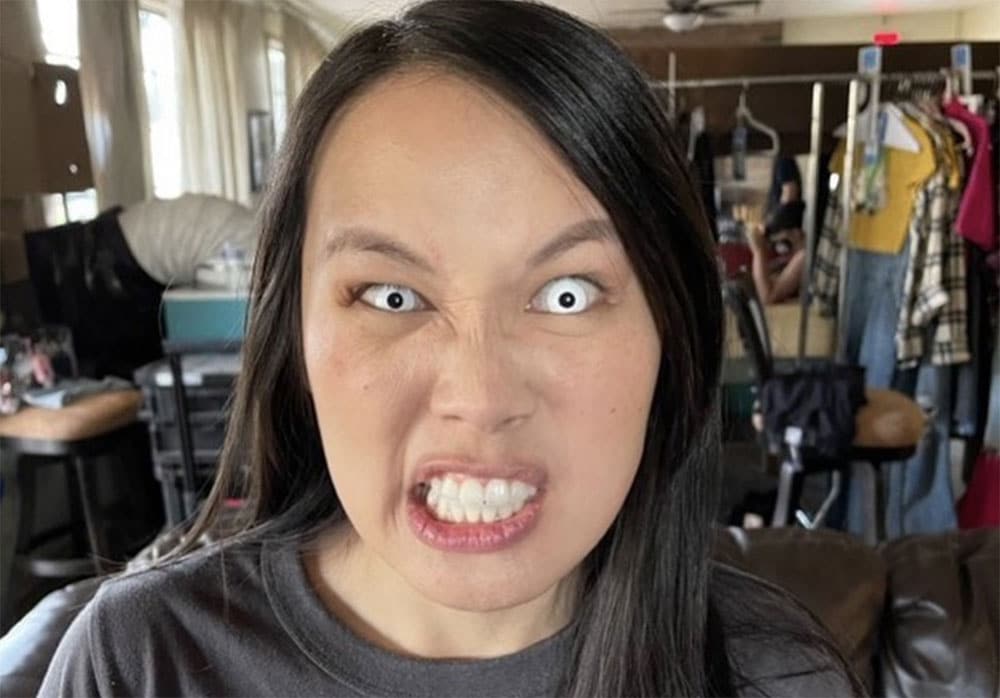 The special effects department led by Gabriel Bartalos (Friday the 13th Part VI: Jason Lives, From Beyond, Underworld) deserves some kind of award for a fantastic werewolf transformation scene that would make Rick Baker proud.

I even found myself giggling at the music (whoever wrote the score knew what they were doing – come on, IMDb, get it together).

The film is still officially listed as being in post-production, but I hope they don’t change a thing. Once it’s available to stream or rent, I’ll be first in line. Congratulations to the cast and crew on making an actually hilarious horror comedy!