Indie horror icon and scream queen Danielle Harris on her new film “Inoperable”, Women in Horror, Hollywood’s beauty standards, and what’s next for her 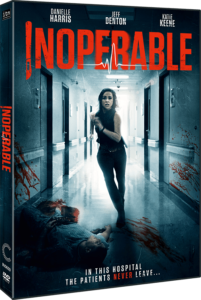 Whether you loved her in the Halloween or Hatchet franchises, or even one of my favorite 90’s flicks Don’t Tell Mom the Babysitters Dead, genre favorite Danielle Harris has had a long career in Hollywood. The beautiful and ageless Scream Queen has a new movie out called Inoperable. It’s so great to see her back in action in this terrifically fun horror film.

Inoperable is the story of a young woman named Amy (Harris) who wakes up over and over in a seemingly abandoned hospital in the middle of a hurricane. Learning a little bit more each time she comes to, she figures out that she must escape before the storm passes or she will be trapped in the “hospital from hell” time loop forever. 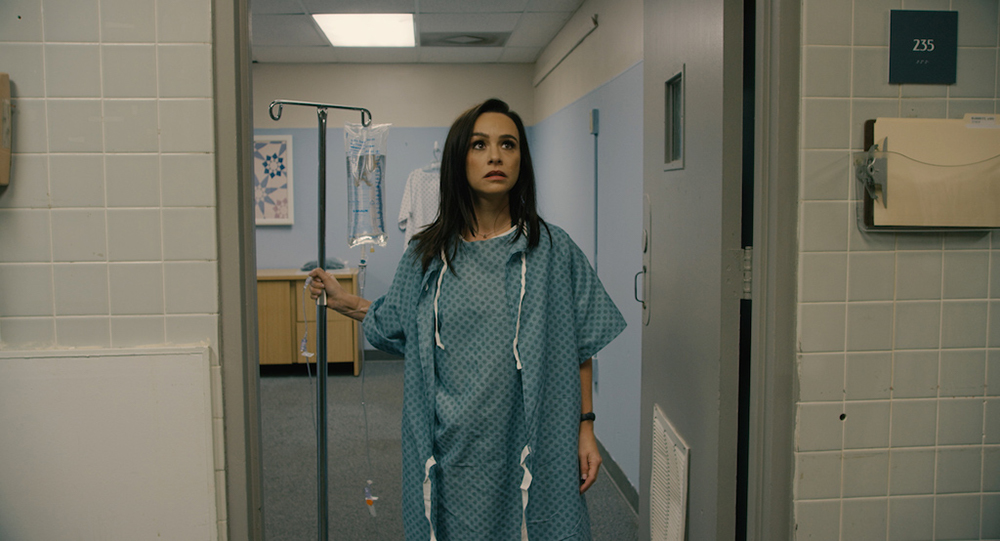 The tangled storyline evolved and changed, depending on the choices she and the others that were trapped, made. It was thought-provoking, humorous and kept my interest. The horrible things going on in the hospital, lent themselves nicely to provide horror fans a lot of creative gore, done with great practical effects. I must admit, I’m always in for a lot of blood and guts, but I had to concentrate to follow the story too. With a great twist ending, Inoperable will delight horror fans!

I got a chance to chat with Danielle about Inoperable, Women in Horror Month, the #timesup/#metoo movements, and what movies we get to see her in next! 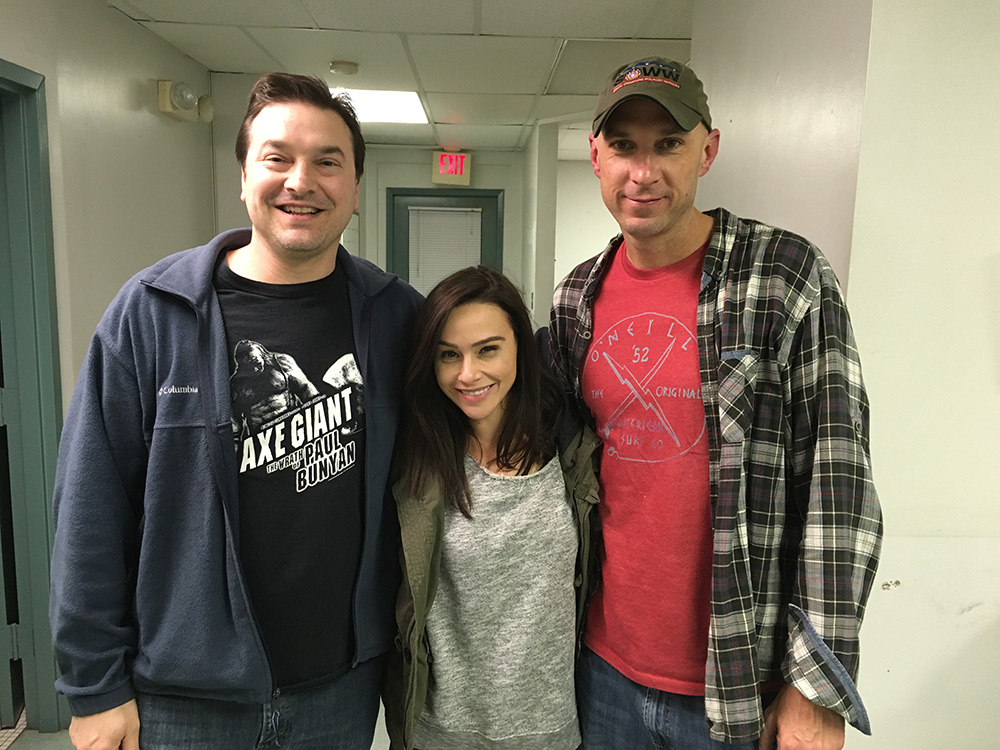 Danielle Harris with Jeff Miller and Christopher Lawrence Chapman on the set of Inoperable.

Los Angeles Zombie Girl: Hi Danielle, I am so excited to talk to you. Your newest movie is Inoperable. I recently got a chance to see it, and it was so much fun! The term paradoxical time anomaly will stick in my head forever! How did you get involved in it?

Danielle Harris: I get sent scripts every so often for horror projects, and most of the scripts that come my way are kind of the same, you know. It’s hard to find little gems in the bunches, because they’re usually slasher movies. So, every once in a while, I’ll find something that I feel like I haven’t done before and want to tackle, and this was one of those. I was like, “Oh, this is kind of interesting, and this will make me use my brain. This is a psychological thriller. It’s a little challenging and, okay cool, it shoots in one location in Florida and, okay, I could do that.” And that’s kind of how it came about. 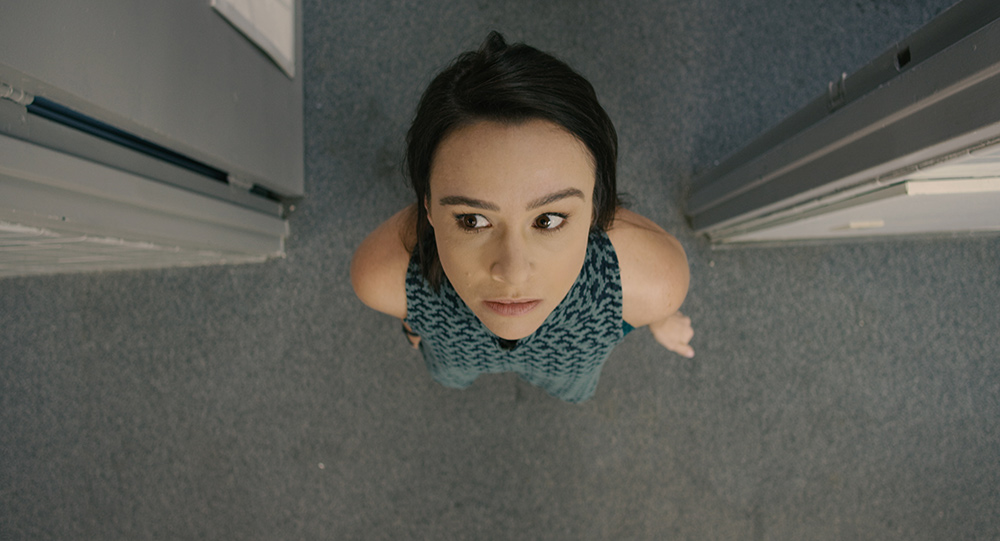 LAZG: What can you tell us about Inoperable?

DH: Inoperable is kind of like a genre version of Groundhog Day meets Twilight Zone. Amy is stuck in the hospital after a pile up on the highway, and she finds herself reliving the same day over and over. She has to figure out how to put the pieces of the puzzle together that will help her get out of the hospital she is trapped in. Ironically, there is a hurricane at the same time, and the eye of the storm is over the hospital. Along the way, Amy encounters some very interesting people, some friends, some foes, and it’s hard for her to distinguish between the two. We watch her put the pieces of the puzzle together as she’s trying to find her way out. The film also has a really amazing twist at the end.

LAZG: Was the script as confusing as the movie, or was it easy to follow? 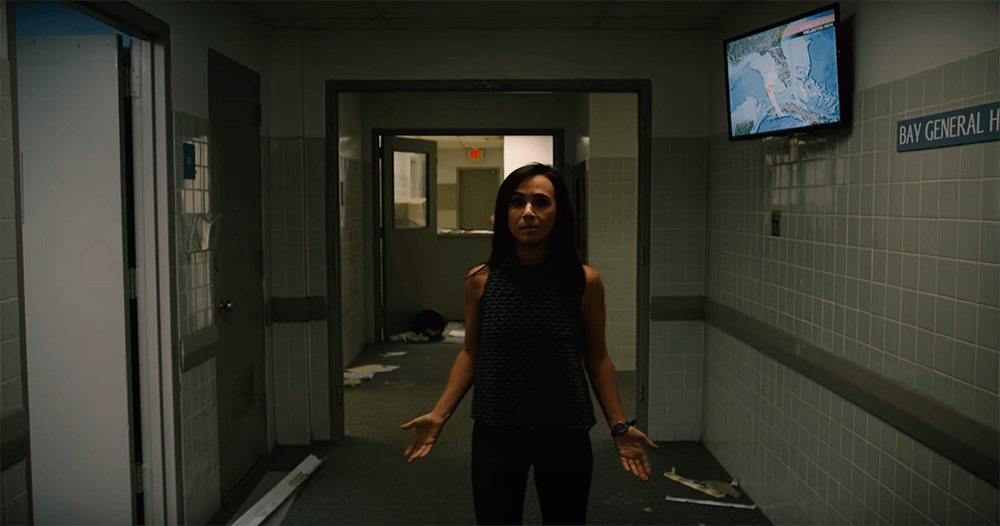 LAZG: Did you get lost when you were running around the set? It seemed like a huge labyrinth to work in.

DH: “I did get confused. There were arrows on the walls in certain areas, so we knew, “Okay, here’s how you get outside” essentially. This has happened on a couple of sets I’ve worked on. I filmed a movie called See No Evil 2 a few years ago, and we actually filmed inside a real insane asylum that was no longer in use since the 50s. But in that particular location, all the walls were painted the same color. They had it designed so you wouldn’t know how to get out if you were a mental patient. They did it on purpose to mess you up, and that was kind of how I felt in this situation. It’s like, I should know where I’m going, with the hundred times I’ve walked it on set. We’re filming in the same area, I don’t know how I didn’t know, how to get back to where I needed to go. So, I thank God for the arrows, that’s for sure.”

LAZG: You filmed in a real hospital, right? 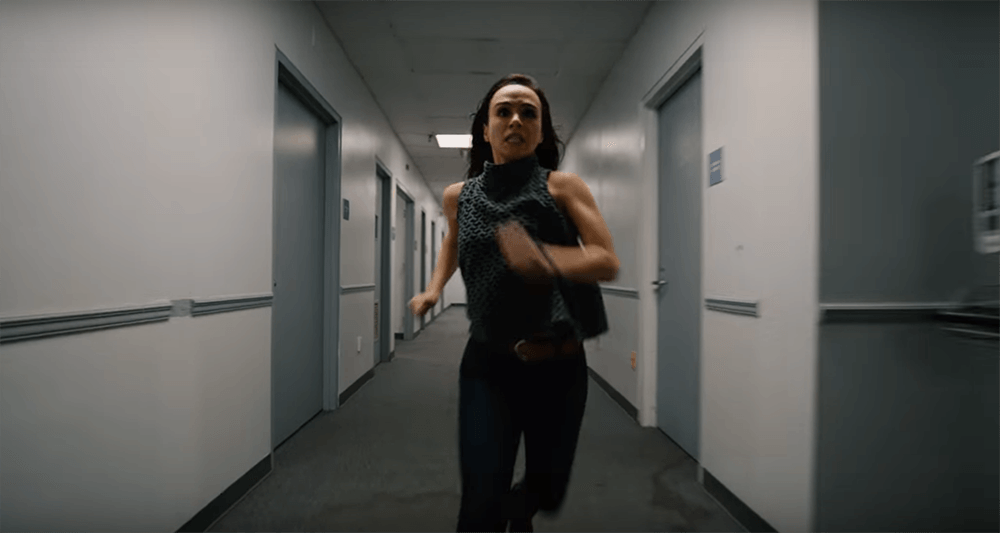 DH: It was, but it was no longer in use. It had been out of commission for many many years and was about to be torn down. There was mold on the ceilings, asbestos, bats and bugs! The art department had to work hard to make it look good in certain areas. They did a fantastic job making it look like it was really in use, like in Amy’s room, they had to make it look better. But as far as like tearing it down and making it look like shit, that was all just the way it came.

LAZG: The camerawork was phenomenal. Was the camera guy running with you the whole time? It was very creative.