On the twenty second day of Christmas, Glass Eye Pix gave to me the whimsical short with a wicked surprise ending, “The Stocking Stuffer”. 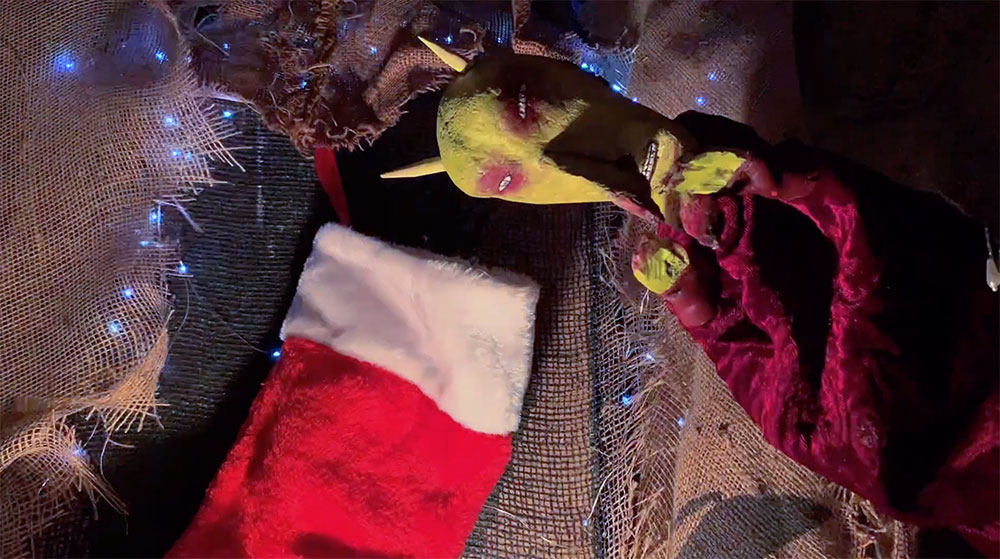 The 2018 Creepy Christmas Film Fest from Beck Underwood and NYC-based production company Glass Eye Pix gifts us with a stocking full of creativity, charm — and one seriously scary surprise. The talented team behind the Phantom Limb Company make Christmas horrifying again with “The Stocking Stuffer”, and this short is a real scream.

Prompted by a STOCKING, and made on an iphone, the filmmakers explain their inspiration for this wicked short by merely stating, “Only one thing scares the devil…” 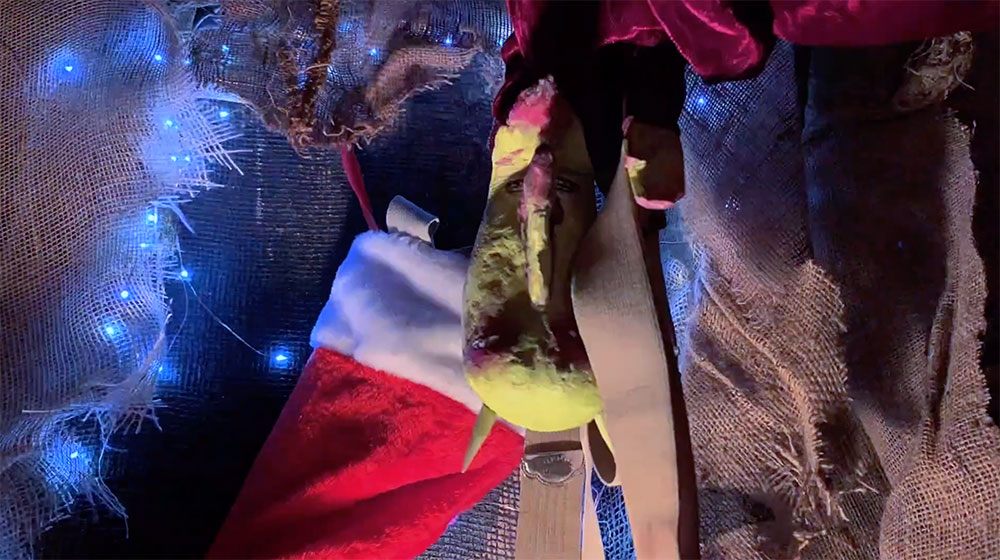 PHANTOM LIMB COMPANY (PLC), New York City-based, is known for its phantasmagorical puppetry work and focus on collaborative, multi-media theatrical production and design. Co-founded in 2007 by artist, director and set designer Jessica Grindstaff and composer and puppet maker Erik Sanko, Phantom Limb has been lauded for particular focus on combining the body, dance and puppetry.

​For the past decade, PLC has dedicated their work almost exclusively to creating a theatrical trilogy that explores the human relationship to nature through several different lenses.  This work has taken them to Antarctica, on an expedition to discover the oldest living tree in the world and finally to Fukushima where the tsunami and subsequent nuclear meltdown of 2011 have devastated a wide swath of Northern Japan and still adversely affect life today.

Check out “The Stocking Stuffer”, the entry for Day 22 of the Creepy Christmas Film Fest below.