Monster Fest is Australia’s premier festival of cult, horror and the fantastic. This year’s event, taking place on November 24-27 at the Lido Cinemas in Melbourne, will mark the festival’s six year anniversary. The amazing Kier-La Janisse was recently brought on as Festival Director and Head Programmer. 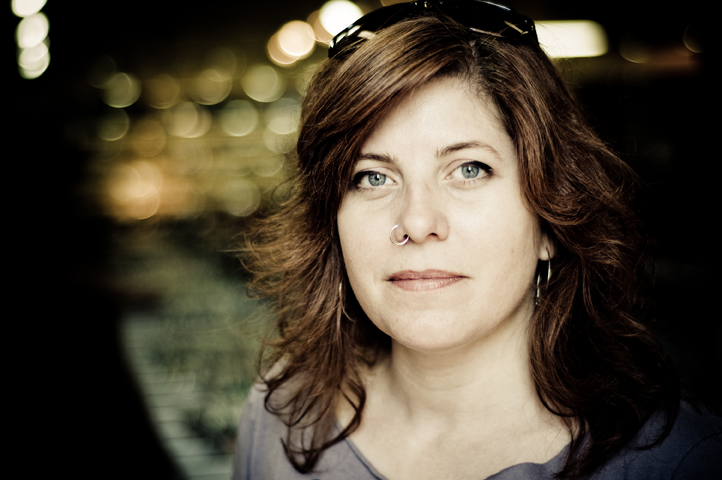 Janisse is Editor-in-Chief of Spectacular Optical Publications, a small-press publisher of collectible film and pop culture books with an emphasis on supporting Canadian genre film writers and designers, as well as the founding director of The Miskatonic Institute of Horror Studies. She’s been a programmer for the Alamo Drafthouse Cinema and Fantastic Fest in our hometown of Austin, Texas. She’s also a prolific genre writer and author of House of Psychotic Women: An Autobiographical Topography of Female Neurosis in Horror and Exploitation Films, among many other impressive credits.

Along with this year’s addition of Janisse as Festival Director, Monster Fest 2016 boasts an impressive programming team that includes festival co-founder and head of Monster Pictures acquisitions Neil Foley and LA punk legend, author and longtime programmer for the American Cinematheque Chris D. (The Flesh Eaters, Gun and Sword: An Encyclopedia of Japanese Gangster Films 1955-1980).

“I’m really excited about having someone of Chris D’s stature join the team this year,” says Janisse. “He’s got exquisite taste and brings a wealth of experience to the festival.”

Finally, crime writer and pulp fiction expert Andrew Nette (Beat Girls, Love Tribes and Real Cool Cats: Pulp Fiction and Youth Culture from the 1950s to the 1980s) and film scholar and archivist Dean Brandum (Technicolor Yawn) will be, as Janisse explains, “delving into the depths of cinema obscura to bring us the strongest repertory programming of any Monster Fest to date.”

The theme of this year’s festival is ‘Ritual’, and the official posted for the fest has just been released. Designed by ridiculously talented Canadian artist Matt Ryan Tobin, the poster ties in with this year’s theme, illustrating our ritualistic relationship to screens of all sizes. 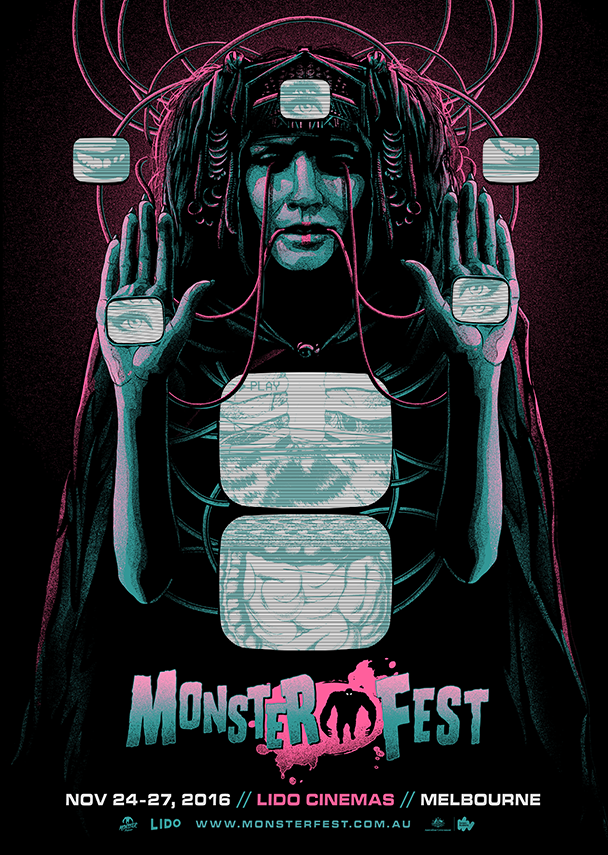 “We fell in love with Matt’s alternative posters for Suspiria, Halloween III, Nightcrawler and more,” says Festival Director Kier-La Janisse, “We knew he could do something witchy that also tied into notions of broadcasting, screen ubiquity and ‘infected’ channels that invoke audiences to join the Cult of Monster.”

The festival was established in 2011 by Neil Foley and Grant Hardie as the exhibition arm of Monster Pictures, and since that time has garnered a reputation for showcasing some of the finest new independent genre films in the world, giving Australian audiences an opportunity to experience them on the big screen, both at the annual festival in Melbourne and at satellite events throughout Australia year round.