Bannister DollHouse is an extremely creepy and seriously disturbing 2019 horror drama, which marks the seventh film in the Mycho universe, or “Mychoverse”. The film is written and directed by MJ Dixon and produced by Anna Dixon. It stars Tiana Rogers, Susan Lee Burton, Emmeline Kellie, Grant Kempster and Chloe Badham. It goes straight for the jugular, and takes a deep stab at the arteries.

Molly Bannister (Rogers) receives a mysterious Christmas gift of a doll that appears to be an exact replica of herself. But everything is not always what it seems as the once quiet Bannister house suddenly becomes a sadistic playground for evil. Is there a rational explanation for the bizarre events happening in the Bannister House? Or is there something sinister at play? 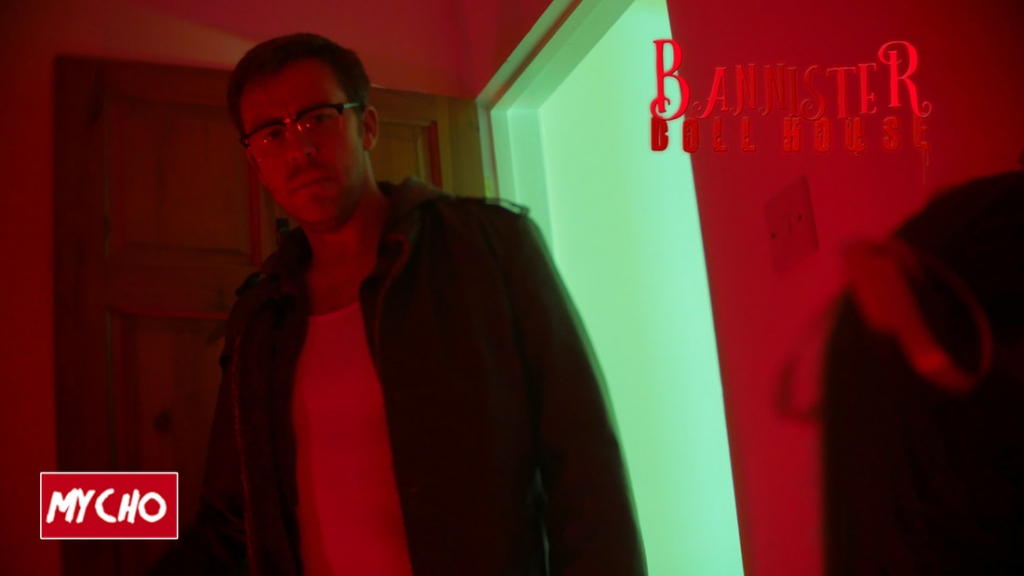 Displaying shades of Hitchcock and Argento, ‘Bannister DollHouse’ is truly frightening. It’s suspenseful, eerie and atmospheric. If you weren’t scared before, you will be now. Move over Chucky and Annabelle, there’s a new killer doll in town. Just when you thought it was safe in the comfort of your own home, this film proves that there’s no place to hide when it comes to evil.

When it comes to concept, this is Mycho at the top of their game. Bannister DollHouse is unlike their other films and is more along the lines of their 2016 psychological horror thriller, Hollower. It’s a slow but steadily scary ascent to a tightly coiled finish. There are some really scary elements and scenes in this film.

The acting was especially gripping, creating a muggy, tension-filled mood throughout. 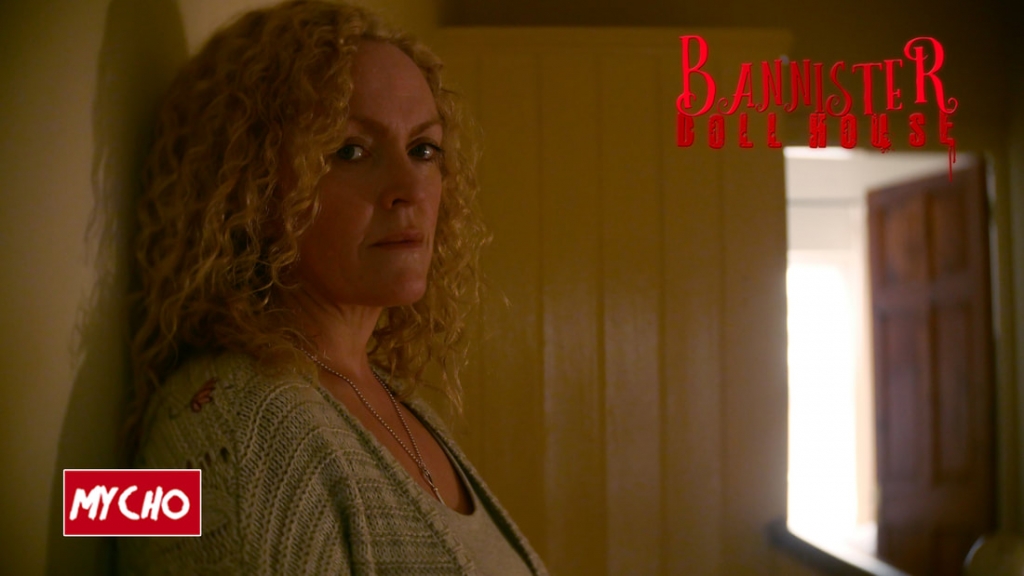 Some really strong performances from the cast helped generate a deeply dark and disturbing film that will definitely scare the shit out of you. Susan Lee Burton was phenomenal as the mother, Mary Bannister. Her performance was both compelling and severely spooky. The emotional unease she displayed was absolutely brilliant.

Another great performance came from Emmeline Kellie as the middle Bannister sister, Dotty. She really sold the character and was basically the spine of the film. She appeared to hold everything together and really brought the story some validity and life. Tiana Rogers returned once again, reprising her role from Mycho’s terrifying 2016 resident evil-esque film Slasher House 2, as the grim and twisted character Molly Bannister. Rogers was genuinely chilling and gave a powerful, unnerving performance as Molly. 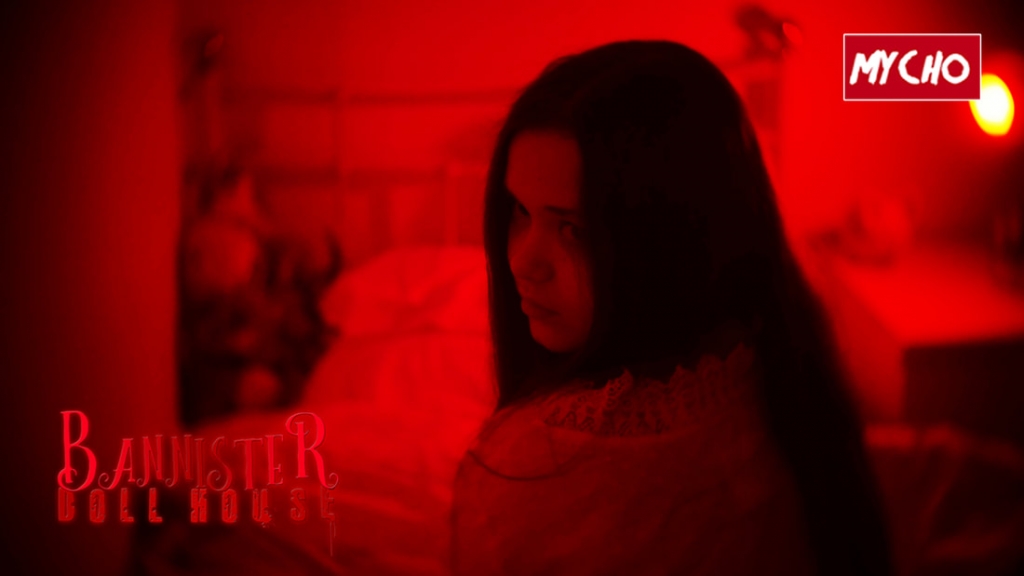 One thing that didn’t seem to fit in with the rest of the film, however, was the father character played by Grant Kempster. While he did a great job with the role, his character didn’t appear to quite match up age wise and looked a tad younger than one would have hoped for. The role might have had more success had there been an actor a bit older in that slot. Nevertheless, that observation clearly takes nothing away from the overall product.

Despite its lack of budget, Bannister DollHouse provides some truly horrific celluloid and proves further that Mycho is the most consistent in indie horror, as they continue to excel and improve with each film produced.

The cinematography was inspiring as always, and the contrast of lighting and shadowing fit the film perfectly. It gave the film a nightmarish tone and helped build the bubbling tension. The costumes added an old-school feel, and the music helped create ominous brooding atmosphere. 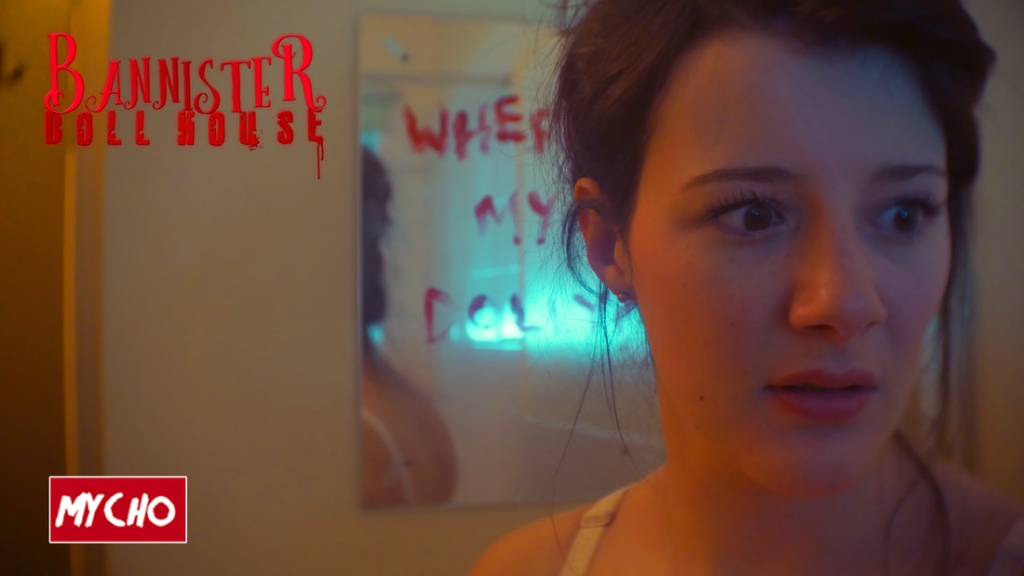 ‘Bannister DollHouse’ is by far, budget for budget, Mycho’s best film to date. While it’s easy to spot that the film is on the lower end of the budget spectrum, it still provides some riveting emotional performances and doesn’t lack in the scare department. There is some incredibly horrifying imagery in this film and what could possibly be considered as Mycho’s most terrifying creation yet.

I give this film 1.5 out of 3 scratches for its nightmare-inducing content and effective use of budget.

Overall, Bannister DollHouse is an immensely creepy haunted house film. It’s clever, spooky and downright terrifying. It’s not a film to be watched alone. You can catch the premier of the film at the 2019 Horror-On-Sea Film Festival in January — and pre-order your copy today at https://mycho.weebly.com/bannister.html.