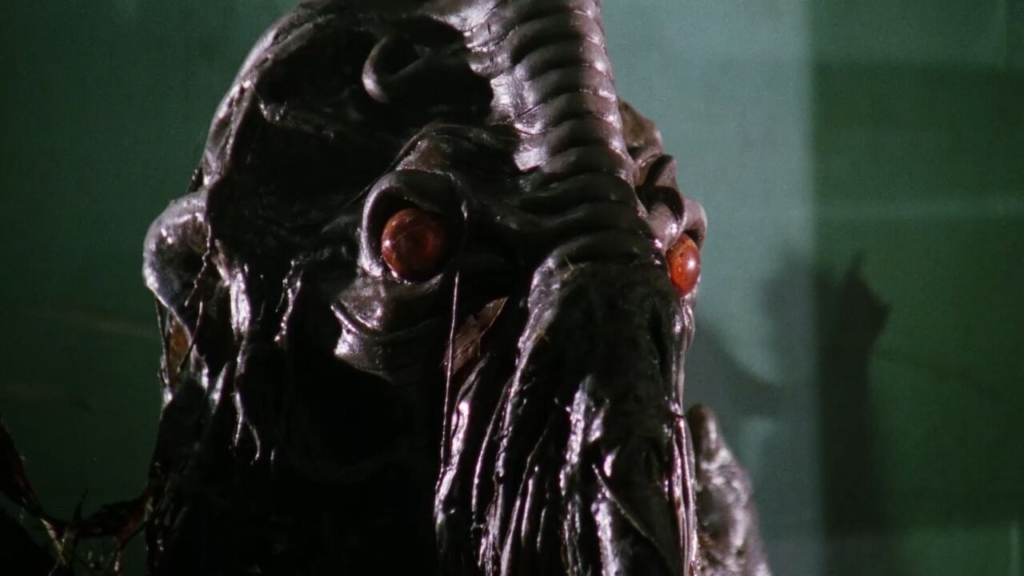 There is an overused sentiment by some movie fans after watching a bad movie that it should be riffed by the Mystery Science Theater 3000 crew.  It’s a sentiment used so often, that I actively avoid saying that when I see a bad movie. But after seeing the new Severin Films Blu-ray release SHOCKING DARK aka TERMINATOR 2, I am breaking from my personal rule to state that this movie deserves to be riffed by MST3K.

SHOCKING DARK is an Italian schlock rip-off of James Cameron’s ALIENS, which was then retitled in America as TERMINATOR 2, and marketed as an “unofficial” sequel to THE TERMINATOR. Locked up in legal quagmires over rights, the movie was rarely seen in the States legally, and never officially released on home video until now.

SHOCKING DARK is such an unabashed theft of ALIENS that the quote leading off this review kept running through my mind (but replace George Lucas with James Cameron). 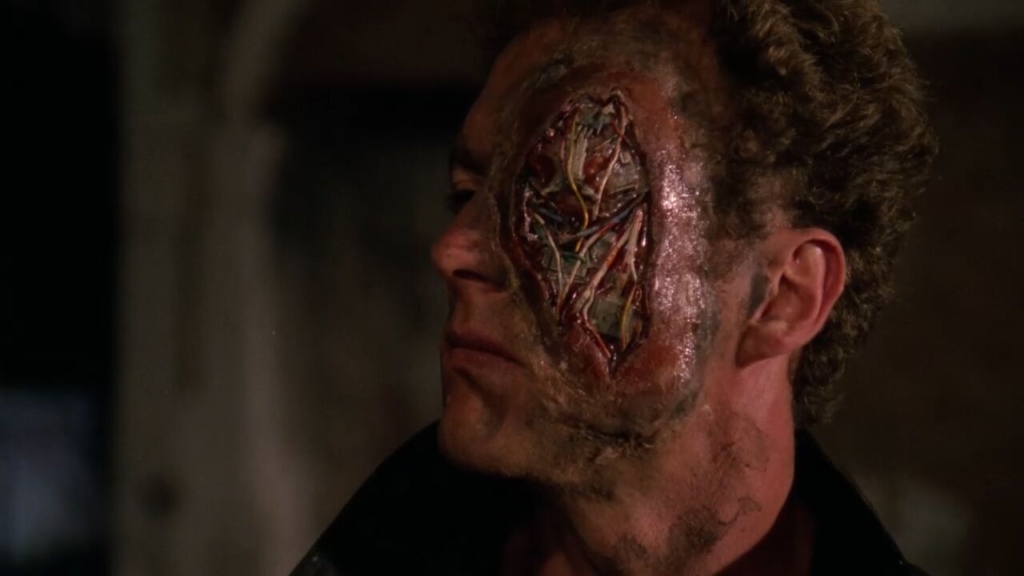 In SHOCKING DARK, the premise is that pollution has rendered Venice and its rivers unable to sustain life.  A group of scientists for the Tubular Corporation are investigating when they mysteriously disappear. A military unit, Megaforce 2, is sent in with a scientist consultant, Sara (the Sigourney Weaver character) and a corporate hack Sam who is more than he seems (a mix of the Paul Reiser character and The Terminator).

As the team uncovers what happened to the original group of scientists, they find an orphaned girl, Samantha (the Newt of the movie), who is dressed like she’s maybe 9 or 10 years old, but the actress is obviously a teenager and nearly as tall as the heroine, Sara.

It seems to me that going into a deeper recap is meaningless. I’m assuming if you’re a fan of movies, of any genre, you know ALIENS. SHOCKING DARK is a copy and paste job, and the fun of watching this movie is picking out where the writers lifted dialogue straight from ALIENS. The score by Carlo Maria Cordio even apes much of James Horner’s original score. 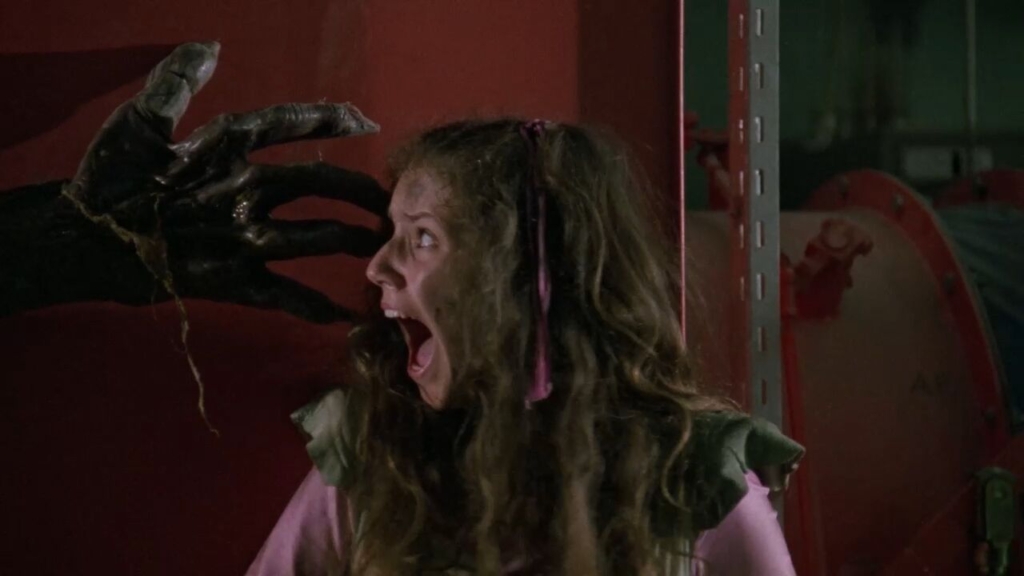 Unfortunately, the same efforts to copy the script and score weren’t put into the alien design. The designer’s goal may have been to recreate the look of Sid & Marty Krofft’s Sigmund and the Sea Monster, and if that’s the case, then a hearty congratulations goes out to the Paolocci Brothers for their creature designs.

Clearly, director Bruno Mattei along with co-writers Claudio Fragasso and Rossella Drudi were making a movie to exploit the popularity of James Cameron’s ALIENS and THE TERMINATOR. While SHOCKING DARK is not, in any way, a “good” movie, it is a fun and enjoyable movie. Frankly, I had a blast watching this bizarre Italian riff on ALIENS. I laughed throughout, groaned at some terrible dialogue, hid my eyes during some horrific acting, and cheered when I recognized lines lifted directly from ALIENS or THE TERMINATOR (mostly from ALIENS).

If you go into a viewing of SHOCKING DARK knowing what you’re going to get, I think you will have a great time watching it, as I did. I’m astonished that a movie like this exists, and I’m eternally grateful to Severin Films for making this available to fans. 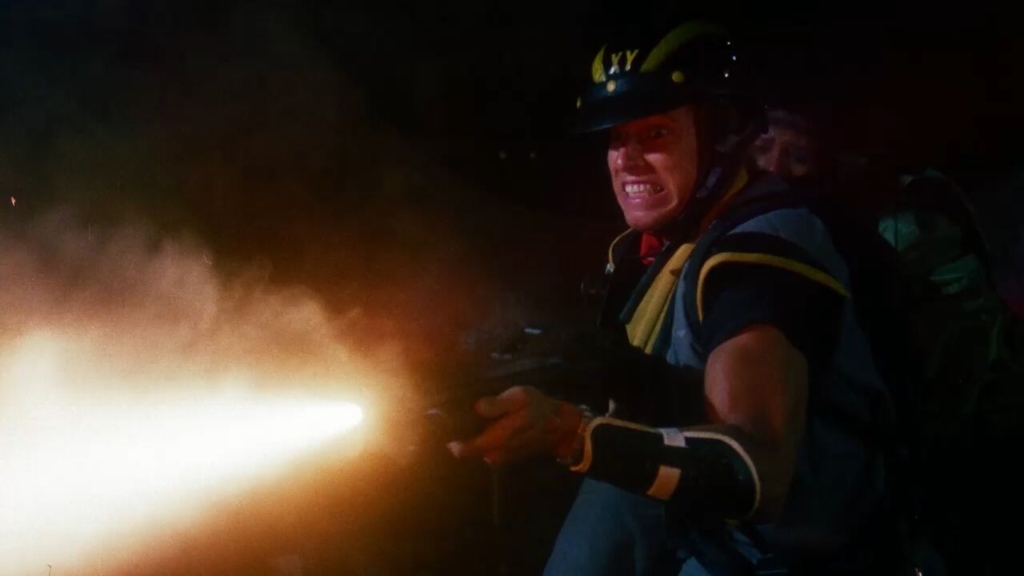 Terminator in Venice – An Interview with Co-Director / Co-Screenwriters Claudio Fragasso and Rossella Drudi. An in-depth interview that reveals much of the motivation in making this movie, and the behind-the-scenes decisions that shaped the final product.  I found this interview to be incredibly insightful.