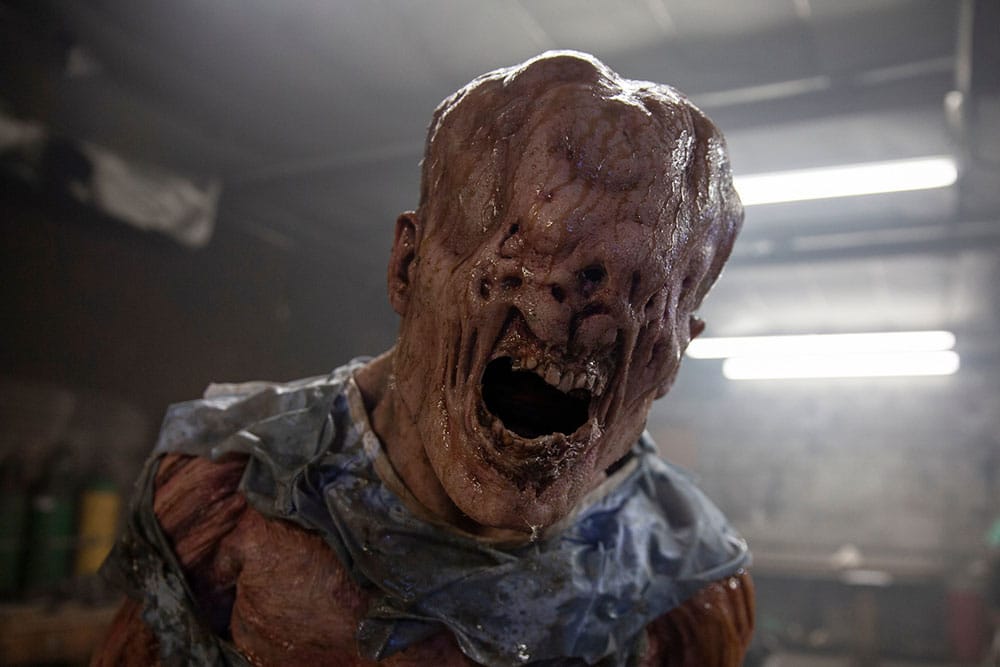 One of Morbidly Beautiful’s favorite fests, and one of the top-rated fests in the nation, is back for its seventh season. Nightmares Film Festival has once again scoured the globe to assemble the most surprising and beloved genre voices in a four-day lineup that truly lives up to the fest’s “better horror” credo.

The film program combines new work from the most recognizable horror names – Mike Flanagan and Jamie Lee Curtis to Aaron Moorhead and Justin Benson – with fresh, shocking stories by some of the planet’s best independent filmmakers and screenwriters.

“We are so honored the world’s top genre creators trust us to present their work,” said co-founders Jason Tostevin and Chris Hamel in a statement.

“This year’s program, including dozens of premieres from more than 25 countries, is absolutely brimming with the outrageous, hilarious, challenging, and thought-provoking genre experiences our audience loves.”

The festival once again takes place at the legendary independent Gateway Film Center.

The Gateway is a top-five North American art house (Sundance) featuring one of the last dedicated projection teams in the country.

Upgrading the already extraordinary on-site experience this year is the film center’s remodeled and expanded overlook festival lounge, where VIP badge holders can hang out with creators while enjoying a private bar and restrooms, a new kitchen menu, and a private entrance to both festival auditoriums.

Leading the festival’s anticipated lineup are 19 feature films across the full Nightmares spectrum of categories, from bloody funny horror comedies to tense thrillers and terrifying horror films to mind-bending Midnighters. 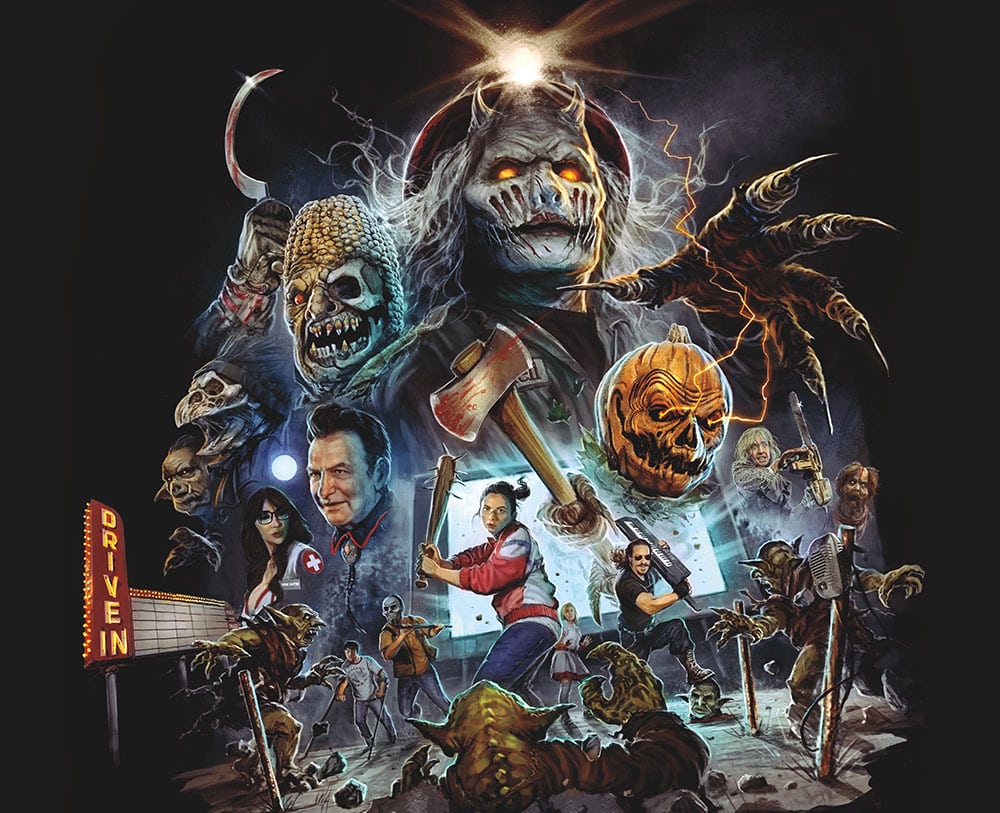 Four of this year’s features are part of the special Returning Terrors program, presenting a murderer’s row of anticipated sequels to films that took the genre world by storm, each with their director in attendance.

They include the world premieres of WNUF 2’s special Nightmares cut and FP:4EVZ, the final film in the FP franchise; the midwest premiere of horror comedy anthology Scare Package 2: Rad Chad’s Revenge; and Ohio’s only screening of The Barn Part II.

The fest is also proud to present the midwest premier of Benson and Moorhead’s (Spring, The Endless) new feature Something in the Dirt, along with the extraordinary analog Stephen King interpolation The Timekeepers of Eternity, made by printing The Langoliers on copy paper and animating the pages into a new story of obsession.

Attendees can also experience the North American premiere of the UK post-apocalyptic monster movie Walking Against the Rain and the midwest premiere of the horror anthology Sinphony, the first feature created through collaboration on the social platform Clubhouse.

Plus, don’t miss the bonkers French zombie horror comedy Super Z and an unprecedented double-feature of mockumentary The Once and Future Smash, about two actors who played the same slasher, followed by the “restored” movie-in-the-movie they starred in, End Zone 2.

Nightmares special events include the return of one of its best-known traditions, the Midnight Mind Fuck — called “one of the most dangerous and challenging blocks of programming at any festival” (The Film Coterie). 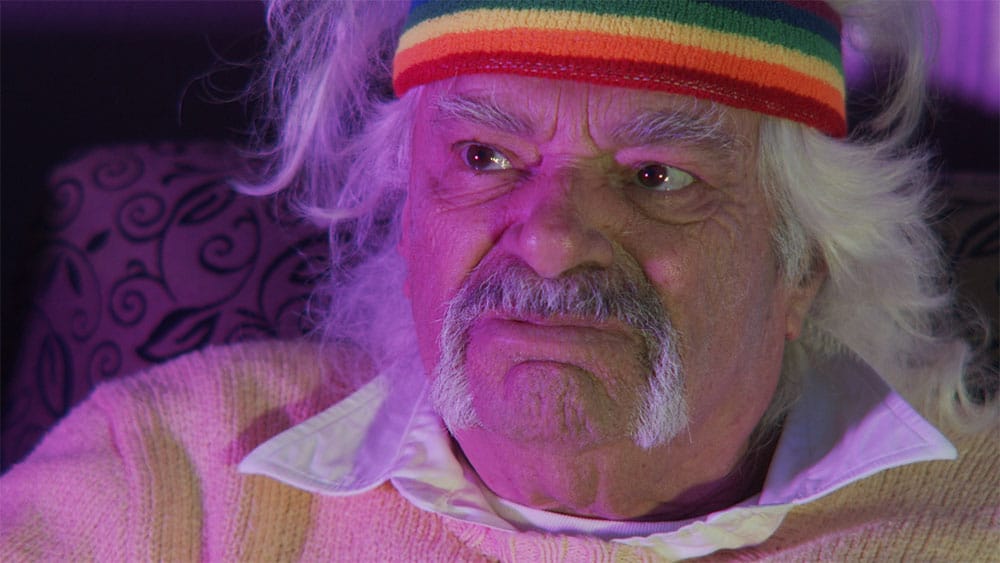 The Once and Future Smash

This block will feature the Northern U.S. premiere of All Jacked Up and Full of Worms, which Paste Magazine warned is “disgusting … drippy, slimy, perverted and disturbing.”

Plus, there will be a one-of-a-kind 35mm screening of James Quinn (Flesh of the Void)’s The Ruins of a Serpent Kingdom.

The block will also host the homecoming premiere of Obstacle Corpse, the horror comedy feature debut presented out of competition from the Fright Club podcast team.

Finally, you won’t want to miss the fest’s anticipated annual panels, Social Progress Through Horror and The New Distribution, including distributors and studios.

The festival’s reputation for presenting the best-curated shorts blocks on the planet continues with a lineup of 150 horror, thriller, midnight, and horror comedy short films, including dozens of world premieres. New this year are several themed shorts blocks, including The Horrors of Filmmaking, Animated Nightmares, Never Play with Your Food, and She Just Hasn’t Been Herself.

Recurring Nightmares blocks will highlight NFF audience favorites returning with new work, and the Ohio shorts block will offer up the best locally made fare.

Nightmares has also named the finalists in its short and feature screenplay contests.

Walking Against the Rain

These screenwriters will be given the chance to connect with selected filmmakers to explore the production of their scripts through the NFF FinaLIST matching service.

All selected competition films and screenplays vie for a coveted Night Mare statuette, representing the dark horses of the genre.

The complete NFF ‘22 schedule and list of selected films and finalist screenplays is available here.

For the Sleepless planning their pilgrimage to Nightmares this year, some VIP badges are still available, though they always sell out.

We are beyond thrilled to cover this incredible fest again this year, and we hope to see many of you there. Let the Nightmares begin!