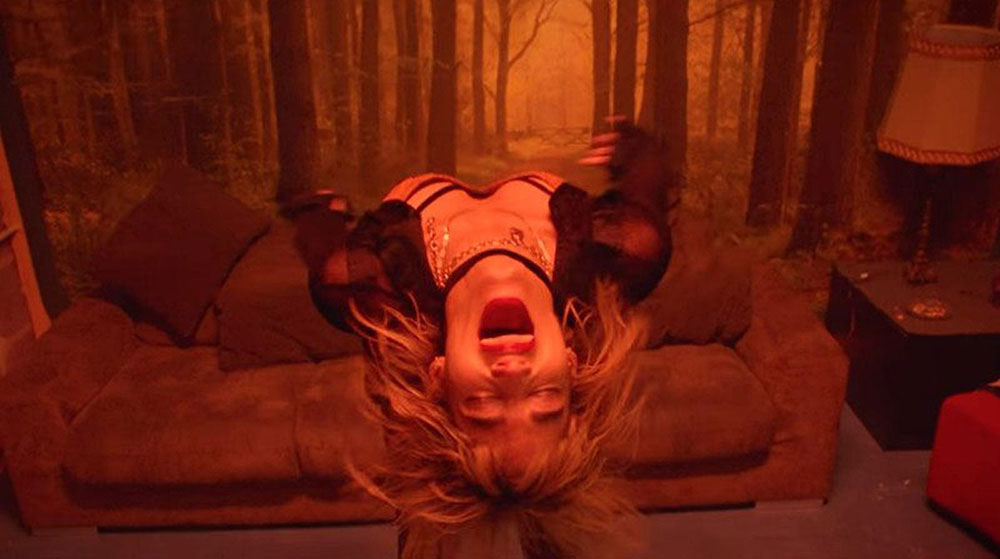 I’m a huge fan of controversial French filmmaker Gaspar Noé, so I had some idea what I was in store for me when I entered the theater for the US premiere of his latest film, Climax, at the Fantastic Fest midnight screening. Of course, you never really know what to expect from Noé, a filmmaker who revels in boundary-pushing originality and the kind of visceral visuals that scar your psyche.

However, as I sat for 96 minutes of hypnotic dancing, depravity, and a dizzying descent into Hell, I felt a pang of pity for anyone who entered this degenerate disco without being fully hip to Noé’s signature penchant for plummeting audiences into cinematic chaos.

Climax is a film that is nearly impossible to review. The plot is razor thin and does little more than establish a framework for the provocative, visually extraordinary drug metaphor; an intoxicating and maddening journey from heaven to hell over the course of one night. 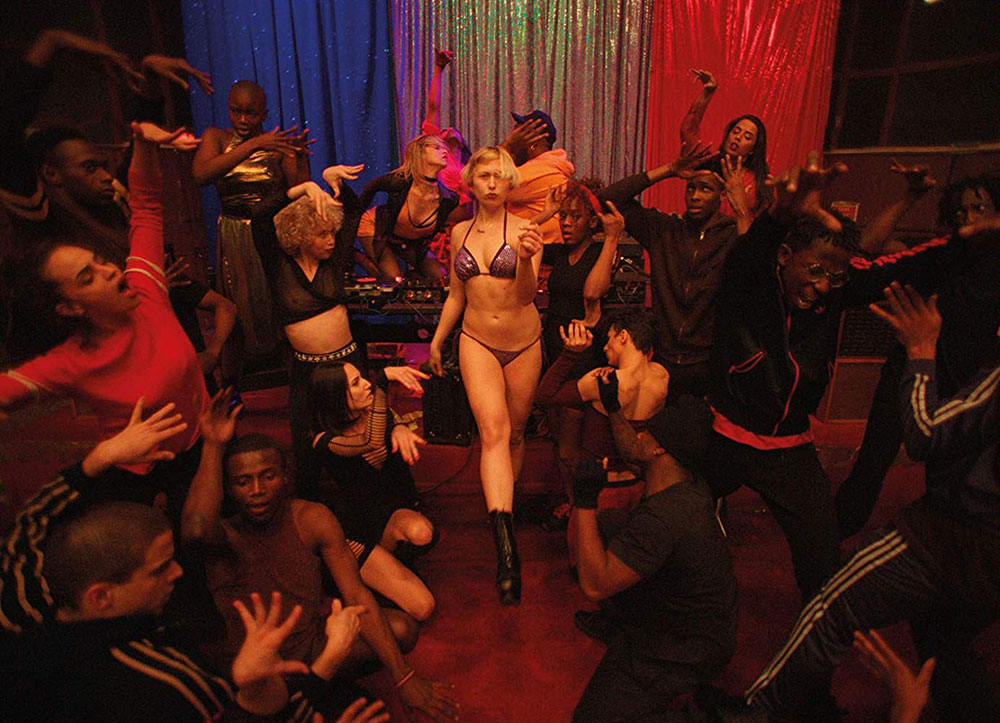 It’s the late 90s, and a group of young, beautiful dancers are throwing a party in a remote lodge doubling as a dank rehearsal space — surrounded by nothing but snow-covered wilderness.

There’s a palpable sense of isolation that seasoned horror fans will immediately interpret as a harbinger of doom. And Noé gleefully plays with those expectations with a chilling pre-credits sequence of a woman we don’t yet know struggling alone in the middle of the snow, in obvious distress and seemingly doomed.

As “cabin in the woods” as it all feels, this isn’t that kind of horror film.

We expect things to go horribly wrong for this ragtag group of revelers. But exactly how and why things go so bad — that’s what makes Climax such an unexpected and unforgettable journey. 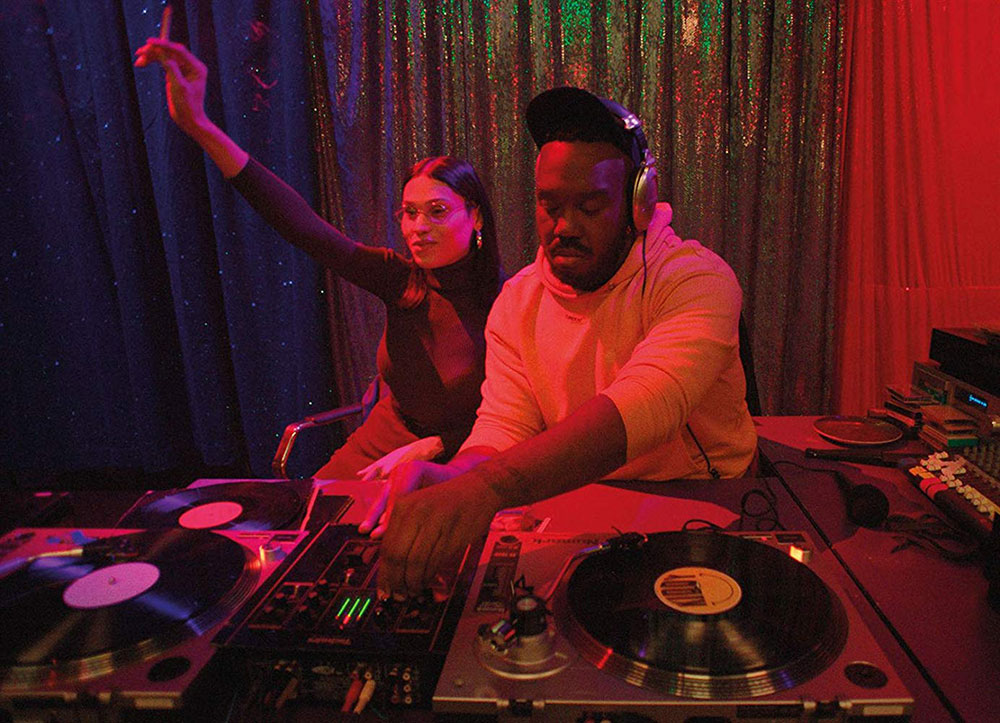 After the cold open, we’re introduced to our young and exceptionally diverse cast through a series of videotaped audition interviews for a performing dance troupe that’s about to embark on a prestigious US tour.

Then there’s the unusual title card: “A French film and proud of it.”

We then cut to a hypnotizing, 15-minute, long take dance sequence unlike anything you’ve seen before and will likely ever see again. Even watching this on the heels of Suspiria (2018), which featured some of the most beautiful and powerful dance scenes ever put on film, I was completely enthralled. 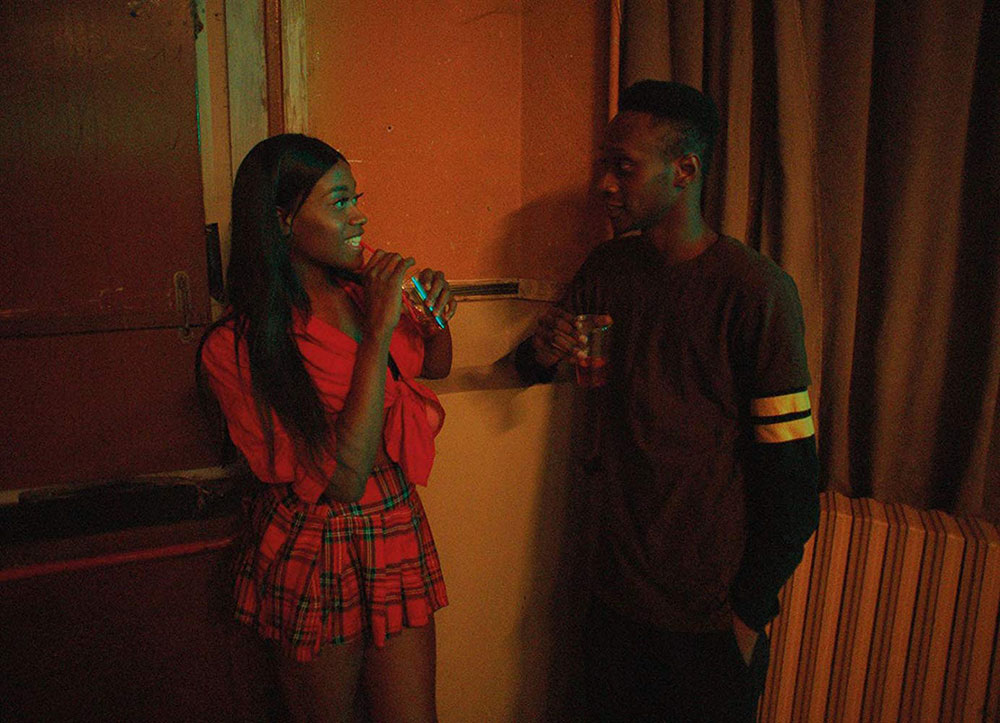 After the breathtaking dance sequence, the camera slithers seductively around the room, letting us eavesdrop on personal conversations and get to know our core characters a bit more. There’s a good bit of locker room talk, as we listen in on the predatory conversations of the over-sexualized males discussing past conquests and identifying their next prey.

Most of the actors are unknowns, save for the stunning Algerian-born actress Sofia Boutella (The Mummy, Hotel Artemis). The cast of 20 is comprised of dancers recruited by Noé in auditions. And there is ample opportunity for everyone to show off their considerable skills.

There’s an abundance of dancing, nonstop 90s EDM, and highly charged sexual energy. It’s all harmless, hedonistic fun until someone spikes the punch with LSD. When the drugs kick in, the madness quickly takes hold — and the giddy debauchery turns into a psychotropic nightmare.

The film sets up an intriguing mystery, loosely based on a real-life incident, where we are unsure who has spiked the punch or why. The accusations fly, and the group begins to rabidly turn on those considered to be suspects. But Noé isn’t really interested in providing answers. His fascination instead lies with the sordid study of humanity at its worst, most primitive and debase level.

At its core, Climax appears to be an operatic allegory for drug use itself…from the dizzying highs to the soul crushing lows.

In fact, the film plays like a shockingly hard hitting and undeniably effective PSA for the dangers of recreational drug use, albeit one that’s helmed by a visionary filmmaker who’s part cinematic poet and part enfant terrible — the bad boy of French horror with a penchant for grotesquely beautiful, artistic anarchy.

Climax never leaves the rehearsal space, and the small isolated environment becomes increasingly claustrophobic and suffocating as the night devolves into depravity. It’s “Lord of the Flies” with sexy young dancers, as the veneer of polite society is stripped away and animal instincts take hold. 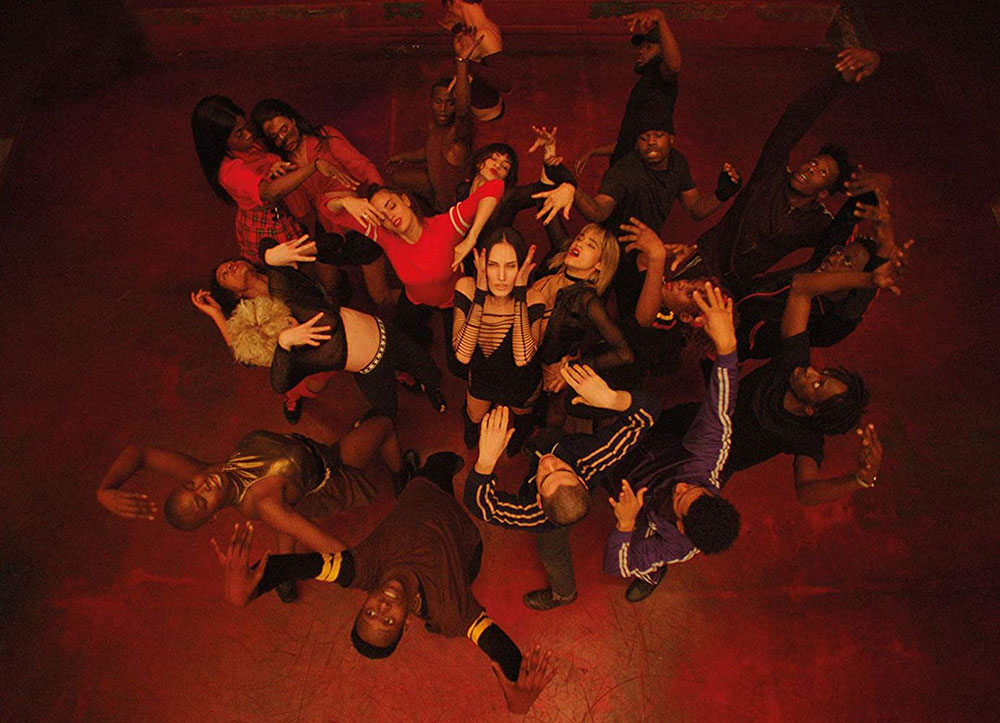 Before all hell breaks loose, we get another extended dance sequence, this time shot from a high angle looking down at the sensual, frenzied movements of the dancers as they flail and contort in seemingly inhuman ways. It’s an almost orgiastic expression of passion, sensuality, and a lust for life through movement.

Later, dance is used to reflect the chaos of the drug-induced frenzy. The intoxicating sensuality of earlier movement is replaced by a writhing expression of anguish.

As you might expect, some scenes are brutally hard to watch, especially those that involve a young boy (the son of the troupe leader) whose questionable presence at the very adult party exasperates the danger and trauma of the situation. 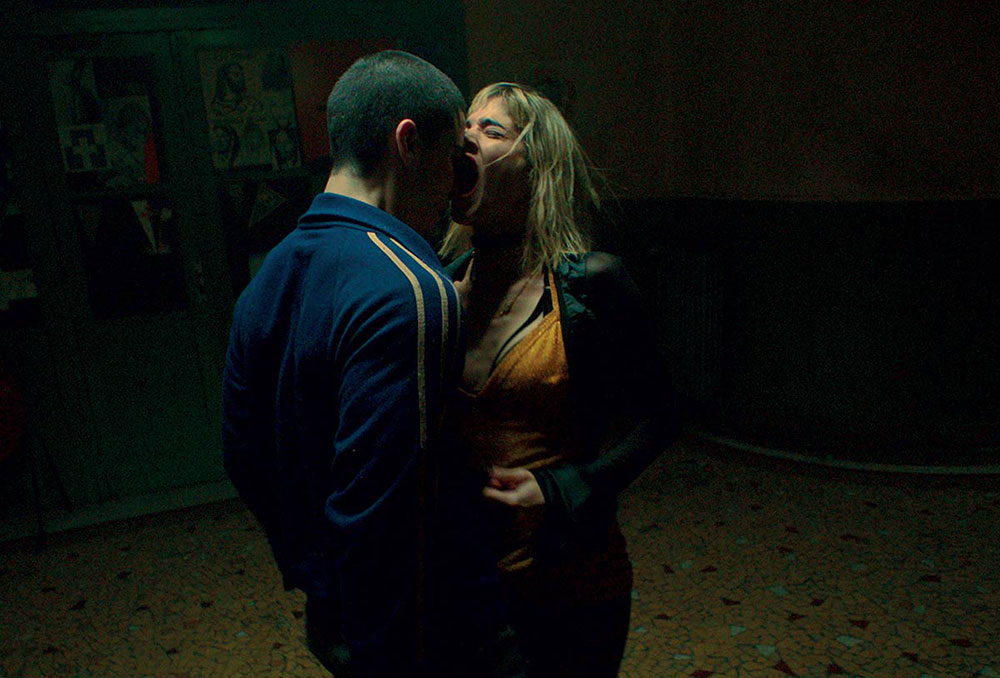 There’s an increasingly pervasive sense of impending doom as you wonder how and when the madness will end. This feeling is magnified by Noe’s signature fluid camerawork that follows doomed characters down nightmare corridors and voyeuristically peers in on them as they rapidly unravel. His other tricks of the trade include demonic red lighting, an unyielding pulsating soundtrack and disorienting upside-down POV shots that make the audience feel as anxious and uncomfortable as the characters on screen.

It certainly won’t be for everyone. To extend the drug metaphor, you’re likely to leave this film on a euphoric high or feeling like you’ve had a decisively bad trip. But either way, it’s hard not to at least appreciate the ferocity and unflinching