One trend in horror I’ve been especially happy to see is the resurgence of the 80s throwback style slasher. A subgenre that was long considered all but dead is enjoying a welcome revival, and it’s a refreshing return to the time of mindless fun, nonstop creative kills, excessive amounts of gore and old school practical effects. It’s a trend I hope continues, and helping support low budget indie slashers is a great way to ensure the future success of these kinds of films.

I recently wrote about the crowdfunding campaign for the indie horror Red Eye, which the filmmakers hope to begin production on later this year. Red Eye was co-written and produced by Destinie Orndoff, who will also be starring in the film. Destinie will also be starring in another indie slasher called Party Night, a film which is also currently crowdfunding on Kickstarter. 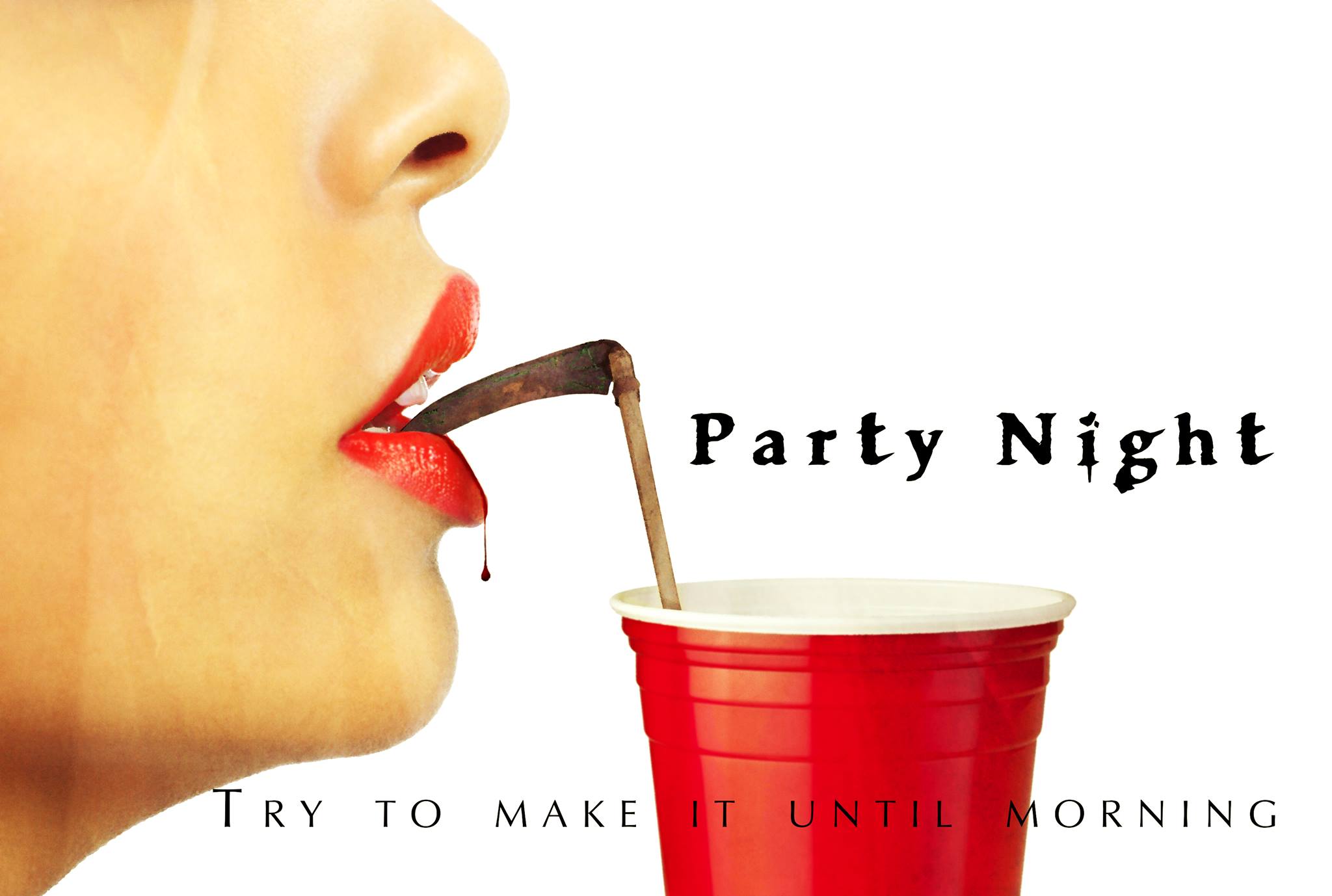 Party Night is being produced by Troy Escamilla and Renee K. Smith, in collaboration with Fright Meter Films, and will mark their debut feature film. Written by Escamilla, the film is being touted as a throwback 80s style slasher, inspired by films such as Prom Night and Hell Night.

“This film is truly a love letter to fans of genre. There are many references in the script that horror fans will grin widely at, but the film is still unique in its own right,” Escamilla states.

Escamilla is a true fan of the genre and passionate about horror. He runs the blog FrightMeter.com and founded the Fright Meter Awards,  which have grown in respect and popularity over the last few years with global backers that make up the over 50 member international Award Committee, including bloggers, writers, directors, producers, actors and fans in the horror genre.

He will be collaborating with other up-and-coming indie filmmakers, including Kevin Sommerfield of Slasher Studios,  who wrote and produced the sleeper hits Don’t Go to the Reunion and Dismembering Christmas.  Sommerfield is on board as a producer to lend his expertise on low budget independent filmmaking. Renee K. Smith, has experience as a playwright, producer, and director in the Houston area.

Escamilla promises to bring fans a slasher film that is truly dark and sinister—avoiding the self-aware, tongue-in-cheek approach to the subgenre that so many other recent films have taken. Judging from the creepy as hell teaser trailer below, which definitely piqued our interest, the filmmakers are on track to deliver on their promise.

Party Night is currently in full pre-production mode. But they need your help to raise the necessary funds to make this movie a reality. The campaign needs to raise $10, 500 by March 12th to complete production. As with all Kickstarter campaigns, the team only receives the funds if they reach their campaign goal. There are some amazing perks up for grabs, including advanced digital screenings, copies of the DVD and blu ray before anyone else can get them, signed scripts and posters, movie props, and even producer credits.