Inspired by memorable horror classics, “Reborn” is a compelling, well made, emotional rollercoaster of a tale about loss and vengeance. 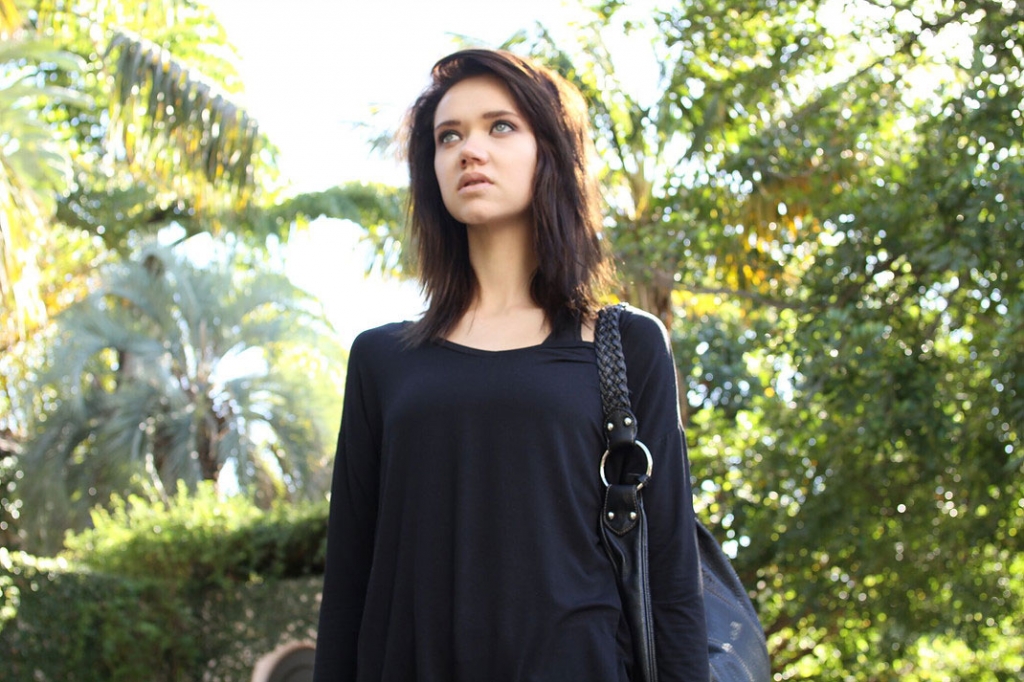 Reborn is a story of reanimation and electro kinetic powers, reminiscent of both Frankenstein and Stephen King’s Carrie. With some great horror veterans and a stellar performance of raging teen angst from newcomer Kayleigh Gilbert, this film, though not perfect, is a fascinating and fast-paced thrill ride. There are a lot of emotional moments throughout the film, and it is hard not to get caught up in it.

Going through a pregnancy and losing that baby would have to be the most devastating thing in the world. In director Julian Richards’ film Reborn, we see the emotional toll such a tragedy takes on a woman — and how she deals with the shock of finding out her daughter is alive!

The film begins with a stillborn baby being brought back to life in an electrical storm, in a scene very reminiscent of Frankenstein. 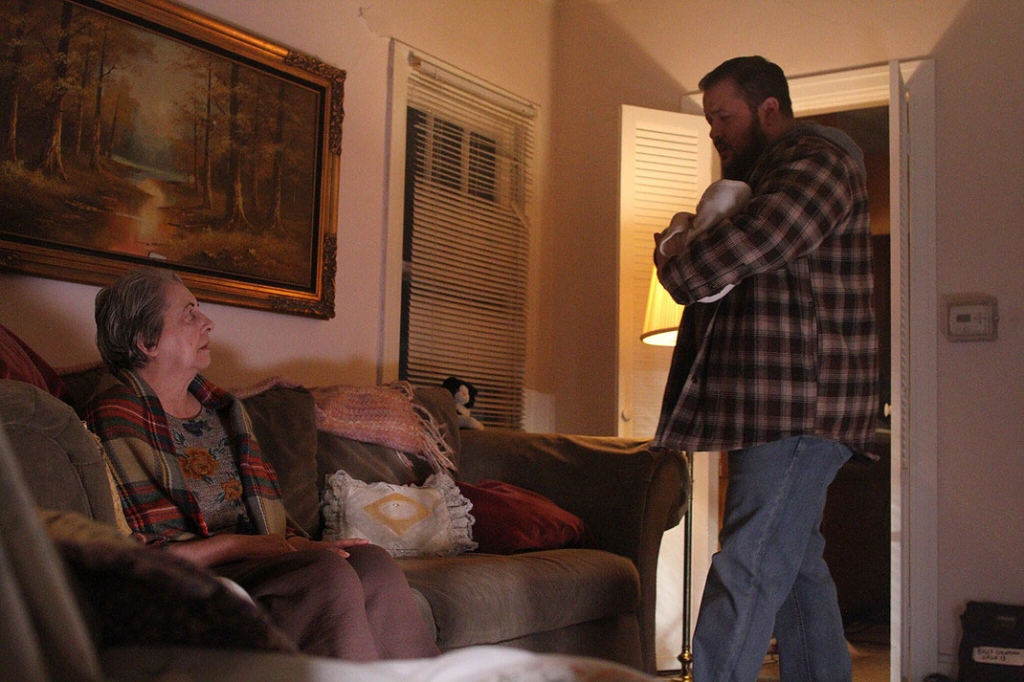 When discovered alive by a very creepy morgue attendant (Chaz Bono), he kidnaps the baby and takes her home to mom to keep for a baby sister, or something…ewww. Nice, right? But his mistake is to lock her up in a small room and keep her a prisoner for years.

On her 16th birthday, she discovers she has power over electricity. And in a very Stephen King Carrie sort of way, she literally blows him away and escapes. Her entire life she has been a prisoner, and now she is pissed off. She finds the hospital bracelet that was on her at birth and goes off looking for the mother who she thinks abandoned her.

Our young girl named Tess (Kayleigh Gilbert), loses no time in finding out her biological mother’s name and address, killing anyone who gets in her way or was involved. Her mother Lena O’Neil (Barbara Crampton) is an actress, whose career has been on a downward spiral for years. She now teaches acting classes at her house. She never got over losing the baby and has had nightmares ever since.

When Tess shows up, Lena thinks she is just a young actress coming to her class. But the connection is there, and she is drawn to her right from the beginning. Tess will do anything to get her mother’s attention and will take out anyone that prevents that.

Kayleigh Gilbert is the standout performer as Tess, and she is truly amazing. 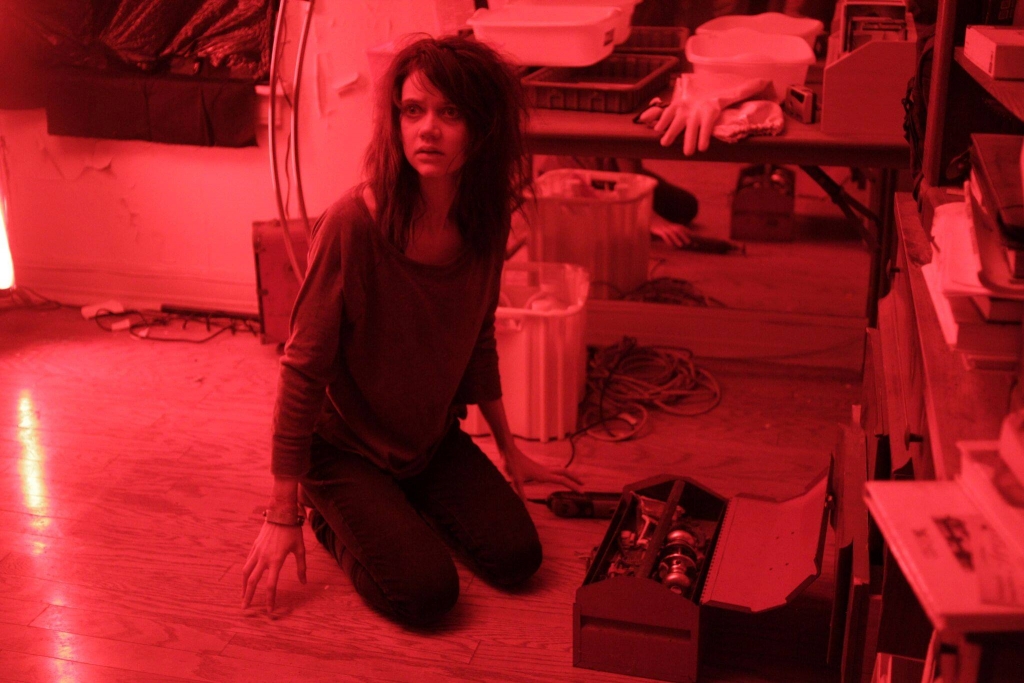 When she starts channeling her electro kinetic powers, and aims her beautiful silver eyes at the camera, I was enthralled. This young girl has the potential to be a great horror actress, and I hope to see her in more films!

Since Tess leaves bodies and destruction behind everywhere she goes, the police start to notice. And the investigation is taken over by LAPD Detective Marc Fox (Michael Paré), who seems to be a big fan of Lena O’Neil. He gets very involved in his work, and the two of them really hit it off. We have seen them work together before, last year in fact, as cops in Puppet Master: The Littlest Reich. 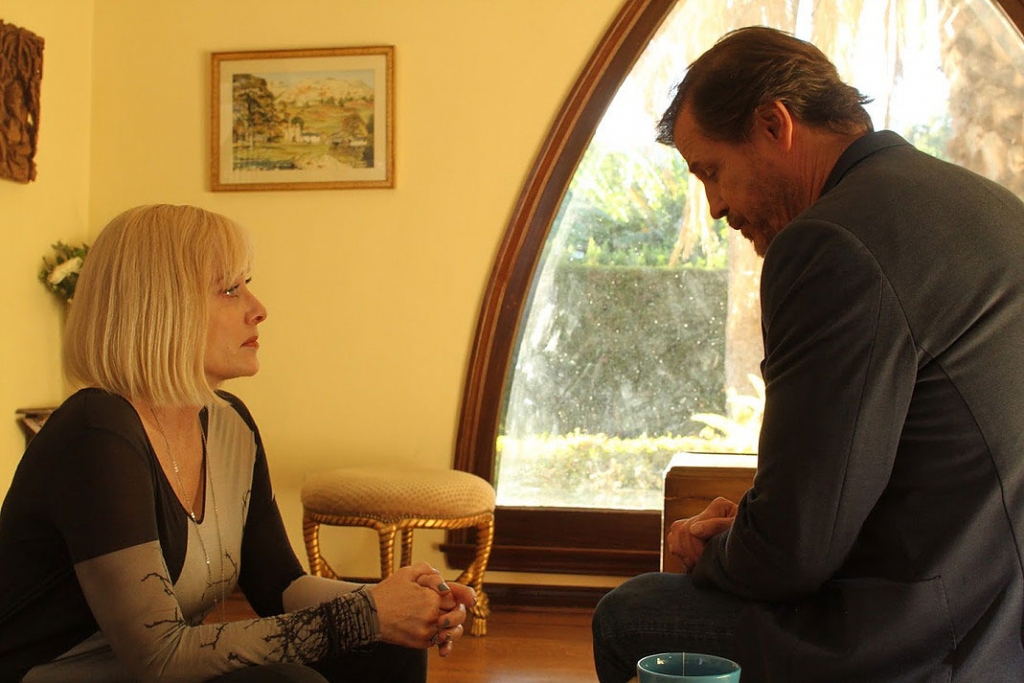 Together they were both very good, and it’s obvious this is not either of their first times in a horror film. Another veteran actress, Rae Dawn Chong, was also terrific as Lena’s agent. And it was fun to see a quick cameo with Peter Bogdanovich, too!

Reborn is a well-done film that is lots of fun, with some emotional moments.

It also boasts a terrific cast and some great SFX. And it is hard not to feel for both mother and daughter, who were separated at birth. You think how different their lives would be had it not been for this tragedy. I really felt bad at the conflict Lena went through when she understood how damaged her daughter really was. 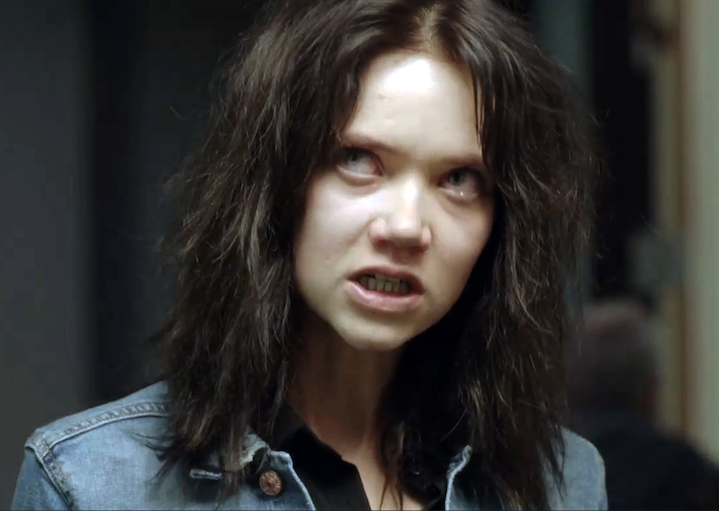 Reborn does have some imperfections, and its weakest moments were honestly in the script by Michael Mahin.

Nothing super new is brought to the table, but I enjoyed it. A fairly short film at around 80 minutes, it is edited beautifully, and things happen at a really quick pace. No sleeper moments here.

One of the death scenes was edited so well and happened so fast, that the guy in the seat next to me lost his breath and almost fell out of his chair when it happened! That was very entertaining!  (You’ll know it when you see it.) 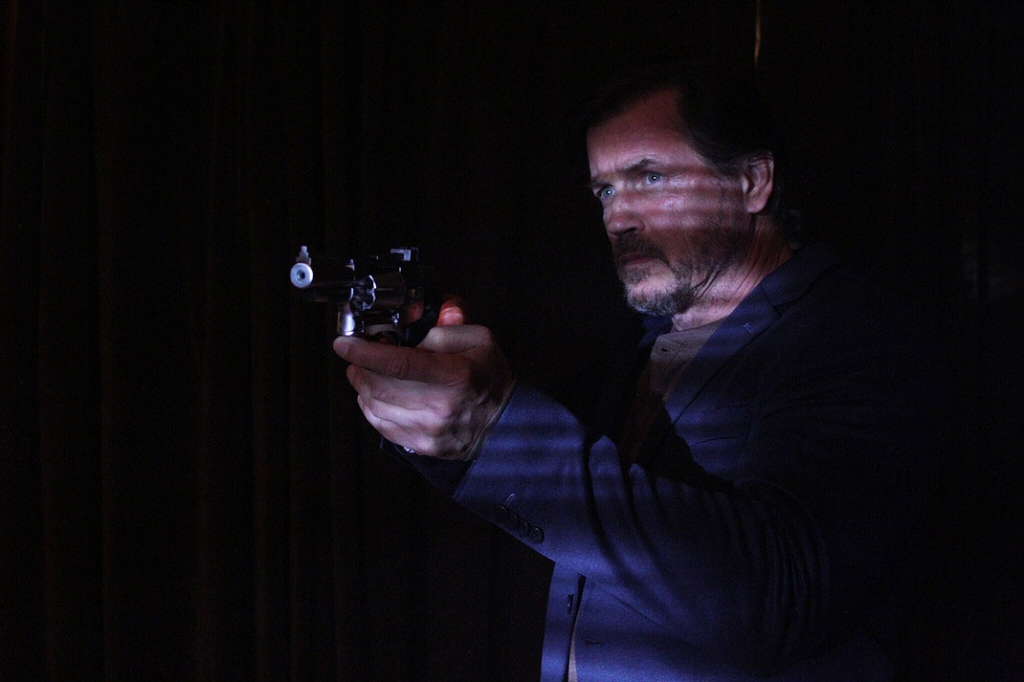 The very end has