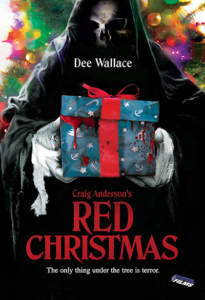 I am a huge fan of Dee Wallace. She has been in so many iconic Horror/Sci Fi flicks over the years like, The Hills Have Eyes, The Howling, E.T., Cujo and Critters just to name a few. Getting to meet her a few weeks ago at the Saturn Awards, and talk to her was a total fan girl moment for me! So, I was extremely excited to see her newest horror offering from down under titled Red Christmas.

Synopsis: In Red Christmas, Dee stars as a stressed-out mom of a squabbling family, gathered together in a remote outback, Australian estate on Christmas Eve. When a mysterious, deformed young man named Cletus appears at their door, things soon change from awkward insults to bloody, imaginatively orchestrated violence as she attempts to protect her family from the vengeful intruder. 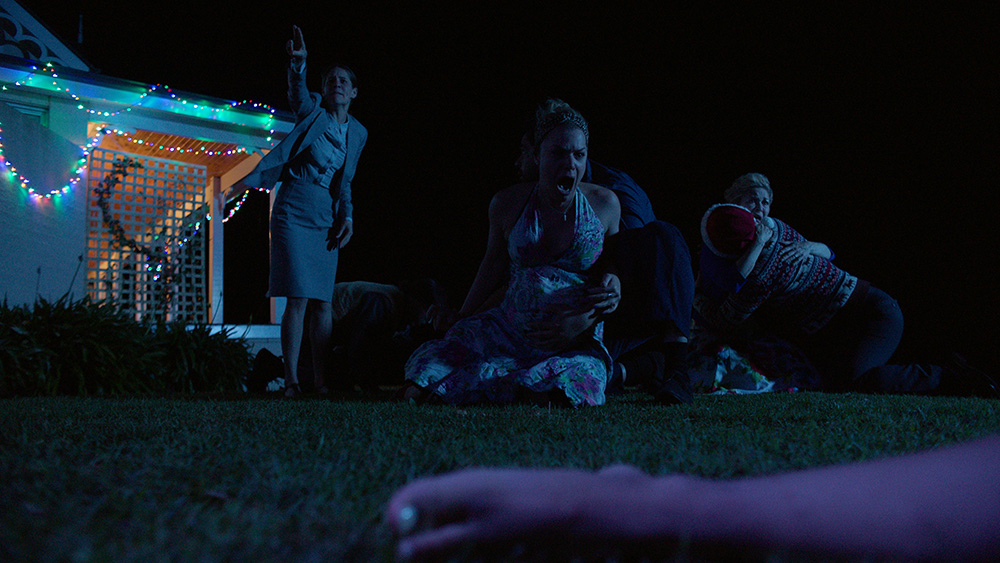 Veteran television director and actor Craig Anderson makes his feature debut with Red Christmas, combining the banal horror of family gatherings with the issues of abortion, feminism, ethics, religion and privacy, with a blood-splattered twist on what happens when secrets refuse to stay dead.

This movie runs the gambit — from comedy, crazy over-the-top gore — and includes the controversial subject of abortion to take this movie to new horror heights (or lows depending on what side of the fence you are on.) 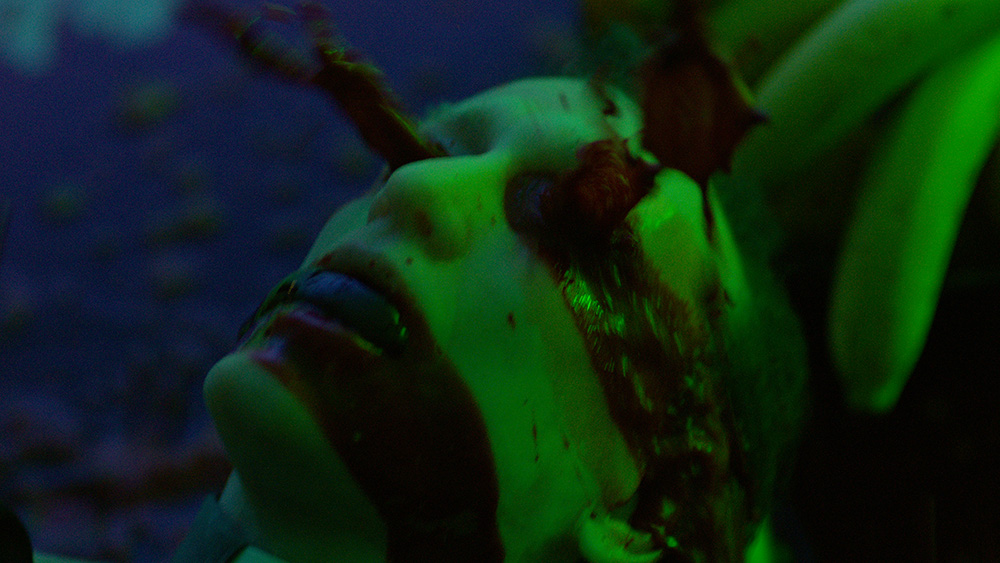 Now, I enjoy gore as much as the next true horror fan, but I admit this subject matter was a bit over the top — even for me. Not to say the film was too gory, it really wasn’t that bad. Most shots pulled away before the real gore could be seen and there were some amazingly creative deaths, which I loved. But abortion is a difficult thing to bring to the screen. Since people are so completely divided on the subject, it makes it a terribly controversial subject. Essentially, this becomes an exploitation movie without the nudity, and a totally bloody political nightmare. 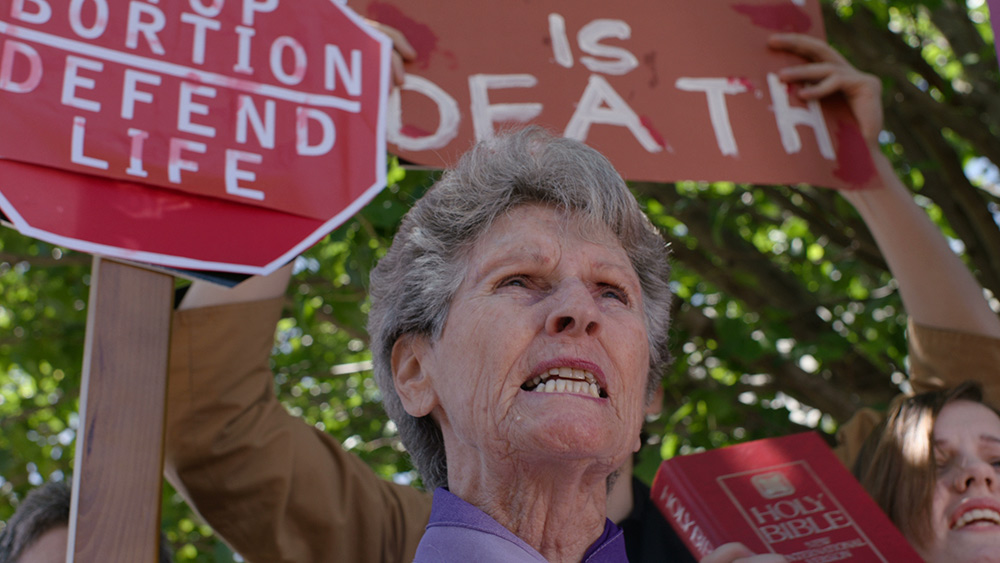 That being said, I still enjoyed the movie, despite my distaste for the underlying subject. Our strange visitor Cletus has some crazy mommy abandonment issues, and he isn’t there to wish them a Happy Christmas. This is jealousy and revenge as its worst, and when you see him you will understand why. Once the killing begins, the movie becomes the slasher film that it is, and as a horror fan I couldn’t help but enjoy it.

Dee Wallace gives an amazing performance as Diane, and a very physical one. 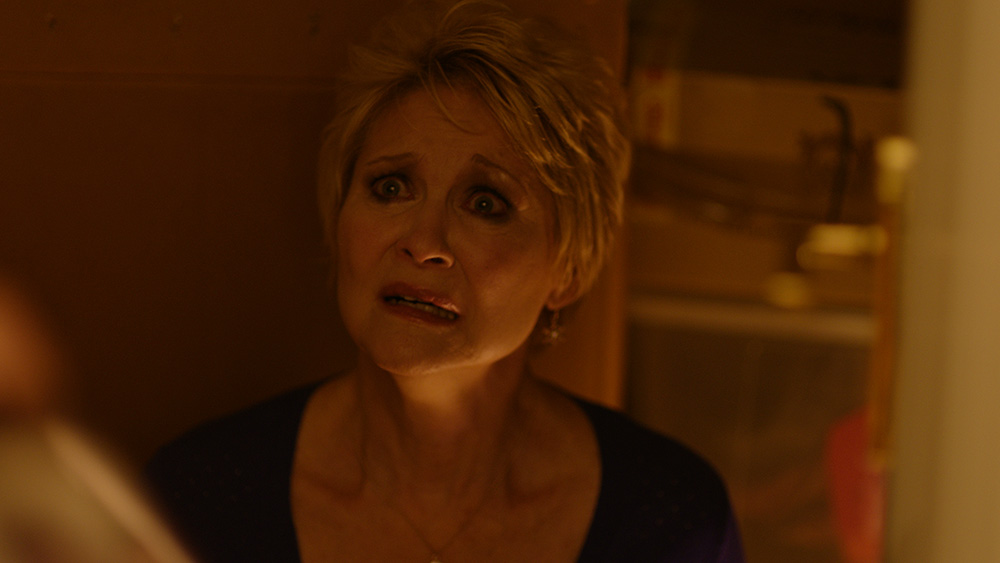 Wallace told me when I interviewed her that she wasn’t sure she could do it, but she was determined to try. She was awesome as always. Going from perfect mom to kamikaze killer, she does her best to protect her family. Not that she’s very successful (there were a lot of dead bodies), but she tried very hard!

As an actress, Wallace really gets to play every emotion in the book in Red Christmas! She starts out calm and collect, screams a lot, goes through terrible guilt, pulls it together and becomes a full-fledged hero right to the very end of the movie. 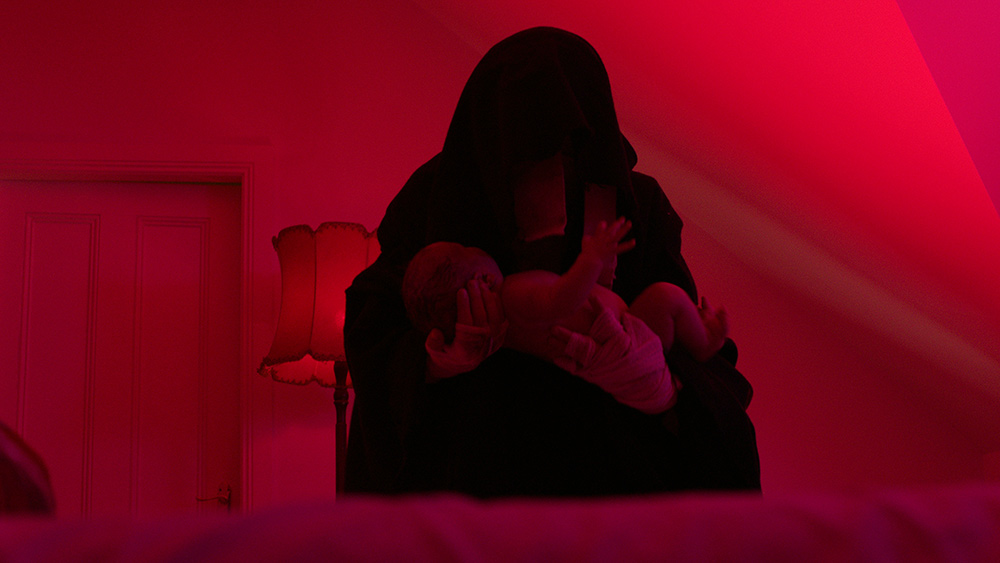 The film doesn’t really take itself too seriously. It’s a twisted family reunion, a dark family drama and, due to the Christmas decorations at night, a very colorful movie!

Sharing more, seems like too much spoiling; see it for yourself and decide what you think. Red Christmas will come to limited theaters at the end of summer, but no actual info on the release date is available now. Check out their Facebook page for more info.