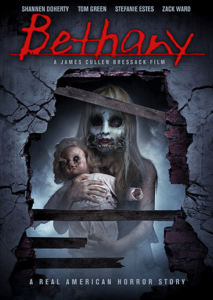 Directed by James Cullen Bressack, Bethany tells the disturbing story of Claire (Stefanie Estes), an emotionally-troubled woman who returns to her childhood home with her husband (Zack Ward, who also co-wrote the script with Bressack) and discovers a bounty of horrific memories waiting for her there.

At times dream-like and surreal, the movie presents to the viewer a number of chilling and memorable scenes that drive toward a staggering climax.

Claire’s move back to her childhood home is prompted by the death of her mother (Shannen Doherty). While husband Aaron views the move as an opportunity for a fresh start and financial gain, Claire is soon traumatized by memories from a past that she can’t escape. Her mother may as well be alive, for she appears repeatedly in Claire’s thoughts and nightmares, peeling back the layers of an abusive childhood involving beauty pageants and revealing dark secrets about an imaginary friend from long ago.

Doherty plays the mother, Susan, with an icy vindictiveness that brings to mind Barbara Hershey’s terrifying matron in Black Swan (2010), while comedian Tom Green appears as Dr. Brown, the couple’s well-intentioned therapist. Green makes a confident turn as a serious character who seems genuinely interested in the matters that plague Claire and in helping the couple rediscover peace and their love for one another. The performances in the film are strong and consistent, and Bressack and Ward’s script remains taut throughout.

Though there are many strengths to the film, the highlights come in the form of its haunting imagery. 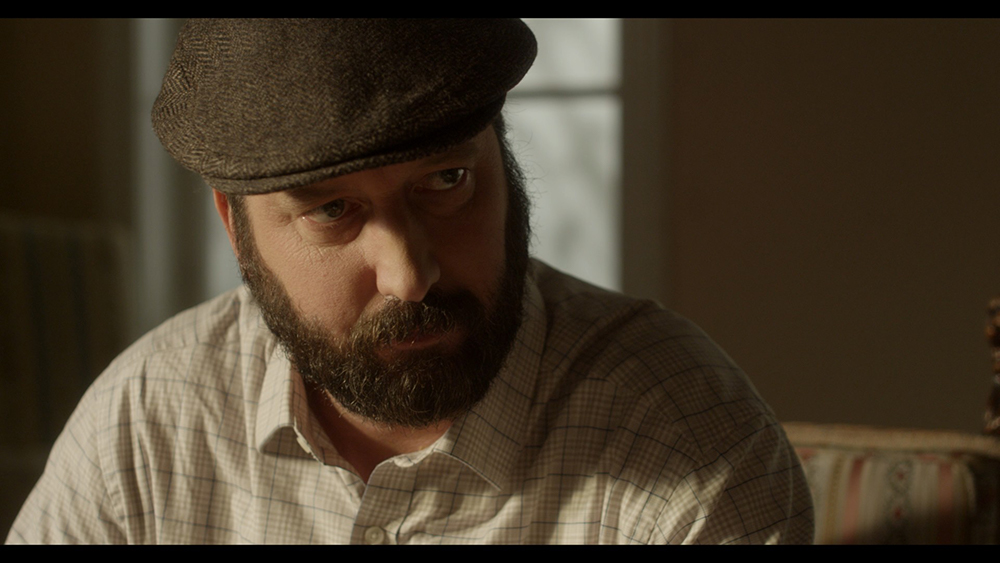 Bethany features many mind-numbing scenes of body horror and mental distress, each one digging deeper into Claire’s crumbling psyche. Like the aforementioned Black Swan, several sequences take place in front of a mirror, an opportunity for director Bressack and cinematographer John DeFazio to capture the duality between the heroine’s painful childhood and her struggle as an adult to heal her psychological wounds.

As the imaginary friend from Claire’s childhood begins to take on a greater role in the present-day, Claire must bond with her husband in order to finally put her tragic past to rest. Her effort to do so makes for a moving and somber conclusion that relies effectively on pathos more than it does on bloodshed or violence. Bressack’s is a horror film with a heartfelt core, and it treats the subject matter of the protagonist’s pain with striking and vivid attention to detail. 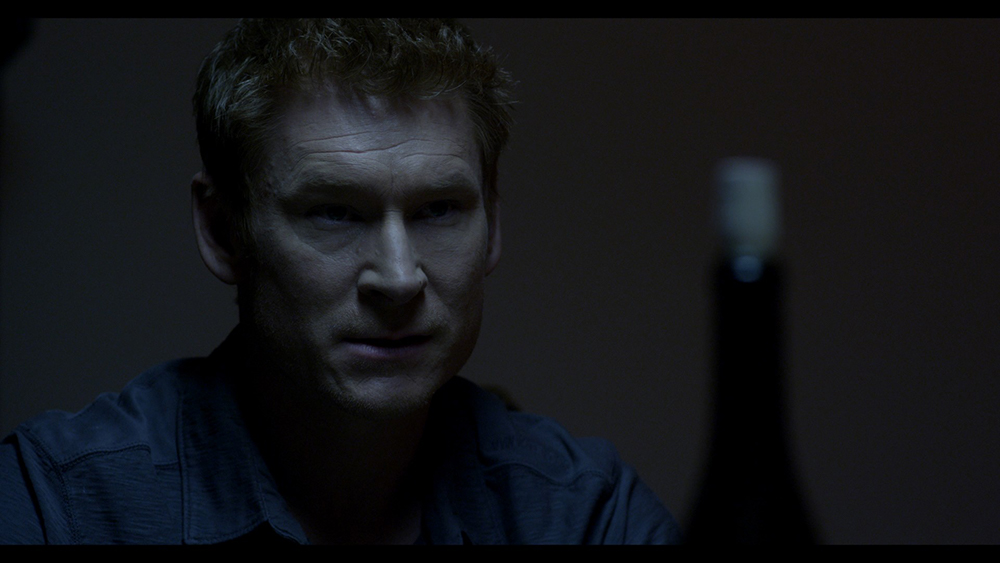 While Bethany may wander in and out of surreality a bit too often, it tells a sharp and lean story and offers more than its share of disturbing moments. The hallucinatory episodes and delusional imagery of the film will remain with audiences long after the end credits roll.

Bethany will be released theatrically and On Demand on April 7, 2017, via Uncork’d Entertainment.