A tense and gripping thriller with strong characters and outstanding performances, Netflix’s “Bird Box” has everyone talking — for good reason. 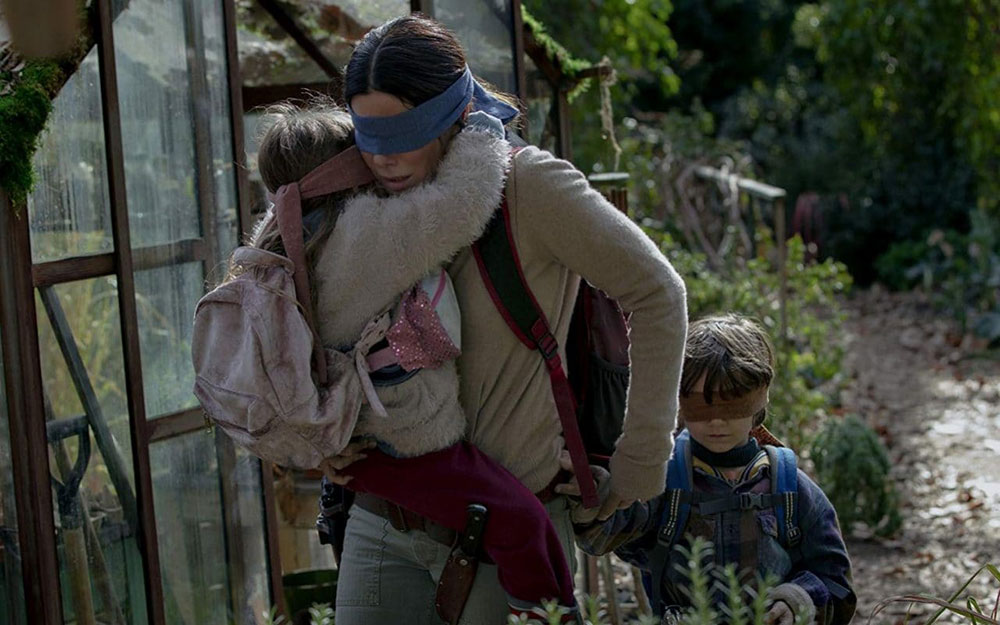 Susanne Bier’s Bird Box has taken the world (and the Internet) by storm, raising the audience’s expectations for the dystopian horror film. However, the Golden Globe and Oscar Winning Director exceeds said expectations, ensuring that the audience is gifted with a new and terrifying addition to Netflix’s collection of horror films.

After the world is consumed by an invisible race of monsters, a band of survivors lock themselves inside a suburban house as the human race is progressively wiped out. Their sight is their worst enemy as the monsters, upon being seen, produce the victim’s worse fear before the said victim is compelled to immediately commit suicide.

After five years in hiding, Mallorie (Sandra Bullock) takes a horrifying journey with her two children to a rumored safe haven. However, the journey requires her and children to be blindfolded while navigating the cruel elements — and also while facing the beasts that threaten their lives.

The characters in this film — both the lead and supporting cast — are among the film’s strongest assets. The characters were diverse, and none ever blended into the background, with each having their own purpose among the group.

Douglas is a continued source of tension among the survivors as the self-conceded and non-empathetic outlier. This is thanks to John Malkovich’s vivid and intense performance that ensures that Douglas is the perfect character for the audience to hate (in a good way). In contrast to Douglas, Tom presents himself as the level-headed and caring leader of the group, a performance Trevante Rhodes carries with an effortless grace — giving the viewers and the other characters light amongst the darkness. 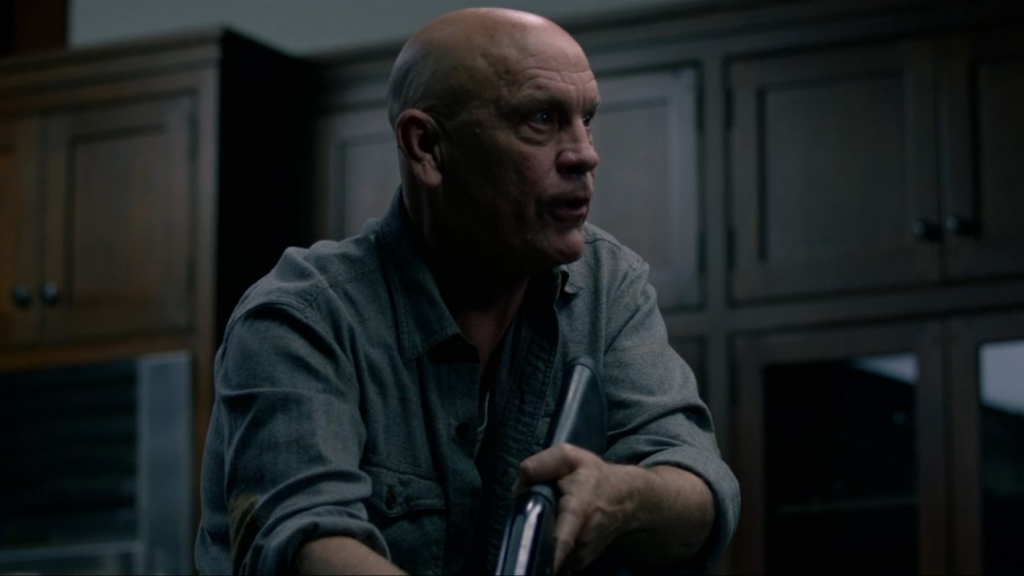 Mallorie, on the other hand, is a difficult and complex character that is more caring than Douglas but isn’t as hopeful and warm as Tom. She is clever and inventive in her survival methods, such as using wire and string to trace her steps through new environments and using the birds to check when the monsters are near.

Mallorie’s journey through the dystopian world is very much a metaphor for her fear of motherhood, with the trip with the children reflecting her turning point from a cold-hearted and determined survivor to a patient and loving mother. 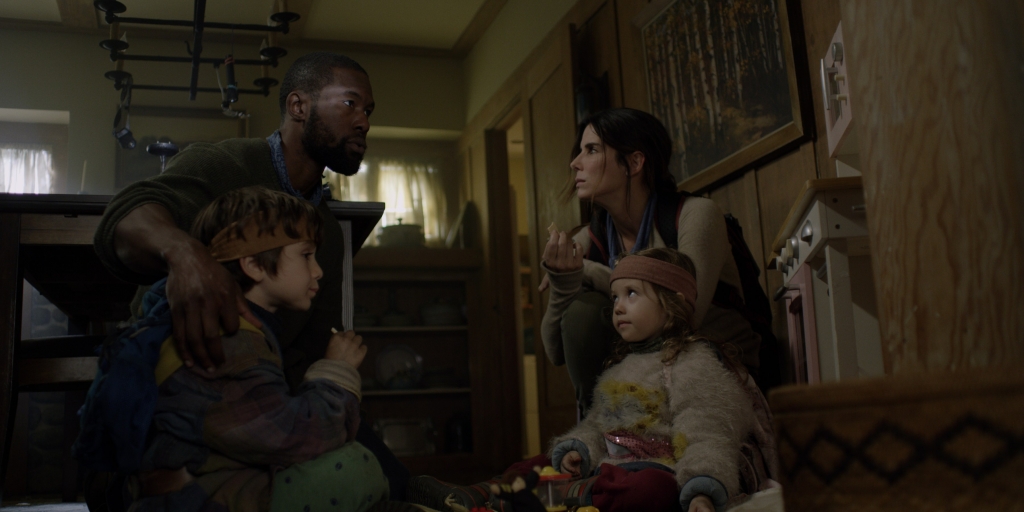 Bullock relays her character’s struggles with a vivid emotion that pulls the audience through the screen and directly into the boat with her. Her relatable protectiveness of the children and her desperation to survive allows for a look past her cold exterior and into the mind of a frightened and torn human being.

The journey from the suburbs to the supposed safe haven itself also applies more tension and mystery to the past narrative, as the audience attempts to fill in the gaps of what happened to Mallorie and the survivors between the two settings. The switch between these two storylines is additionally well paced, and the journey itself is horrific, as Mallorie is forced to battle the elements blindfolded while also protecting her vulnerable and helpless children. 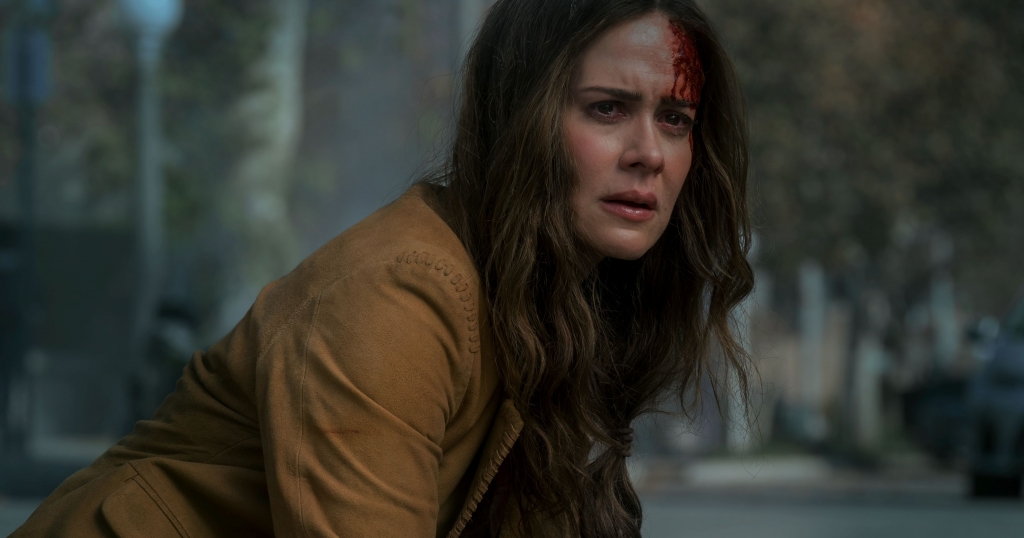 Each scene places the trio in danger, while giving tiny hints to what had/is about to occur in the past timeline — capitalizing on Mallorie’s many weaknesses and disadvantages against the monsters.

Bird Box deserves the hype the Internet has bestowed upon it.

With a colorful cast of characters, impeccable and consistent acting, a unique storyline, productive delivery and scenes that send chills down the viewer’s spine, Netflix has a tremendous and well deserved hit on its hands.