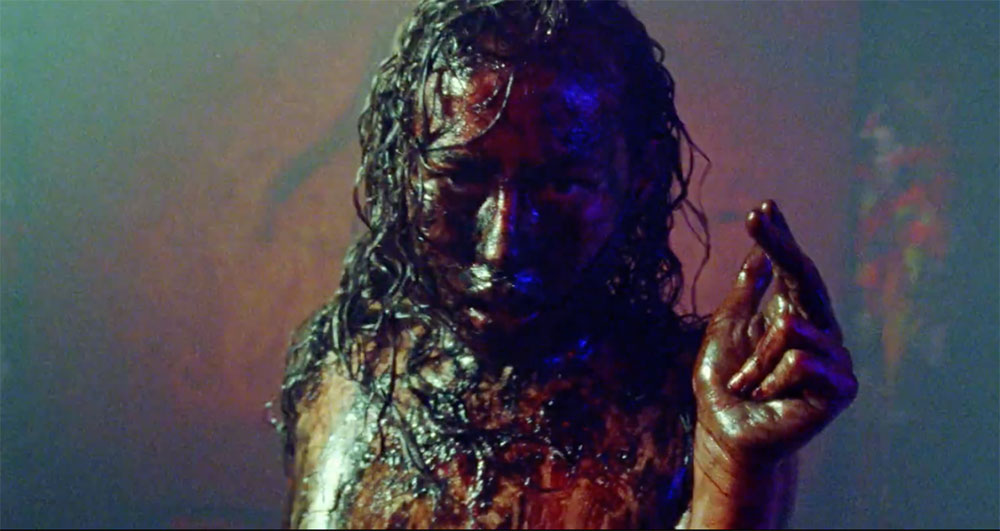 Drugs, blood, and artistic desperation meet violently in Joe Begos’s punk rock vampire film Bliss. High art has a high body count when it comes to this flick, and those that have an affection for vampires and indie horror are sure to be extremely delighted with this unique offering. There’s a marriage of carnage as well as intellectual deepness to be found here in Begos’s third feature.

Bliss follows young artist Dezzy as she turns to drugs as a way to get past a creative block that threatens to derail everything that she has worked hard for. As Dezzy’s life descends into a whirl of sex, violence, and blackouts, her motivation and inspiration surges and allows her to work on her art. In the midst of her hazy nights and days and creative uptick, she discovers that she might not be entirely human anymore. Driven to the brink of unbelievable recklessness, Dezzy strives to finish her piece that is close to being her magnum opus. 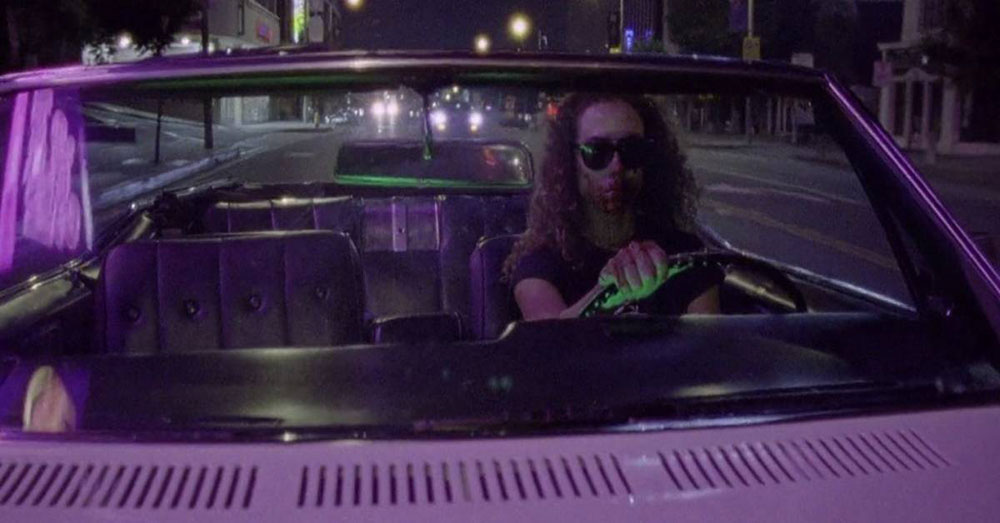 Bliss’s plot is simple, but layered with astute allegory and dizzying visuals.

There is a lot to be said about creativity, demands, expectations, and how creatives can self-destruct in the name of creating.

Dezzy’s manager constantly puts pressure on her, even dropping her as a means to attempt to drag her out of the depths of her creative low point. Whether it be her nagging manager, snotty gallery owners, or sexual entanglements, everyone wants something from Dezzy. At her core, Dezzy is a person who gives off frenetic energy. She crackles with electricity and bursts at the seams with distress over her abysmal financial situation due to her lack of producing art.

It’s her forlorn situation that leads her to the doorstep of her drug dealer friend in search of a high that will give her the vigor she needs to create. This is how she crosses paths with the mysterious Courtney and her lover Ronnie, who are all too eager to eat Dezzy up in one fashion or another, adding to her already hectic existence. What she thinks is a craving for more drugs turns into a craving for blood. 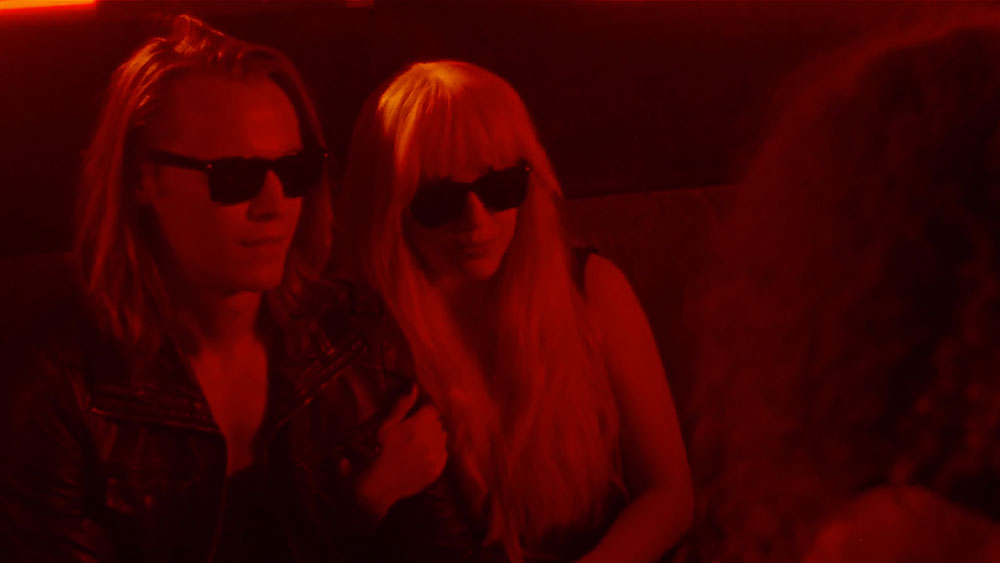 The film operates on the principal that a film’s characters do not have to be likable.

It’s a bold statement considering that a good deal of films and filmmakers strive to create a thoroughly—and sometimes even unrealistically—likable cast of characters.

The idea that all characters have to be likable is of course an absurd one, and some of the most profound pieces of media are based around characters that aren’t people you would like in real life or even associate with. A great deal of people in real life aren’t likable. Dezzy’s not you typically written woman because she goes against the likability principal that has been so heavily instilled when it comes to characters, especially female ones.

She’s rude, messy, and hateful. And therein lies what makes her interesting. She’s the antithesis of the movie norm, which shows a great deal of daring on Begos’s part. Bliss proves that you can have an interesting premise and characters despite those characters not being 100% likable.

Dora Madison Burge’s Dezzy is the centerpiece of the film.

The role is exhausting and physical, but she goes all in with it and doesn’t skimp one bit. She manages to embody all of Dezzy’s bad habits and hectic ways in such a seamless performance. The rest of the film presents an extremely capable cast, but the focus is primarily on Dezzy. And Burge’s acting is some of the most memorable content in the film.

Begos has a flair for creating some stark originality with his vampires in the film. He’s not interested in creating the clean and sensuous kills like most in the subgenre are. He goes for the pure ravenous and depraved sort of vampiric frenzy. Nothing is off limits, and anything and everything can be bitten in Bliss.

It makes for an interesting watch and will surely please horror fans who have a deep affection for gory and imaginative kills. In fact, the vampire attacks might be my favorite parts of the film because of the sheer unpredictability that they bring to the mix. 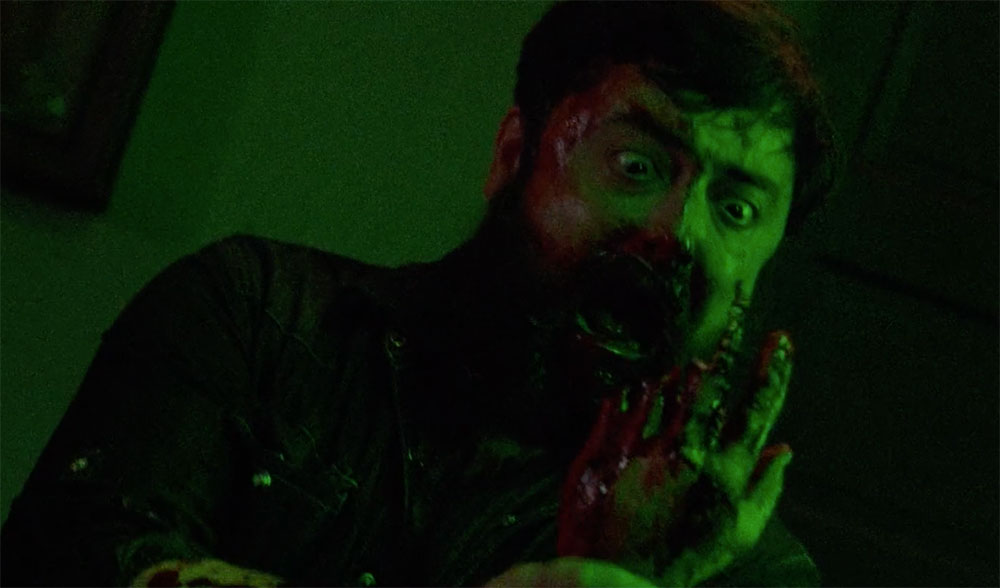 Technically speaking, the film is lovely.

The spectacle is a neon-soaked drug trip in and of itself, and the film is better for it.

The score tempers it all with a hybrid of metal and punk that beautifully accentuates the Dezzy and the plot. It’s a blood drenched rave of unconventional violence and glow stick like lighting. The visuals create a visceral experience that evokes the emotional impact of BLISS. It’s most certainly an aesthetically pleasing movie. 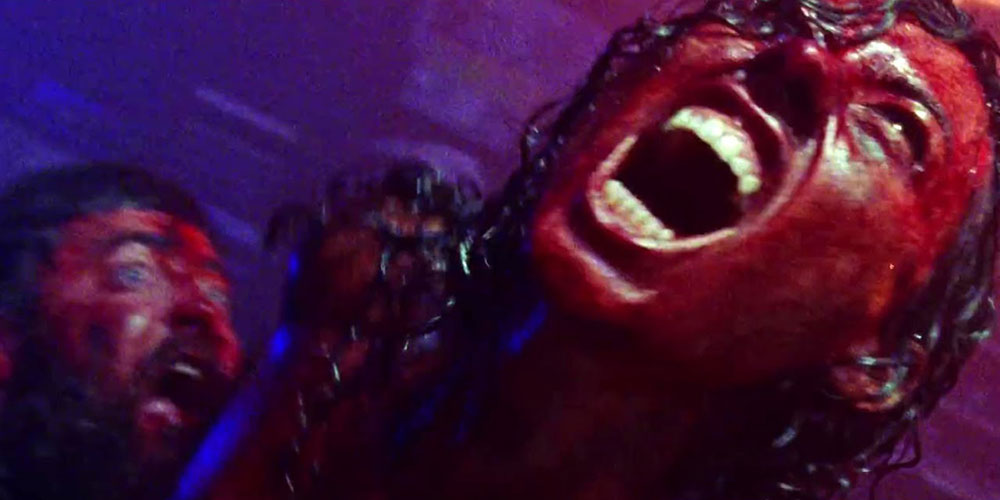 The only drawbacks that I can find with the film is the runtime. The runtime feels almost too short for the material that the film is dealing with. I realize that not all horror will be a whole slow burn affair, but some films would benefit from a bit of slowness.

I’d have liked to have had more time with Dezzy in all her self-destructive glory and gotten to know her better as a character ,because she is interesting and Burge is so enjoyable to watch. I think that this would have made the stakes (pun intended) for the film even higher and the end even more affecting.

Bliss comes to theaters and VOD this Friday, September 27, 2019, from Dark Sky Films.