“The Cutlass” is a terrifyingly real thriller with stellar performances and excellent cinematography that will keep you guessing until the end. 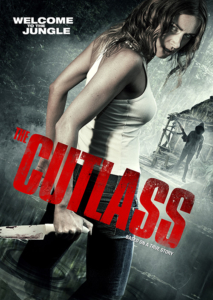 Inspired by true events, The Cutlass (Darisha J. Beresford, 2017) follows a young woman who is taken hostage by a dangerous sociopath while at a party. Joanna (Lesa-Bel Hirschmann) is dragged into the tropical wilderness by her captor, Al (Arnold Goindhan) and must fight physically and emotionally to survive and make it back to her family.

The Cutlass comes to us from Trinidad and Tobago, and I have to say the scenery in this movie is damn beautiful. 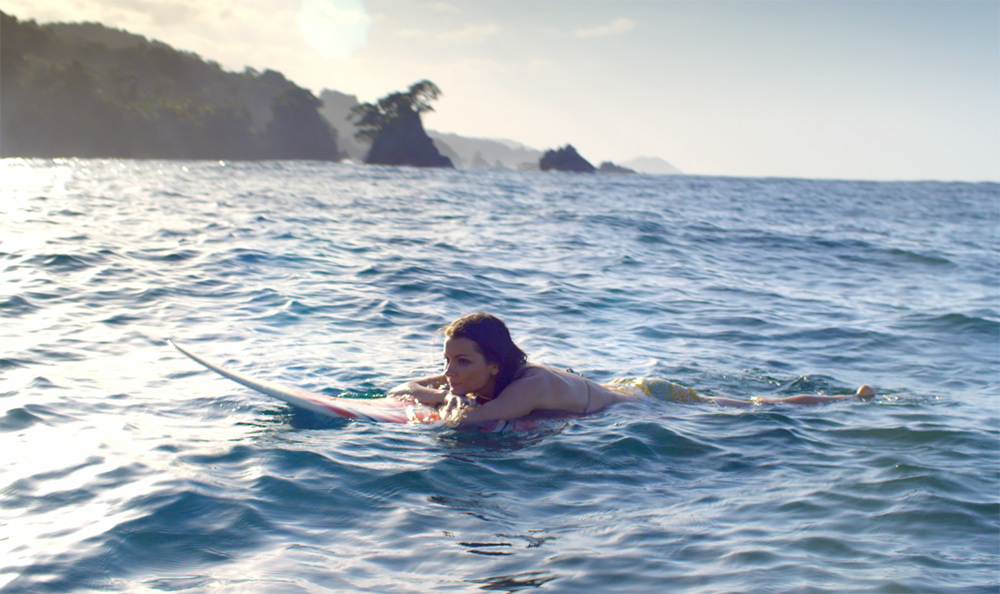 The opening credits of the film give us gorgeous aerial views of tropical trees and picturesque beaches, which makes it hard to believe anything bad could happen there. The beauty of the scenery contrasts intensely with the violence that Joanna faces after she is kidnapped.

While I couldn’t find any specific story that this movie was based on, it seems like Beresford and writer Teneille Newallo were inspired by rampant kidnappings happening in Trinidad and Tobago. 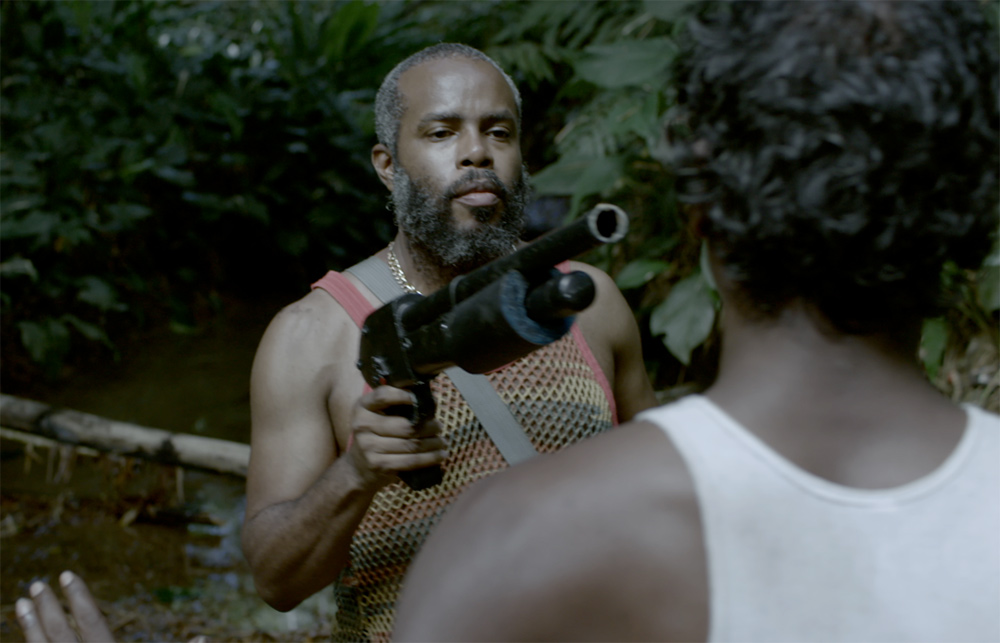 Goindhan gives a chilling performance as a man who has had a tough life, betrayed by his brother and pressured by Prowler (Conrad Parris), who he owes money to.  There is a coldness in Al’s demeanor that gives you the feeling that he has nothing to lose, making him a terrifying antagonist.

Hirschmann also gives a decent performance as Joanna, who is not only worried about her own life but her family. Al takes her hostage for ransom, believing she comes from money, but, all their money goes to Joanna’s father who is very sick. Joanna’s few attempts to run away are thwarted by Al who clearly knows the wilderness better than her. Meanwhile, Joanna periodically asks Al questions about his life, trying to figure him out. 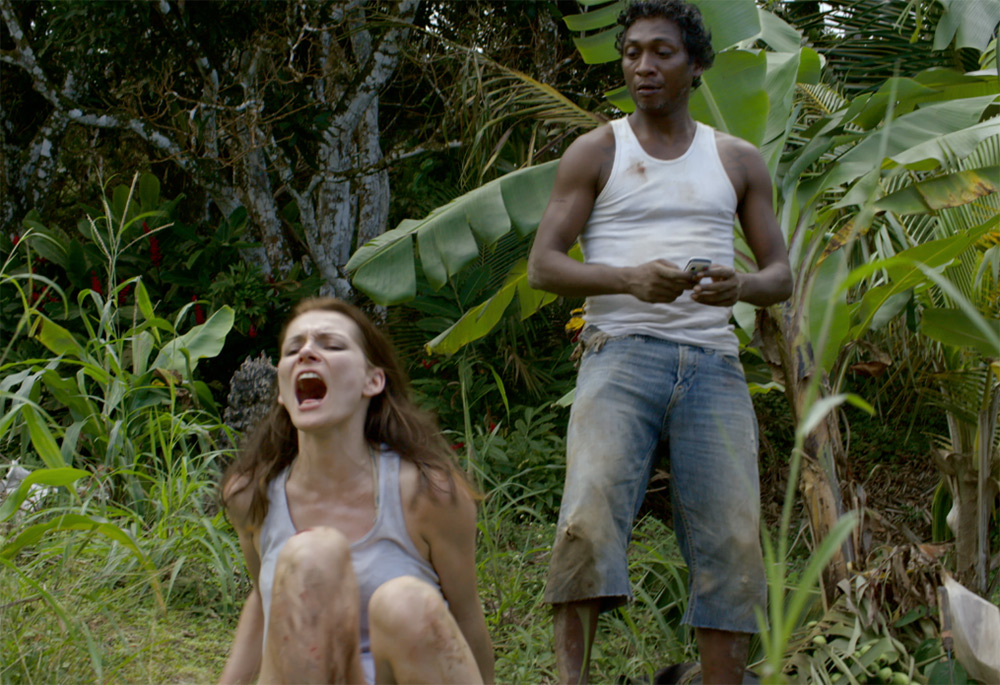 Tension is built in the slow reveal of Al’s motive for kidnapping Joanna, but Newallo keeps a horrifying air of mystery about Al with random acts of hostility and violence. At one terror-inducing point in the film, Al rapes Joanna, seemingly for no reason. This shows that neither the audience or Joanna, really don’t know what Al is thinking and that makes him even scarier.

My only complaint with this film is Joanna’s character. Throughout the film Joanna is helpless and passive; all she manages to do is ask Al questions and occasionally antagonize him. Ultimately, it’s the police and Joanna’s father who save her. 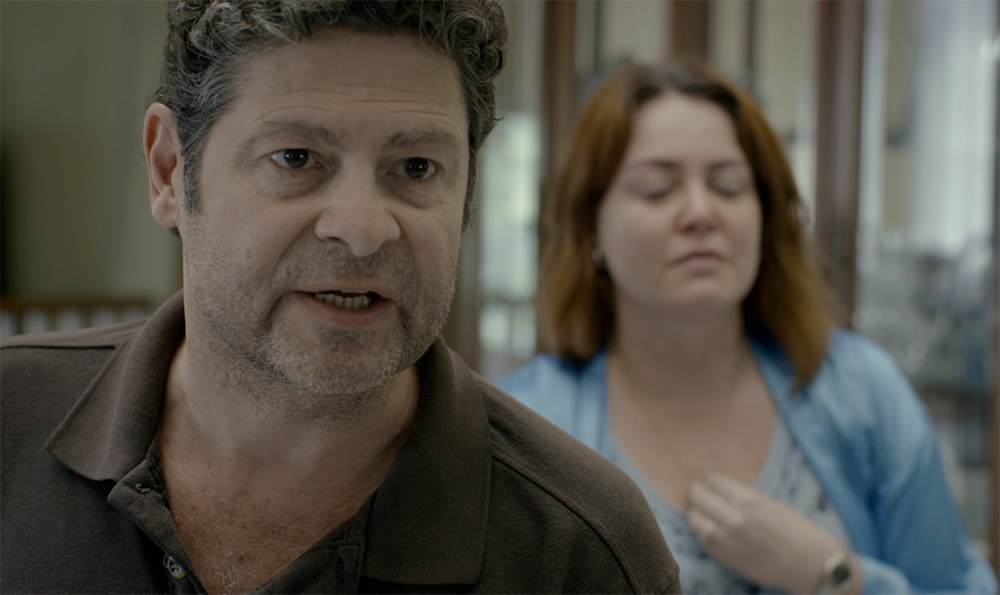 The film ends with Joanna driving off into the sunset, happy she’s alive, while Al is run down by the police. While this may have been more realistic, and probably closer to any true story this is based on, it provides no excitement in the film.

The climax of the movie is very underwhelming, but maybe I allowed myself to have some preconceived notions of the film from the promotional poster, where Joanna looks like she’s a complete badass. 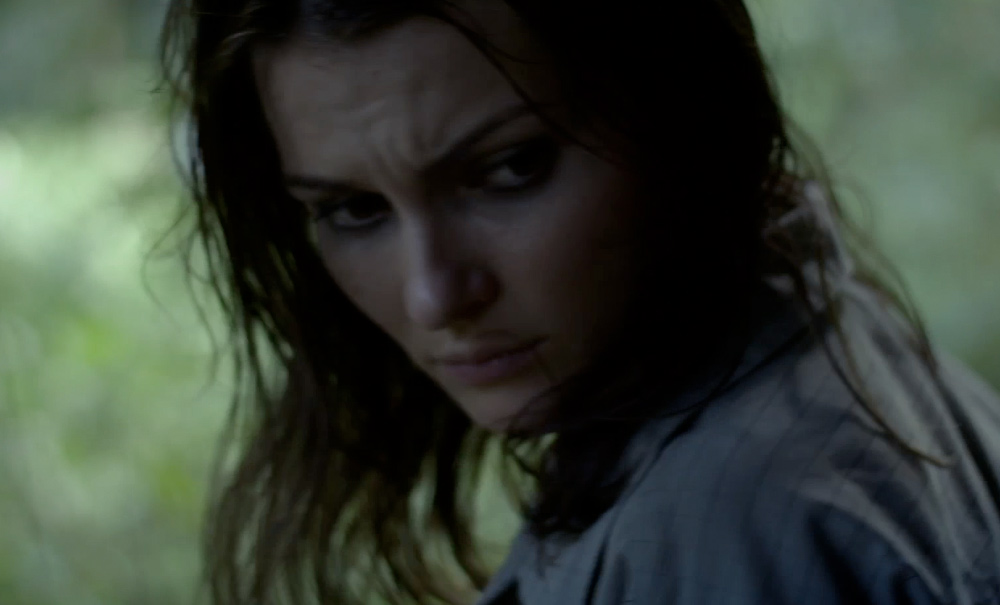 Overall, The Cutlass is a decent watch, and it’s worth even just one viewing. Despite any problems I had with Joanna as a character, Hirschmann delivers a solid performance and Goindhan is downright terrifying.

Beresford’s background in cinematography is made apparent in The Cutlass, every shot is well-lit, well-composed, and the setting is beautiful. If you have the chance to check out The Cutlass, then do!