From The Mortician’s Table: Public Speaking and FX For NC FilmSPARK 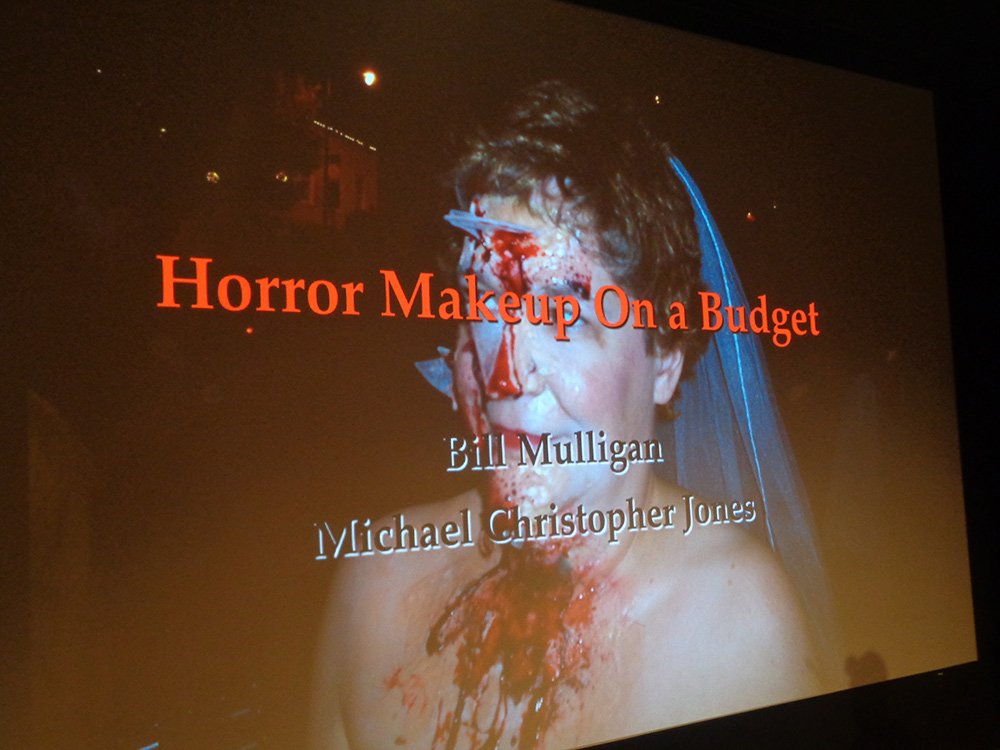 Talking with people about Special FX is what I do. It has always been a focus of mine whenever I interview directors, producers and actors/actresses in the genre — as well as being a big part of my personal life. In my youth (being 41 now), the internet did not exist.  If I wanted to learn how to make zombie make-up or see how guys like Tom Savini, Screamin’ Mad George, Rick Baker or Giannetto De Rossi did things, I had to watch their films, read magazines like Fangoria or (GASP!) check out books from the library. Once the internet came along, you were able to find a wealth of information on how all of these things were done

But we also have another way of learning these tricks of the trade: FX panels at film festivals and conventions. 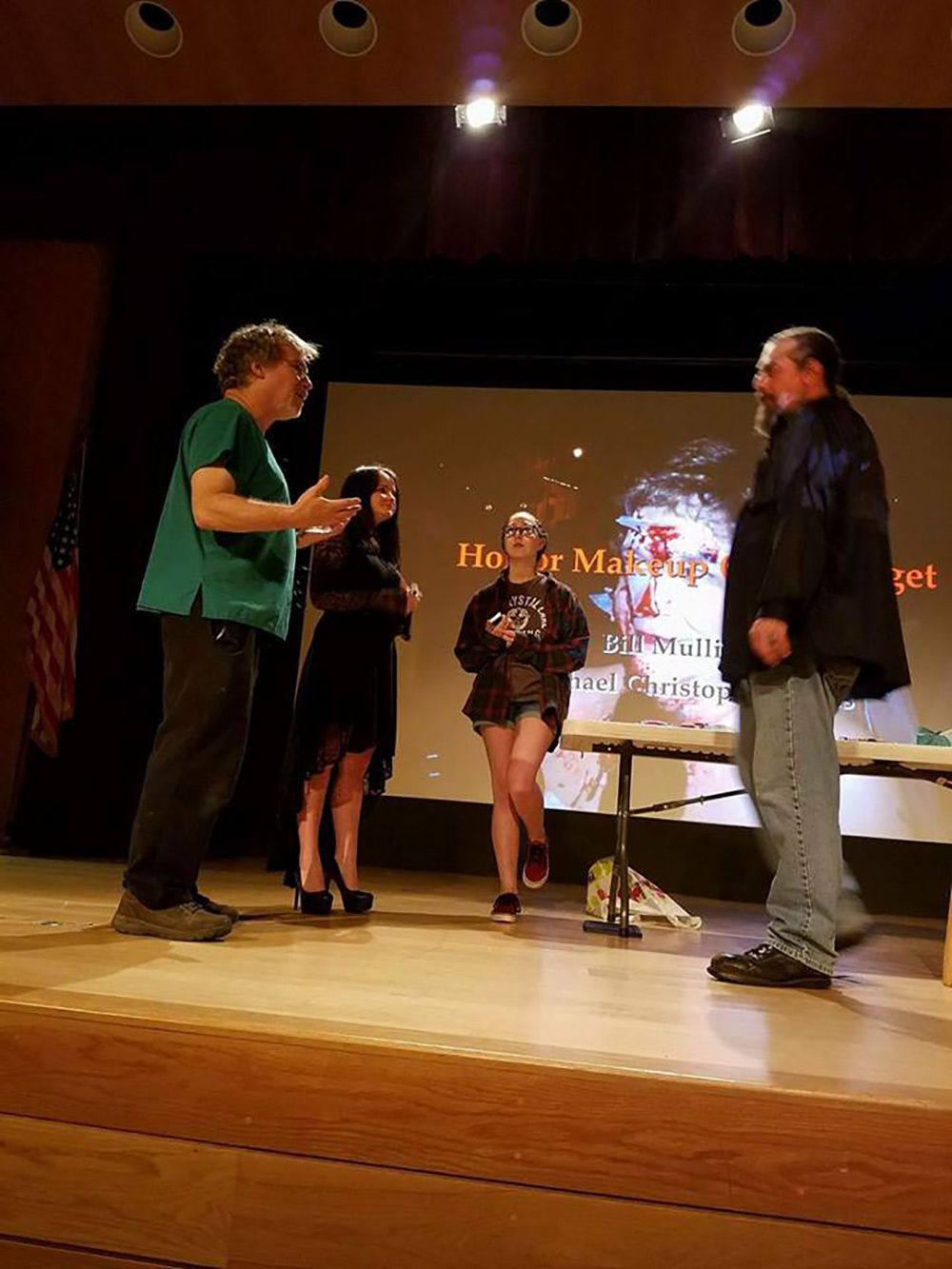 I was surprised when I was contacted by Robert Walters (one of the head honchos of FilmSPARK and a Raleigh NC native as well as the founder of trianglelife.tv. He also hosts/hosted several podcasts including Local Film Talk, Das Beer Show, and The Yardcast) to be part of a panel with my on again/off again FX partner Bill Mulligan.

Bill and I have worked on such films as The Forever Dead (2007), Z13: The Zombie Within (2007), and The Evil Woods (2007), as well as a few shorts. We also did a panel together at Animazement 2009. So “getting the band back together” was a welcome return to the past, as well as a chance to see if the magic was still there between us.

Once again, I tapped my talented young model, Kaitlyn Beasley, to be our model. We had a 45-minute panel in between film showings, so we mulled over our choices on what we could do within the time constraints, showing a quick and effective make up tutorial, while maintaining the interest of our audience. 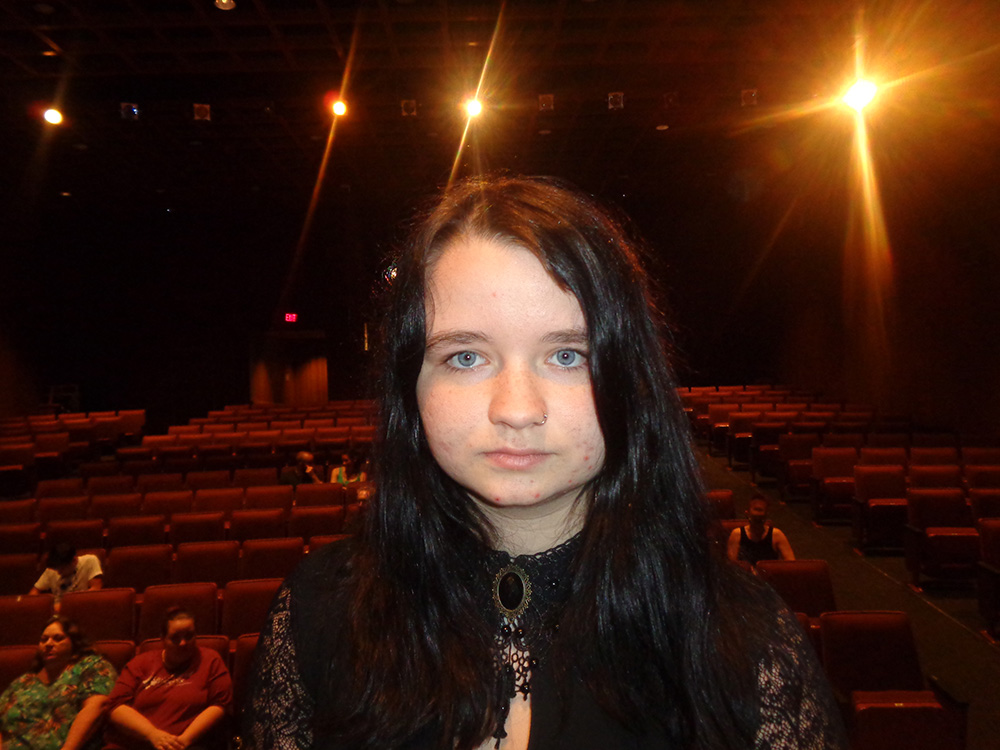 We decided to do a slide show that Bill would narrate, while I simulated a quicker version of my burn make-up from the past two weeks articles (1 and 2) here on Morbidly Beautiful. We would then switch places for a bit, where I would throw out a few FX tips and a bit of history on horror FX while Bill demonstrated how to use Mortician’s Wax and alcohol activated make-up (all while keeping up his running commentary to the slideshow). With that being the plan, Bill and I began to weave our stories and got to work.

The interesting aspect of doing a make-up panel in front of an audience while talking is how you have to approach it. Normally, when I do any kind of FX work, I typically just have myself, my model and my photographer there. I also usually fill the room with various types of death and black metal music, as the pace and content of the songs allows me to focus and draw on energy that otherwise remain untapped.  In this setting, I was not able to do that. 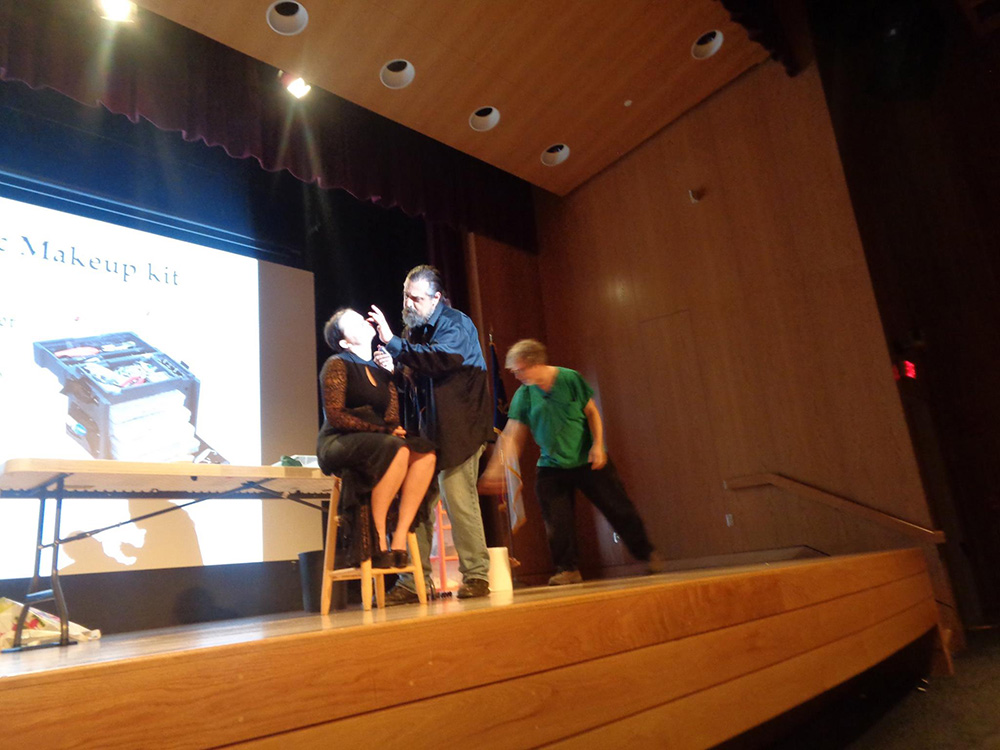 In addition, I usually do not talk while doing make-up, unless I’m giving direction to my model or photographer. But because I was on stage, I kind of played the comedic/one-liner guy while Bill talked in great length about how we made everything worked.  It was kind of funny to hear the audience groan and laugh at the slideshow and Bill’s comments while working, all while getting my jabs in.

The time came to switch places, so Bill began his demonstration with the Mortician’s Wax while I talked a bit about how people are surprised by how we use every day, common household items in our work.

The transition from doing make-up to talking to an audience is more draining than you might initially think because of the level of concentration you have to have while doing make-up. However, Bill has become quite skilled at this as he has certainly attended more conventions and panels that I have.  He’s also a school teacher, so he’s very used to public speaking.  For me, I am used to being more “off camera” doing the journalistic and podcast thing. But my background helped, as I was able to use my research skills to help with the history aspect of the presentation. 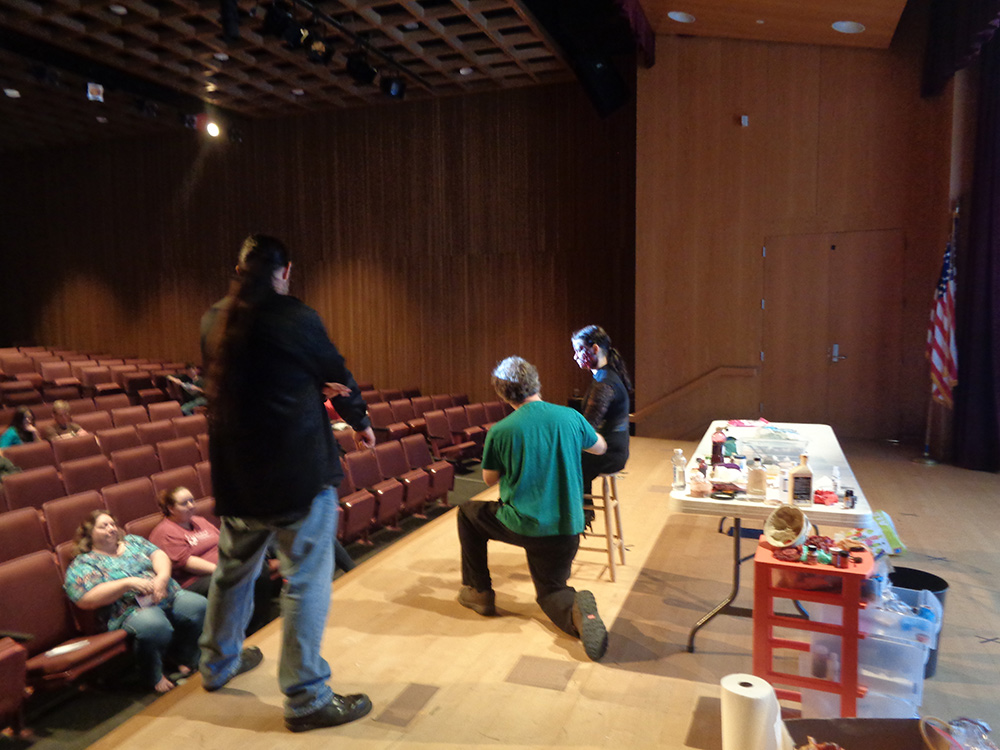 If you ever find yourself as a member of a FX panel audience, my advice is to be patient and attentive. Most heavy FX take much longer than what you would think to apply, and you are seeing them under lights and conditions that are not typical on a film set. Much like anyone who does plays, sings or does public speaking, it does take tremendous courage to get up in front of a roomful of people and spill the secrets to the trade that you do. I can honestly say that our audience was very gracious with their time and compliments, as we received cheers and applause at various times in our presentation.

If you are thinking of doing a presentation like this yourself, a few words of advice: the time goes by MUCH quicker than you would think. Bill and I felt like we were only on stage for 15 minutes before our time began to wind down. Make sure you practice your make-up effect several times before doing it on stage and be prepared for anything. Things like the heat of the overhead lights can completely change the dynamic of what you want to do (stage lights run hotter than you think, making your model sweat, which can change how things like adhesives and appliances stick to your model). 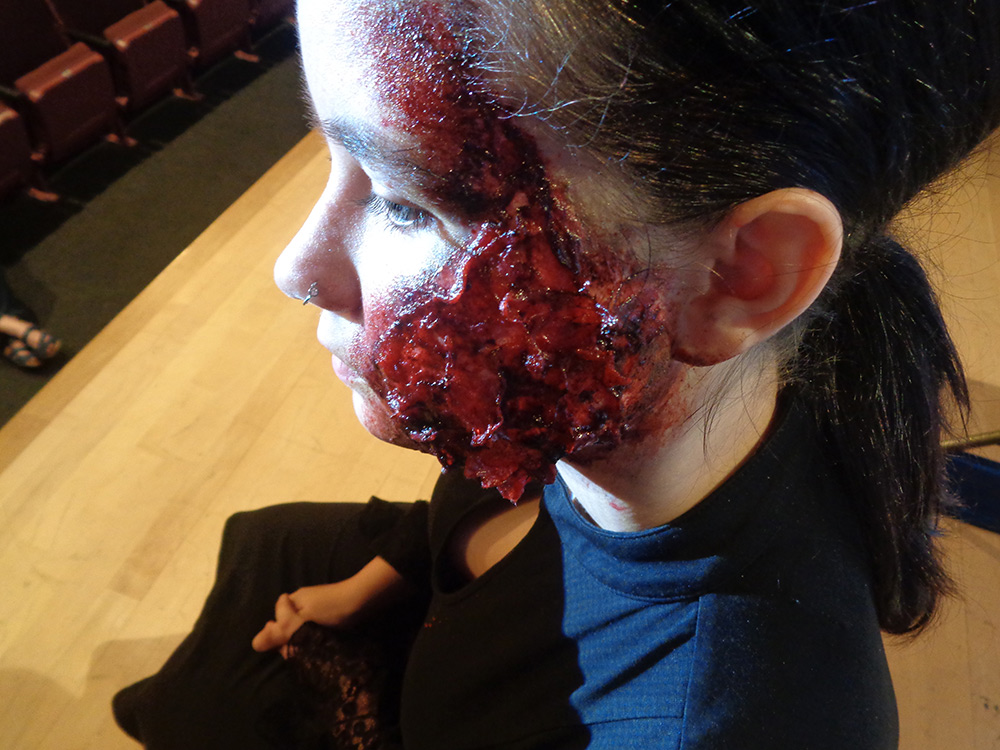 Overall, it was a powerful experience to be back with Bill and doing what we love to do.

It was an amazing honor to be invited to FilmSPARK and the History Museum of North Carolina to share the passion for horror and film that Bill and I share. It is times like that where we can see as indie film-makers how much genre fans appreciate what we do and the time and effort it takes to pull off some of the amazing things that our imaginations bring to us. The ability to take fans “behind the curtain” and show them the magic of how we do what we do is a very humbling experience, and we hope that it opens the eyes to anyone that wants to try and take this path as a career in film. 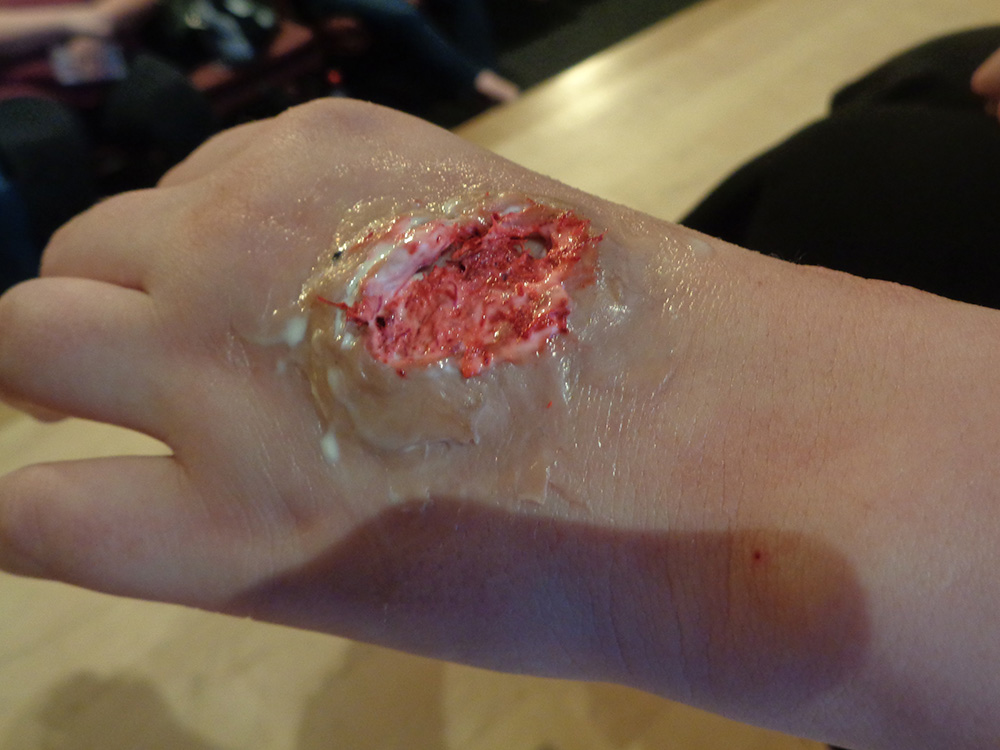 If anyone in the genre has never attended an event like this, I highly recommend you try it out and help spread the love for what you do. You may be surprised by how many people you influence and SPARK an interest in!

In the video below, The Dedman appears on Local Film Talk to discuss his FX film work, working with Bill Mulligan, the origins of The Calling Hours Horror Podcast and much more.

A little bit about FilmSpark: 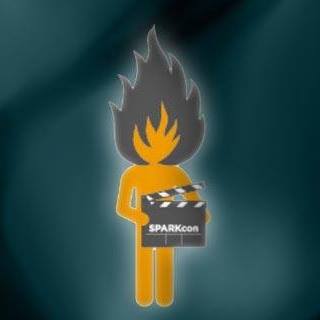 It’s an open-source, “FOR THE PEOPLE, BY THE PEOPLE” approach with an intentionally dynamic focus.

“Each year, SPARKcon features more than 2,000 artists in 200+ events. Each segment of the creative community plans their own “SPARKs” to showcase their talent. SPARKcon’s goal is to connect and educate emerging, creative leaders through training, interdisciplinary collaboration, and an open source structure leading to the creation of a unique four-day creativity explosion in Downtown Raleigh. Each category, or group of activities, is called a “SPARK” (MusicSPARK, FashionSPARK, FilmSPARK, etc.) and is organized by volunteers who create programming that best represents their art form, whether a performance, an exhibition, showcase. or interactive digital game. This open source leadership structure allows any organizer, talent or audience member to create and add value to the experience in their own way.”