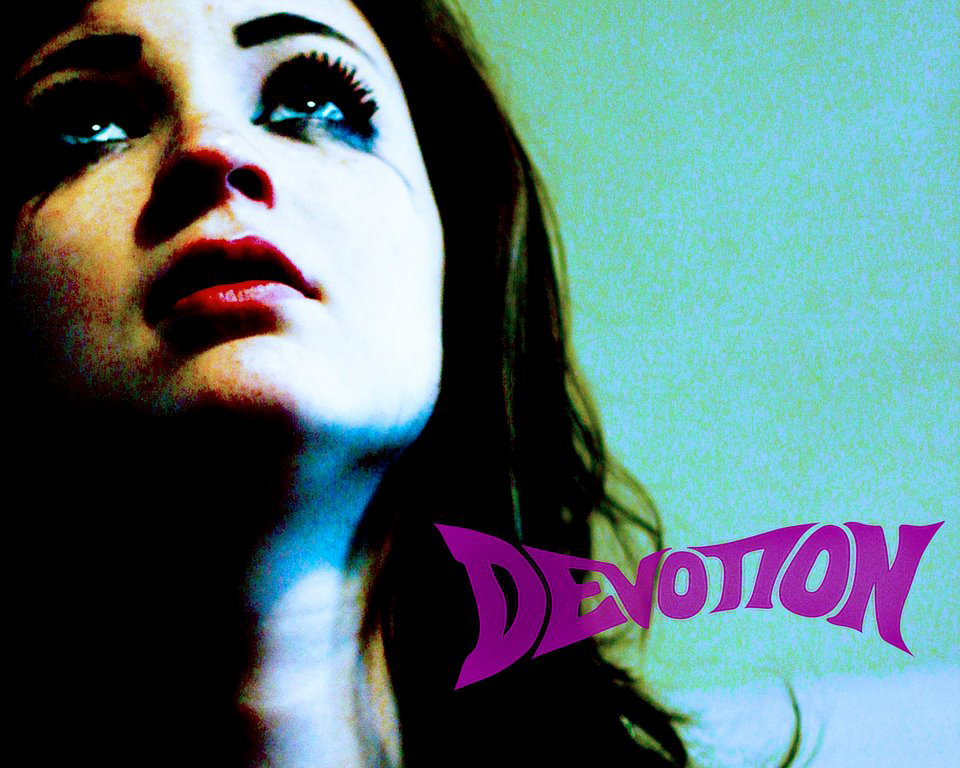 Jessie Seitz’s Devotion, an eerie and experimental psychological horror film, tells the jarring story of an investigation into a young woman’s suicide. Pieced together much like a David Hockney collage, the film is told in fragments of real-time footage, grainy “home movies,” and snippets from another picture titled The Devil’s Dress (which itself is an experimental film directed by one of the fictional characters in Devotion).

As the various pieces unite to form a somewhat cohesive whole, Seitz’s picture takes on a dream-like and hypnotic quality that is equally unnerving and taxing. 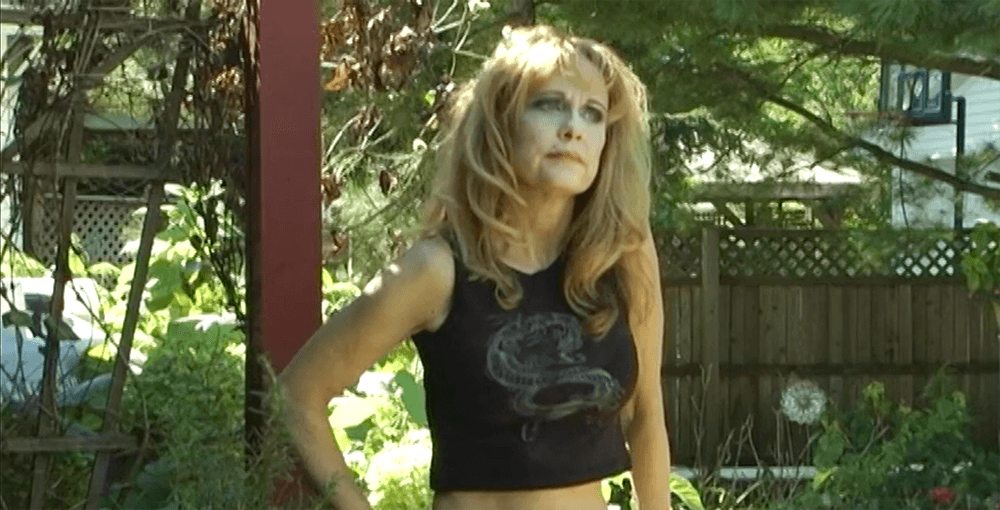 While ‘Devotion’ requires patient viewing on the part of the audience, the movie pays off with its unique character development, confident performances (including from horror-vet Linnea Quigley and from Jadie Marie Goodpasture), discomforting imagery, and jolt of an ending.

Haley Jay Madison offers an additional strong performance in the lead role, a troubled and inquisitive young woman named Jordan who remains determined to discover the truth behind her friend’s inexplicable death. Over a weird and discordant soundscape (one of the film’s many strengths), Jordan begins her research somewhat tepidly before becoming fully immersed in Addy’s life before she tragically hung herself. 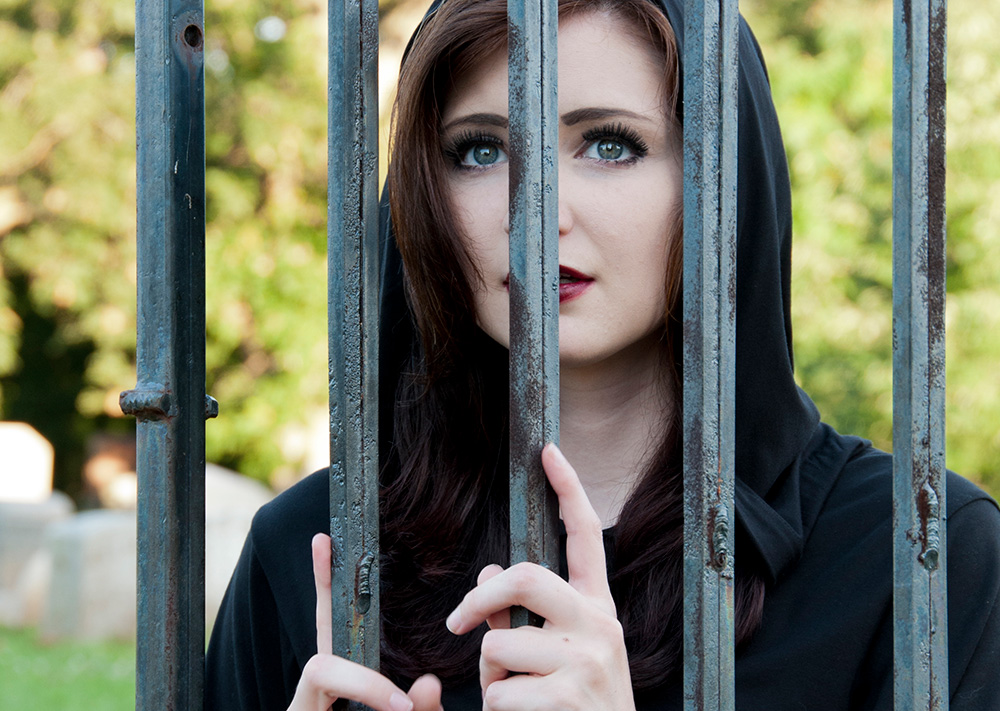 Jordan’s inquiry leads her to two of the Devotion‘s most memorable scenes: a bizarre and frightening encounter with Quigley’s character, and a nighttime journey inside an old movie theater near the film’s end. Both of these sequences reveal the talent behind the entire project: Seitz’s direction, the creepy cinematography (by Seitz and Victor Bonacore, who also stars), the disturbing music, and the subtle but powerful performances — all of these factors join together in an entertaining mosaic.

While I won’t claim to understand everything that ‘Devotion’ has to offer, the climax of the picture is stunning and haunting, providing imagery that will linger long after the final dissonant chords of the film’s soundtrack. 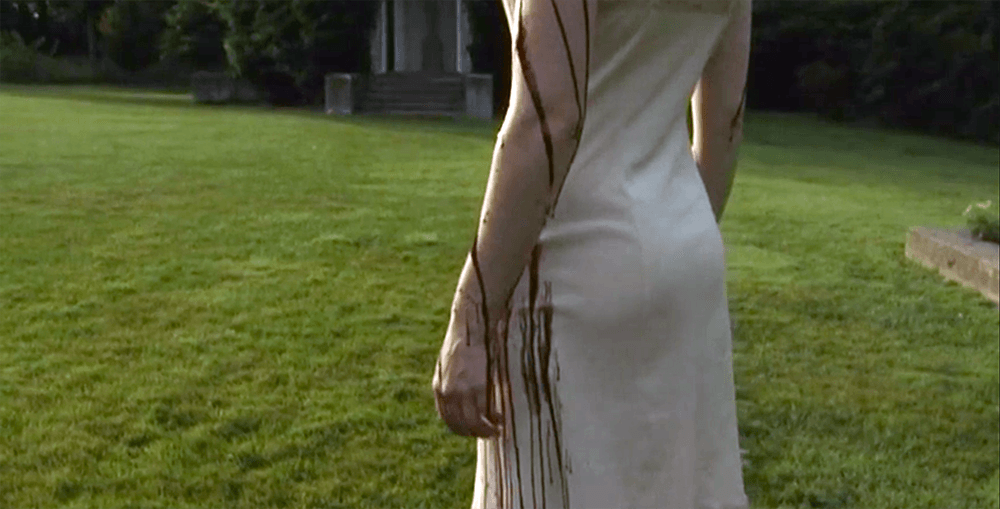 Devotion runs a little over an hour, so the film is perfect for a rewatch.

A black book embossed with the image of a heart, a clown with a black foam nose and a mouthful of blood, an intense bond between two friends and the idea that our lives (and deaths) might be dictated by forced beyond our control — all of these images and elements play a critical role in Seitz’s film. What they might represent, or how they factor into the plot, will most likely vary depending on the viewer — but that is the joy and the challenge of a passionate, art-house film like Devotion. 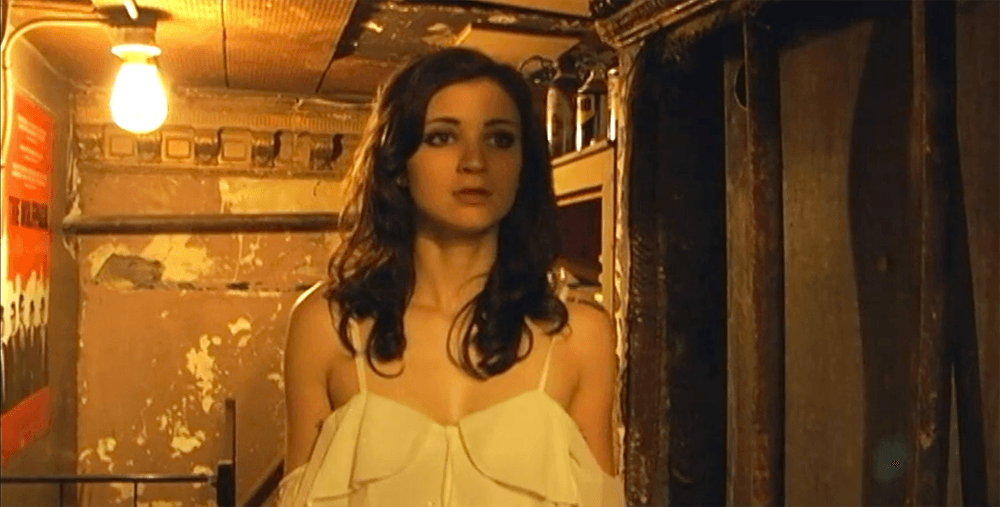 A movie like the recent Jigsaw may play to big crowds at the local movie theater down the street, but does this reboot of a dying franchise take any chances, leave the audience feeling shaky and unsettled, or feature performances that are genuinely raw and from the heart? Most people would most likely say no.

By contrast, Jesse Seitz’s Devotion responds to all of these questions with a resounding and disquieting yes.

Devotion is produced by Capricorn Rising and is currently making a film festival run. According to a recent Indiegogo campaign, the film will eventually be available on DVD and on digital platforms.